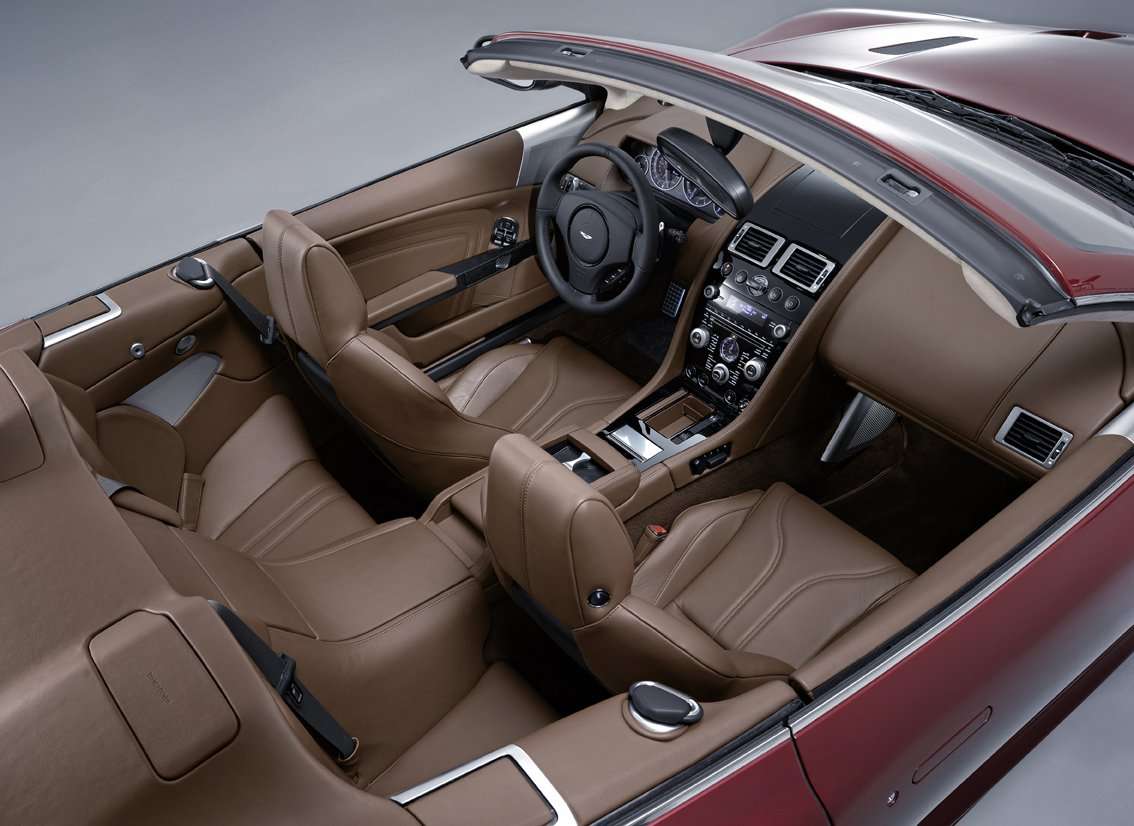 An amalgamation of remarkable contrasts juxtaposed to form something absolutely extraordinary, the Aston Martin DBS Volante both intrigues and enthralls in a way no other car I’ve experienced can do. Depressing the elegant and distinctive crystalline starter button unleashes an unexpectedly vicious bark from the exhaust system. Remarkably, while the sound is the unmistakable aural signature of a high performance car, the resonant burble the engine settles into at idle exudes sophistication wholly evocative of the handcrafted consideration that went into its creation.

And frankly, the same can be said about every other aspect of the car.

On the one hand, every aspect of the DBS is set up to accommodate high-speed operation. On the other, it is all cloaked in a graciousness not typically associated with that purpose. The seats are a perfect example; deeply bolstered and supportive, seemingly straight out of a racing car, they are finished in leather so supple a newborn’s face feels rough in comparison. One marvels repeatedly at the way the trappings of luxury have been bent to serve the needs of the enthusiast driver. And underway, I quickly came to an understanding of why this is so.  Said succinctly, this car flat flies! Snapping the throttle to the floor releases that bark again, except this time it’s more of an enthusiastic snarl as the hand assembled 6.3-liter V12 begins to deliver its 420 ft-lbs of torque. And while you’re relishing the beauty of the sound, affording it a mere four seconds of your attention to do so, the Aston is streaking past 60 miles per hour with lots of room left on the tachometer before the shift from first to second comes due.  Here’s the rub though, as vicious as it sounds, the DBS Volante accrues speed so smoothly and routinely you have to take in the blurring of the scenery to truly get a sense of the magnitude of it all. And when you do, it all comes together in one great rush.

Braking for the first corner, the firmness of the pedal combined with the ease with which modulation of braking forces can be accomplished, both astonishes and simultaneously instills confidence. The huge carbon brakes make the Aston extremely generous in that fashion. The DBS relinquishes speed just as quickly as it amasses it. Turning into the curve, you’re lavished with near mathematical precision from the steering, accompanied by tremendous adhesion to the tarmac.  As the Aston slices into the corner, the inimitable image of stability and control, your smile, the one you previously thought was a broad one, now spreads to encompass your entire face as you peg the throttle off the apex and go racing off toward the next opportunity to repeat the process.

Yeah, it really is that good.

On the Contrary, when conditions inhibit that exercise, and you have time to consider the interior again, everywhere you look the eye is rewarded with yet another outstanding example of beauty and attention to detail. In fact, the utter civility of it all will have you saying to your companion – even if you never speak this way – “Do be a dear and activate the audio system, would you?”

Afforded but a brief drive in the car, I can tell you it is an experience quite unlike any other. Lots of sports cars are fast and many are luxurious. Quite a few (most of them English, by the way) are both luxurious and fast. But the Aston Martin DBS Volante has the intoxicating blend of pace and grace absolutely optimally dialed in.