2011 North American International Auto Show: It’s All About the Future

While the hype of product at this year’s North American International Auto Show (NAIAS) focused on electric power, the electricity on the show floor was all about the industry’s optimism for the coming year. Between a recovering economy and the pent up demand from delayed buying decisions, the industry was euphoric about the chance for a good 2011. Interestingly, in spite of the high level of excitement about the coming year, no one is looking for it to be a great year, but good is just fine, thank you.

This enthusiasm was reflected in the way the automakers approached the show. More money thrown at displays and events, and more sizzle in the productions to introduce new product. Journalists ran from event to event, with more than 12 hours of press conferences on the first day – and only one manufacturer’s event on the second, as everyone fought to be a part of the party.

When Chevrolet’s electric Volt won North American Car of the Year there wasn’t a single person surprised. Chrysler folks were disappointed in the Truck contest that their two – of three – finalists, the Jeep Grand Cherokee and Dodge Durango – were beaten by Ford’s Explorer for Truck-of-the-Year honors. But all were winners from the underlying message that American manufacturers are not only back, but creating award-winning product.

The domestics introduced a number of new models or new iterations of existing models. Chrysler’s big news was the revealing of a next-generation Chrysler 300. The previous generation was both successful and popular, and in looking at the car there seems to be no reason why the new one won’t be equally well received. Its looks are evolutionary, you’ll have no trouble recognizing it. But new powertrains and efficient technologies word on making this large car more efficient. These include a 292-hp V6 engine and later this year an eight-speed automatic transmission. Sister brand Jeep also show a refreshed Compass with more off-road capability allowing it now to officially be “Trail Rated.” The Compass also gets new front and rear treatments and a new interior.

General Motors showed their new offerings, with a clear emphasis on smaller cars. Buick revealed their new Verano, a luxury compact car based on the architecture of Chevrolet’s Cruze. Without losing the Buick looks, thanks mostly to the clearly “family face” of the car, the Verano has the job of bringing more luxury to smaller cars. While an accepted concept in Europe and Asia, it’s been a tough sell in North America. Buick says it worked hard to make this compact quiet, an essential quality in a luxury car. It will be powered by a direct-injection 2.4-liter four cylinder with a six-speed automatic transmission. With cars this size selling a million a year, having a piece of this market is essential to Buick’s plan of attracting new buyers to the brand and they want potential buyers to see this as a “cool” Buick.

Chevrolet introduced a new sub-compact, called Sonic. It will come in four-door sedan and five-door hatchback styles with two engines planned. These include an Ecotec 1.4-liter turbo engine with 138-hp from the Chevrolet Cruze and the standard engine will be a 135-hp 1.8-liter four-cylinder tied to a six-speed automatic or five-speed manual transmission. 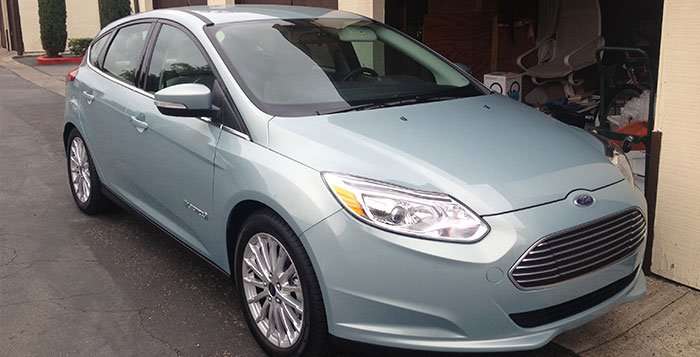 Ford’s extravagance, held in the Joe Lewis arena, also focused on small cars: showing all the coming versions of their new Ford Focus. This compact staging brought the heads of all three global units, America, Europe and Asia/Africa on the stage to talk about them. With Ford CEO Alan Mulally opening the presentation and Ford Chairman Bill Ford closing it, the message was clear: Ford is all about growing, and it will be in the small car market. With truck sales inching upward, they wanted us to see the unity of their high command in this strategy. The most interesting of the Ford models is the CMax. With sliding doors and a seven-seat layout, it’s as big as a compact-platform vehicle could be, and the idea is to convince Americans there’s enough room inside for family life, but still retaining the advantages of driving a micro vehicle. This is the essence of the battle for American hearts in the small-car world. Whether the lip service for efficiency and environmental concerns will survive the reality of daily driving will be key to the success of this strategy.

But the excitement wasn’t just in the American territory. Volkswagen revealed their new mid-sized Passat, which is larger, prettier and more efficient than the previous model. They’re talking a reduced price on the car to perhaps increase sales, but looking at this car, my guess is people who want it will be happy to pay to have its features match its great looks. Plus the sedan will be built in America and come with three engine options, including a diesel.

Sister brand Audi revealed the next-generation 2012 A6 to an appreciative crowd. The A6 will be available globally with two gas engines, three TDI diesels and a hybrid model. The design highlights the new Audi ‘family look.’ It’s sleek, aerodynamic body flows from the big Audi face. While smaller, you’ll see its strong resemblance to Audi’s flagship A8.

Honda showed what the next Civic will look like, unveiling both the sedan and the coupe in “concept” form. Since the Civic launches in just a few months, the concept moniker was there for legal purposes since there still may be some last-minute adjustments. But the car is better looking than you expect a compact car to be, and has a delightful air of sophistication. Clearly Honda continues the industry’s drive to make the compact segment more appealing to more people.

Hyundai continues its efforts as the most dynamic automaker by introducing a new model focused on getting young people excited about their products. With the Genesis Coupe to attract older and more affluent performance-coupe buyers, the Veloster is to fire up the young, but could do a job on anyone. I’d call it a coupe, but with one door on the driver’s side and two on the other, it defies design definitions. The cutting-edge looks are enhanced with what should be performance to match with a 1.6-liter engine that will use a dual-clutch automatic transmission or six-speed manual. Quite small, at 2580 lbs., the Veloster should be nimble and fuel-efficient when it hits the streets this summer as a 2012 model. Performance isn’t limited to the road, as it will have a standard 450-watt sound system.

So there were plenty of new cars to look at, but you couldn’t ignore the impact of electricity on the auto industry. Just about everyone’s got a buzz on about some form of electric powertrain. More importantly, there’s a push to get electricity out of its niche and into as many car segments as possible.

Nissan says they’ll push their all-electric Nissan LEAF in new directions and Chevrolet says the same about their Volt technology. Toyota introduced a new version of the Prius as the company’s boss and grandson of its founder, Akio Toyoda, told us there will now be a Prius family. Not a separate brand, but a number of cars named Prius that will emphasize different capabilities.

The first of the new designs is the PriusV, which is a larger, roomier version, in fact almost a station wagon. A PriusC model was also shown, but called a concept. It will turn “real” later down the road, but it’s smaller and will probably be the least expensive Prius. It might also be the fastest, as it’s quite a bit smaller and could bring some competition to Honda’s sporty hybrid, the CR-Z.

Mercedes-Benz didn’t introduce a new street car, but did show their cutting-edge SLS AMG E-CELL and announce that it will go into production. Although the fluorescent-yellow paint was a bit obnoxious, the car isn’t. The gull-wing doors let you in to drive an all-electric sports car that Mercedes says will accelerate from 0-60 mph in 3.8 seconds thanks to 525 hp and 649 lb-ft. of torque generated by four electric motors located at the wheels. They also showed their F-CELL hydrogen-powered B-Class car that will be leased to customers in California as a part of a testing program. Running on hydrogen, the only emission the car creates is water.

Not every manufacturer showed new product at their press conferences. Saab, which housed themselves in a tent across the street from the show, introduces themselves instead. After going through bankruptcy, the Saab brand was bought by Spyker and was at the show to tell us they are alive and selling cars. They displayed all their products including their soon-on-sale Saab 9-4X, a sports-ute. They also talked about plans for the coming two years, including a new 9-3, their most iconic car. 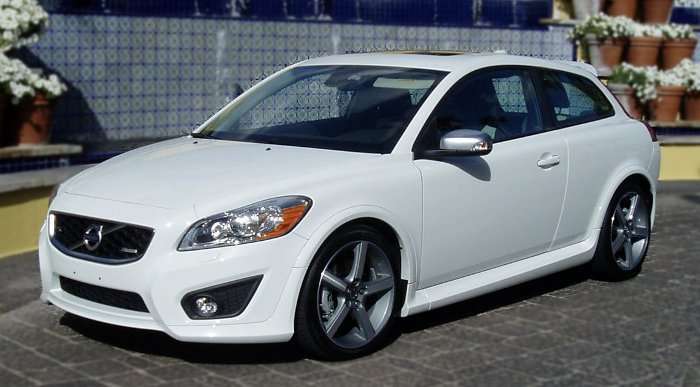 But the cleverest approach to not being able to introduce a new product was Volvo. As the only presentation by a manufacturer on the second day, they had our undivided attention as they introduced a wrecked Volvo battery-powered C30.

Their point? Volvo’s safety chief explained that an electric car reacts differently in a crash, and that needed studying. After explaining some of the differences the point was clear: having launched the Volvo S60 last year, a small company like Volvo might not have a new car to show, but they wanted us to know they did have a future and they were working hard on it. By combining safety, Volvo’s strongest consumer attribute, with electric power, the industry’s new hot button, in destroying one of the most popular upscale compacts, Volvo hit just about every point journalists were making about this year’s NAIAS.

That was clever, good and focused on the future, which pretty much sums up the show.