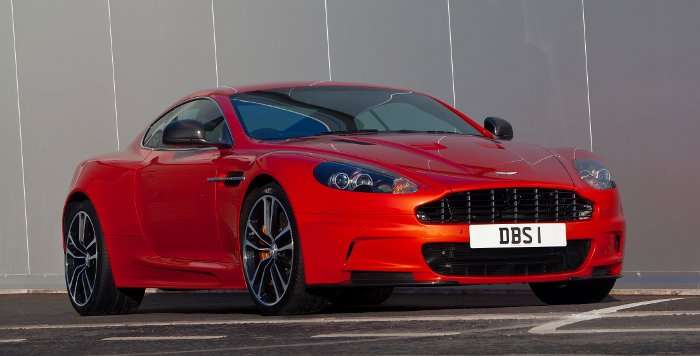 Carbon is the nonmetallic chemical element with the Atomic Number six and hails from Group Fourteen on the Periodic Table. When you bond together carbon atoms with fiber, the breakthrough metabolic engineering process results in a high-strength and decreased weight material that has a heightened tolerance for resistance, temperature and thermal expansion. Of course, carbon fiber is extreme in pricing and is utilized appropriately in aerospace, military and automotive motorsports fields. Aston Martin uses it fittingly for style, grace and performance in its nearly $300,000 DBS Carbon Edition.

It was a chilly winter afternoon at AR Headquarters in Silver Spring, Maryland when the Carbon Black DBS (also available in Flame Orange and Ceramic Grey) was unloaded off a transporter for my 4-day entitlement with the British 2+2 Coupe. The splendor of its progressive profile, elegant lines, and vividly acoustic growl attracted a neighborly crowd on our narrow suburban street. Initially, I drove the DBS quite timidly while reminiscing on my first few drives of Aston Martin’s team captain back in 2007. The vehicle was so empowering that we at Automotive Rhythms used its imagery for most of our marketing materials including today’s business cards.

If beauty resides in the eye of the beholder, then everyone that laid sight on the Carbon Edition must have been under an intense British spell because they stared at it like a resurrection. Its charismatic intent, posh hand-stitched cabin (70 hours to complete), available power, and quantity of carbon fiber energized my conscience with a minor bit of impetuous arrogance knowing “beauty and the beast” could electrify a crowd and simultaneously embarrass the majority of myopic sports car owners on the road. Specifically, carbon fiber comprises the side view mirrors, front chin spoiler, rear diffuser, door trim and pulls, sill plate, and the center stack. Though — I was a bit alarmed that the DBS was outfitted with 20” Pirelli P Zero performance tires in the middle of winter — and nevertheless reminded myself that discretion is the better part of valor. Yet, the vehicle’s 10-spoke black diamond embossed rims, replete with massive carbon ceramic rotors and black six-piston front calipers (yellow, red, orange or grey optional) are as mesmerizing as it gets for an in-house designed wheel package.

The weekend schedule was cleared to entertain business partners and pro athlete friends with the Carbon Edition coupe. First up was a 45-minute drive to The National Harbor to meet up with a few bankers and investors. The long stretch down I-95 allowed me to warm up to the DBS and eventually open up the hand-built 5.9-liter V12 engine and its 510 British raised steeds. Max torque is 420 at 5750 rpm, and 0-60 mph comes up in a scant 4.3 seconds with a top speed of 190 mph.

Now, the DBS isn’t the fastest sports car I’ve ever driven (that goes to the Bugatti Veyron), but it does do a lot of things well like braking and cornering. It’s not necessarily always about the pure number of horses under the hood. More important is the weight-to-horsepower ratio, which affects acceleration and braking. To my point, the aluminum and magnesium DBS felt so light and fluid that 510 horsepower can easily equate to 600 horsepower in a heavier vehicle. A six-speed Touchtronic 2 automatic transmission may be operated as a normal automatic or the driver can take control through the steering column mounted magnesium alloy and carbon fiber trimmed paddle shifters. A traditional six-speed manual is also available. I prefer using the paddles with sport mode engaged so shift points were in tune with my tantalizing acceleration strategies. And the exhaust sounds so delightful at low or high rpm. There was no point in ever using the horn, folks heard the DBS a block away before it presented itself. In D.C. we profiled the vehicle at the Mandarin Oriental and few posh restaurants and marveled at the amount of attention it attracted. 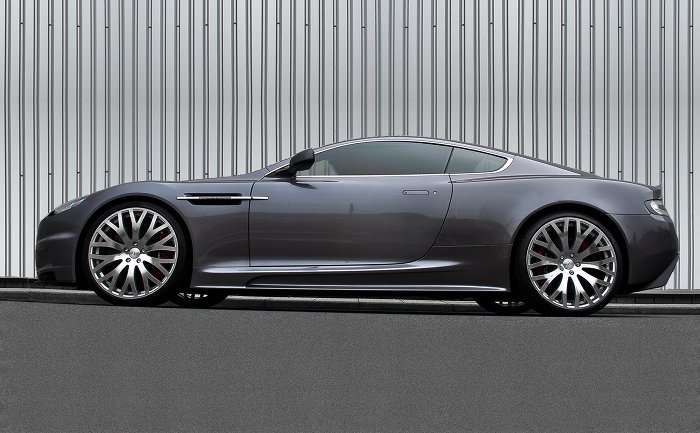 Safety and performance technologies are omnipresent and the key reason why this vehicle performs on such a high intensity level. Key features include Adaptive Damping System (ADS) with Track mode, Dynamic Stability Control (DSC) with Track mode, Anti-lock Braking System (ABS), Electronic Brakeforce Distribution (EBD); Emergency Brake Assist (EBA), and of course Traction Control (TC). The vehicle impressed a passenger and I when it came to a complete halt from high speeds in a shorter distance than we expected and without skidding.

When you prefer to drive the vehicle in a more relaxing manner, simply put the gearbox in automatic mode, connect your iPod, and turn up the volume to the 1000-watt Bang & Olufsen BeoSound audio system. Passengers consistently asked what the two raised, mini towers were from both ends of the dash. These tweeters add style and presence to the DBS.