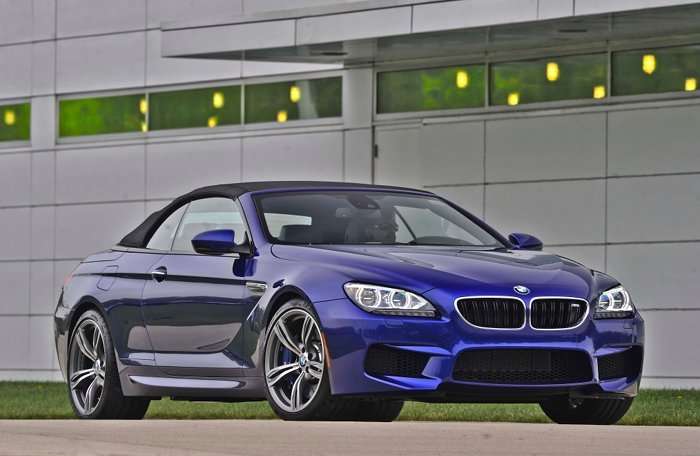 Certain vehicles garner attention simply on style and appeal alone. Others manifest their reputation from performance characteristics and thorough engineering. Then you have that group whose cachet is contrived from historical reputation. So what happens when you commingle all three characteristics into one super car? Pure bliss is created in the form of the 2012 BMW M6 Convertible.

First introduced in 2006, the ultra-elite convertible receives its DNA from the 1972 3.0 CS Coupe. And though it’s German born and bred the amenities of the new M6 makes it quite fitting for super heroes like Captain America. When you’re behind the wheel of an M car something magnificent transpires in your blood and lets loose euphoria that’s not so easy to obtain elsewhere. Well, maybe in a F-15 fighter. Yet you could easily say the M6 Convertible is most fitting for an Avenger or Superhero. I certainly felt like one during the initial press drive in Santa Barbara, California a few weeks ago. Especially when you engage either one of the two custom configured M1 or M2 buttons. But more on that later.

The original M6 came to fruition in 1987 with a 256-horsepower in-line 6-cylinder engine. Some years later the first M6 Convertible was released with an industry awakening 500-horsepower V10 motor. It maintained a 4-year lifespan from 2006 to 2010. Today’s M6 Convertible is derived from the base 6-Series Convertible which has pronounced character lines, sits lower and is a bit more defining in profile. Of course this is the fastest convertible BMW has built to date, yet it’s also refined and adds the classic touch of luxury you see in British sports cars and convertibles. The materials utilized in the cabin are welcoming and the technological features are state-of-the-art.

Let’s begin with the very essence of any M vehicle — the engine. The technically updated 4.4-liter V8 is borrowed from the explosive X5 M and X6 M SUVs and also sees duty in the new M5. It was tough keeping myself tamed when I had 500 lb-ft of torque available from 1,500 rpm under foot. Imagine that! Fuel consumption has been reduced by 23 percent over the previous gen M6, and a 34 percent highway mileage improvement means 422 miles from an enlarged fuel tank to optimize range, while borrowing Auto Start/Stop from the current M3. Please note I’m not a fan of Start/Stop technology. It’s very annoying and in some cases could have you believe that the vehicle has stalled. The innovative M TwinPower Direct Injection V8 also features twin-turbocharging and generates 560 horsepower at 6,000 rpm, helping to accelerate the M6 Convertible from 0 to 60 mph in 4.2 seconds. The 7-speed M-Double Clutch (M-DCT) Drivelogic transmission (also from the M3) with launch control was chosen over an 8-speed to handle the M6’s heavy torque loads. The M-DCT enjoys two overdrives — 6th and 7th gear — that aid in the reduction of fuel consumption. Keep in mind, discussions over the implementation of a second generation V10 were terminated by the future direction the company is embarking upon with regard to adequate fuel efficiency for its entire fleet. Yes, it’s tough, since many see a drop in engine size as non-macho with exhaust notes that are not as throaty. Yet the pros outweigh the cons in this case. 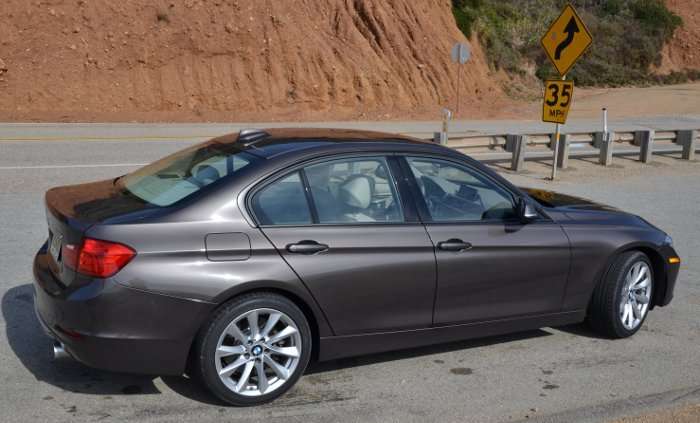 Other notable M features for this vehicle include a newly designed M steering wheel with M shift paddles, M Head Up Display, signature M instrumentation cluster, M specific upholstery, and M multi-contour seats that are very supportive. A black carbon trim interior is standard with several wood options available. My favorite technology however is iDrive, which remains exactly as is on the base 6 Series with a 10.2” display and the multifaceted BMW Apps and ConnectedDrive. Here you can pair your smart phone so the vehicle can run Facebook and Twitter, show your calendar, or play Pandora playlists. It also has Google search that sends query results directly to the BMW navigation and puts you on course. In Santa Barbara I took my white convertible and its cross-stitched mocha interior out on the town and found several Vegan restaurants that I couldn’t find on Yelp. Thus, I was satisfied in both respects! What’s also satisfying is the audible euphoria which resonated from the optional 12-speaker Bang & Olufsen Surround Sound system. It’s one thing to have concert sound in a sedan or coupe, but when you drop the soft top in about 19 seconds, then all eyes and ears are on you.

Perhaps the most appealing technology is the set of M1 and M2 buttons — each allows the driver to program the vehicle’s engine dynamics, suspension (damper control) and power steering (Servotronic) into Sport Plus, Sport or Comfort settings by way of three inputs on the left of the M Shifter. Below the shifter is the Drivelogic meter for adjusting the gearbox speed/shift points. Essentially, M1 can be programmed for efficiency by setting all systems in “Comfort” and M2 can be programmed for extreme sportiness and agility by setting all systems in “Sport Plus.” Actually, I like the M1 Comfort settings since the vehicle acts as a daily all around vehicle and still allows the driver to use the paddle shifters for control of power. M2 is needed only for extreme cases when you have to prove a point at the light or on a race circuit.

For high-speed stability and agility — especially out of corners — an Active M Differential was engineered into the new rear axle. The system measures throttle position, yaw rate and wheel speeds to ensure traction stabilization. Special Brembo co-branded M compound six-piston calipers with 15.7” rotors slow down 9.5” wide front and 10.5” wide rear 19” rims. A 20” wheel is optional. Onlookers will instantly notice your M6 Convertible by way of its hallmark blue M calipers. An optional M Carbon Ceramic Brake package that saves you 42 pounds is only available with the optional 20” wheels. The 6-piston matte gold calipers clamp down on huge 16.1” perforated rotors for optimal braking power.