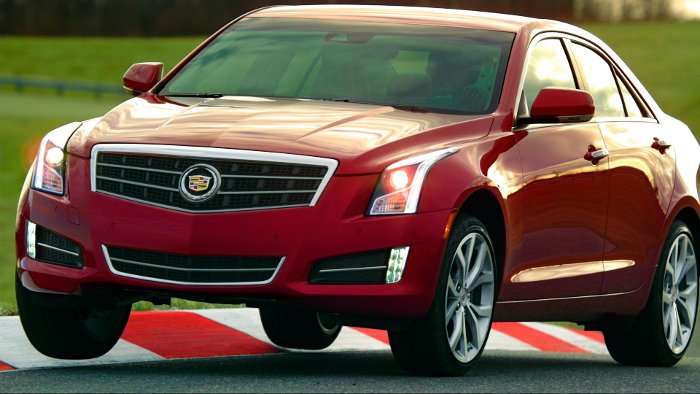 It is no secret that product is king in the business of consumer sales and marketing. If the mission is to sway public opinion in your favor, then the best way to do that is to win over human emotion with merchandise that emits euphoria and adulation. In the luxury segment of the auto industry, this complicated sequence calls for stellar designs, unsurpassed performance, long-term reliability, and modern technological conveniences to meet the expectations of our busy schedules. Well, Cadillac is finally rolling out its line-up of new vehicles to begin filling in the gaps to compete righteously with their German and Japanese counterparts. The successful launch of the Cadillac XTS large luxury sedan has now been followed up by the entry luxury level ATS compact sports sedan. And it’s an empirical fact that Cadillac is going after BMW’s 3 Series with a vengeance!

The ATS is a formidable competitor to the BMW 3 Series, Audi A4, and Mercedes-Benz C-Class, with the only challenge being the combined heritage and reputation of the German trio. In this case it’s not about comparing apples to apples, but more so what orchard your apples came from. Cadillac will certainly win over curious buyers, yet will have a challenge with German loyalists, especially those that adore the number “3”! Since this is one of two all-new vehicles launched in three years, Cadillac has to continuously educate the marketplace on their ATS offerings, which include a base model, Luxury, Performance, and Premium packages. After impressive runs at the newly built Atlanta Motorsports Park, Cadillac has shown that it has all the right tools to go head-to-head with the Germans. And talks are already setting the tone for an ATS-V to compete directly with the M3. It’s probably the reason that the sports sedan features a Brembo performance front braking system, which of course is the stopping power of choice for the CTS-V. The set-up features four-piston, fixed, two-piece aluminum calipers. After speaking with the PR team at Brembo, they seemed pretty excited and optimistic towards their domestic neophyte. 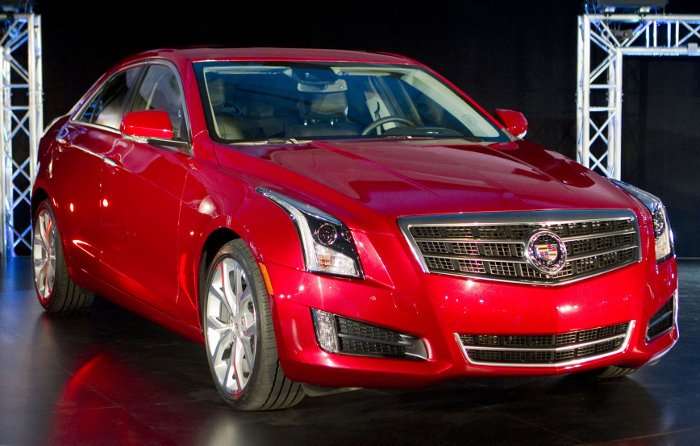 The fresh architecture for the four-door, RWD (optional AWD) ATS is oriented towards driving dynamics first. With a choice of three engines and two transmissions, pricing will start from $33,990. The base engine is a 2.5-liter 4-cylinder with 202-horsepower and 191 lb.-ft. of torque and built in RWD form only. It is paired with a 6-speed automatic transmission with manual shift and moves from 0 to 60 mph in 7.5 seconds. In my experience the mid-level $35,795 2-liter 4-cylinder Turbo was the most exciting of the three choices, especially on the track. It kicks out 272-horsepower and 260 lb.-ft. of torque between 1700-5500 rpms and moves from 0 to 60 mph in 5.7 seconds. Buyers can choose the 6-speed auto with manual shift or a 6-speed manual and either RWD or AWD. The automatic comes with large magnesium butterfly shifters and holds gears until redline when engaged in “Sport” mode. This combo gives you a very focused drive and quick shifting when necessary such has downshifting into a turn or upshifting on a straightaway. The last engine of choice for the ATS is GM’s bread and butter 3.6-liter V6 ($42,090). In this iteration it puts out a commendable 321-horsepower and 275 lb.-ft. of torque and moves from 0 to 60 mph in 5.4 seconds. The 6-speed automatic is available with either RWD or AWD. Acceleration is good for everyday driving but lacks excitement.

One of the ATS’ top innovations and probably my favorite technology is CUE (Cadillac User Experience) which debuted on the 2013 XTS. The touchscreen multi-media interface incorporates OnStar with automatic crash response, navigation, weather reports, audio, Bluetooth, climate control, and Pandora Internet Radio. The weather button is detailed and precise and lists temperature hourly, daily or by each 36-hour period just as your Weather Channel phone app does. Voice command was another added benefit but at times it misunderstood our verbal requests. CUE is very intelligent but has a specific learning curve and new owners, whether younger or older, will need operational instructions on how to use it properly just as Apple does with its in-store workshops for owners. However, the touch command was a tad bit slow and my vehicle icon on the navigation kept driving off the screen opposed to showing me real time positioning. Maybe there was a bug in the system.

The interior, just like in the XTS, is inviting and finessed with multi-layered materials and trim like wood and leather. There are actually seven interiors to choose from such as the Morello Red with Jet Black accents and carbon fiber trim or Jet Black with Jet Black accents and brushed aluminum trim. Full color head-up display is optional as is the $600 Cold Weather Package that adds heated front seats and a heated steering wheel. The Safety Alert Seat is novel as well. It vibrates during certain acts — for example — when the vehicle veers out of its lane. Bose has incorporated its noise cancellation technology into the ATS for concert style audio. If you’ve experienced their QC15 headphones on a plane then imagine this custom designed 7-speaker audio system on the road. The only drawback with the overall cabin configuration is the lack of space in the back row, especially when larger people are occupying the front seats.

Back on the track, we admired the playful skills of the ATS. An adjustable sport suspension with Magnetic Ride Control allowed the car to adapt instantly to the busy circuit’s turns and elevations. A 50/50 weight distribution kept the vehicle balanced on either 18” or 17” rims. Of course we took traction control off for true fun on our short but quick laps.

It will be interesting to see how the BMW 3 Series face-off goes. I’m always up for a good challenge. And so is Cadillac!