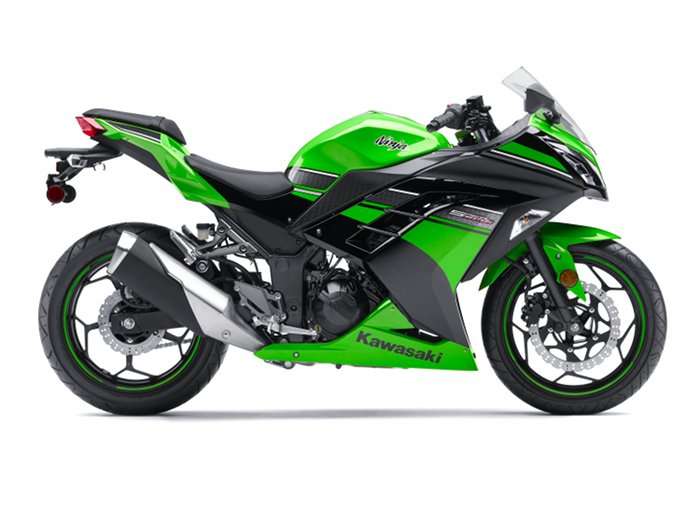 After years of great competition the best-selling Ninja 250R sportbike had finally begun to see challenges from other manufacturers. So they unveiled the new 2013 Ninja 300, which thoroughly dominates its lightweight sportbike competition on the performance front, and it also significantly ups the ante for refinement, ease of use and overall practicality. Thanks to a new digital fuel injection system, and a new F.C.C. clutch with assist and slipper functions, this new 300 is the best lightweight sportbike, by far, when it comes to overall performance and sporting capability.

A revised six-speed transmission features thicker gears to help cope with the extra torque from the 300’s new engine. The transmission also features Kawasaki’s positive neutral finder to make finding neutral a cinch when stopped. This efficient engine and transmission help the Ninja 300 provide plenty of enjoyment from the initial learning curve, all the way through advanced sport riding, track days, and club racing. Operating that transmission is now easier than ever, thanks to a new F.C.C. clutch with assist and slipper functions. This new clutch reduces lever effort by up to 25%, while increasing the clutch’s ability to handle the extra torque generated by the 300’s more powerful engine. The new clutch’s slipper design also helps reduce rear wheel-hop that can be caused by aggressive downshifting. 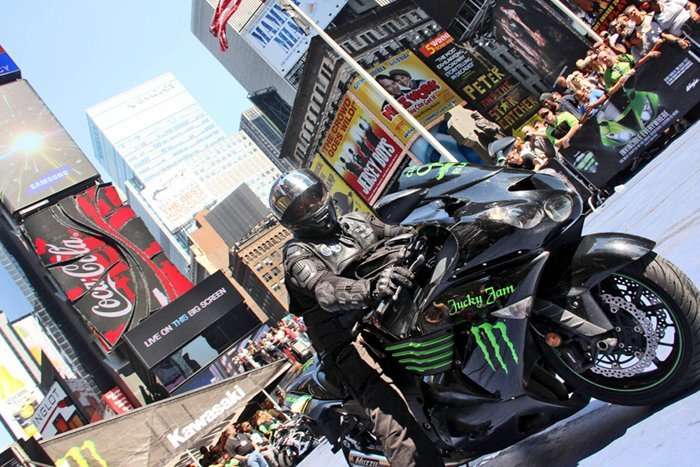 The Ninja 300’s extra “go” is complimented by the extra stopping power offered by its petal-type front and rear disc brakes which feature new longer-lasting brake pads offering a more progressive feel. Its 290mm front and 220mm rear brake rotors are gripped by powerful two-piston hydraulic calipers. Like all Kawasaki Ninjas, the new 300 is equipped with high-quality components and was tuned using feedback from professional riders at Atopolis raceway, to help ensure class-leading performance and an entertaining ride for even the most advanced riders.

The Ninja 250 was always known as one of the best handling sportbikes on the market. To uphold the family honor, the 2013 Ninja 300 features a new frame that uses new high-tensile steel main tubes that are 150% more rigid than the tubes in last year’s model. Revised tube shapes and additional gusseting also help provide better longitudinal stiffness for better feel during extreme sport riding. Though the main frame is more rigid for better handling, not all rigidity is positive; that’s why Kawasaki engineers designed new rubber front engine mounts that help make this model noticeably more smooth, despite the extra power produced by its new 296cc engine.