2013 M6 Coupe and Convertible: The World is a Grand Prix 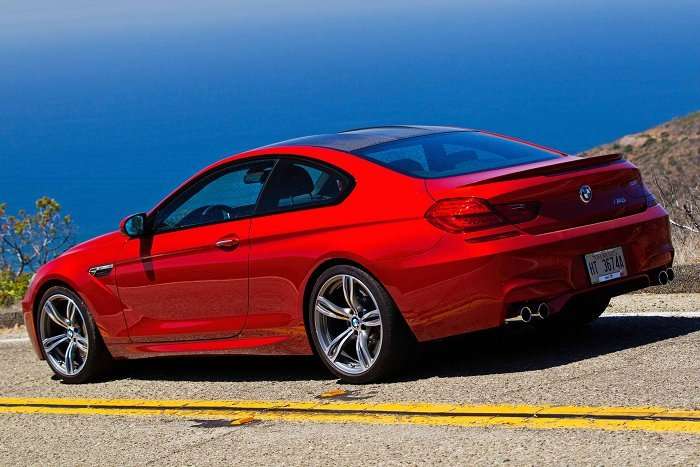 I wish I could take credit for the catchy headline of this review. Truth is it came from BMW’s U.S. consumer Web site. Media sites are cool and give me a ton of information, but it’s interesting to see how manufacturers market their cars to potential buyers. Make no mistake about it, the site for BMW’s vaunted M cars is totally focused on the domination of everything on the road.

I had mistakenly left the volume up on my desktop computer with two satellite speakers and a 10” subwoofer. Little did I know I would be ducking out of the way of the ferocious engine sounds that would soon emanate from those speakers. The audio tracked then blared: “If you listen closely, you can actually hear the asphalt tremble in fear. The street isn’t used to a car like this, because it’s no ordinary car.” Exaggeration? Yes and no. Of course, the asphalt won’t tremble in fear, but drivers of the M’s main competition may do just that.
And please don’t call this a “Beemer.” This is not your yuppie mobile from the 80s and 90s. This is a true Bimmer, bred to run on Germany’s famed Autobahns without breaking a sweat. Every BMW is dubbed “The Ultimate Driving Machine.” Stepping up to the M Series must mean you are driving the “Otherworldly Driving Machine.”
First, a bit of M History. BMW M, also known as M-Technik or just “M” (for Motorsport) was initially created to facilitate BMW’s racing program, which was very successful in the 1960s and 1970s. As time passed, BMW M began to supplement BMW’s vehicle portfolio with specially modified higher trim models. These M-badged cars included modified engines, transmissions, suspensions, interior trims, aerodynamics, and exterior modifications to set them apart from their counterparts. All M models are tested and tuned at BMW’s private facility at the Nürburgring racing circuit in Germany. The first official M-badged car for sale to the public was the M1, revealed at the Paris Motor Show in 1978. The M1, however, was more of a racecar in domestic trim than an everyday driver. The direction of the M cars changed with the 1979 release of the M535i, which was a high performance version of BMW’s 5 Series mid-size sedan.
Perhaps the most popular of the M cars are the M3 and M5, both common on racetracks and motorways worldwide.
Recently, on the roads and at Mazda Laguna Seca Raceway in California, we had the opportunity to view some early M Models, like the timeless M1, and drive beastly iterations of the 2013 M6 Coupe and Convertible. Not only was I blown away by the technology and performance in these cars, I want one, and if you’ve followed my reviews over the years, you know I am an Audi and Mercedes-Benz kind of guy. Well, sorry Four Rings and Three Pointed Star, I now want a Propeller Badge in my driveway. 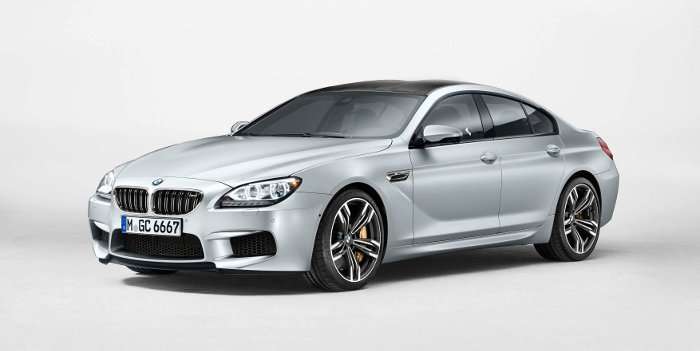 Any conversation about BMW starts with performance. The 500 horse V10 from the previous M6 is gone, replaced by a 4.4 liter twin-scroll, twin-turbocharged V8 making 560 horsepower and a staggering 500 pound-feet of torque. Zero to sixty mph clicks off in a quick 4.1 seconds, super impressive when you consider the M6 checks in at just over 4200 pounds. The engine is mated to a seven-speed double clutch transmission with paddle shifters and Drivelogic. Shifts are lightning fast and very precise.
When you want all out performance, you can select several drive modes for the M6 through two programmable “M” buttons on the steering wheel. These buttons allow you to adjust to your liking throttle maps, shift points, chassis damping and steering effort. There is even an “EcoPro” mode and auto start/stop technology to save fuel, but these are useless features on such a high performance automobile. Fuel economy be damned!
I drove both the M6 Coupe and Convertible. On the track, we drove only the M6 Coupe, which was fine by me given the safety of the fixed roof. Not that the Convertible is unsafe, given its automatic rollover protection and other safety features. The first laps were with professional BMW Performance Driving School instructors, who taught us the lines of Laguna Seca, a track that features a variety of challenging driving scenarios, including the iconic “Corkscrew,” which has swallowed up some of the best of drivers. In the Corkscrew, the road seems to literally fall away from you. With the prowess of the M6, and a great instructor, I tamed the beast with no issues.
Power from the twin turbo V8 comes on in gobs, and you could easily break traction on the tires coming out of turns if not for the advanced driving dynamics systems onboard. For fun, the pros turned these systems completely off during “Hot Laps.” Watching the big coupes power drift through tight turns was a sight to behold. 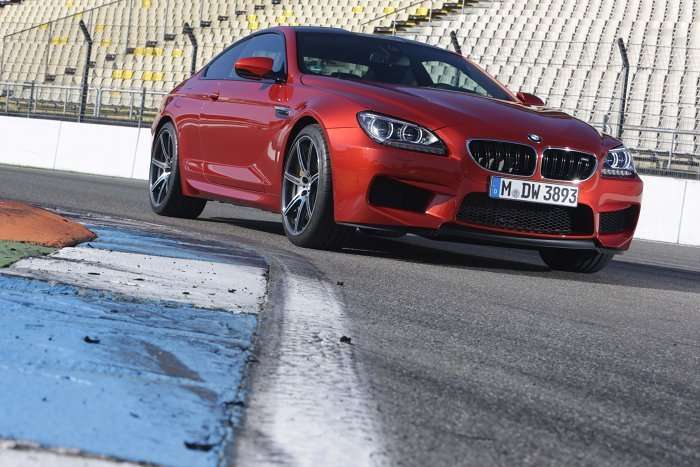 On the scenic highways, the M6 Coupe and Convertible are docile enough to enjoy steady-state cruising without a punishing ride or cacophony from an exhaust system on steroids. It’s like the perfect performance/luxury automobile: When you are ready to rumble, it’s a kick-ass machine. It can then put on a tuxedo and escort you to the opera without making a fuss. All the while coddling you and your lucky passengers in a cabin that is typical BMW – which means it’s all business. Standard M6 luxury accoutrements include the usual comfort and convenience items you expect in an expensive car. Bluetooth, advanced telematics, superior sound system, leather, advanced climate control– it’s all there.
Styling for the new models is evolutionary. They’ve cleaned up an already beautiful design. And bring a towel when you look at the Carbon Fiber roof treatment on the Coupe to wipe up inevitable drool.
On the safety front, BMW has thrown every alphabet into the soup they could think of. From programmable stability control, to lane departure warnings to night vision, all bases are covered. As mentioned earlier, with the Convertible, comprehensive rollover protection is standard equipment. The entire BMW line should be considered when buying a vehicle based on safety, and not just performance, is your priority.
And membership in the M6 Club has its privileges, as owners enjoy several no cost benefits: