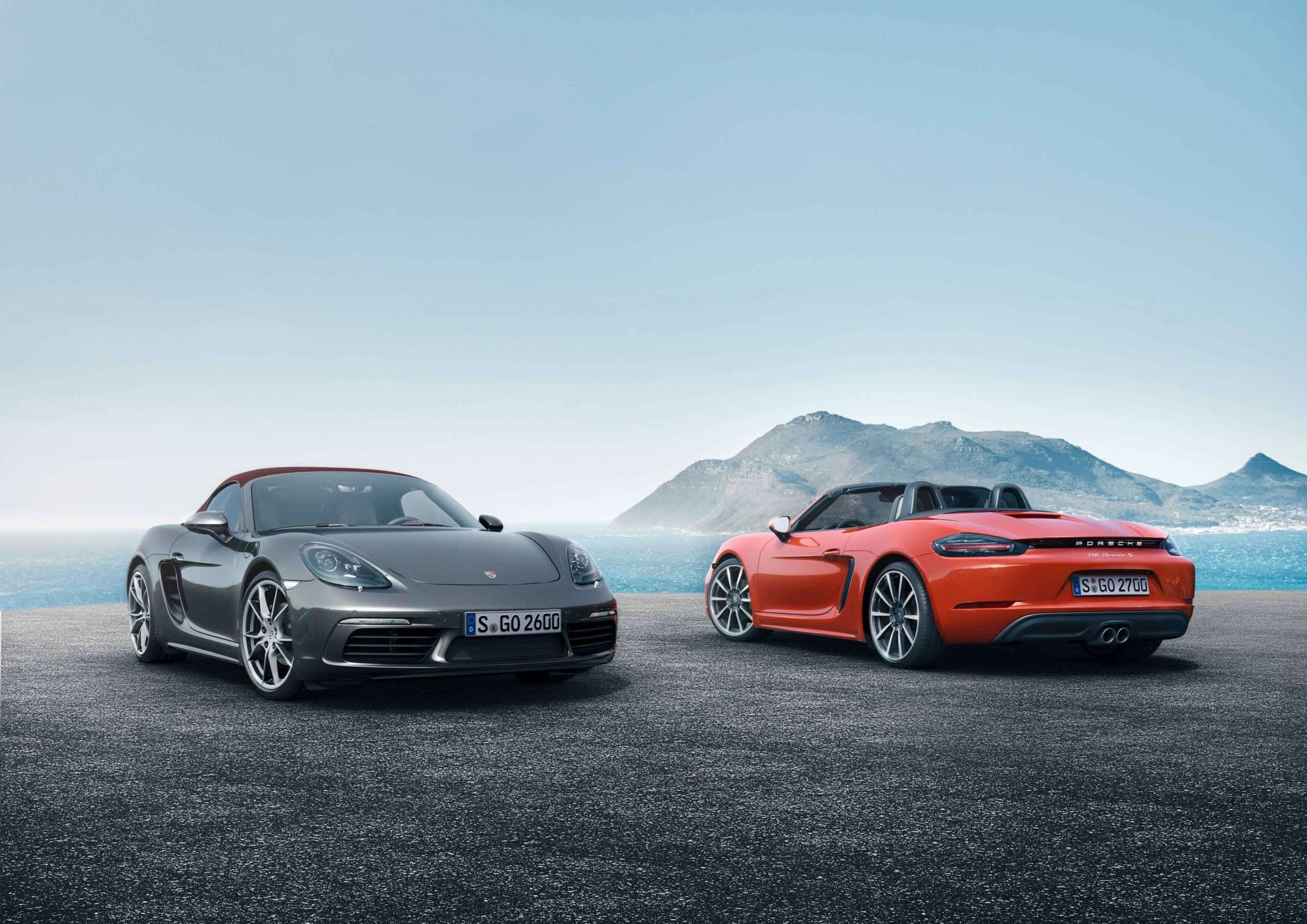 Sixty years of performance heritage speaks volumes for any brand. For Porsche, it represents a history full of race engineering and technological experience. This experience allows their product development team to create new and exciting vehicles like the 4-door Panamera while concurrently enhancing crowd pleasers such as their sports cars that roll on the lightweight, mid-engine concept. Let’s give a round of applause for the all-new 2013 Porsche Boxster and Boxster S.

Introduced in 1993 and codenamed 986, the Boxster name came about by mixing Porsche’s horizontally opposed “boxer” engine with the term “roadster.” The theory was simple — Stuggart wanted to entertain consumers with a new model below the 911 but without forsaking the value and reputation of the German company. Mission accomplished. Since its introduction, the Boxster has only undergone two complete redesigns with the first coming in 2004. And as evolution would have it, a 3rd generation Boxster was needed to stay in tune with the passion and technology Porsche instills in all of its vehicles. Internally labeled 981, the 2013 Boxster refuses to disappoint in mostly every category for those seeking a smaller performance roadster. 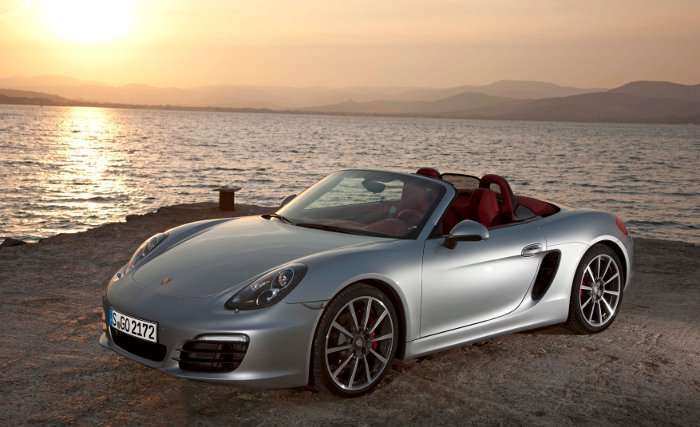 To experience the major improvements of the Boxster and Boxster S we diverted from the 82nd Geneva International Motor Show in Switzerland to the South of France where the mixture of cool and warm air would allow us to define the true characteristics of the Boxster including its advanced soft top. The skinny is that the mid-engine roadster has a longer wheelbase, is wider and lower, and has new aluminum doors. Both the front and rear trunk lids are made of aluminum as well. In fact, 47% of the vehicle is aluminum while the rest is comprised of high-strength steels. Racecar inspired vertical headlamps — either halogen or Bi-Xenon — are embedded within the arched front fenders and connect the fender for a fluid transition. Porsche tries to maintain a family resemblance with every vehicle so they don’t attempt to alter the fascia much. An exclusive line in the door helps create an indentation that draws air into the large intakes so the water-cooled, flat-six engine can breathe easy.

It was a chilly morning when we left St. Tropez in route to Nice with a brief stop in Cannes. My drive partner and I were assigned a white Boxster S with the optional 20” black spider rims tucked in 235/35/ZR20 Pirelli tires. The Boxster S comes standard with 19s while the Boxster gets a set of base 18s. Our vehicle was outfitted with red 4-piston Brembo calipers (base Boxsters get Black calipers). Yellow calipers mean you’ve opted for the Porsche Ceramic Composite Brakes.

Of course we started out the drive with the top up. The cabin is a bit bigger so I felt more comfortable than in the prior model. The headroom was adequate as well unless you’re 6’5” and over. I’m 6’ tall and felt comfortable. The interior is new including the enhanced and optional Porsche Communication Management system (PCM) with its 7” touchscreen. The drive to lunch was fun and exhilarating. Between the car’s infotainment and performance we certainly worked up an appetite. Navigation was used extensively and though I like the functions of PCM, the graphic arrow that represents the vehicle was off quite a bit. Many times we questioned each other if it was pointing right or straight, though I doubt if Porsche purists would be concerned with such quibbles. The most intuitive map feature is the ability for PCM to set an approximate arrival time by the speed limits along the route opposed to the current speed of the vehicle. Audio can be streamed via USB and Bluetooth by way of three audio systems including an optional 10-speaker BOSE Surround Sound System. Keep in mind most features are optional with Porsche. Typical Porsche gauges with speedometer in the middle are right where you remember them. The outer right gauge is very smart and displays an array of functions such as a secondary map so you don’t lose focus while navigating your Boxster or Boxster S. 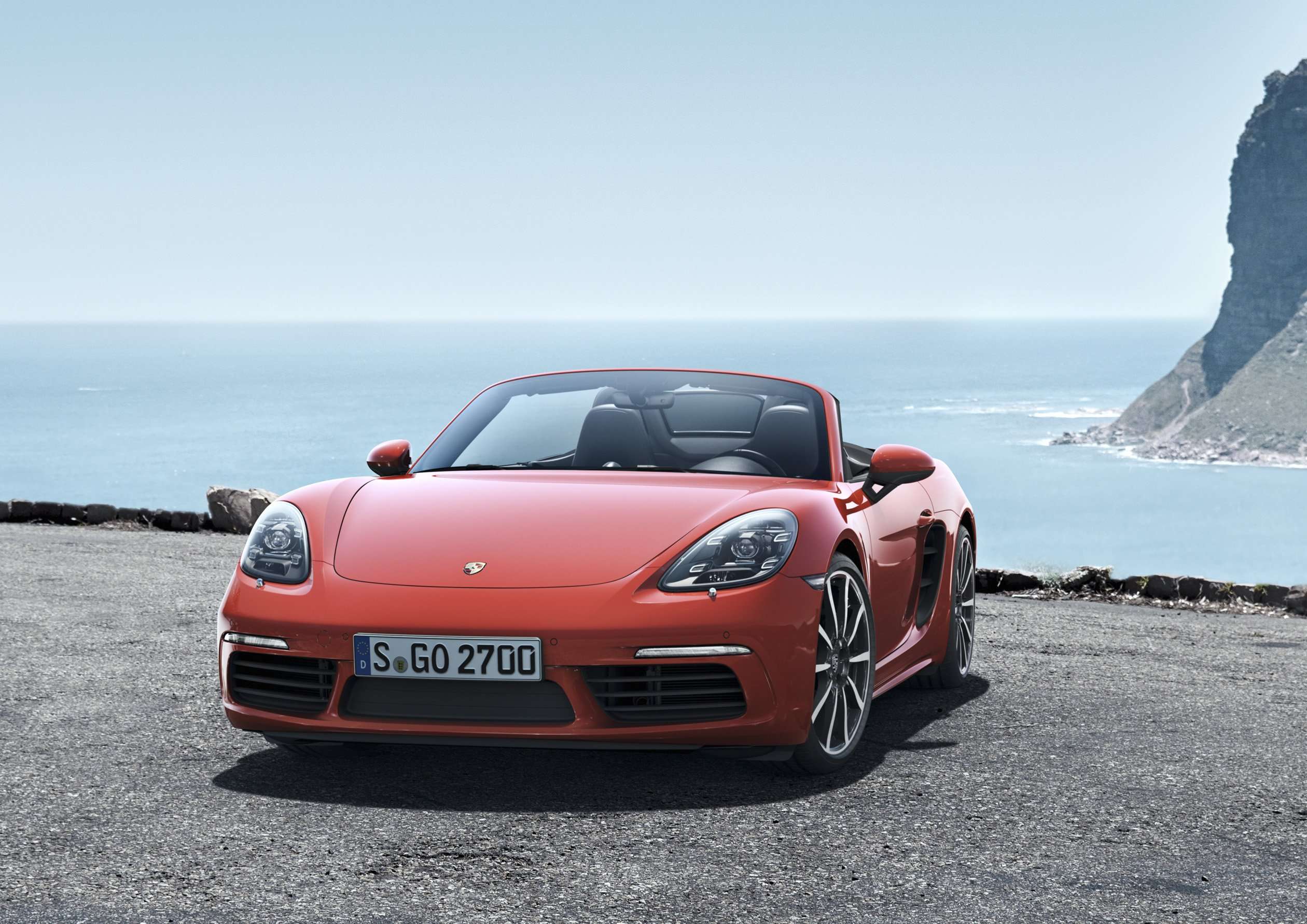 Midway to the lunch stop at Moulin De Mougins the Sun presented itself so we dropped the top on the fly while driving. It stows away in 9 seconds and can be opened or closed while cruising up to 31 mph. Porsche also did away with the compartment lid to reduce weight. The enhanced soft top is made of thicker acoustic textiles and a lighter frame that doesn’t show any ribs. At times it was so quiet we forgot we were in a convertible. Moreover, the top is longer, the windshield is less upright and the rear windowpane is larger.

The route was becoming challenging as we detoured through mountain roads that settled in like racetracks with chicanes and hairpin turns. This is where the Boxster’s 46/54% weight balance came into play. As light as the vehicle is, the 3.4-liter boxer engine that sits fore of the rear axle felt extremely good. Its 315 horsepower and 360 pound-feet of torque do not sound like much, but sit back as the German purveyor of sports cars and sporty SUVs puts Porsche Intelligent Performance to work. A base 6-speed manual or the optional and improved 7-speed PDK dual-clutch transmission ($4,000 U.S. option) integrates with either the aforementioned 3.4-liter or the 2.7-liter found on the Boxster. The smaller engine replaces the prior 2.9-liter and has increased by 10 horsepower to a total of 265 horsepower. Though output has risen and the vehicles are faster, fuel consumption has improved by up to 15%. Direct injection and an auto/stop function are partially the reasons.

The performance of the Boxsters varies depending on engine and option combinations. For instance when you add Porsche’s optional Sport Chrono Package to a PDK equipped Boxster S, 0 to 60 mph acceleration time is 4.5 seconds. In fact, this equation helped the Boxster S to a 7:58 lap time on the Nürburgring; 12 seconds faster than previously. Additional acceleration ratings are 4.8 seconds with the 6-speed manual and 4.7 seconds with PDK. The Sport Chrono Package — which also includes three transmission mounts to reduce vibration and engine sway — is ideally for race circuit scenarios. 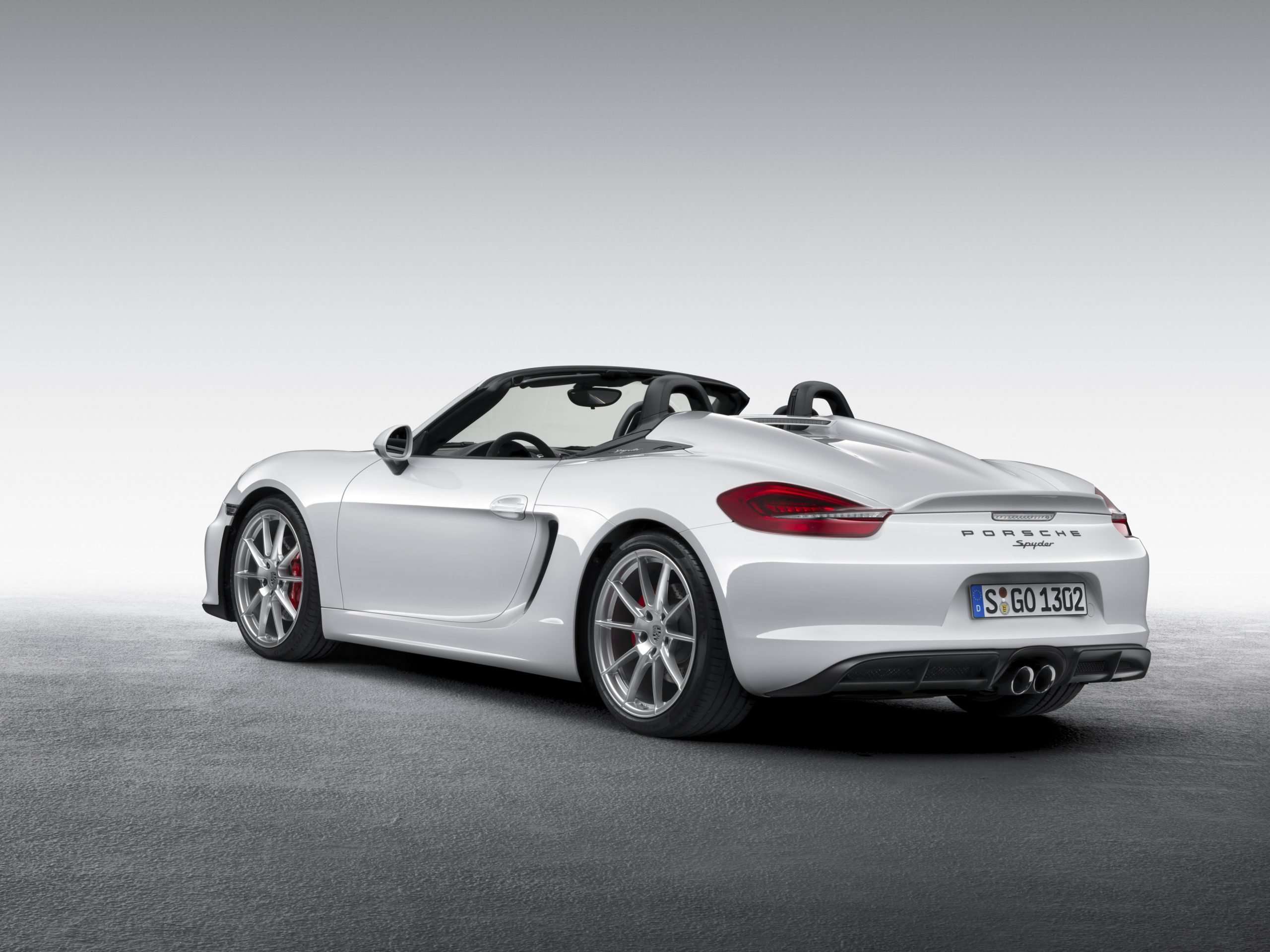 Back on the road I was impressed with PDK’s functions. It shifts gears much faster than anyone could with a manual tranny. The “Sport” button is now standard and is reserved for spirited driving. For example, the car will hold each gear a bit longer than normal mode and the twin center exhaust pipes are a bit throatier. Sport Plus advances this more dynamic shift strategy even further. And when braking from high speeds, PDK will downshift to match the gears with engine speed. This all translated into impeccable driving in Southern France. Turn inputs around tight bends were sharp and direct with the vehicle’s new electro-mechanical power steering while Porsche Torque Vectoring (PTV) offered encouraged confidence knowing its rear center differential provides added traction in corners.

Three hours into the drive we ended up at the lunch venue outside of Cannes. We ate well and chatted about the many changes to the 2013 Boxster S before heading out again in a platinum silver metallic Boxster S with a Yachting Blue leather interior. My partner now chose the 6-speed manual that allowed for quick, hard shifting. A few times I was jolted back when he gunned it abruptly. At this rate we arrived in Cannes in just minutes. Then we slowed it down a bit to enjoy the sights and allow onlookers to enjoy the Boxster S.