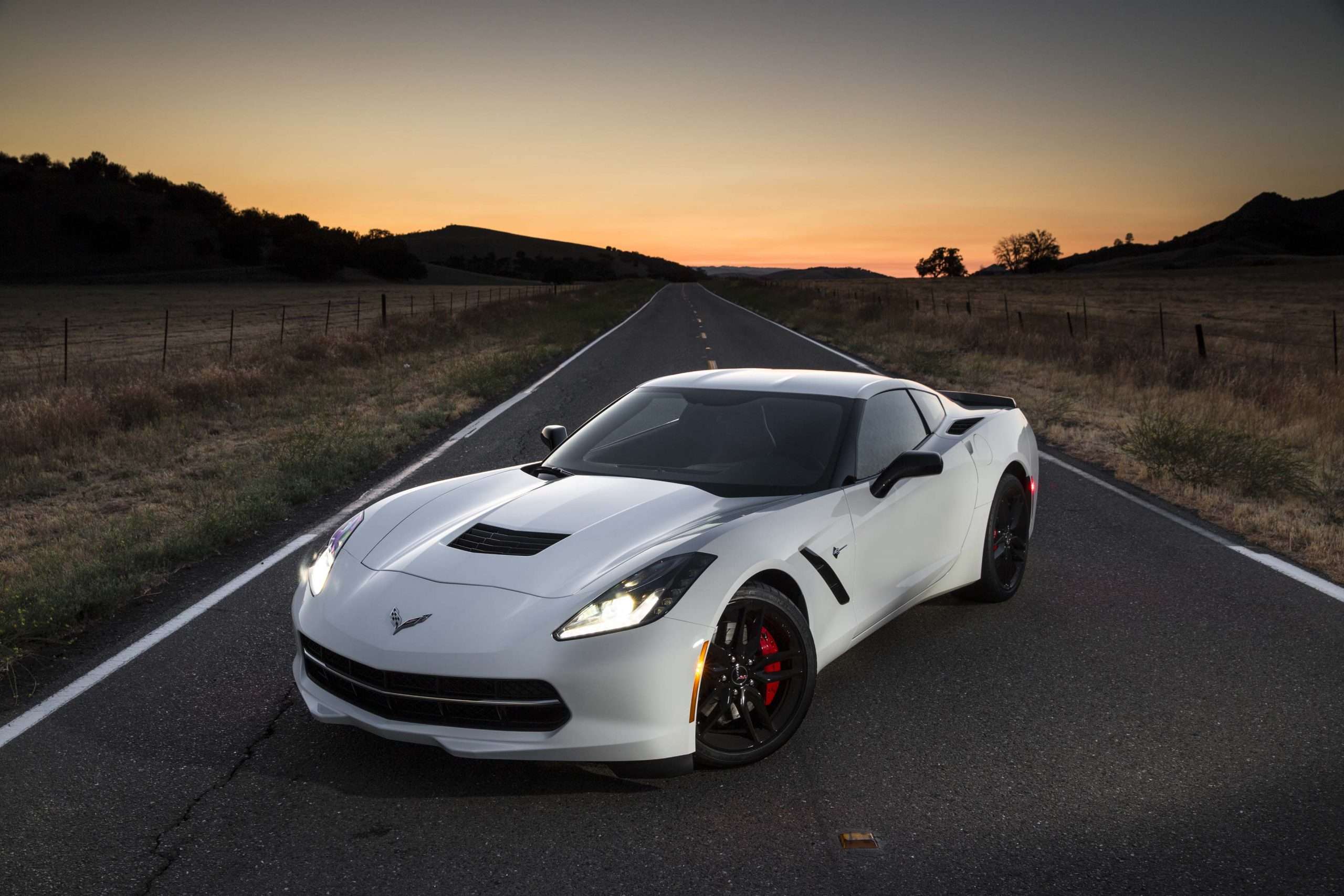 Don’t call it a comeback, the ‘Vette has been here for years. In fact, it has remained the American idol of many since 1953 when Chevy first embarked on history with the sports car. To showcase their all-new supercar, GM executives rolled out the red carpet at a private media event during the world debut earlier this year at the Detroit International Auto Show. The Stingray made national and international headlines as if America had sworn in a new President. At the end of the conversation I couldn’t think of a more indelible manner of showmanship if the domestic brand had to do it all over again.

The Corvette still reigns supreme as the best-selling sports car in the United States with a whopping third of the segment’s sales. Its prominence has always been meaningful and fan base loyal, but Chevrolet needed to exercise their deep roster of designers and engineers to transform the C6 into a C7 that was a bit more evocative, distinguished, and savvy inside and out to elevate it to Porsche 911 status and beyond. Yes, Corvette is a dream car, but mainly the fascination of an older generation. The brand endeavored to attract younger and more affluent buyers for the C7. Reinvention by reviving the “Stingray” moniker was just the tipping point for the 2014 Corvette’s debut.

“The 2014 Corvette Stingray perfectly embodies Chevrolet’s mission to deliver more than expected for our customers,” said Chris Perry, vice president, Chevrolet marketing. “The Corvette Stingray delivers a combination of performance, design and technology that very few manufacturers can match, and none can even come close to for $52,000.” He’s exactly right, starting at $51,995 (include a $995 destination charge) for the Coupe and $56,995 for the Convertible you will be hard-pressed to find a better value in a top gun, unless you simply fancy German or Italian sports cars and price is irrelevant to your budget. Frankly, I would stick with the Coupe since all have targa tops and simply transform into convertibles. Now you have two cars for the price of one.

When the Stingray flashes before your very eyes you are left in awe because it is simply bad to the bone. While testing in Monterey, California a young driver followed us for a few miles while recording video on his phone with one hand on the wheel. He even turned around to get the front end at speed. We certainly do not condone such behavior, but my point is centered on how magnetic the vehicle becomes to the retinas! Its physique is chiseled yet exotic, and the rear is wide and stealthy with square taillamps replacing the hallmark circular lights. Four centered exhaust tips look as if they have something menacing to say. And they do, especially when the Stingray is engaged in sport mode. An aluminum frame, carbon fiber hood, removable carbon fiber rooftop, and HID and LED lighting help elevate the vehicle’s attraction as well as performance characteristics.

If you think Chevy missed the mark by not instilling 500 or more ponies in the Stingray, boy were you wrong. Its 6.2-liter LT1 direct-injected V8 produces 455 horsepower and 460 pound-feet of torque which catapulted the ‘Vette like a rock in a slingshot. Either a 6-speed automatic with paddle shifters or the new 7-speed manual with Active Rev Match can be partnered with the engine. One quirky element is that the manual has oddly placed paddles on the steering wheel for the rev matching, which is confusing. Naturally, I wanted to shift! Active Fuel Management is short of a breakthrough in the industry, but ultimately reduces the 8-cylinder engine to a 4-cylinder when additional power is not needed. More importantly, and like most foreign sports cars, the Stingray now has the capabilities to custom tune your drive modes depending on your mood. Our Torch Red Stingray was outfitted with the $2,800 Z51 Performance Package which lowers its 0 to 60 mph time to 3.8 seconds! Included in the package are:

You can also load up your Stingray and pay a la carte like Porsche buyers. Major options include:

Special attention was paid to the interior more than any Corvette in prior history. Chevy had no choice as loyalists complained over and over regarding the cheap plastic interior that rattled like snakes at high speed. Actually, a friend picked me up in Monterey in a 2005 Corvette days after I drove the 2014 model and all I could say was, “wow!” What a substantial difference between old and new. Now you can find carbon fiber, aluminum, and hand-wrapped leather in your Stingray. The cockpit simply feels like something that attains high speed in luxurious fashion. A vivid Head-Up Display; 8” screen for the MyLink Navigation System; temperature arrows directly on the vents; magnesium framed and heated performance seats; premium, 9-speaker Bose audio system; rear back-up camera; push-start ignition; and all premium materials have converted the interior from a rookie into a starter.

The time has never been better for Chevrolet to shine with their 2014 Corvette Stingray. Markets have rebounded and consumer confidence is at a high. So why not boost assurance even higher and show-off that American Idol!