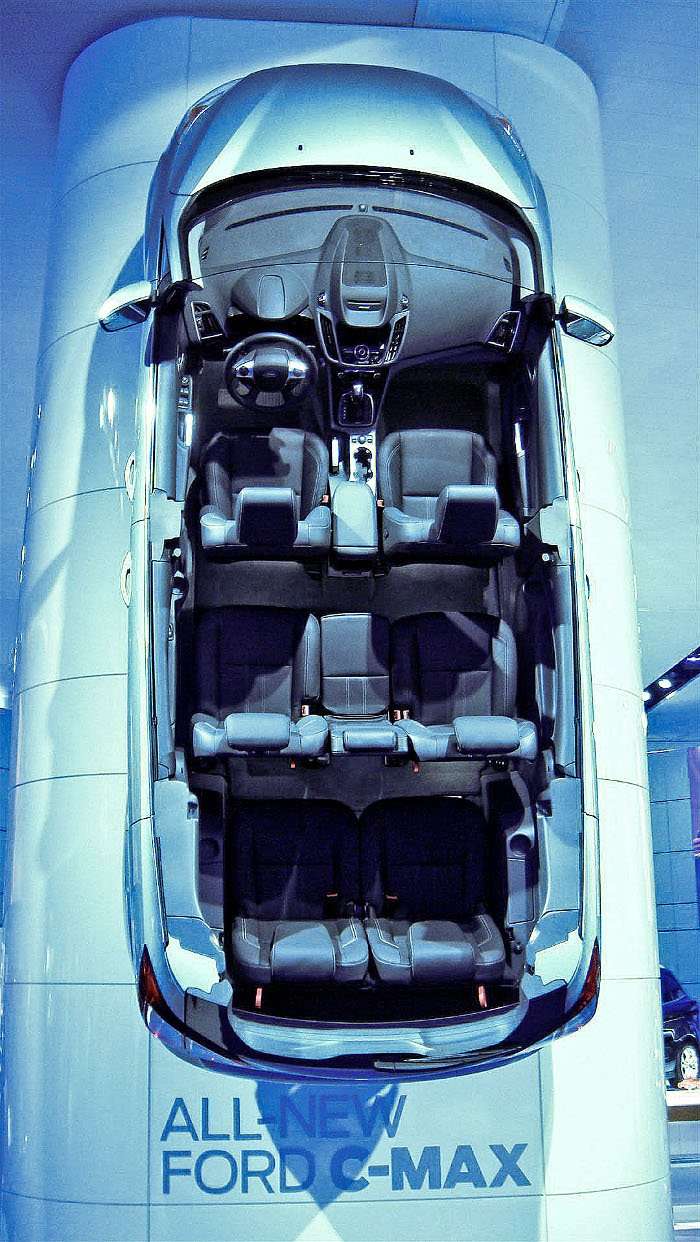 Consumer Reports testers found that the redesigned Ford Fusion hits a lot of high notes but some prominent gripes keep it out of the top tier of the independent testing organization’s midsized sedan ratings.

Consumer Reports bought and tested three versions of the Fusion: a SE with the popular 1.6-liter EcoBoost four-cylinder, a SE Hybrid, and a top-level Titanium with the 2.0-liter EcoBoost engine. Their engineers found that the Fusion clings to corners, with quick, decisive turn-in response and well-controlled body lean. The steering is ideally weighted, with reassuring road feel. All three versions proved enjoyable, balanced, and predictable at their handling limits. Thanks to slightly sharper handling, the Titanium version is the best-handling midsized sedan Consumer Reports has tested.

The Hybrid’s powertrain is very impressive. It’s slick and refined and delivers competitive acceleration. Plus, it squeezes out an eye-popping 39 mpg overall — the best fuel economy CR has measured in a midsized sedan. However, that fuel economy is considerably less than the EPA test results of 47 mpg overall, city, and combined.

“All versions of the Fusion provide a composed, civilized ride that’s as good as that of some cars costing twice as much. We wish the Fusion’s EcoBoost engines better complemented its dynamic abilities,” said Jake Fisher, director of automotive testing for Consumer Reports.

Ford’s pair of EcoBoost turbocharged four-cylinder engines fall short in both acceleration and fuel economy when compared with competitive models such as the Honda Accord, Nissan Altima, and Toyota Camry. The 1.6-liter turbocharged four provides decent performance overall but needs to work hard and sounds gruff when revved. The larger 2.0-liter turbocharged four delivers ample power but lacks the creamy smoothness of competing V6s while also being slower and less efficient.

Another gripe of Consumer Reports engineers was the MyFord Touch infotainment system, which handles audio, climate, and communications functions. Optional in mid-trim Fusions and compulsory in high-trim Titanium versions, it’s needlessly complicated and finicky to use.

The Fusion’s cabin space is a little snug, which compromises the driving position and rear-seat room. The Fusion’s sleek form is very eye-catching but it reduces function, cutting into outward visibility. Consumer Reports found its test cars, all bought soon after the Fusion went on sale, have multiple ill-fitting body and trim parts.

“The Fusion’s interior looks nice and has high-quality materials but we’re surprised at the number of fit-and-finish flaws we’ve found, especially in our pricey Titanium version,” Fisher said. “Hopefully, Ford will sort out these flaws soon.”

None of the Fusion versions are currently Recommended by Consumer Reports because they are too new to have sufficient reliability data.

Also included in this month’s report are Consumer Reports’ test of the Ford Focus Electric and the Mitsubishi i-MiEV. They join the previously tested Nissan Leaf as the first widely available all-electric vehicles. The Focus Electric builds on the great handling and refinement of the conventional Focus and adds instant, silent power and the second best fuel efficiency Consumer Reports has recorded the equivalent of 107 mpg (or 3.18 miles per kilowatt-hour). “The Focus Electric proves that electric cars can be both super-efficient and a lot of fun to drive,” says Fisher.

But the Focus Electric can’t escape some inherent deficiencies, including a cramped rear seat and frustrating MyFord Touch controls. In addition, the large, lithium-ion battery pack consumes much of the modest cargo space.

The smaller i-MiEV squeezes out the equivalent of 111 mpg overall or 3.28 miles per kWh, making it the most energy-efficient car Consumer Reports has tested. But in almost every other way, the i-MiEV lives up to the lowest expectations you might have of an electric car. It’s slow, chintzy, cramped, and so far off the mark that testers often felt it was closer to being a glorified golf cart than an actual car. While the Focus Electric costs about $41,000, compared with $33,630 for the i-MiEV, it’s definitely the better choice for consumers who want to go gas free. (Both prices are before a $7500 federal tax credit, and other state incentives may apply. There are also inexpensive lease deals for the Focus.)

Neither vehicle is recommended. Both are too new for Consumer Reports to have sufficient reliability data for them. And the i-MiEV scores too low in our tests.

The C-Max’s arch-rival is the Toyota Prius V. The C-Max can’t match the Prius V’s 41-mpg overall fuel economy or generous interior space. But the Ford is quieter and much more enjoyable to drive. Handling is agile, with quick and ideally weighted steering, and it rides very comfortably. Like other Fords, the optional MyFord Touch system is frustrating, but even the standard radio controls are overcomplicated. A plug-in hybrid Energi version is also available. The C-Max rates just below the Mazda5 at the top of Consumer Reports overall ratings for small wagons, but is too new for Consumer Reports to have compiled reliability data to Recommend it.