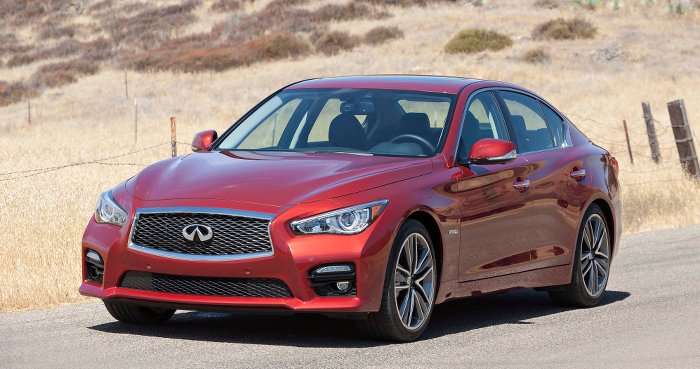 Infiniti is steadily showcasing that it will be soon become a dominant player in the luxury car market as long as they continue to churn out breathtaking vehicles every year with new naming conventions. In fact, over the next five years their bullpen will have expanded by 60%. The QX vehicles will actually be SUVs while Q’s will represent sedans and coupes. To keep the momentum flowing the Japanese purveyor of “Inspired Performance” has introduced the G37’s replacement (the company’s best seller) with the all-new 2013 Q50 compact sports sedan. Not only is it laden with style, grace, and luxurious amenities, the 4-door driver’s car nearly pilots itself with a bevy of active technologies.

As mentioned, the new alphanumeric codes begin with the Q50 as the first “Q” badging and extends to the Q60 — formerly the G Coupe and Convertible — and the M sedans will turn into Q70s. The only caveat really was renaming the JX small SUV to the QX60 since Infiniti spent a lot of cash and energy branding the family, luxury utility vehicle and made it a success. Also keep in mind today’s “Q” is not the bigger Q45 of past. The current model is geared to take on the BMW 3 Series, not the 5 Series or 7 Series.

To experience all of what the Q50 had to offer we headed to Los Angeles for a day of testing in the Ojai Valley region. The drive was infused with highway, country, and mountainous roads so as to not underestimate the newcomer. Infiniti uses strong and lightweight steels on the Q50 while increasing size over its replacement including a 2” width adjustment. Perhaps the most dynamic appeal to the car is its furious new grille and chin spoiler. The entire front end, inclusive of LED headlamps, is reminiscent of a dominant and defensive Heisman Trophy candidate. Shall we call it the Jadeveon Clowney effect? Rims have always been a hallmark of Infiniti sports sedans and requires no supplementation from the aftermarket. Either 17s or 19s are available with standard run-flat rubber, which are complemented eloquently by chrome window trim and chrome, twin exhaust tips. 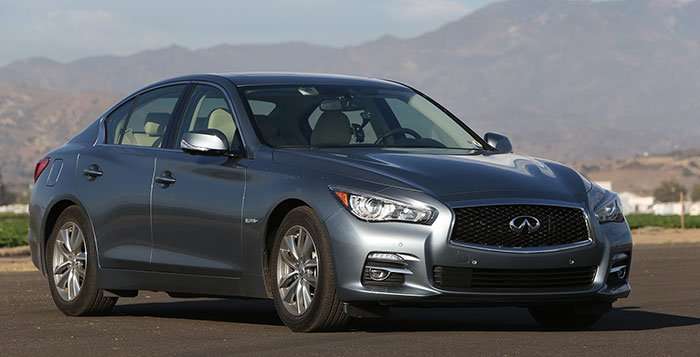 Power under the hood comes in the form of two powertrains with the 3.7-liter V6 leading the helm. Infiniti is a magician at masking their V6s as V8s. Not too many brands can get away with that challenge. So now you have efficiency in a motor that produces the power of larger powerplant. In this case it has 328 horsepower and 269 lb-ft of torque with a combined fuel economy of 30 mpg. Next up is the hybrid rendition which utilizes a 3.5-liter V6 with 302 horsepower and a 50 kW electric motor adding 67 horsepower between 1,650 and 2,000 rpm. The Direct Response Hybrid System with Intelligent Dual Clutch Control also uses a lithium-ion battery. A 7-speed automatic transmission with manual shift points is assigned to the engines. It features magnesium paddle shifters and Infiniti Drive Mode selector with Standard, Sport, Eco, Snow, and Personal Modes. Transmissions adept to customized driving needs are becoming more common as driving enthusiasts want more day-to-day performance out of their vehicles.

The new Q50 goes beyond human intelligence with an array of innovative technology systems that give your vehicle a mind of its own. Direct Adaptive Steering is the most prominent with the ability to customize the electric steering feel in four various combinations. Basically it pre-senses your steering tendencies, calculates the required input, and steers the vehicle in that direction. Active Lane Control works in tandem with Direct Adaptive Steering and uses cameras to observe road patterns and keeps the vehicle on its intended path. Keep in mind this system does not use the brake at all. If that’s not enough Infiniti adds a bevy of driver safety and convenience technologies including Intelligent Cruise Control, Predictive Forward Collision Warning, Blind Spot Intervention, Backup Collision Intervention, and Lane Departure Prevention with Active Lane Control. 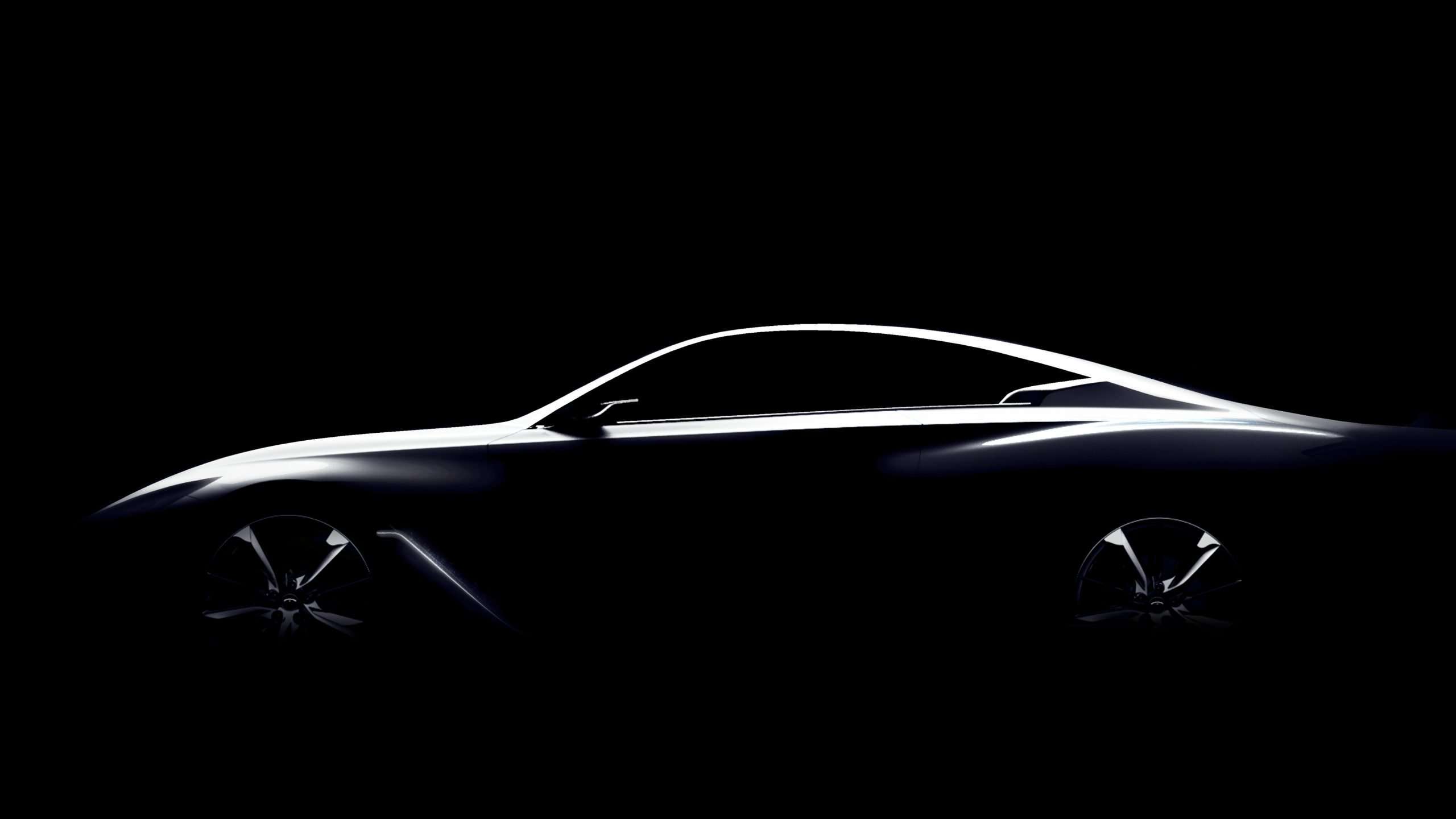 Inside the Q50 is a new spectrum of Japanese luxury and refinement. The entire head unit has been replaced with the far more advanced Infiniti InTouch system with dual screens and customizable settings for up to four drivers. The navigation system, like always, is vivid and precise. Bringing your personal, digital life to the spectrum is Infiniti Connection which works in sync with the company’s app. Like a butler, it is at your beck and call 24/7. A new stream of apps is coming shortly to transform your vehicle into a fast moving smartphone. Also, we cannot forget about Bose’s new Studio on Wheels with 14 high-end speakers, and Bose Advanced Staging Technology which offers front row passengers a concert-like experience. I like the sounds of Bob Marley riding shotgun with me!