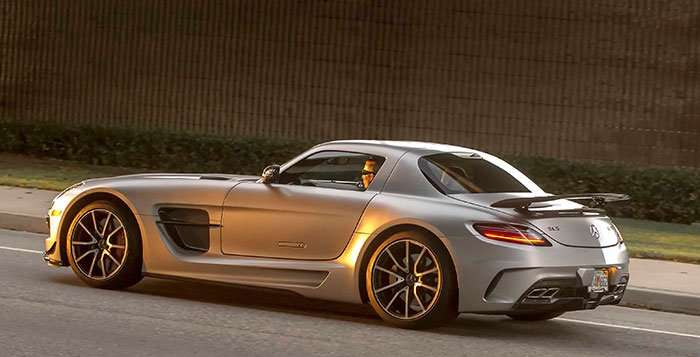 Conquering rivals most often requires more stratagem than just weaponry and manpower. Thoughtful minds and intellectual leaders are capable of achieving a win over opponents through keen calculations, cunning movements and sometimes an elemental foundation. Moreover, the greatest minds of all win without attacking! For AMG – Another Magnificent German – the formula dwells within the domineering “one man, one engine” philosophy, which brings credence to the luxury auto brand from Stuttgart, Germany. In fact, virtually all Mercedes-Benz (M-B) vehicles are morphed into AMG soldiers ready for battle. This 2014 squadron represents another Game of Thrones to see who takes the coveted iron chair at the end of the pursuit. 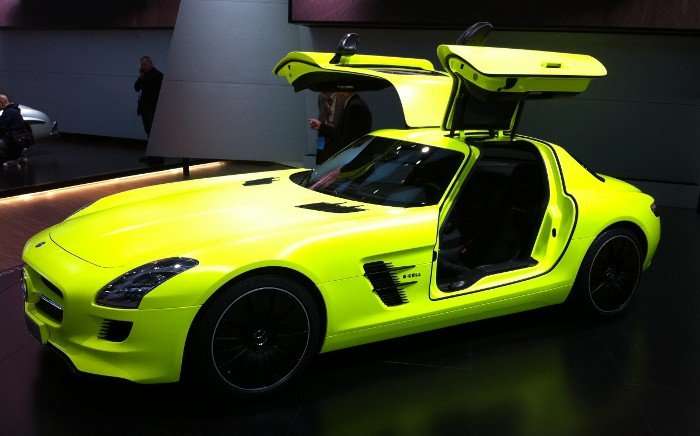 Willow Springs International Raceway in Rosamond, California was the arena chosen to evaluate M-B’s fleet of performance cars and SUVs from the collection. Imagine every AMG built at your disposal for road drives and track hot laps. To name a few, some of the AMGs on deck consisted of the following: 2014 SL65 AMG Roadster, 2014 E63 AMG S-Model 4Matic Wagon, 2014 C63 Edition 507, 2014 CLA45 and my preferred weapon of choice, a 2014 Solarbeam Yellow ($12,750 color option) SLS AMG Black Series Coupe which is the pinnacle of AMG performance. As previously stated, each AMG engine is hand-built by one individual technician from the ground up and inscribed with his signage. In Stuttgart, these builder’s status and reputation are akin to the entitlement of rock stars.

AMG’s intriguing sensibility is reflective within this segment, even though the division represents only a minute percentage of M-B’s overall sales. However, you see AMG vehicles zipping around in every metropolitan city as if they’re omnipresent in all major regions. Well, a small fraction of the number one luxury automaker’s sales certainly equates to an enormous amount of AMG vehicles, whose three-pillar strategy is epitomized by Performance, Craftsmanship and Exclusivity with the underlying skillset focused on “torque.” For example, the $47,450 2014 CLA45 AMG 4MATIC features AMG’s first ever 4-cylinder turbocharged engine with 355 horsepower and 332 lb-ft of torque. Indeed it creates profound potential towards a fresh generation of younger buyers looking for new creative solutions at a far lesser dollar amount. This particular AMG scoots from 0 to 60 mph in 4.5 seconds. Torque is delivered 100% between 1,250 and 4,000 rpm and meets the pavement through M-B’s standard 4MATIC AWD.

On the opposite end of the AMG torque spectrum is the $275,000 SLS AMG Black Series with a ferocious 6.3-liter V8 (aka M159 engine) distributing 622 horsepower and 468 lb-ft of torque. Based largely on the GT3 racecar, which is the most successful vehicle in the GT Series, the RWD supercar is paired with a modified AMG SPEEDSHIFT DCT 7-speed sports transmission for optional downshifting and upshifting during aggressive driving. Once you begin touring like a normal civilian the DCT acts as docile as the tranny in a 2014 S-Class. Four drive modes, C, S, S+ and M allow you to manipulate the transmission as needed. S+ for instance was prime time for Willow Springs.  Upon closing the Gullwing doors, gripping the Alcantara AMG speed-sensitive power steering wheel and meshing yourself within the designo leather and Alcantara interior, the SLS AMG ignites and takes off like a fighter jet on the runway. Power is resilient and must be controlled with precision in and out of turns or you can easily end up sideways. Experienced drivers will appreciate the vehicle’s electronically-controlled AMG rear differential lock which enables them to push the Black Series to its limit. I had no problems adjusting to the energy the SLS AMG presented after a few laps. For inquiring minds, COMAND, the multi-media center for all M-B vehicles, provides feedback on the 7” display regarding vehicle data including G-forces. This AMG Performance Media technology adds $2,500 to the final bill. “The new SLS AMG Black Series is a perfect study in the one hundred percent transfer of technology and engineering from motorsport to road. We have drawn inspiration from the worldwide success of the SLS AMG GT3 customer sport racing car on both a conceptual and a technological level,” said Ola Källenius, outgoing Chairman of Mercedes-AMG GmbH.

The SLS AMG Black Series underwent major improvements from aerodynamics to stability to help elevate its supercar characteristics. It reaches a top speed of 196 mph and sprints 0 to 60 mph in just 3.5 seconds. The halo is now wider, it sits on 19” and 20” forged alloy rims (AMG forged matte black wheels with polished lip optional), features a titanium exhaust system, two-piece ceramic brakes with gold calipers, AMG adaptive performance suspension and is lathered with carbon fiber including the exterior mirrors, engine cover, hood, interior trim and an adjustable rear carbon fiber wing which was internally challenging to design due to the Gullwing doors. However, the downforce and optimal stability was a must-have, and so, AMG completed the task. Premium audio comes in the form of an 11-speaker, 1,000-watt Bang & Olufsen BeoSound surround sound system. My favorite music was the sound of eight AMG cylinders under full throttle.

But the work of AMG is not yet complete, as M-B will soon launch the 2014 S63 AMG 4MATIC with 577-horsepower and a whopping 644 lb-ft of torque kicking from its 5.5-liter bi-turbo V8 engine. At $139,500, the most dynamic S-Class ever built will stride from 0 to 60 mph in a mere 3.9 seconds. Then we have the CL-Class. Introduced in 1992 basically as a 2-door S-Class (slightly smaller wheelbase), the CL-Class won the attention of many who desired big luxury coupes with style and grace. Mercedes-Benz is rebranding it as the S-Class Coupe. To not offer an AMG variant is simply tomfoolery. So continue to expect greatness.

Paving the streets on your daily commute to work in a Hugo Boss suit with an elongated super car is the avid dream of many. While negotiating traffic in style with “top gear” performance available instantaneously, the daily work chores ahead become inconsequential. Not only is your AMG rapid and ferocious, it’s as intelligent as the mind occupying the driver’s seat and enhanced with myriad safety innovations. When 40 years of AMG engineering meet 125 years of Mercedes-Benz culture the outcome is Another Magnificent German!