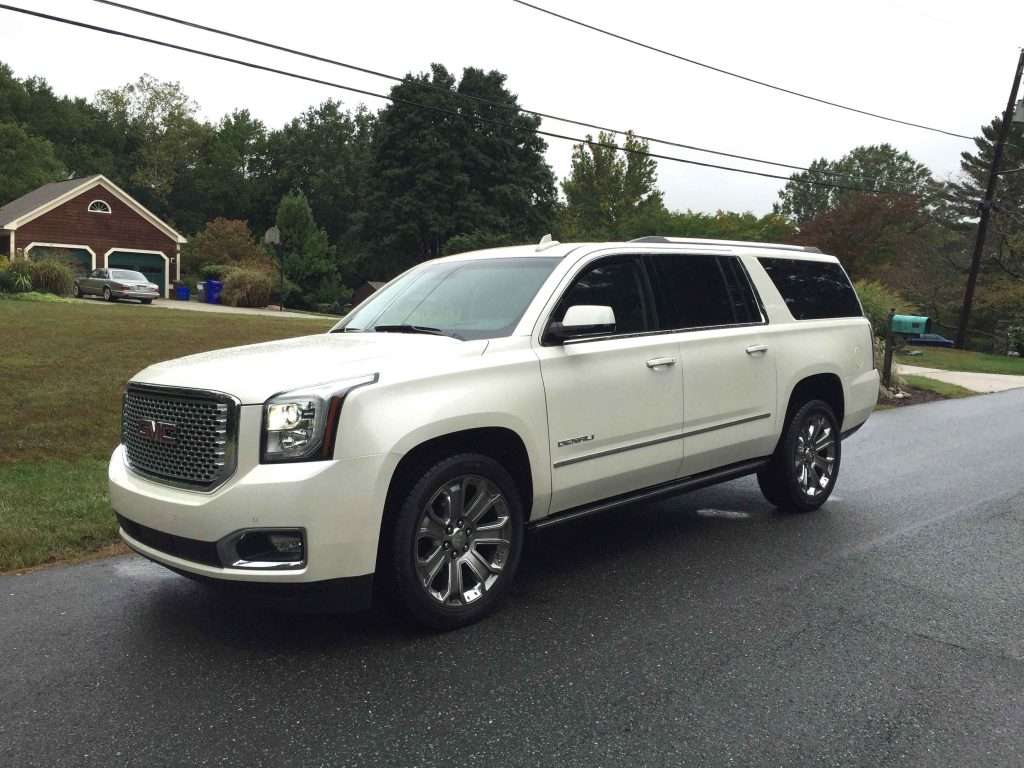 It was the bachelor party weekend of one of my childhood friends who had flown from California to Washington, D.C. — where the rest of the crew reside — for three days of gentlemen activities. Fittingly, I was beholden to transportation duties for the six-man crew and dialed up the perfect play call for our strategy. We required a transporter that could carry each comfortably without being weighted down but still had enough utility and space to store everything from luggage to golf clubs. So I recruited the J.J. Watt of full-size SUVs aka GMC’s Yukon XL Denali 4WD!

Like the Houston, Texan’s 100-million dollar defensive end, the Detroit born gargantuan utility is big, bad, and bold. Its massively flaring grille for example exuded toughness and aggression like a player grimacing behind his facemask. Sizeable 22” aluminum rims ($495) and chunky 285/45R22 Bridgestone rubber were immense enough to suck up every indentation in the road but not too tall where the wheel well proportions would be off. Actually, 24” rims would fit just right but then you would have to deal with less mileage, thinner rubber, and a degraded turn radius. Tinted rear glass, retractable running boards ($1,745), roof rails, a tailgate spoiler, and huge, robotic lights made the rest of our White Diamond Tricoat ($995) Yukon pop. Despite its power and size, the exterior is clean and classy. From every outing we drove to, using valet of course, onlookers gazed at the VIPs stepping out as if we were the gang from Entourage or a partial team of Redskins players. Imagination is amazing isn’t it?

The weekend was jammed packed with golfing, basketball, brunches, day parties, and fulfilling dinners. As well, our vehicle was in and out of the Marriot Marquee all day each day due to multiple apparel changes and frequent itinerary updates. The only pitfall of the extended driving was the gas bill which we ran up incessantly (14 City/21 HWY mpg). Yet, this is expected from vehicles this size, especially when waited down. The Yukon is powered by GM’s 6.2-liter V8 EcoTec3 with 420-horsepower and Active Fuel Management. Shifting was seamless for the big guy with the Hydra-Matic 8-speed automatic transmission and the vehicle tows 7,900 lbs. (8,100 lbs. for the 2WD). Stopping power is suspect however as I had to fully clam down on the brake pedal from short distances and a slow pace. Maybe the rotors were worn from a year’s worth of previous test drives.

Inside, the interior of the domestic, luxury SUV was as comfortable and entertaining as your typical man cave. Our ride was loaded like a baked potato including dual captain chairs. This allowed easy access to the third row which could hold three of the slimmer dudes on the team. The big boys, by default, were offered the more bolstering spots including the groom Steve who rode shotgun the entire time while I piloted our starship. The digital 8” instrument cluster was indicative of the technology advancements of the Yukon which you normally see in Cadillac Escalades. Storage pockets were omnipresent throughout the cabin and came in handy for the profuse amount of digital gadgets the crew traveled with. IntelliLink, integrated through the 8” touchscreen LCD provides a bevy of engaging tech and musical features from Navigation and Pandora to the Weather and Text Apps. The Weather App poignantly pointed out the rainy 5-day forecast impending from Hurricane Joaquin. The Video App controlled the two sets of screens mounted overhead on the 2nd and 3rd row (included in the $4,160 Touring Package). Yet, it’s a waste of resources since everyone views content on their smartphones and tablets. For the rare occasions where guidance was needed I simply called upon OnStar so they could send instructions to my vehicle. Easy as baking cake! Other conveniences included the 10-speaker Bose Centerpoint Surround Sound, Wi-Fi, Bluetooth, adjustable pedals, and wireless charging. 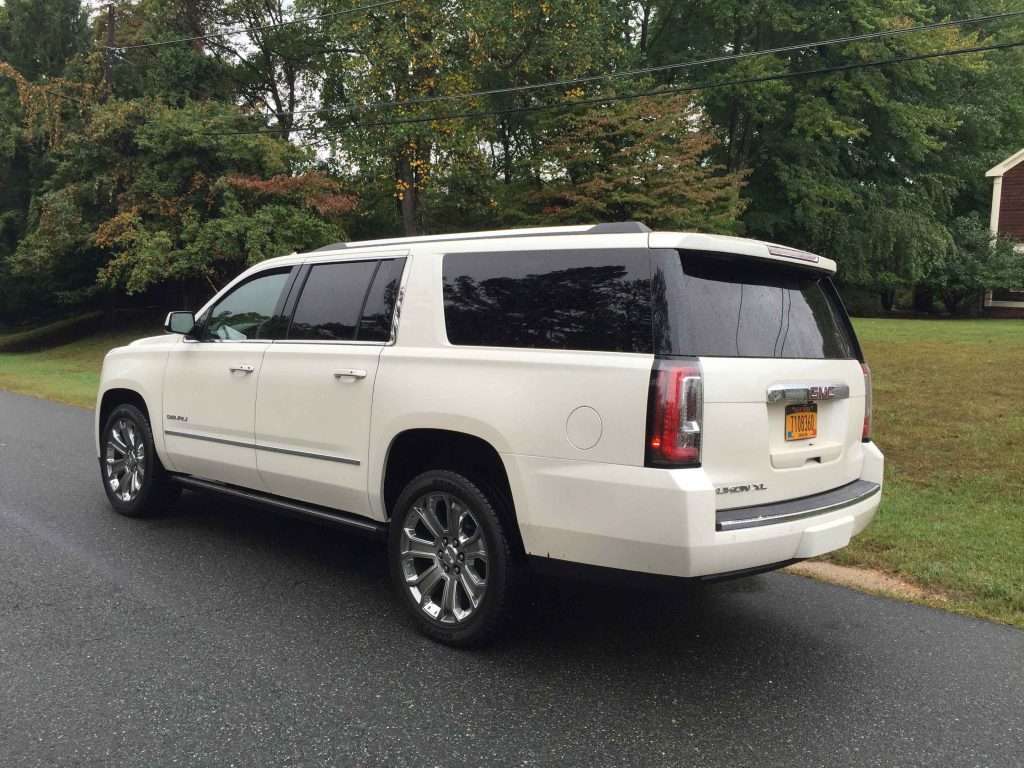 Of course SUVs are all about active lifestyles. Steve and I are training for the Urbanathon in San Francisco by Men’s Health Magazine which is a 10-mile run with 18 obstacles. So we both were down for a mountain bike ride Sunday morning before breakfast. The Yukon’s hitch was a savior as I attached the bike rack and picked up a few rentals for the morning ride at the trails in idyllic Schaeffer Farms Mountain Bike Park. I also liked the fact that the full-size tailgate was operable electronically by way of the sense touch on the door handle. There’s also a rear switch to electronically fold down the 3rd row 60/40 split bench.

We had a great reunion capped by strong friendship, reminiscent conversations, and endless laughs. There are only a few vehicles that could have handled the bachelor weekend task, but we were all grateful for the $78,995 ($68,910 MSRP) Denali XL 4WD and its extended capabilities. Until we meet again. Maybe in the Bay in November for the actual wedding! 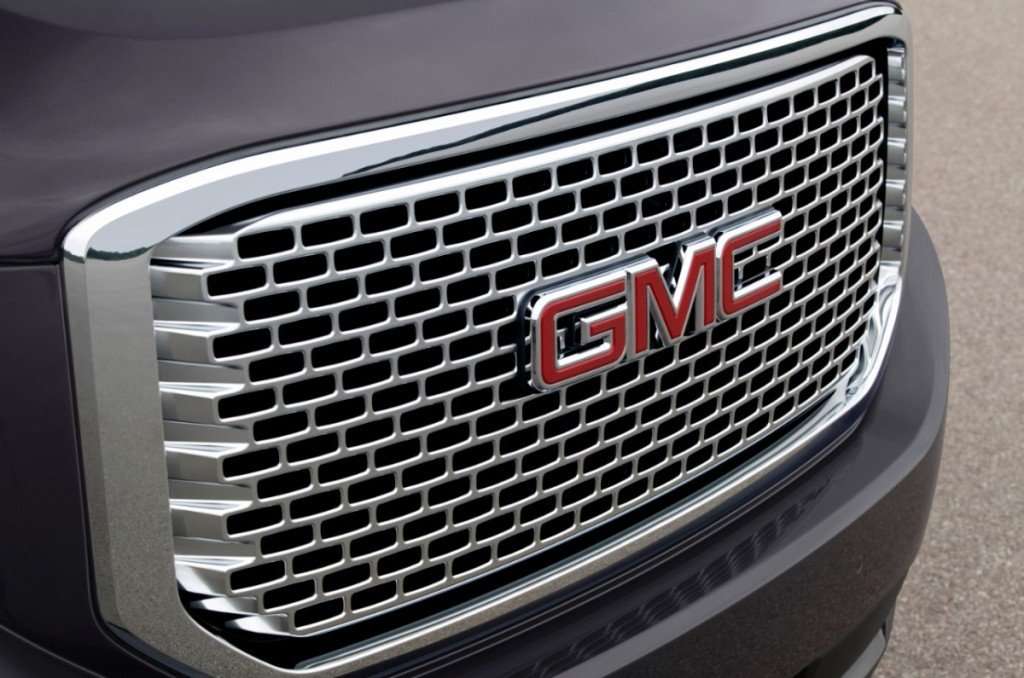