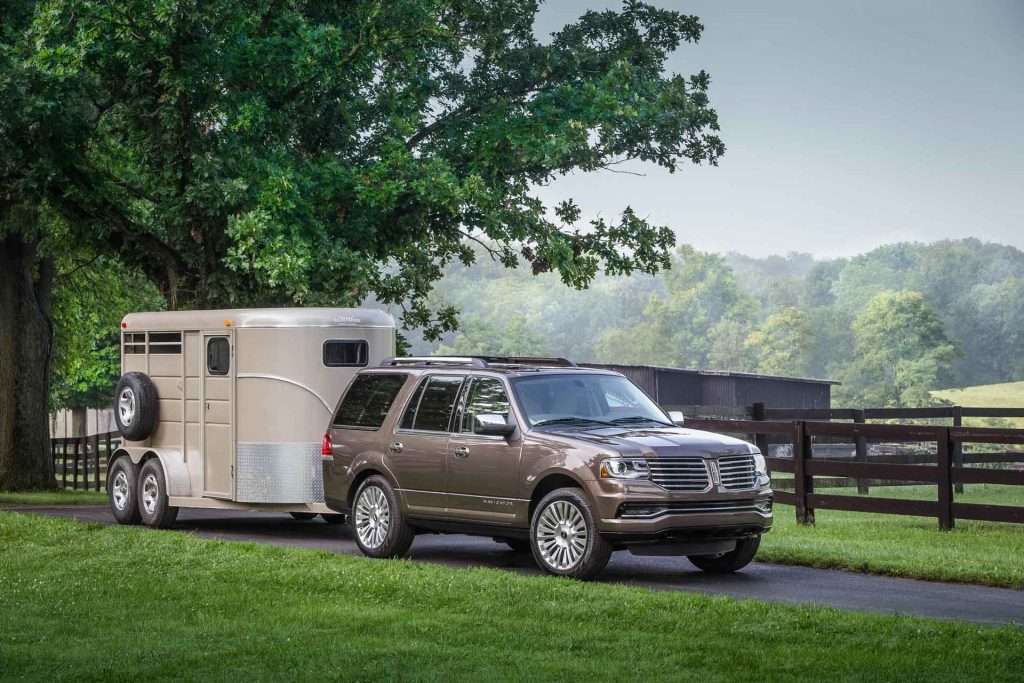 When you think of a thoroughbred the words power, elegance, style and heritage come to mind. So it was fitting for Lincoln to introduce the 2015 Lincoln Navigator in Louisville, Kentucky, home of one of the grandest sporting events in the country, the Kentucky Derby. With enough seating for a small VIP party and opulent accouterments to entertain their needs, showgoers of esteemed and elaborate spectacles like the Derby will truly appreciate the alignment of a luxury SUV that satisfies all needs and expectations. 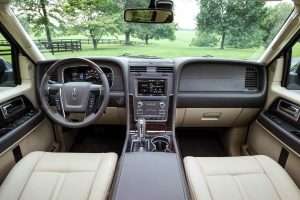 Before I dive into my thoughts on the new Navigator keep in mind the Lincoln brand runs in our family. My father kept a ‘78 Lincoln-Mercury Cougar and uncle Benny proudly owned a ‘79 Lincoln Mark V. There’s even been first, second and third generation Town Cars in the clan while I’m working on my second Navigator. When it came to evaluating the American SUV, I didn’t do so just from a journalist’s perspective, but also as a customer of the iconic brand and a Fit Father of three active kids. Yes, there is a bit of brand loyalty here, but I’m equally critical of Lincoln given this history. For instance, the first generation Navigator was essentially a Ford with a premium price tag. However, the second generation hit the mark with both exterior and interior styling which offered functional and comfortable fold-flat, third row seating — the deciding factor for my first Navigator.

Unfortunately, the third generation Navigator fell victim to “keeping up with the crowd” with an overly styled front grille, chrome rocker-panels that begged for too much attention and the lack of then state-of-the-art technology such as the use of a diminutive rearview back-up camera housed in the rearview mirror. It’s welcoming to see that for model year 2015 Lincoln is no longer a follower with flashy over-the-top styles or mimicking past successes since the Navi returns to sophisticated, bold elegance with technology to match.

Immediately you will notice Lincoln’s sculpted split-wing grille ushering the Navigator into the company portfolio. Powering the new ‘gator (affectionately nicknamed by my kids) is the 380 horsepower 3.5-liter, twin-turbocharged EcoBoost V6 engine delivering 460 lb.-ft. of torque. If you’re like me, you may wonder why not a V8 for a prodigious SUV. Well, the EcoBoost twin-turbo compensates while delivering an estimated 16 city mpg and 22 highway mpg for the 4×2 standard wheelbase model. The 4×4 models tout an estimated 15 city mpg and 20 highway mpg. I experienced this persuasive and robust powerplant first-hand while galloping over the hills, through the back roads and on the highways of Louisville with the novel full-size stallion. Supporting the thoroughbred’s ride characteristics is Lincoln’s optional Drive Control with continuously controlled damping which monitors and adjusts the suspension accordingly to road conditions in real-time and produces a ride as smooth as some of Kentucky’s finer, famed whiskeys. 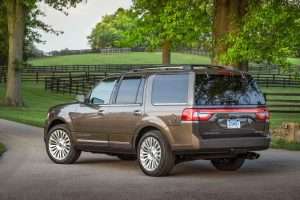 It’s the intimate interior where the Navigator definitively wins thanks largely in part to the oh-so functional fold-flat, third row seating and various seating configurations including the second row fold-flat bench seat and captain’s chairs with or without the center console. Inside you’re treated to a beautifully designed atmosphere framed by SoundScreen acoustics, laminated glass along with insulated door and floor panels and an enhanced carpet and headliner, all of which create a finely tuned, quieter cabin.

Included as standard equipment is SYNC with Lincoln’s MyLincoln communication and multi-media system comprising of a 4.2” LCD within the driver’s instrument cluster and an eye-opening 8” touchscreen serving as the hub to manage the navigation, music, apps and climate controls which can also be accessed via intuitive buttons and dials. The Navigator finally receives a standard rearview camera viewable through the aforementioned 8” touchscreen. This simple and convenience technology is long overdue considering vehicles of lesser status have had these systems in place for a number of years. Also, a Blind Spot Information System is standard equipment and signals when another vehicle is within range of the driver’s blind area.

Are you looking to up the ante of the already well-equipped standard Navigator? Then opt for the Reserve Package offering Ziricote wood trim (typically found on yachts), 22” polished aluminum wheels, Tuxedo Black lower body panels and Tuxedo Black power running boards. Or maybe you are seeking to haul your boat, bike or another beloved treasure? With a towing capacity of 9,000 pounds and the fuel-efficient EcoBoost turbo, I think I have found the ultimate vehicle for my annual pilgrimage to Daytona Bike Week. You can expect the 2015 Navigators in dealerships October with an MSRP of $62,475.

PrevPreviousFerrari 458 Speciale A at the Paris Auto Show
Next2014 Mercedes-Benz E350 4MATIC Wagon: Half Wagon, Half AmazingNext