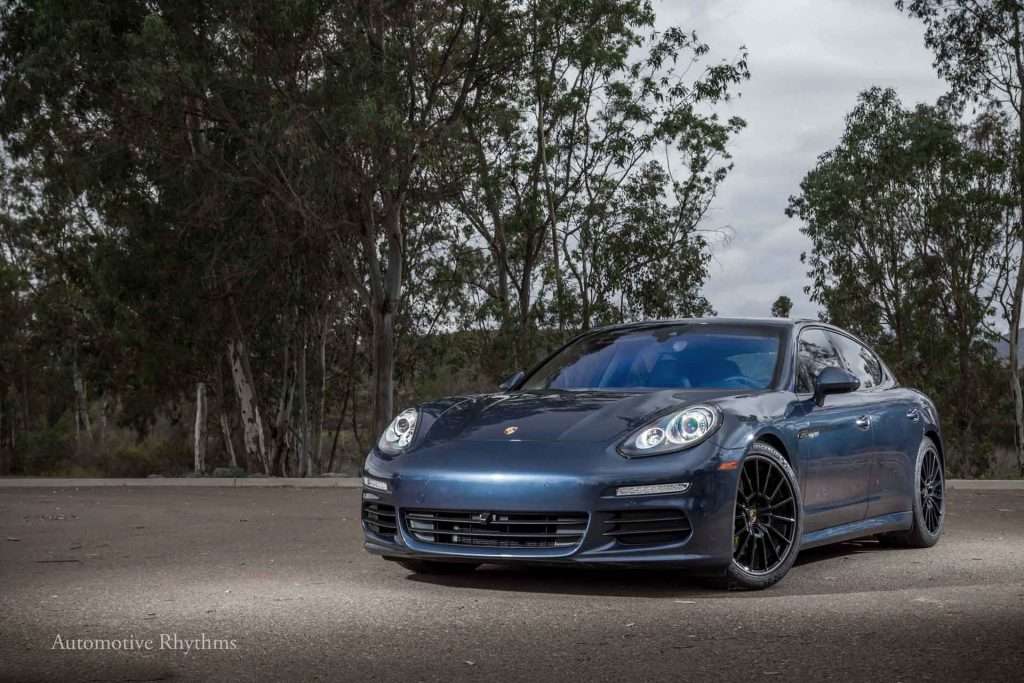 Global Warming is no laughing matter. Extended seasons, southern snowfalls, odd temperature patterns, the melting of Antarctica’s ice, the Adélie penguin population declining and sea levels rising are just a few worrisome concerns of the planet heating up. If humans continue to burn fossil fuels at unprecedented levels then increased CO2 could lead to stronger hurricanes, changed ecosytems and less fresh water. For that reason and beyond auto brands such as Porsche are playing their part admirably by continuing the proliferation of electrical infused powertrains. The 2015 Porsche Panamera S E-Hybrid is once such example.

The proverbial hybrid vehicle combines the power from both electric and gasoline engines to increase mileage, efficiency and your conscience. Although sales haven’t catapulted to unprecedented levels, the advancement of this particular platform has progressed to a point where customers are becoming more comfortable with ownership. For example, charging stations – an important touchstone for EVs — have never been so prevalent outside the home. From Walmarts to parking garages you can find a charging station much easier than say two years ago. Whether an auto manufacturer builds an all-electric car like Tesla or hybrids, they are all collectively playing a role that creates a constellation of positive vibes conducive to the planet’s health. For that matter the latest Panamera S E-Hybrid we evaluated in San Diego — where eco-friendly driving is of high priority — has been enhanced to meet the demands of today’s on-the-go luxury focused drivers. 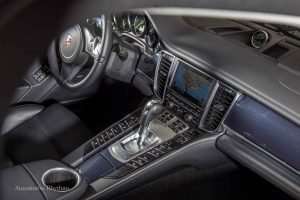 The underlying mission in most sports is to advance against opponents as quickly and effectively as possible without compromise. Dominant players and teams have no qualms lighting up scoreboards with exuberant highlights and fancy play. It’s what the fans want and expect. Porsche dominates its sport with infectious energy emanating from a cadre of entertaining vehicles amplified with unsurpassed performance engineering, unforeseen design techniques and unexpected interior craftsmanship. As always, the automotive objective relies on continually progressing forward with inventions that parallel societal expectations or overwhelmingly exceed them. Porsche has done that with the evolution of the gregarious Panamera four-door sports car. Deference for the German brand comes from decades of storied history which began in racing and now has evolved to ultimate comfort within a sporty paradigm.

My personal life revolves around health, fitness and living clean. So why wouldn’t I want to drive clean? For that matter I would take a hybrid Panamera over any other. The $96,100 Panamera S E-Hybrid is instilled with an advanced parallel full hybrid system replete with a 95-horsepower (70 kW) electric motor, a 9.4 (kW) lithium-ion battery and a supercharged 3-liter V6 emitting 333-horsepower. Paired with an 8-speed Tiptronic S transmission, the 416-horsepower (306 kW) package accelerates from 0 to 60 mph in 5.2 seconds and hones a top speed of 167 mph. Porsche has also installed an automatic electric booster to give the gas engine more kick when needed. They say the vehicle can be topped off in 2.5 hours when connected to a 240 V outlet by way of the on-board charger and Porsche Universal Charger which also connects to 120 V home sockets. But expect far greater charge times. Another cool feature is the automatic system shut down when the vehicle is left in idle too long. This prevents overheating or any other abnormalities. 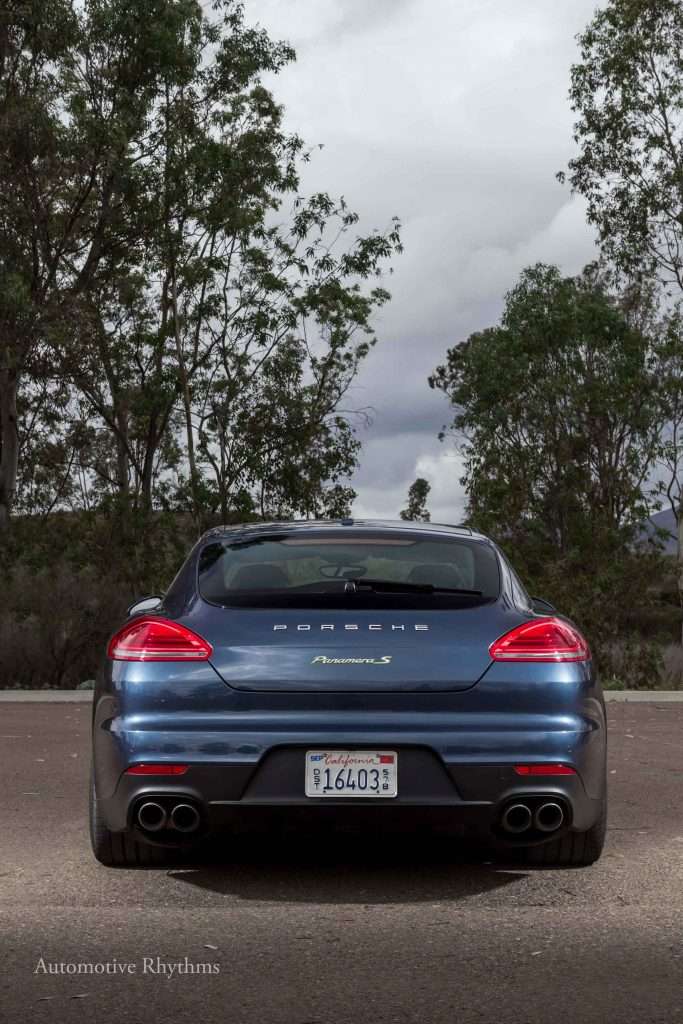 Aesthetically your Panamera S E-Hybrid will look just like a gasoline model. Minor differences are symptomatic through the charger door and Acid Green brake calipers, badging and instrument cluster needles including the Power Meter (indicates how much energy is being generated or recuperated). Of course the design elements are subtle but you don’t have to boast about your earth friendly choices. We had a Silver hued Panamera in Southern California which was as mundane as it gets for sports cars.

Around town it was ideal placing the vehicle in all electric mode from the E-POWER setting. In this status the Porsche can reach speeds up to 83 mph and travel at least 15 miles with a 50 MPGe rating. Then there is the E-CHARGE button which converts some of the gasoline engine’s power into electric energy for charging of the battery. But don’t be intimidated by the torque thirsty powertrain, which feels pretty peculiar as it accelerates and brakes like its wheels are attached to a chain and sprocket (brakes are quite grabby as well). Since technology and communication dominate man’s world the Porsche Car Connect app allows you to monitor charge times and drive range, adjust vehicle climate and view your Panamera’s location.

Unlike many bigger cars, the Panamera felt light on its feet and agile around curvy roads. Since the Panamera’s seminal cockpit plants you low in the driver’s position in correlation to the center console, you literally feel like a pilot, especially with its advanced array of switches, toggles and input buttons to engage various systems. Here is where adjustments can be made manually to the suspension height, transmission, throttle response, traction control, temperature settings and the aforementioned electric modes. Select “Sport” mode and the software measures the hybrid’s road reactions and adjusts steering, throttle, damping and gearing accordingly. “Sport Plus” elevates those algorithms and remains aggressive at all times through all gears, while also holding each gear without upshifting. The busy but intelligent center stack features another set of buttons to operate the navigation, audio, telematics and each convenience and entertainment service bundled in the Porsche Car Connect app. Bose audio sets your melodious mood and the sunroof sheds light upon the impeccable craftsmanship of the interior. The 5-gauge instrument cluster is race inspiring and uses one of the gauges to repurpose and display content such as navigational instructions so you remain focused dead ahead.

Porsche’s Panamera model grew on me over the years as it has with many owners we speak with. Yet, adulation is manifested from its abilities to transport four in ultimate comfort at levels rivaling two-door sports cars. With the addition of the upgraded hybrid to the roster customers can now retain their performance love affair with an eco-friendly attitude.