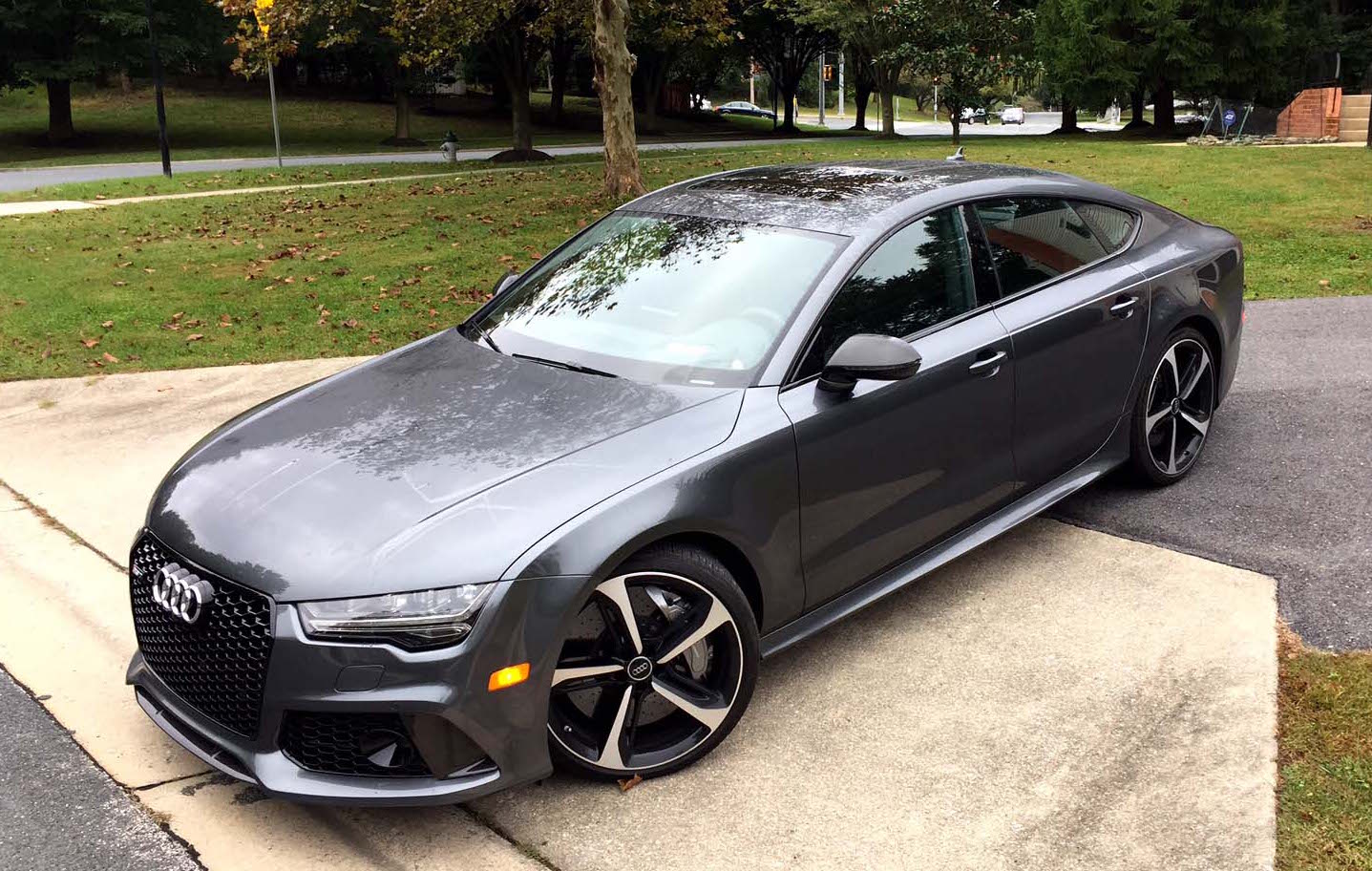 It’s a stellar accolade to represent as the most powerful RS model Audi has ever offered in the United States. It’s creative, imaginative and formidable artistry. Formed by quattro GmbH, Audi’s high performance division, RS translates to RennSport which in turn is interpreted to “racing sport.” The introduction of the 2016 Audi RS 7 Performance 4.0T quattro Tiptronic sets the bar high for manufacturers seeking to elicit aficionados of hyper four-door sportback models.

When the RS 7 arrived in the Automotive Rhythms driveway we didn’t even take it out on day one. There was no rush to judgment. It’s the same respect we gave the McLaren 570S. I wanted to study its dynamism, respect its character traits and become familiar with the cockpit, systems, and mechanics that monitor and produce the 605-horsepower and 553 lb-ft of torque (with overboost) in the 4-liter turbocharged TFSI V8 engine. The RS 7 is an allegory to many things considered epic and the art of living requires patience and observation. Rome wasn’t built in a day and Ernest Miller Hemingway’s “The Old Man and the Sea” permeated his thoughts for 16 years with the end result leading to the 1954 Nobel Prize. I took my time fully studying the sportback so my feedback could transition into a drive experience where “The Young Man and the Audi” became one. When I finally tucked myself into the bolstered Valcona leather RS Sport seat tailored with idiosyncratic honeycomb stitching, and grasped the race-inspired, flat bottom, multi-function steering wheel with perfectly placed shifters to engage the 8-speed Tiptronic transmission, best believe I was ready to fulfill the top-end potential of this German performance machine. 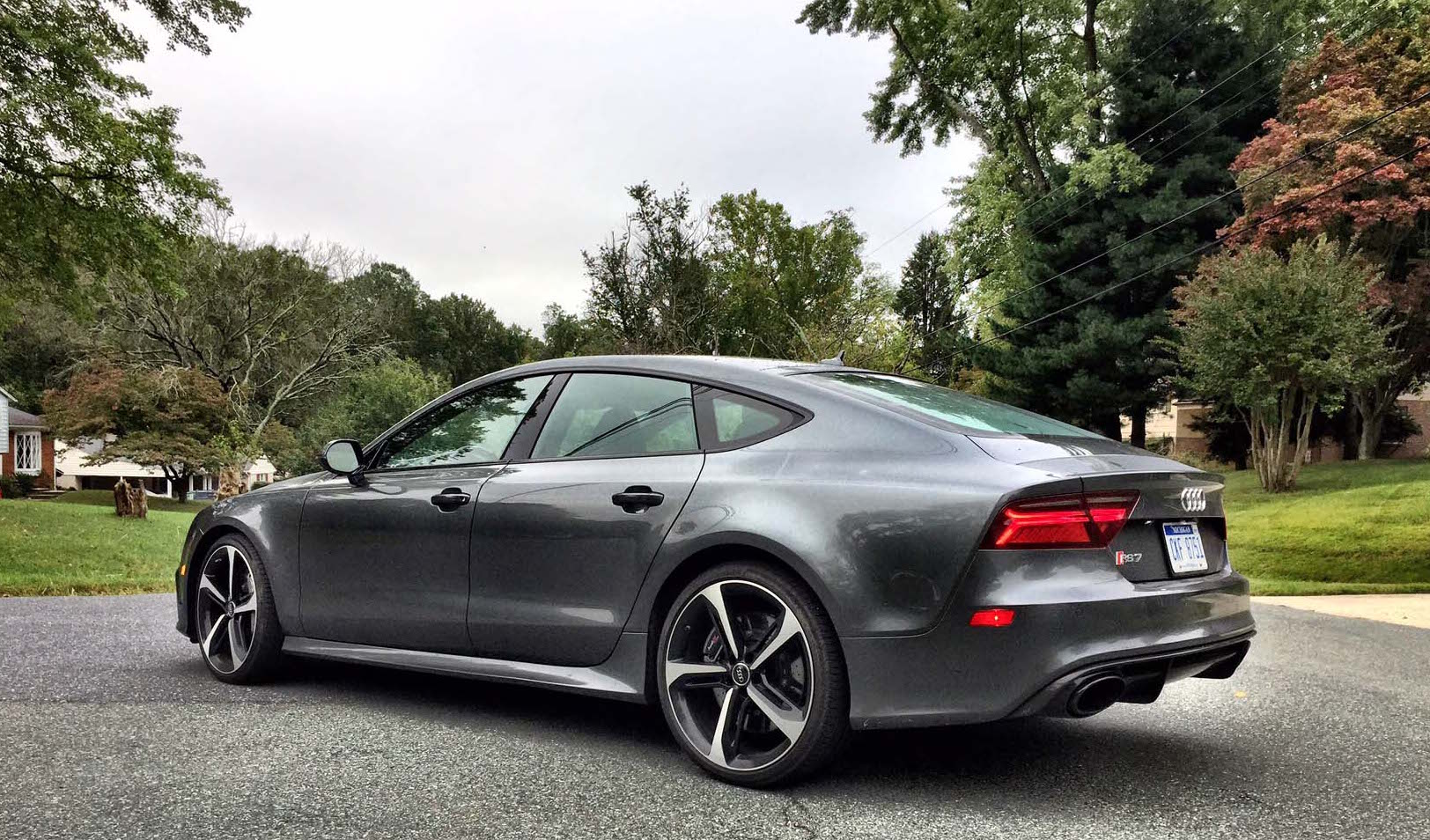 When the RS 7 is ignited triumphant rumblings emanate from the sport exhaust system with dual black tips letting you know what is in store, which is a potential 190 mph top speed if you situate yourself on the appropriate racetrack. With quattro all-wheel drive (includes a sport differential), Audi’s Dynamic Ride Control (DRC) suspension, Audi ceramic brakes, 21” 5-spoke-blade rims in high-gloss black, Adaptive Rear Spoiler and a carbon front spoiler and rear diffuser I never felt daunted by the RS 7’s capabilities. It accelerates like greyhounds out of the gate, corners gracefully due to electromechanical power steering with dynamic steering and stops abruptly when deceleration is called upon. Though the sportback is extremely powerful it never felt out of control or too aggressive which can leave many exasperated when commuting. In fact, with Audi Drive Select you can intensify the vehicle for aggression or relax it for everyday driving. Basically, I didn’t have to switch into our SUV for specific tasks. With the rear liftgate I was able to easily grocery shop, store the kids soccer gear and even bring my bike along on a few occasions. The second row is also quite comfortable, and I never received legroom complaints from the girls now 13-years old and 10-years old.

Available in 11 hues and an array of customizable Audi exclusive matte paint finishes, my vehicle came with the Daytona Gray Pearl effect exterior and black interior with black stitching (one of four interiors), ornamental carbon fiber inlays (one of three decorative inlays) and the black Alcantara headliner ($3,000). The colossal Audi singleframe grille and full LED headlights dominate the front fascia while the Carbon Optic Exterior package grabs attention from societal admirers as the German carrier rolls by on radiant “starfish” rims that highlight its massive discs and rotors. 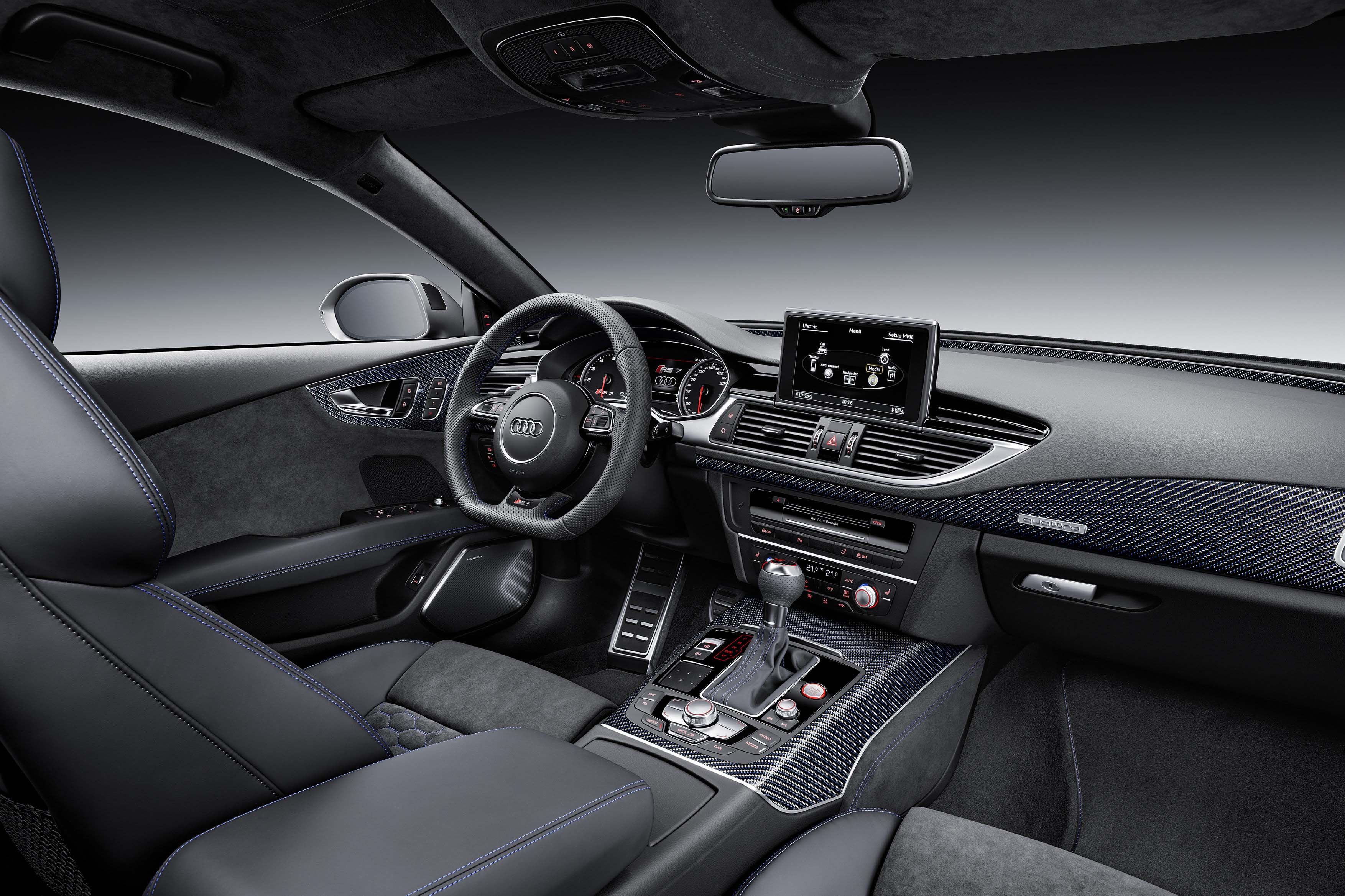 Inside the aeronautical cockpit are state-of-the art, driver-oriented conveniences and a subset of technological systems for safety, functionality and entertainment. For example, my kids love Audi loaners because MMI provides AT&T 4G LTE data connection and in-car Wi-Fi for their smartphones. It came in handy for me as well when streaming Thursday Night Football on my phone by way of the Sling TV app. Of course I would never watch shows or live games using my cellular data so Wi-Fi was a savior. MMI’s 8” central display screen slides out from the dash, as well as the tweeters from the $4,900 Bang & Olufsen advanced sound system, when the vehicle is started. Audi Connect also includes new services like INRIX online traffic info, Apple Siri Eyes Free integration and Web radio streaming.

In addition to Audi Parking System Plus, updated Night Vision Assistant ($2,500) and rear side airbags ($350), the majority of the safety and assist features come in the form of the $2,450 Driver Assistance package including Active Lane Assist, Adaptive Cruise Control with stop & go, Corner View Camera system, High-Beam Assist and Audi Pre-sense Plus. 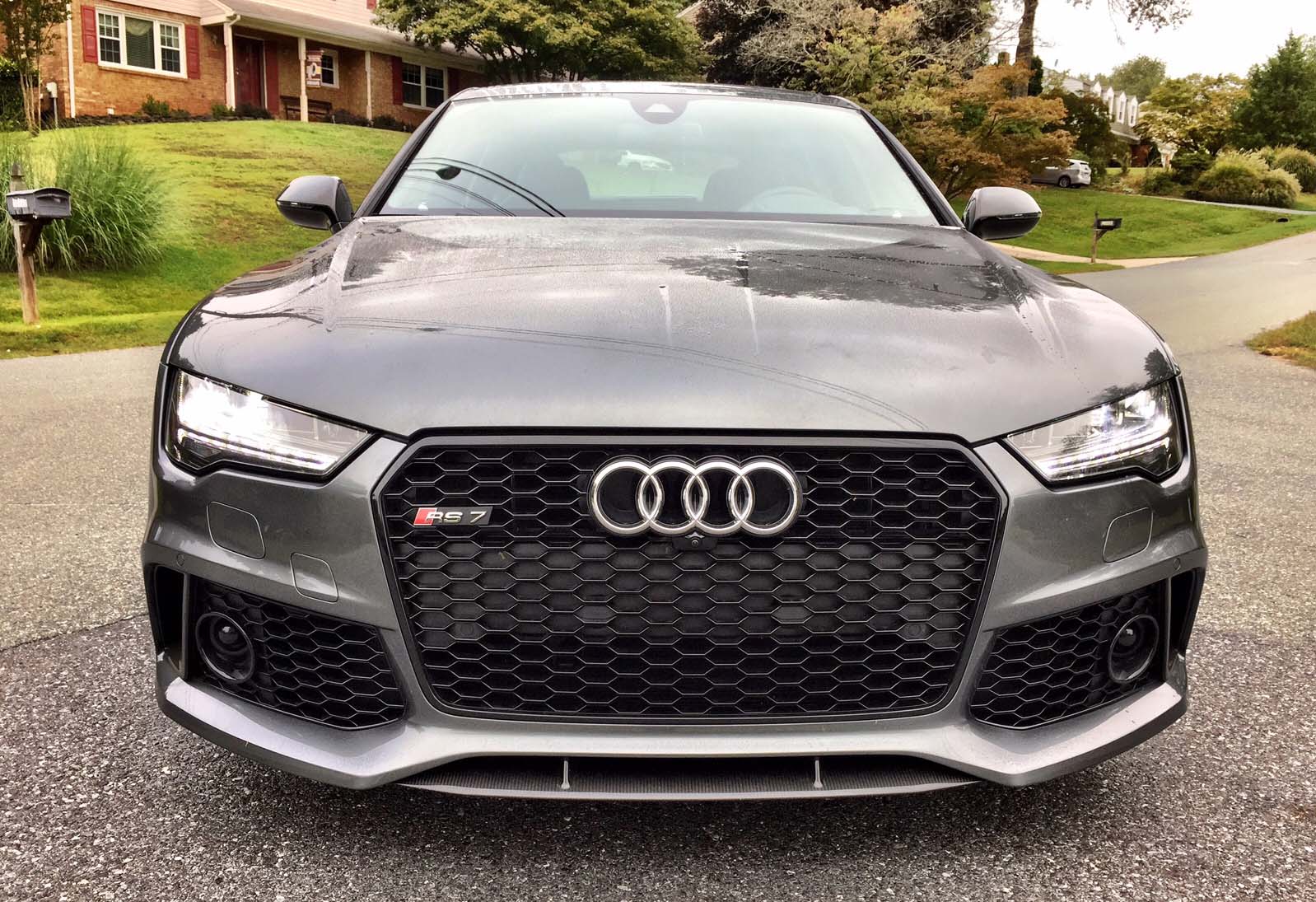 With a few admirable competitive vehicles in this set such as the Porsche Panamera Turbo and the BMW M6 the stakes are high. Ultimately the decision comes down to what vehicle makes you feel exclusive and if the $129,000 ($140,850 as tested) 2016 RS 7 performance model provides the attributes necessary. It is Beethoven to music, Bill Belichick to football, LeBron James to basketball, Madison Bumgarner to baseball, Serena Williams to tennis and Langston Hughes to poetry. It is menacing when pushed to the limit but dances with the rhythm of ballerinas. The choice is yours!