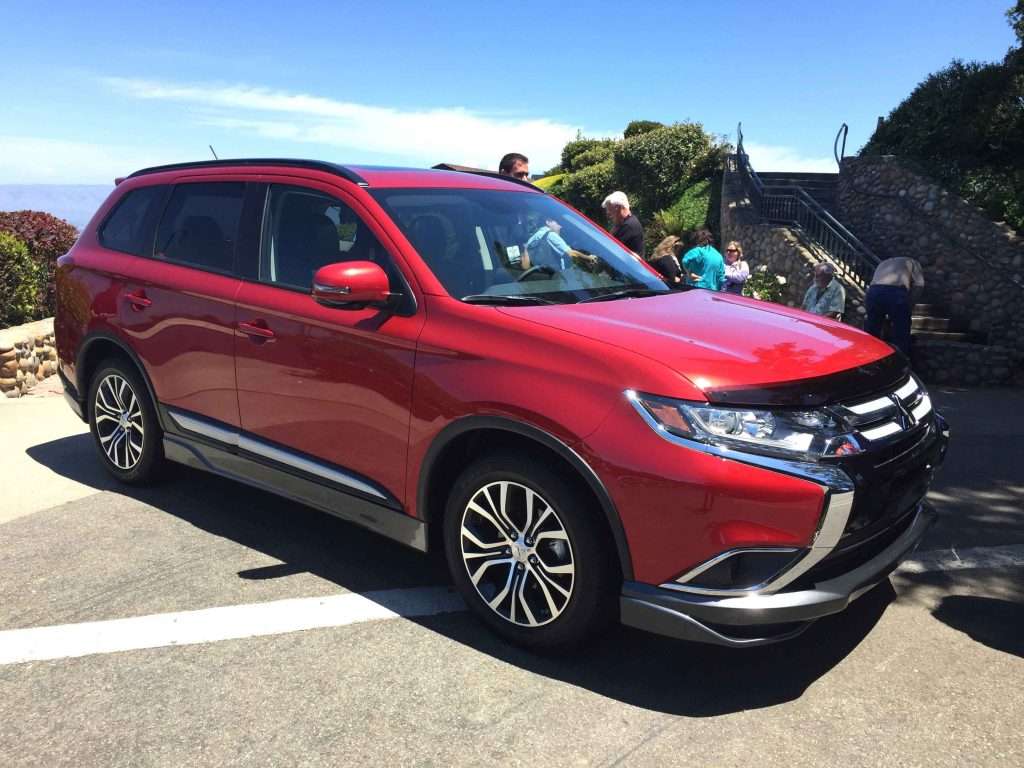 I can vividly recall the fond memories we had together over a decade ago with a Ghost White, urban customized Montero replete with a rear step ladder and safari styled roof rack that could hall the items in a small bedroom. It was tough, rough, rugged and raw. We utilized the sporty Japanese SUV for a cadre of festivals, shows and events to spread its appeal. SEMA surely loved it. Years later I met my wife who owned the mid-sized Galant. She adored that car. But times have changed and she now rocks an Audi Q7 TDI. Since, the Mitsubishi brand hasn’t really come up in vehicle ownership topics. Hopefully the 2016 Outlander will change all that!

Released to the world at the New York Auto Show back in April, the Japanese automaker has big plans for their latest and greatest SUV. It can do wonders for the company like NBA MVP Steph Curry for the Warriors or it can pass as another idealistic premonition that didn’t have enough steam to advance in the eyes of diverse customers looking for progressive technology, fuel efficiency and an array of modern day conveniences. So we ventured to San Francisco for a day of test-driving and conversation with Mitsubishi’s engineers and marketers to intimately understand what the Outlander has to offer. 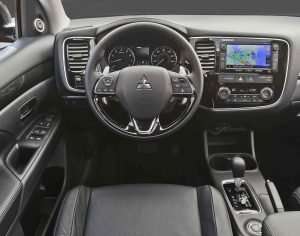 Currently, sales are up which points to a positive sales strategy for leading the Outlander into the marketplace with momentum. The most drastic increase is the Outlander Sport which witnessed a 63% spike. “The 2016 Outlander has an eye-catching new design aesthetic inside and out, and with its long list of engineering upgrades, the new Outlander literally looks, drives and feels like an entirely new vehicle, making it an even more compelling value than before,” said MMNA Executive Vice President, Don Swearingen. Value is also a key factor in how the company positions the agile SUV. With 25% of product volume dedicated to fleet, residuals were taking a hit coming off of lease terms. Mitsubishi is working to set fleet volumes below 10% to offset any negative impact.

The telling story of the newfangled Outlander is just that; everything is new. In fact, Mitsubishi touts 100 updates from design to gadgetry for the active lifestyle vehicle. Instantly, I was visually coerced by its palpable and edgy framework and attention to details. Trust me, the pictures do not fully tell the story. You have to directly experience it up close and personal. Product planners added a new hood, LED lights, front and rear fascia, fenders and side, power-folding mirrors. A set of 18” artsy alloy rims are standard. Really, if you glaze at the pattern too long you may become hypnotized and venture to a dealer and buy each family member an Outlander. The chiseled front end is boisterous with a machined lower grille (silver accents)  that resembles a football helmet’s chinstrap. Wheel arch and chrome beltline molding  and a tilt and slide sunroof allow the scheme to pop. I wouldn’t say the overall design approach is revolutionary, but it’s far more advanced than the model it’s replacing.

Power emanates from either a 2.4-liter MIVEC SOHC 4-cylinder engine (166 horsepower) or the 3-liter MIVEC SOHC V6 engine (224-horsepower) found on the GT. The 4-cylinder is paired with a continuously variable transmission (CVT) and the V6 gets the 6-speed automatic Sportronic transmission with steering wheel mounted paddle shifters. Super All-Wheel Control (S-AWC) or Front-Wheel Drive are your traction options. Of course my SUV without a doubt needs torque fed to all four wheels. It’s an optimal component for adventurous lifestyles and East Coast winter weather. Power was decent but needed more umph on the highways. On the contrary, the acceleration was suitable for typical SUV needs along the Bay area roads. Also, the 2.4-liter will provide 1,500 pounds of towing capacity and 3,500 for the 3-liter. 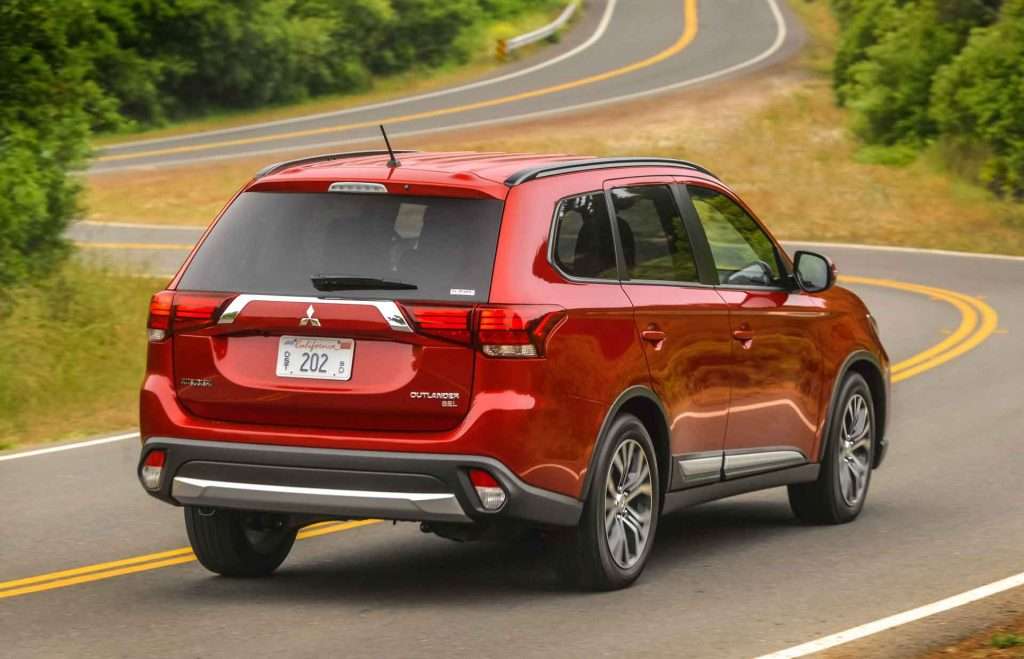 Step inside the 3-row, 7-passenger utility and feel the familiar environment of Mitsubishi SUVs. Yet, a new stealthy steering wheel has been set into place with updated contrast stitching on the seats. Mitsubishi also added the auto dimming rear view mirror to offset rear high beams, windshield wiper de-icers, ergonomic second-row seating and enhanced entertainment systems including the 9-speaker, 710-watt Rockford-Fosgate. My roots reggae tunes never sounded better! The soft-touch multi-media screen and apps aka Mitsubishi Multi Communication System (MMCS) seem to have caught up with modern digital times as well. It was simple routing through the features and following the navigational instructions. The 50/50 third-row folds flat when not in use and the rear floorboard features additional cargo storage.

With a starting MSRP of $22,995 for the 2016 Outlander ES 2WD, customers can choose from four decisive models including the aforementioned ES, the $23,995 SE 2WD, $24,995 SEL 2WD and the $30,995 GT AWD. The SE and SEL can also be had as AWD vehicles. Oh, “L” stands for “leather” in the SEL naming convention. The advanced safety systems — Forward Collision Mitigation (FCM), Lane Departure Warning (LDW) and Adaptive Cruise Control (ACC) – can be obtained at lower costs to entry than the outgoing Outlander (only for the SEL and GT models). The general safety systems are standard on all models and consist of Anti-lock Braking System with Electronic Brakeforce Distribution and brake assist,  Active Stability Control,  Traction Control Logic, Tire Pressure Monitoring System and side curtain airbags.

The Outlander is a valued priced SUV with modern-day technologies and amenities and is one to consider in your SUV scouting report. Enjoy the drive.