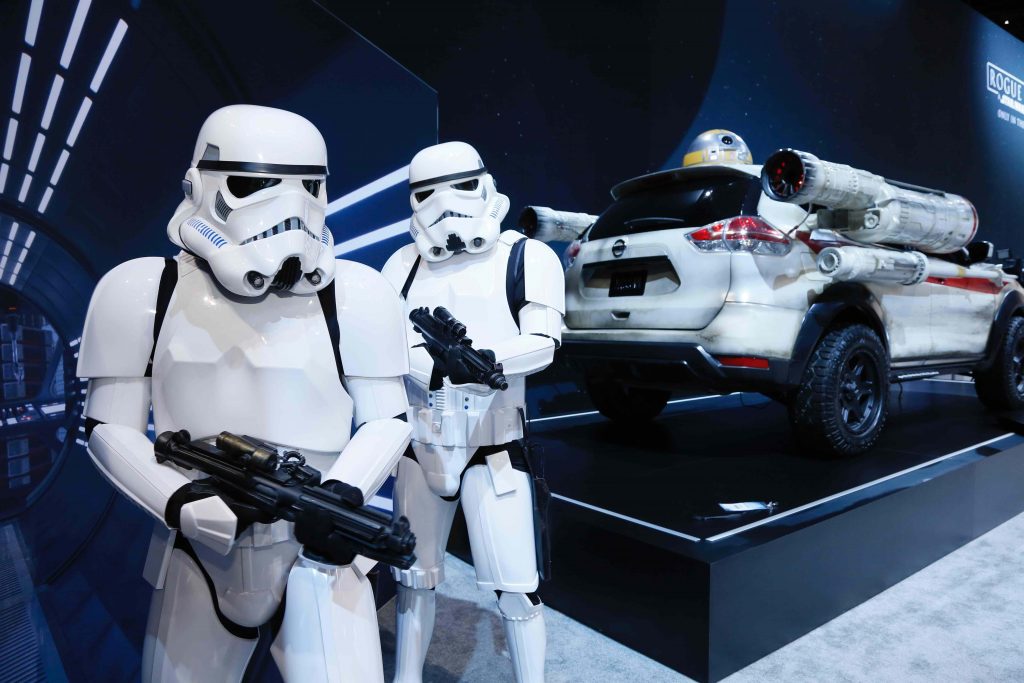 It was cold as usual in the Windy City but I jumped at the opportunity to represent Automotive Rhythms during the 2017 Chicago Auto Show’s annual two-day Media Preview. Currently open to the public until Monday February 20, the 109th automotive spectacle hosted 20 world debuts from manufacturers including the Mitsubishi Outlander Sport, Ford Expedition, Hyundai Elantra GT, Nissan TITAN King Cab, Nissan Midnight Editions, Dodge Durango SRT, Toyota Tundra and Sequoia TRD Sport editions, and the Volkswagen Tiguan LWB.  As you see there was much to cover in terms of product launches, news, and highlights at the Chicago Auto Show.

“There is nothing that compares to the magnitude of the Chicago Auto Show,” said Mike McGrath, 2017 Chicago Auto Show chairman. “This year promises visitors a first look at some of the newest and most exciting automobiles, from family-haulers to pickup trucks to supercars. We’ve also expanded a fan-favorite, test tracks, including five indoor and four outdoor test drives. There is truly something for everyone at the 2017 Chicago Auto Show.”

To kick off the proceedings I arrived at McCormick Place — the largest convention center in North America — to take full advantage of the Concept & Technology Garage where I climbed into and drove vehicles such as the all-new 2017 Nissan Rogue Sport and the 2017 Alfa Romeo Giulia Quadrifoglio on an indoor course. The all-electric Nissan Leaf was also on deck to experience including its ample 107-mile range and added utility for my everyday transportation needs.

The Rogue Sport will be available in the spring as Nissan’s newfangled subcompact utility vehicle. It’s powered by a 2-liter 4-cylinder engine that delivers 141-horsepower in either 2WD or AWD formats and is 12″ shorter in length and 6″ shorter in height than Rogue. Three variants will be offered as the S, SV and SL. The Japanese crossover is based on the Nissan Qashqai that isn’t sold in the US.

Alfa Romeo’s Giulia Quadrifoglio was an enjoyment while delivering a RWD package with 50/50 weight distribution, 505-horsepower and 443 lb-ft of torque which rockets that car from 0-60 mph in 3.8 seconds. It’s also one of the sweetest sounding rides on the market. With a 2.9-liter Twin Turbo V6 the Italian sports car can reach a top speed of 191 mph. 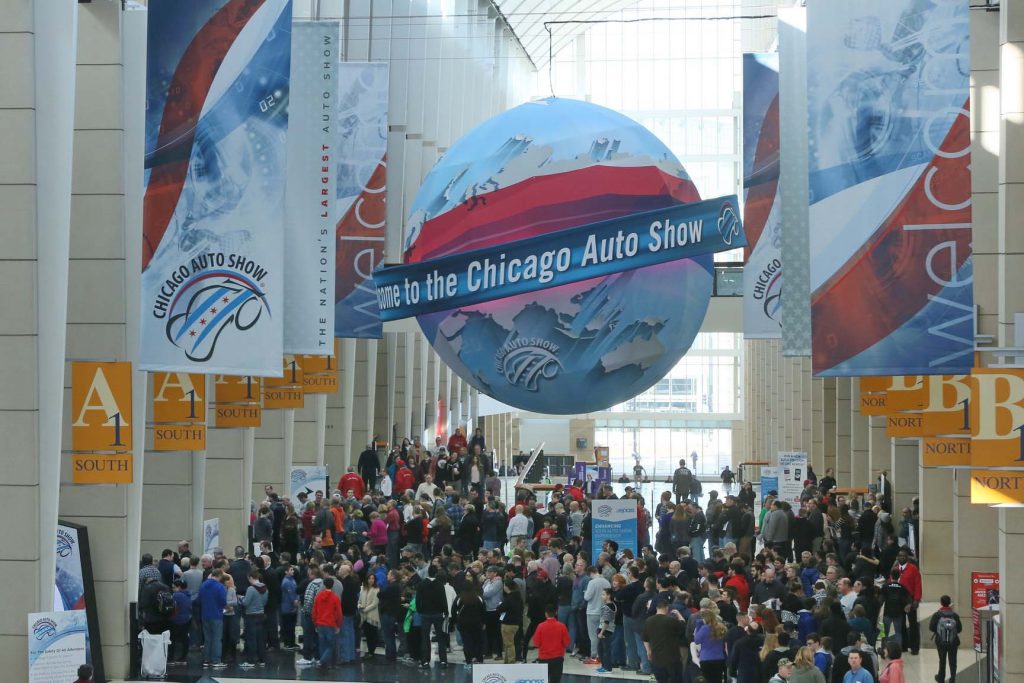 On the eve of the first preview day Nissan invited guests to the Nissan @ Midnight Event at the Revel Fulton Market to kick off the show in style. Our host created a late night, upscale club experience in the middle of the afternoon to showcase their latest vehicle packages. Complete with lighting, music, and breakdancers to set the mood the Japanese brand introduced us to the Midnight Editions which include black wheels, spoiler, mirror caps, bespoke floor mats, and other equipment unique to the models. Midnight Edition is available on Maxima, Altima, Murano, Pathfinder, Rogue, and Sentra, which collectively account for 75% of Nissan’s U.S. sales. You can order your Midnight dream machine in black, white, gray or red hues. 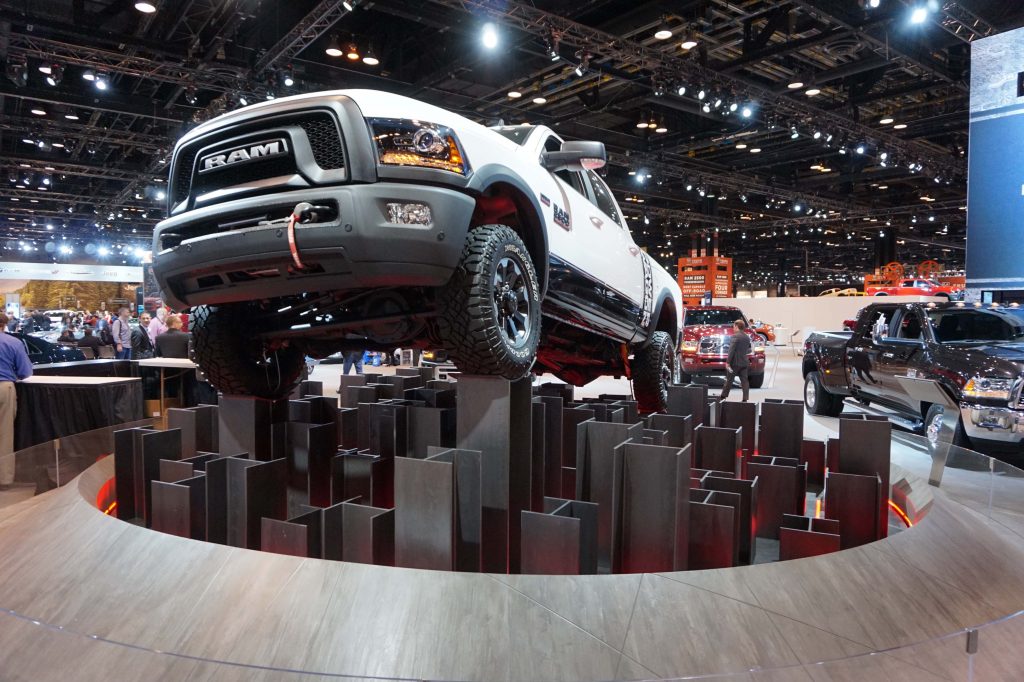 At the Midwest Automotive Media Association (MAMA) breakfast, day two presented us with the global nature of the automotive industry by way of a keynote speech from Ralph Gilles, head of design for Fiat Chrysler Automobiles (FCA). Gilles’ messaging from each FCA brand goes as follows: 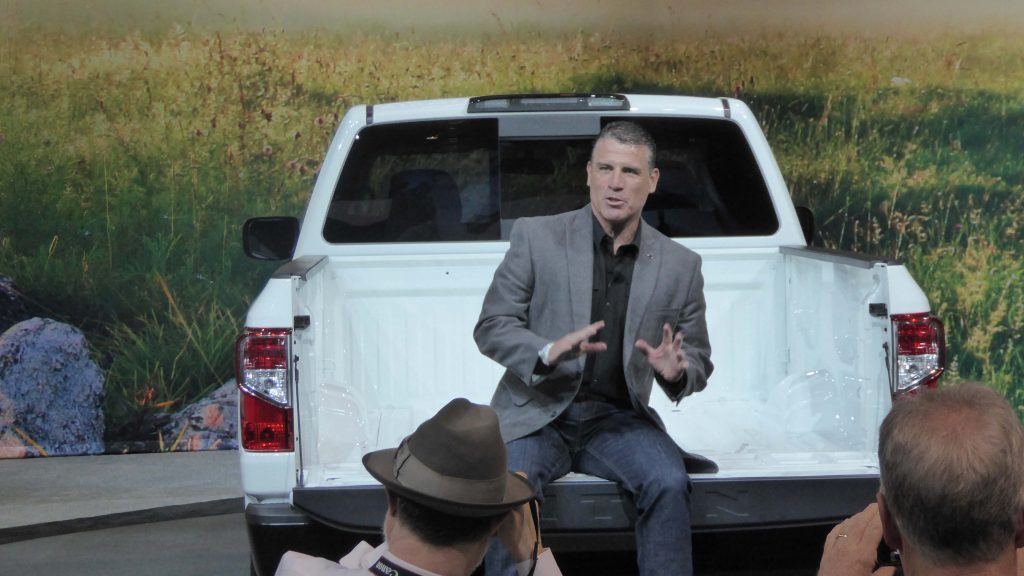 Back at their “Year of the Truck” mission, Nissan is again highlighting the Titan. The Tennessee based automaker revealed its Titan King Cab in a “Tailgate Talk” which completes the full-size truck line. The super truck carries six comfortably and features clamshell doors for easy loading of passengers and gear. Moreover, the rear seat folds flat allowing for additional cargo. The pickup also includes an innovative “rear seat delete” option that (as the name implies) optimizes the rear cab for large equipment. A 5-year bumper-to-bumper, 100,000-mile commercial van and truck warranty and a full range of drivetrain offerings round out Nissan’s robust incentives for truck buyers. Today, Titans are designed in California, engineered in Michigan, tested in Arizona, assembled in Mississippi, and powered by Indiana and Tennessee. José Muñoz, Chairman of Nissan North America, is emphasizing truck sales to capture 10% of the U.S. market.

On Friday, my last day in Chicago, I visited more brands and rode in FCA and Mercedes-Benz vehicles on the indoor tracks at McCormick Place. The Chrysler 300 SRT8 delivered that classic MOPAR growl and the Mercedes-Benz G-Wagon course — essentially a metal pyramid with 42-degree sides and a seesaw on top — surely wowed me. My professional driver locked all three differentials on the G550, ensured all seatbelts were fastened, and then slowly drove up the pyramid. The engine ran just above idle with no complaints from me towards the $123,000 military grade SUV. In route down, the driver stopped mid-way to demonstrate the vehicle’s massive braking capabilities as passengers were literally held in place by their seat belts. 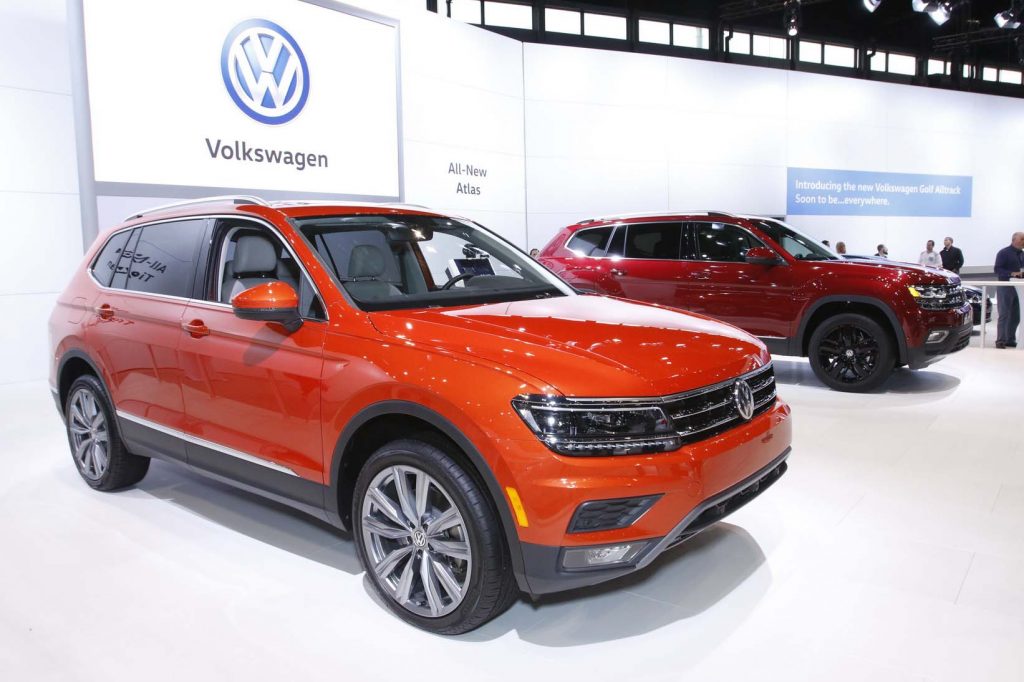 McCormick Place is the perfect venue for the Chicago Auto Show. This year was full of energy and new vehicle introductions. And if you stay at the Hyatt Regency at McCormick Place as I did you’ll never have to go outside in the frigid cold to witness the 1,000 vehicles from roughly 40 exhibitors. For more information follow the show on instagram @ChicagoAutoShow or https://www.facebook.com/ChicagoAutoShow. Enjoy our photo gallery.