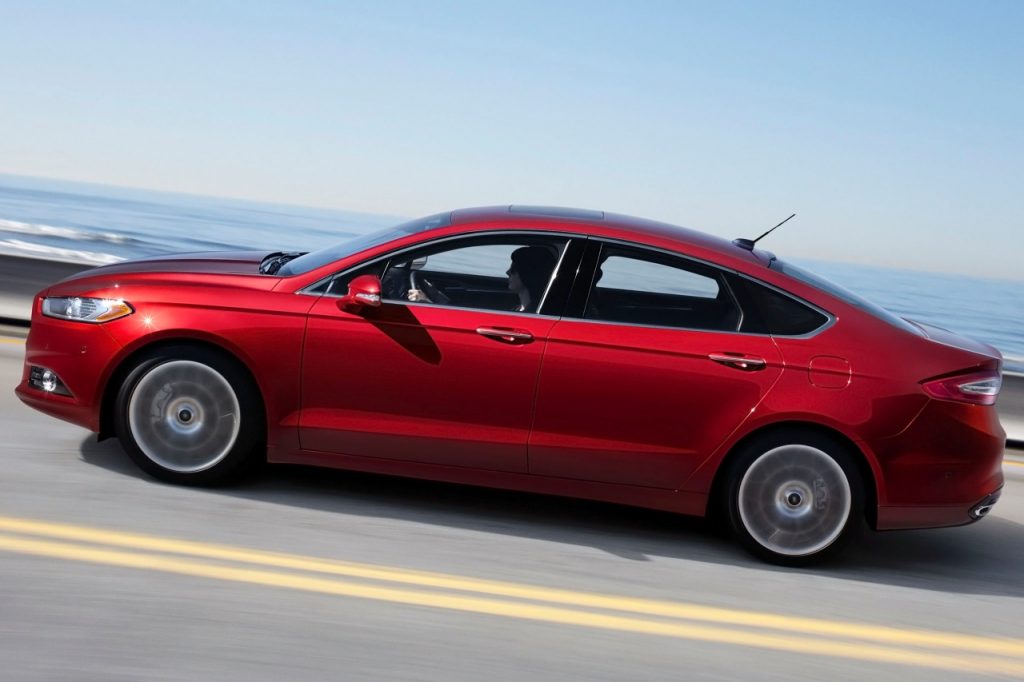 This past week Automotive Rhythms had the privilege of test driving the new 2017 Ford Fusion V6 Sport with its smoking 19” double 5-spoke, tarnished dark rims, rear spoiler, strong engine, high-gloss black mesh upper grille, quad-tip dual exhausts, solar tinted glass, and AWD which is standard on the V6 Sport. You can categorically say this Ford is befitting of the modern American performance family.

Right off the bat the Ruby Red Tinted Clearcoat exterior hue immediately caught my eye while its aggressive styling certainly presented the feel of an authentic sports sedan. Our model came with a Dark Earth Gray interior consisting of a decent grade of leather, aluminum sport pedals, a rotary gearshift dial, and a sporty, leather-wrapped and multifunction steering wheel with mounted paddle shifters.

Of course the Sport Upgrade Package looks great on the vehicle, but obviously the Fusion V6 Sport is a promotion from the standard Fusion you typically find at airport rental locations. In fact, this is the version of the Fusion you wish the rental companies allocated to their customers. As an active parent I was sure to put the V6 Sport through its paces and see just exactly what it was made of during the week-long observation. Between grocery shopping, child taxing, hitting the gym, and runs between DC and Maryland we became very much acquainted. 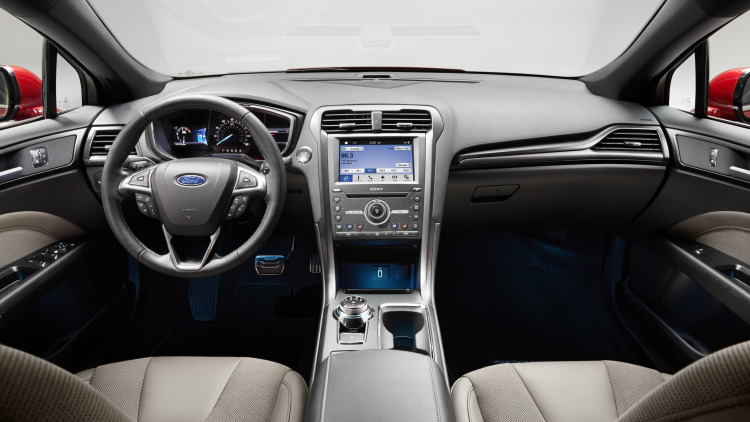 First and foremost if you are like me then the first thing you do after strapping in and adjusting the mirrors and seats is to hone in on the infotainment system. As with most current automobiles the Fusion is outfitted with Satellite Radio which is part of the onboard Voice-Activated Navigation System with SiriusXM Traffic and Travel Link. In this case Ford dubbed it Sync Connect or Sync 3. Of course the latest rendition is far more advanced than when Sync first hit the scene. The purpose of these central control systems is to put audio, navigation, and connectivity assignments at the driver’s fingers tips with limited distraction. I navigated my away through the touchscreen operation checking each software feature and app while parked, but it was a bit awkward to say the least. Sync has continued to evolve but is still a bit distracting and not as fluid as BMW’s iDrive, Audi’s MMI or Chrysler’s uConnect. Some buttons were hard to find at first glance and certain features required too much attention to engage. Though, with Android Auto and Apple CarPlay I was in business since I could simply work with the apps on my phone. However, once I got going and engaged the S mode located on top of the dial I was gone like the wind. 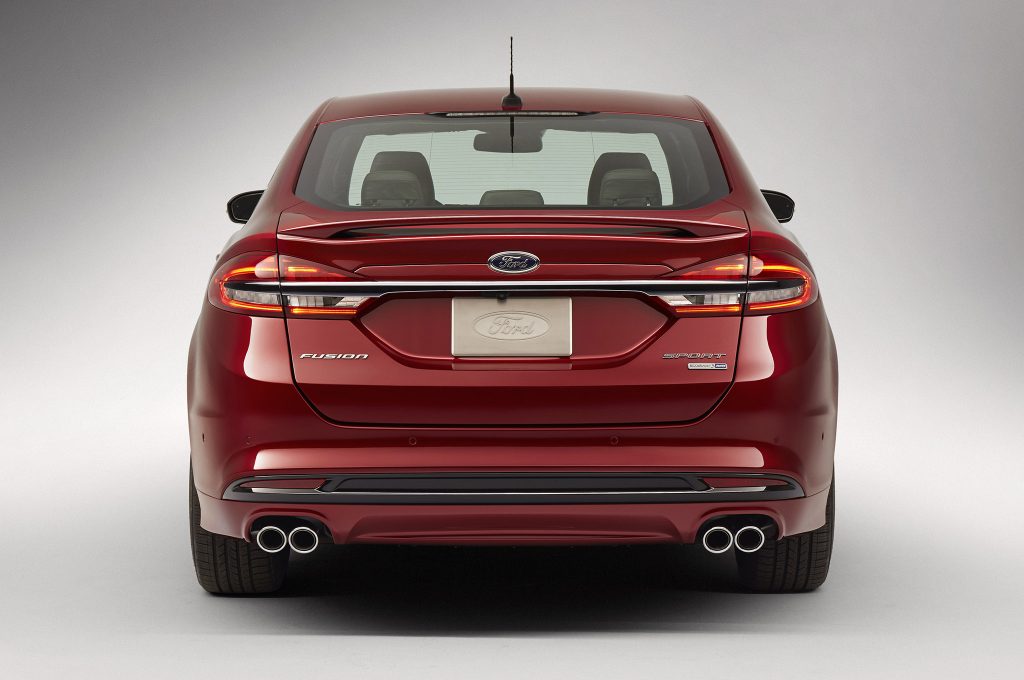 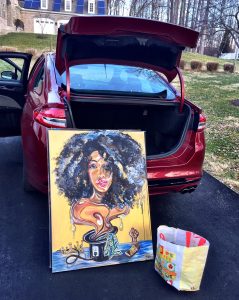 S mode is Ford’s fancy way of saying catch me if you can. It tightens up steering, fine tunes the adaptive dampers, opens up the throttle, and awakens the exhausts notes a bit. Under the hood is a 2.7-liter EcoBoost V6 Engine with 325-horsepower and 380 lb.-ft. of torque at 3,500 rpms. Paired with the 6-speed SelectShift Automatic transmission with the aforementioned paddle shifters the Fusion shifted seamlessly and delivered the power to all four tires needed to devour open roads. My new friend’s Intelligent All-Wheel Drive is a definite plus for sports performance as well as East Coast winters. Although AWD attributed to better handling the steering response felt sluggish at times. Supplied with 235/40 R19 Goodyear all-season rubber I wonder what those summer tires would feel like on the V6 Sport engaged in S mode. 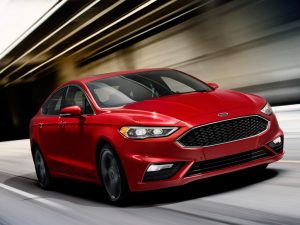 The 2017 Ford Fusion V6 Sport gets my praise for performance, interior styling, exterior appeal, and cargo space. In fact I was able to store and lay flat without a qualm sizeable 30×40” canvas murals from one of our visual artists. Moving forward, a few improvements would shift the sports sedan up on the depth charts. With a $33,605 starting point (fully equipped versions can tip $40,000) you are sure to receive a drive experience worth the name that precedes it.