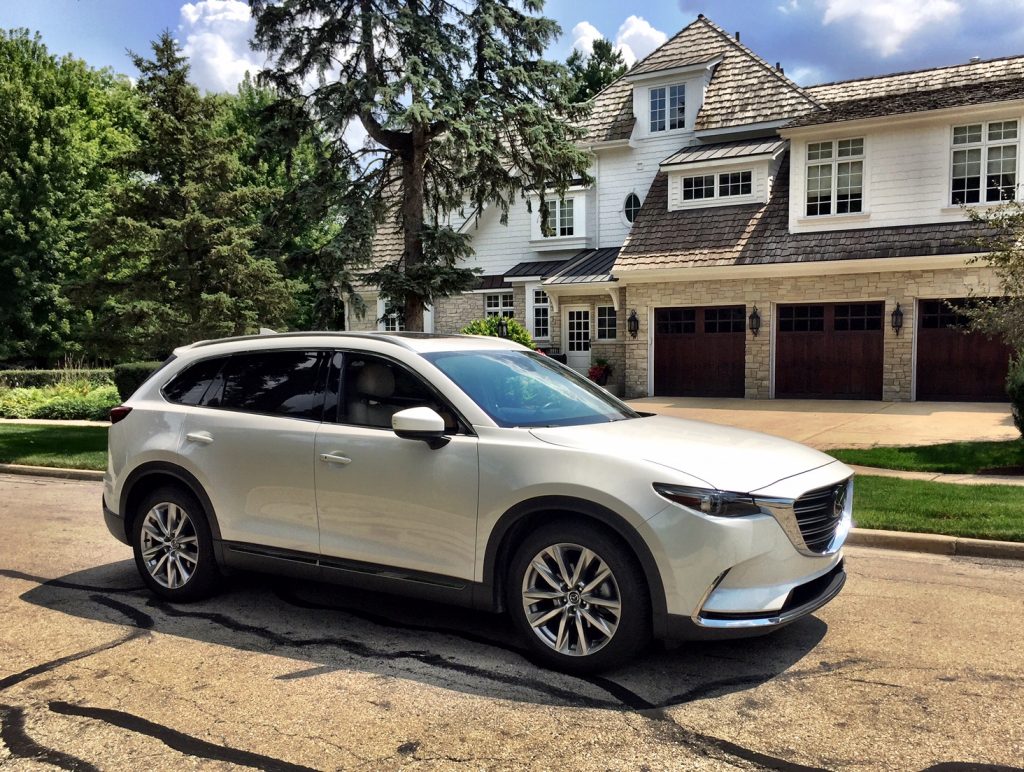 Summers are special for the Rawlins Family as we use this celestial time to explore newfangled destinations, rekindle favorite pastimes and venture to various health, food and fitness festivals focused on developmental skills. It’s that innate energy of June, July and August that keep us on the go like nomads always looking for the next adventure. Well, this past week led the crew to the Windy City of Chicago for a week-long Nike Sports Camp to help elevate my youngest daughter’s ball handling techniques. Thanks to Mazda I was able to escort us around the region in style utilizing the family-friendly 2017 CX-9 Grand Touring AWD. 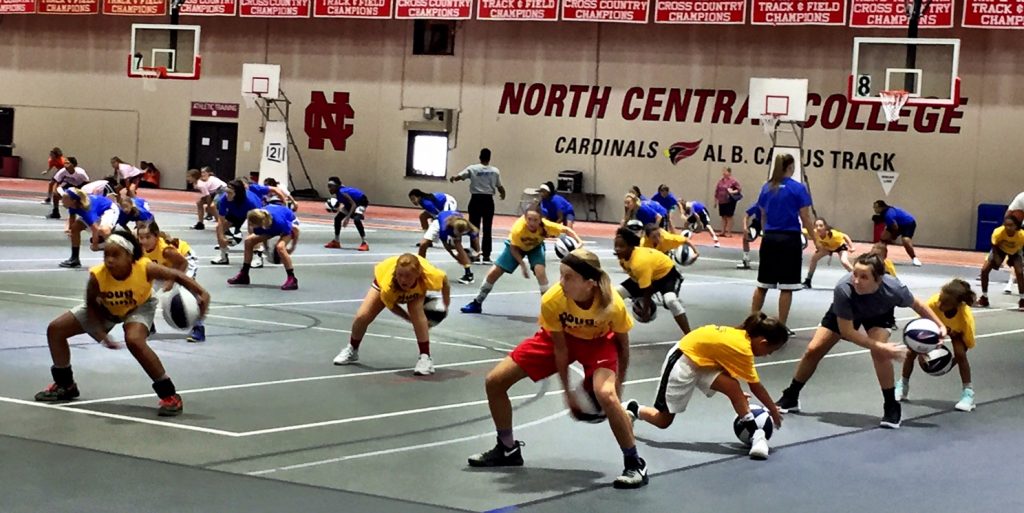 The Nike Camp with Doug Bruno Basketball took place at the liberal arts school of North Central College in Naperville, Illinois, which hosted a few hundred young ladies looking to up their game. Aya was excited to meet new friends, experience unfamiliar environments and welcome fresh opportunities. This trip marked the 7th and final sports camp for the girls’ summer of 2017. From California to Maryland Aya, Mika and I were on a grand tour living it up. With that in mind you can imagine the amount of luggage we traveled with so the three-row, seven-passenger CX-9 had no qualms fulfilling its obligations. We checked in 6 bags total which the Mazda’s rear storage was able to accommodate with the 3rd row laid flat leaving more room to spare. And the pocket indentations on each side of the floor were perfect for the basketballs since they opened up more space. 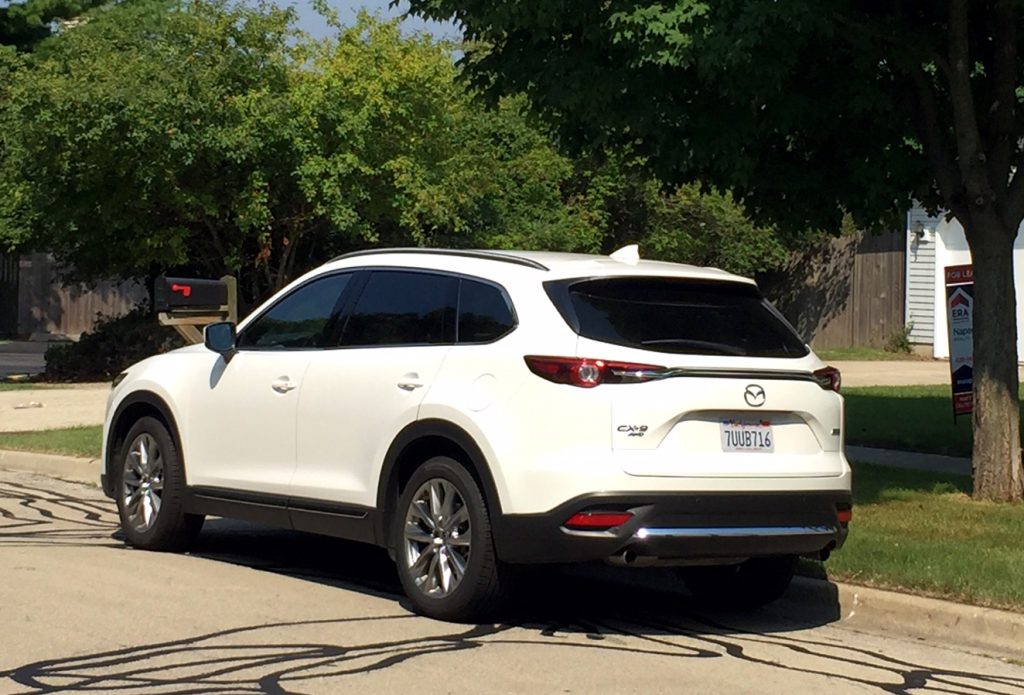 As usual we flew from Dulles International Airport on United Airlines (UA) to Chicago O’Hare for the journey. After 2 million miles in the air with UA the perks are impeccable which make trips with kids far more pleasant. Upon landing we immediately hit the road to pick up some vegan grub at our favorite eatery otherwise known as Native Foods Café in Hyde Park. Our CX-9 was blessed with I-ACTIV AWD and 20” alloy wheels so the rough city streets were easy navigating. While in the area we cruised by the University of Chicago and other noteworthy landmarks such as the Museum of Science and Industry. Mika and Aya enjoyed the “freedom of expression” they witnessed from Chicago’s local scene as I slowly escorted them through each defining neighborhood.

In route to The Westin Lombard Yorktown Center the midsize Japanese SUV’s SKYACTIV-G 2.5-liter turbo with 227-horsepower and 310 lb.-ft. of torque moved along the highway smoothly and efficiently providing 26 highway MPGs. It’s mated to Mazda’s SKYACTIV-Drive 6-speed automatic transmission with sport mode. For longer routes I chose to let Mazda Radar Cruise Control take over the driving. The CX-9 is not overtly performance-oriented so I didn’t expect top acceleration or aggressive cornering capabilities, but its mannerisms are family and safety focused to protect that precious cargo in the form of your children. It is also instilled with advanced technology systems to provide comfort, conveniences and proper infotainment. Lane Departure Warning and Lane Keep Assist for example sent an alert when I inadvertently crossed the line without the utilization of turn signals and abruptly escorted the Mazda back in its lane. I was also at ease knowing Roll Stability Control, Traction Control System, Dynamic Stability Control and Smart City Brake Support were on deck to help keep my daughters protected in the case of an unfortunate vehicle incident. 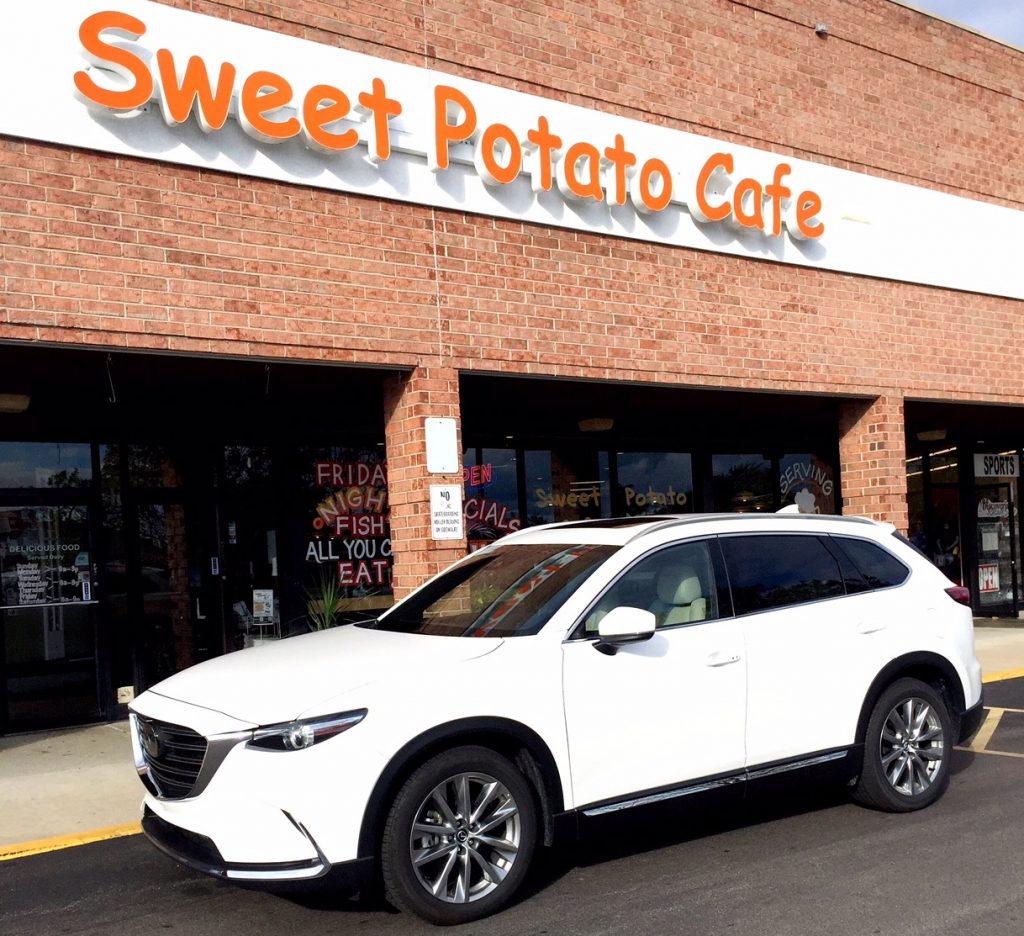 The kids were satisfied with the color touchscreen 8” MAZDA CONNECT infotainment system for playing their smartphone’s music out of the 12-speaker BOSE premium audio surround system with Centerpoint 2 and AudioPilot 2 technology. The only complaint was that the USBs didn’t charge our phones adequately so we kept fighting for the only mobile charger we brought on the trip. The good thing is that it forced me to use Mazda Navigation System since my phone kept dying rendering Google Maps null and void. Using the Multi-Function Commander Control it was simple operating the applications. The routing was pretty precise as well and the graphics were well defined. Basically, everyone was appeased with the CX-9’s amenities. 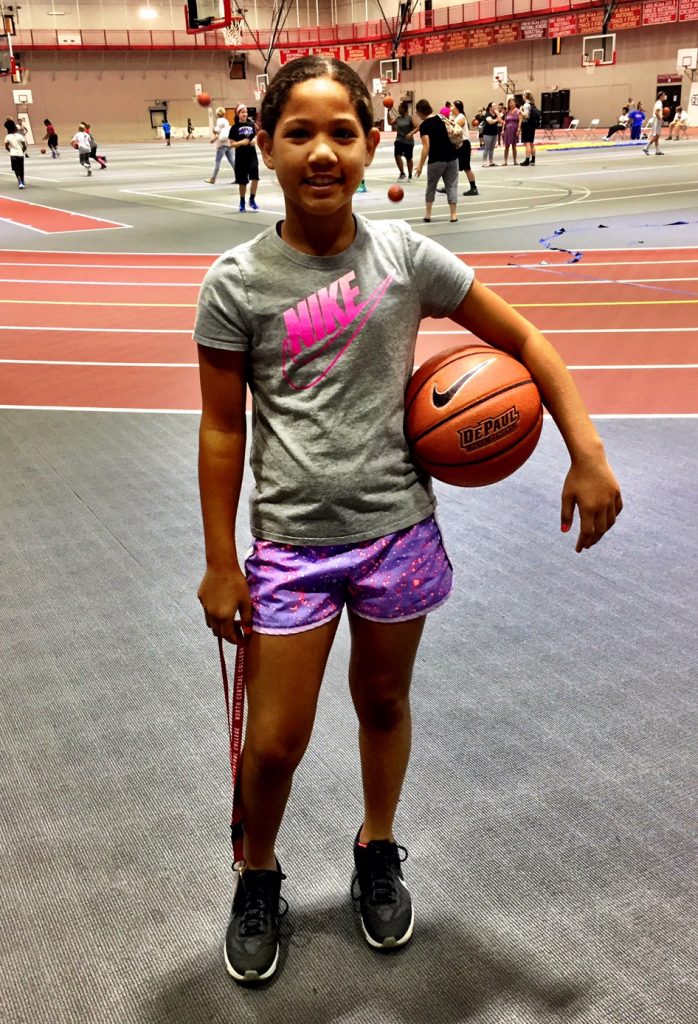 The next day Mika and I dropped Aya off at camp and then set our day on back-to-school shopping. Luckily the Chicago Premium Outlets in Aurora were close so we filled the CX-9 with everything from Timberland and Urban Outfitters to Nike and Abercrombie & Fitch. Of course the Advanced Keyless Entry System was a gem as was the Power Open/Close Lift Gate since our hands were bogged down with bags galore. With the CX-9’s snarling new grille and Snowflake White Pearl Mica exterior hue we never had a problem finding our ride in the sea of hundreds of parked vehicles. The Rear Camera and Rear Backup Sensors also came in handy for maneuvering backwards in those busy parking lots. 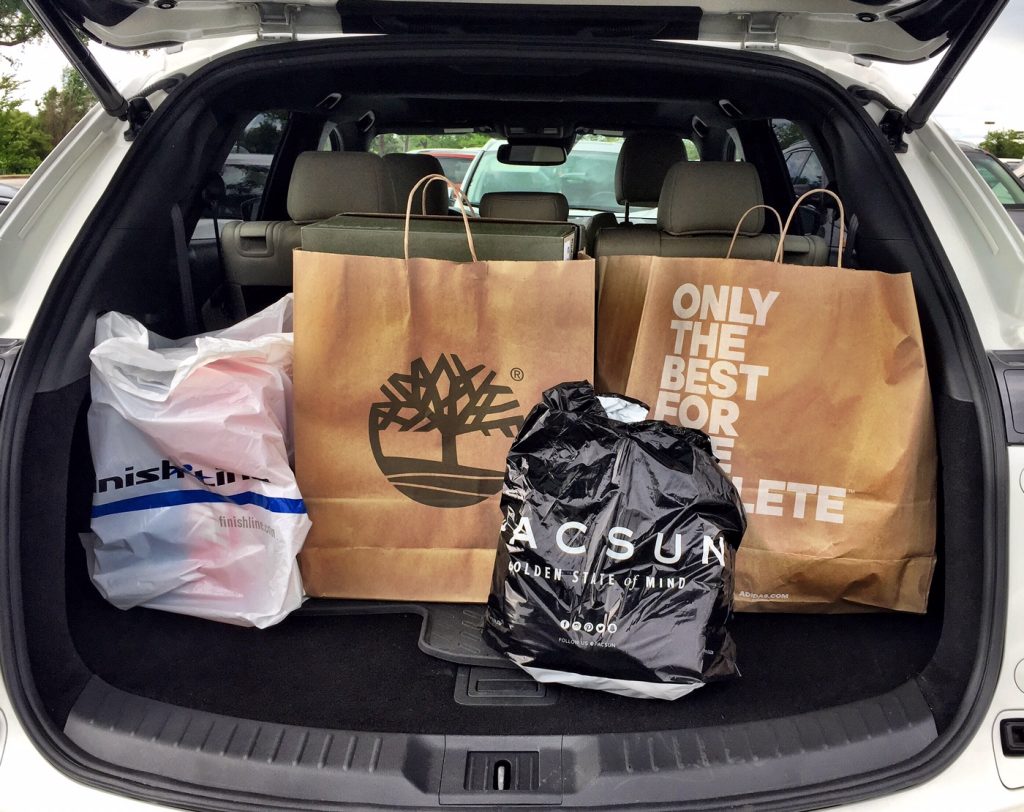 It was another phenomenal moment that allowed me to share precious one-on-one time with my daughters. Especially shopping where dads can help shape their dress code. More importantly we kept all meals healthy from places like Kyoto, Sweet Potato Café and Panera Bread. These are moments they will always cherish and the 2017 Mazda CX-9 played a major role in the action!