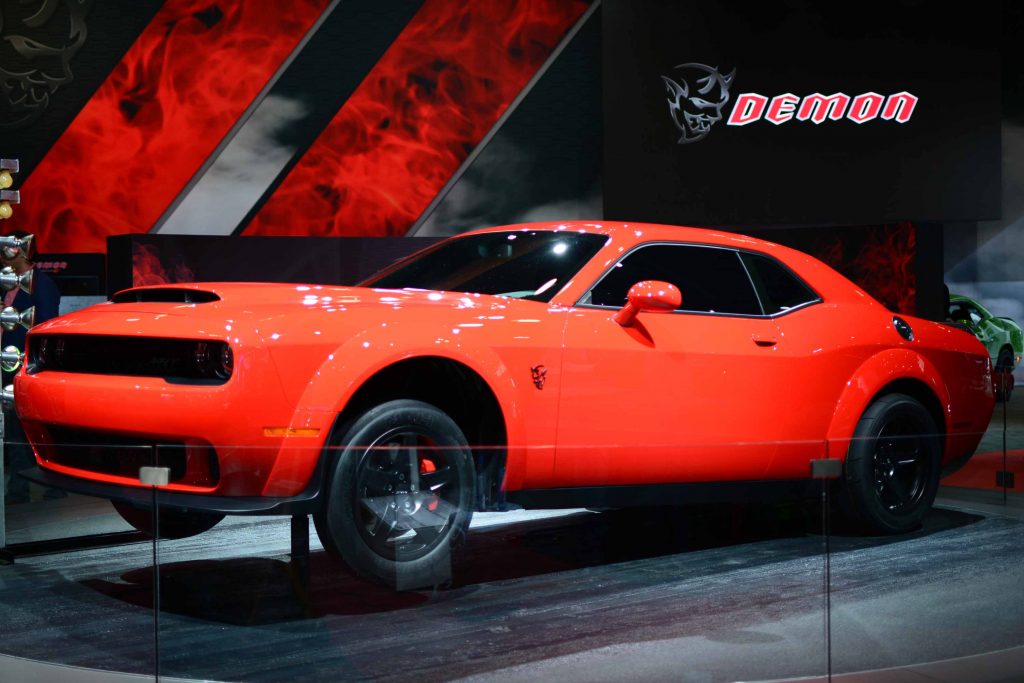 The New York Auto Show is one of my favorite shows to attend due to the excitement and presentation of the many debuts that take place. The show has been held annually since 1900 and for two weeks the Jacob Javits Center is transformed into an epic center of automotive excellence. Whether you are into domestic, imports, luxury, aftermarket or even antique vehicles this is definitely the auto show that meets every desire.

I tuned my agenda around the World and North American debuts that were set to take place so let’s discuss a few of my favorites. The 840-horsepower supercharged 6.2-liter V-8 powered 2018 Dodge Challenger SRT Demon arrived at the New York Show the night before media day at a special event with a start studded cast. What better way for the car to be introduced than by doing a rolling burnout on the stage. The Demon is positioned at the show in a powerful showcase by doing a wheelie. It is timed at 0 to 60 mph in 2.3 seconds and runs the quarter-mile in 9.65 seconds at 140 mph.

The FCA group didn’t stop there but wowed the crowd with Jeep using a dyno machine to introduce the 2018 Grand Cherokee Trackhawk topping out at 180 mph. This Jeep can run 0-60 mph in 3.5 seconds and completes the quarter-mile in 11.6 seconds. The Trackhawk is endowed with a 707-horsepower engine that is also used in the Dodge Challenger and Charger Hellcat models. 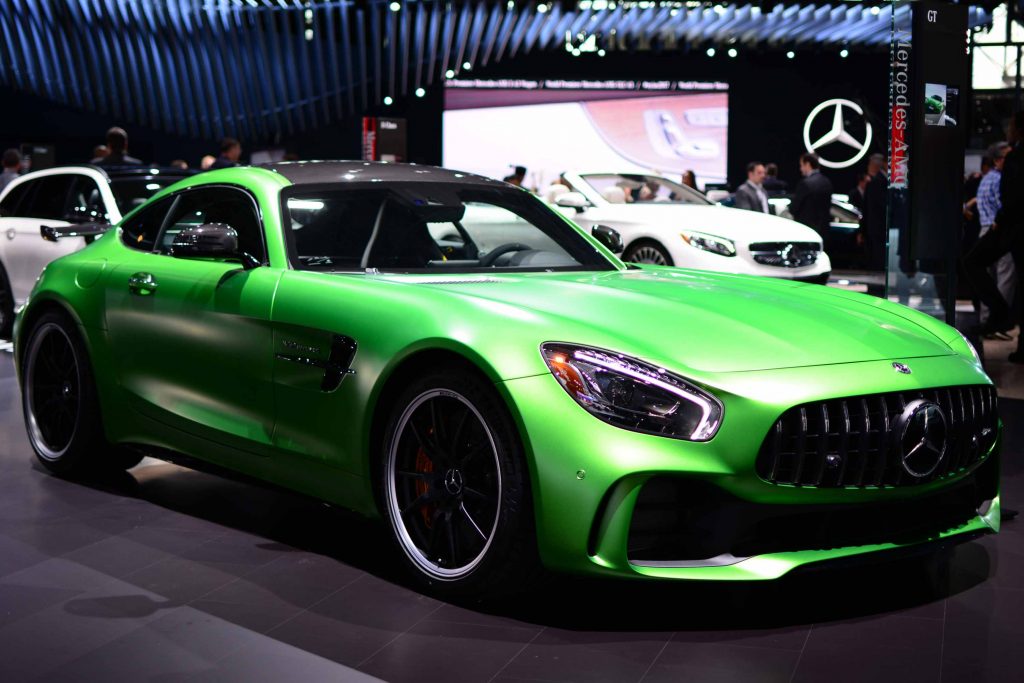 Mercedes Benz showed off the AMG CLG 63 with its twin turbo 4.0 liter V8. The big hit was the Mercedes-AMG GT R that makes 577 horsepower and 520 pound-feet of tire-spinning torque hitting 200 mph while completing 0 to 60 mph in about 3 seconds. Toyota stepped in with the concept FT-4X which stands for “future truck, all-wheel-drive” that literally transforms into an off-road all-purpose vehicle. Genesis rolled in with the GV80 Concept SUV, yes I said Genesis and not Hyundai. Many people, including myself, need constant reminders of the brand separation.

The 2018 Lincoln Navigator received a fresh new look, minus the gullwing doors that were seen in the concept version. The 30-way heated and cooled power front seats, twin rear video screens, 4G LTE WiFi and wireless charging inside the vehicle will make road trips fun and exciting. The 2018 Rogue Dogue put on a great display for all animal lovers with their doggy setup. With three dogs on site, Nissan showed off the K9 ramp to the ground, doggy hairdryer and built-in poop bag dispenser. Nissan is making sure that your pet will travel in safety and comfort.

But the most interesting debut was from the electric car startup Lucid Motors that showcased the Lucid Air aka the “Tesla Killer”. The Lucid Air is set to hit production in 2019 and will have a 113-kilowatt lithium-ion battery with a range of more than 400 miles. The twin electric motors produce a combined 1,000 horsepower that will hit 0 to 60 mph in under 3 seconds. The interior of the vehicle is spacious with a laptop-sized touchscreen to operate most of the intelligence functions. One of their prototypes set a record by topping 217 mph which is intriguing to adrenaline junkies. The Lucid Air will commence at $60,000 for an entry level version with 400-horsepower and a range of 200 miles. 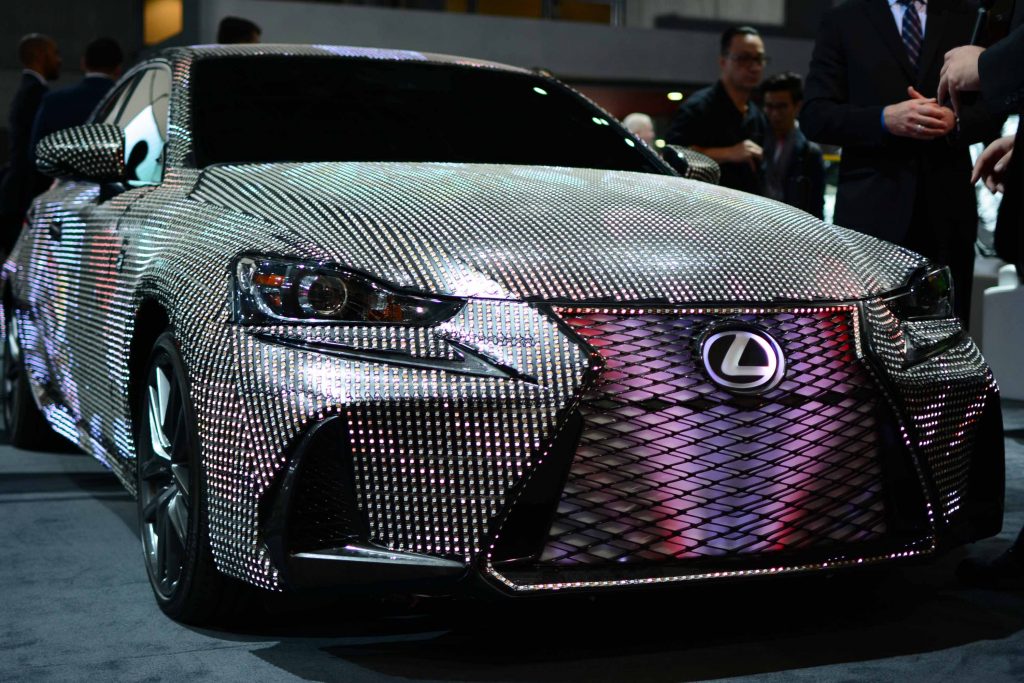 Next I stopped by Manhattan Motorcars’ display also known as “Supercar Alley” with some of the most exotic and luxurious rides on the market. This lineup included the Koenigsegg Agera RS1 that has a twin-turbo 5.0-liter V8 engine pumping out 1,360 horses and 1,011 lb-ft of torque. This $2 million Koenigsegg Agera RS is just one of the 25 exclusive Koenigsegg Agera RS models set to be built. In addition, the $2.6 million 1,500-horsepower, carbon fiber Bugatti Chiron surely stunned the crowd.

Croatia now has an ultra-limited electric hypercar called the Rimac Concept One that has all-wheel drive with 1,224-horsepower and 1,180 ft.-lb. Rimac has made it clear that they will not be competing with Tesla considering that they are on the Koenigsegg level. Bentley showed off the Bentayga while the Rolls-Royce Dawn convertible just screamed luxury. The Audi born Spyker C8 Preliator, the British Lotus Evora 400 and the Italian Lamborghini Huracán Perfomante added the sport appeal to the section.

Do not miss the custom auto section on the lower level, camp jeep outside or the historic vehicles in the museum section. Each of these locations offer a fun and family friendly environment as well as some rides yet to be seen by daily drivers. Please enjoy the photo gallery.