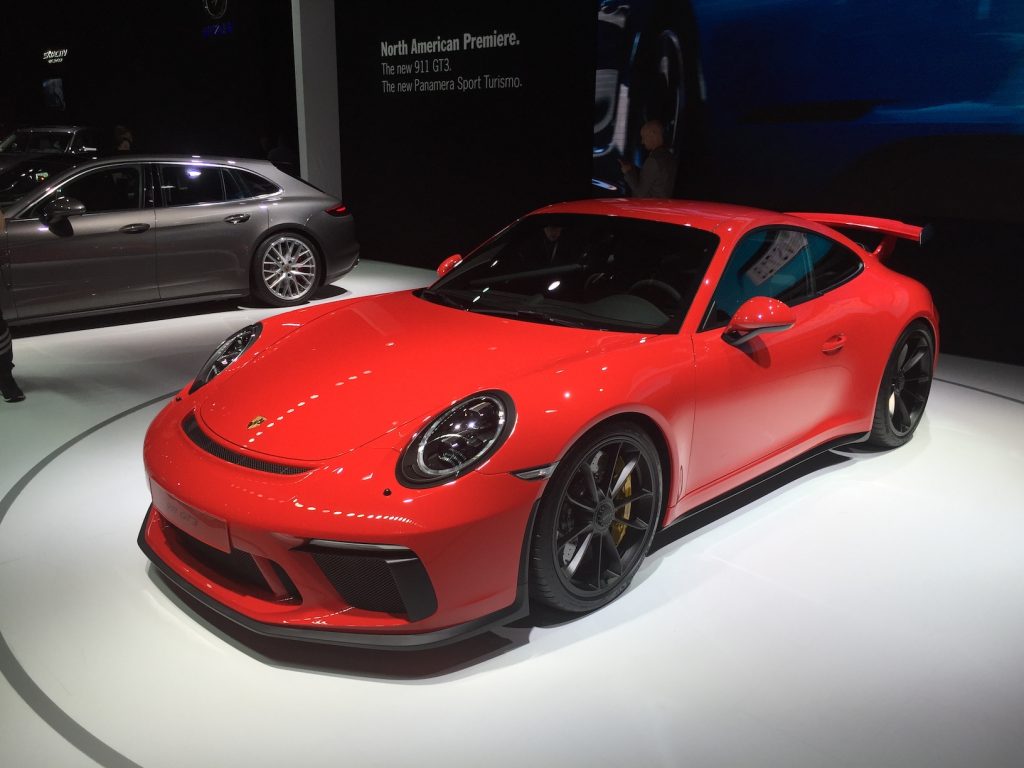 With the introduction of the 2018 911 GT3 Porsche motorsport technology continues to be incorporated into street-legal sports cars. The new 911 GT3 was developed in Weissach, and it will be manufactured on the same production line as all other 911 street and 911 GT3 Cup racecars. The centerpiece of the latest 911 GT3 is the new naturally aspirated 4.0 liter flat-six engine which produces 500 hp and 339 lb.-ft. of torque. This new, high-reving powerplant is based on the one now used in all 911 race cars, including the 911 GT3 R and 911 RSR. The redesigned chassis with Rear Axle Steering and systematic lightweight construction is specifically tuned to produce superior driving dynamics in conjunction with the naturally aspirated engine. 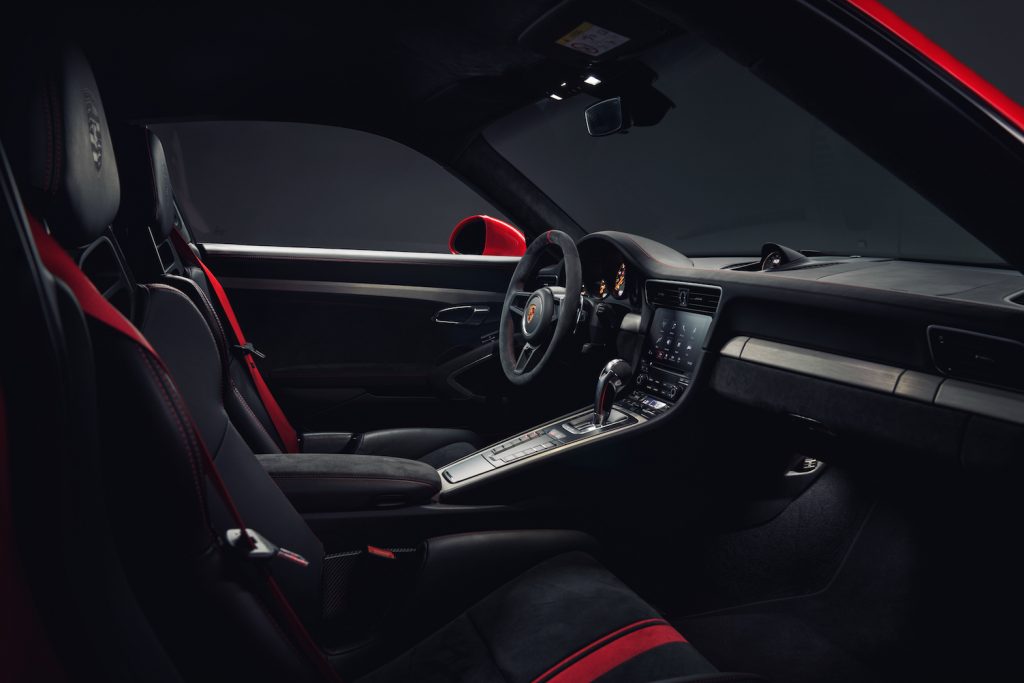