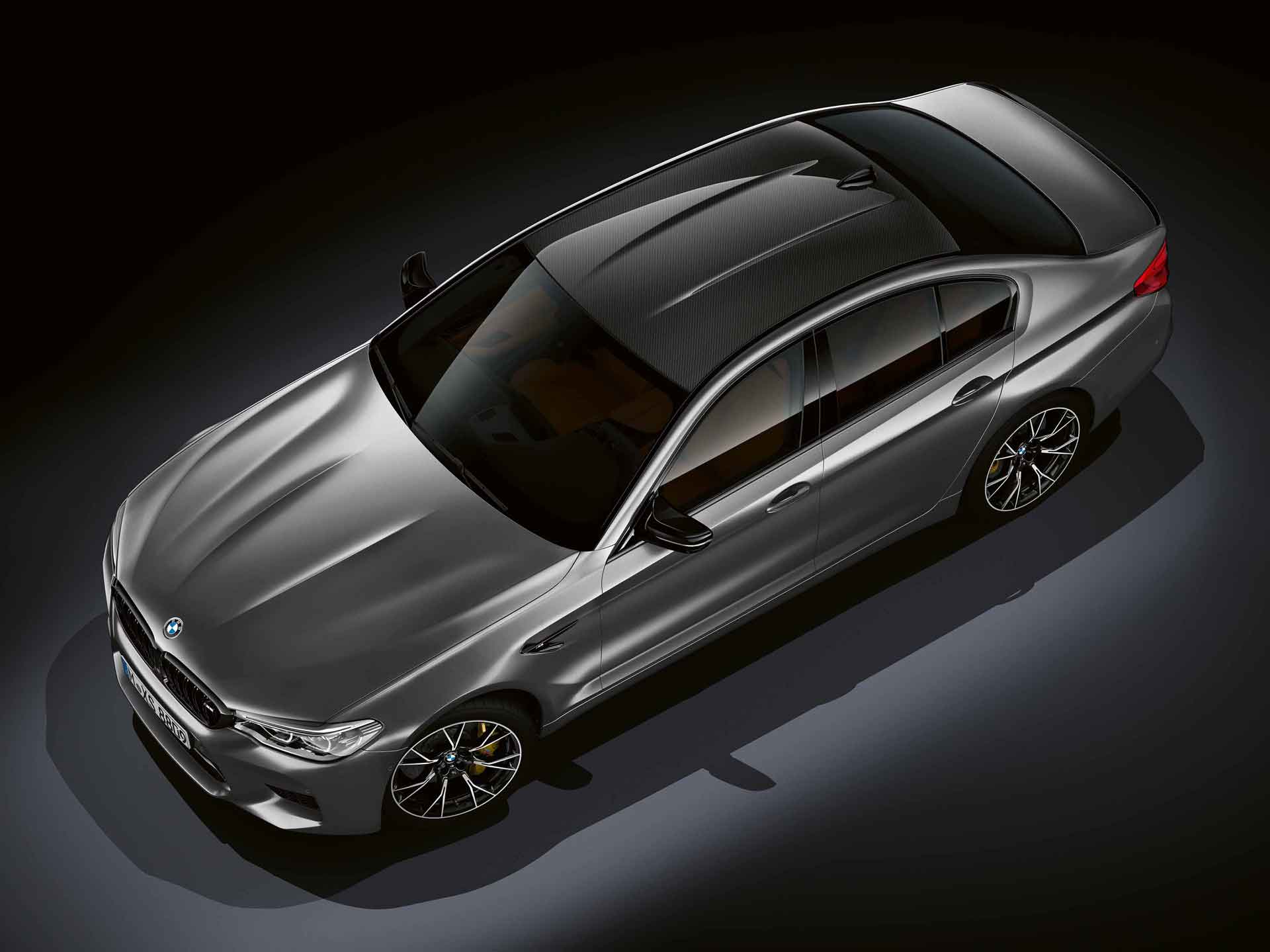 BMW M GmbH just unveiled the most powerful BMW M5 sedan ever. Priced at $110,995 (current M5 is $103,595) the new 2019 BMW M5 Competition raises the bar for performance, agility and precision within its class. With engine output increased to 617 hp, sharper responses and enhanced chassis tuning, the M5 Competition Sedan delivers a driving experience with motorsport undertones. 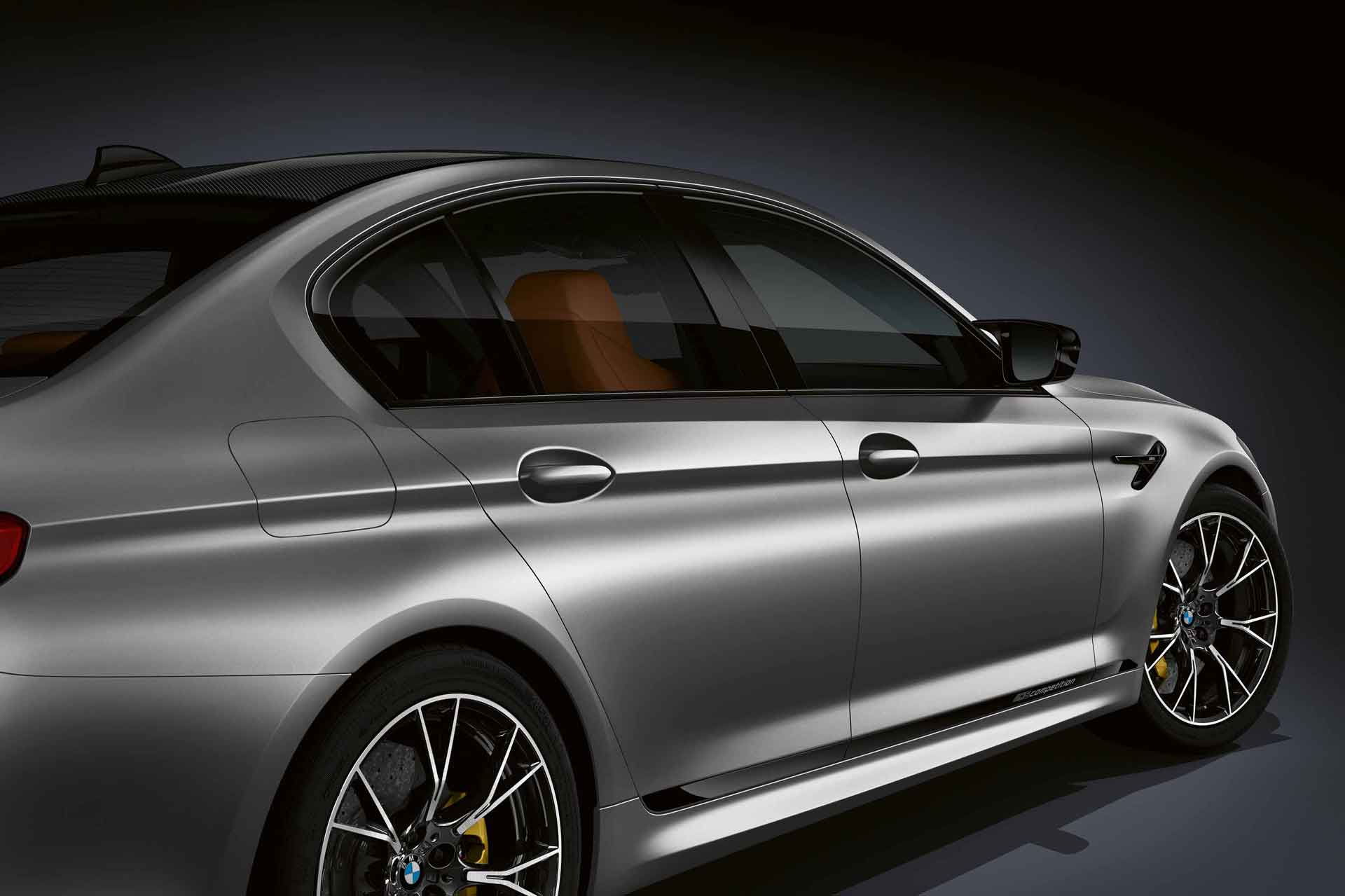 A history of success: Competition, the ultimate in M performance.

The launch of the new 2019 BMW M5 Competition Sedan, along with the recently announced M2 Competition Coupe, marks the creation of a new product category within BMW M GmbH’s line-up, with the most powerful variants of its high-performance cars to be available in the future as standalone Competition models. This restructuring of the M portfolio has been prompted by the strong popularity of the various model-specific M Competition packages.

M Competition packages were first offered for the predecessor to the current BMW M5 and are currently available for the BMW M4 Coupe, BMW M4 Convertible and BMW M3 Sedan. Some 40 percent of all previous-generation BMW M5 models sold worldwide were equipped with the M Competition package. The line-up’s crowning glory came in the form of the BMW M5 Competition Edition, which was capped at just 200 units and boasted a power output of 600 hp along with an ultra-exclusive standard specification.

Light-alloy wheels specially developed for the new 2019 BMW M5 Competition Sedan play a part in its exceptional performance capabilities and add to the model’s exclusive looks. Other distinctive design features of the Competition include high-gloss black finishers on the door handles, mirror bases and mirror triangles, plus the exterior mirror caps and the mesh of the signature M gills in the front flanks. High-gloss Shadow Line trim is featured on the door window surrounds and B-pillar trim.

The kidney grille’s surrounds feature high-gloss black accenting as does the detailing for the rear bumper cover. This forms a color-coordinated composition with the tailpipes in black chrome. Both the rear spoiler and “M5” boot lid logo – which gains “Competition” lettering – are also finished in high-gloss black.

Moving inside the new 2019 BMW M5 Competition, black seat belts with a striped pattern in BMW M GmbH colors and floor mats with model-specific piping plus an “M5” logo provide the finishing touches. A distinctive “M Competition” graphic appears in the instrument cluster to greet the driver as vehicle is starting up. 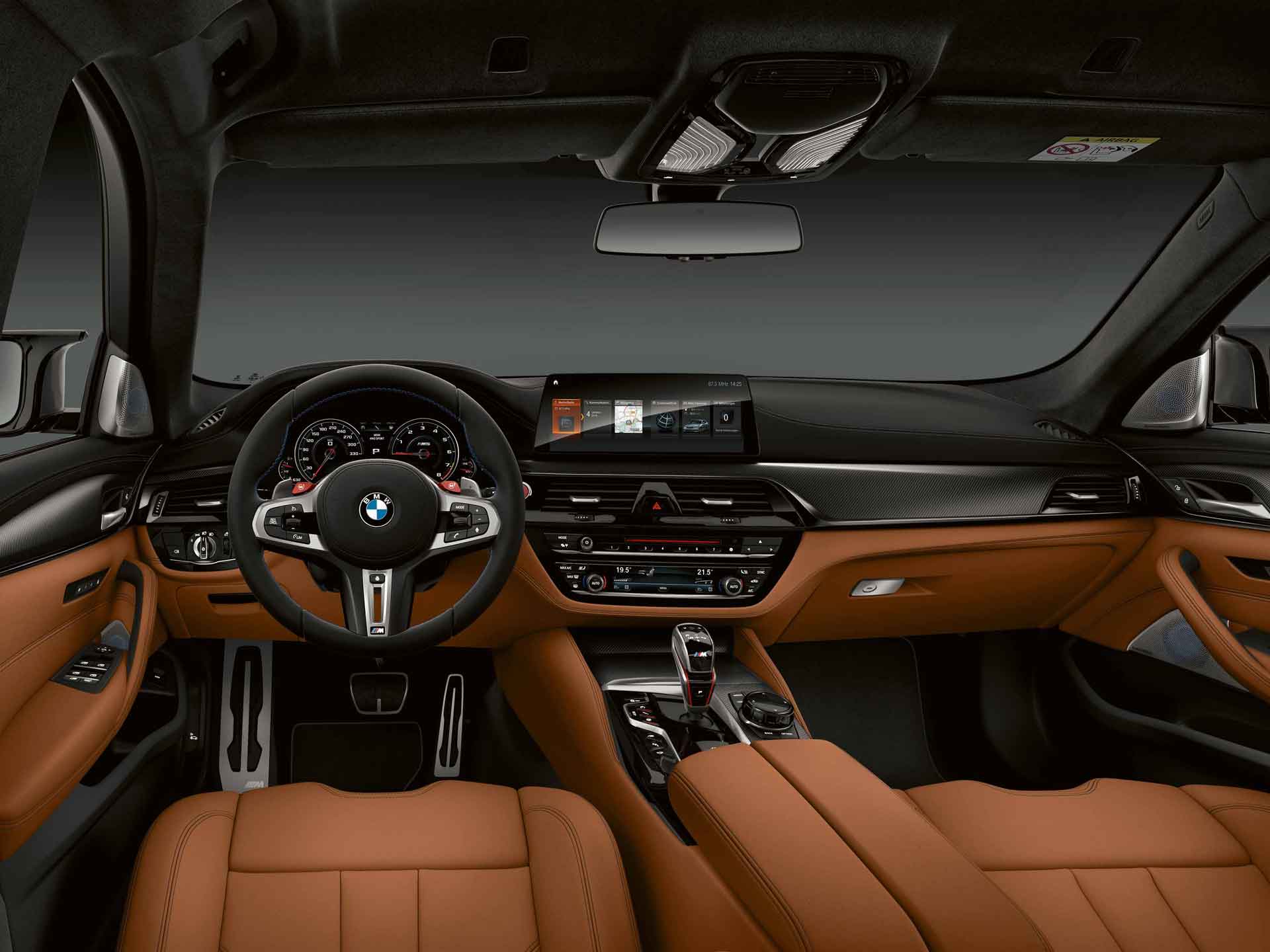 The emotion-packed driving experience that defines the new BMW M5 Competition stems from the unique performance characteristics of its engine. The high-revving power unit with M TwinPower Turbo technology developed for the standard BMW M5 has undergone meticulous retuning to optimise torque and power delivery. 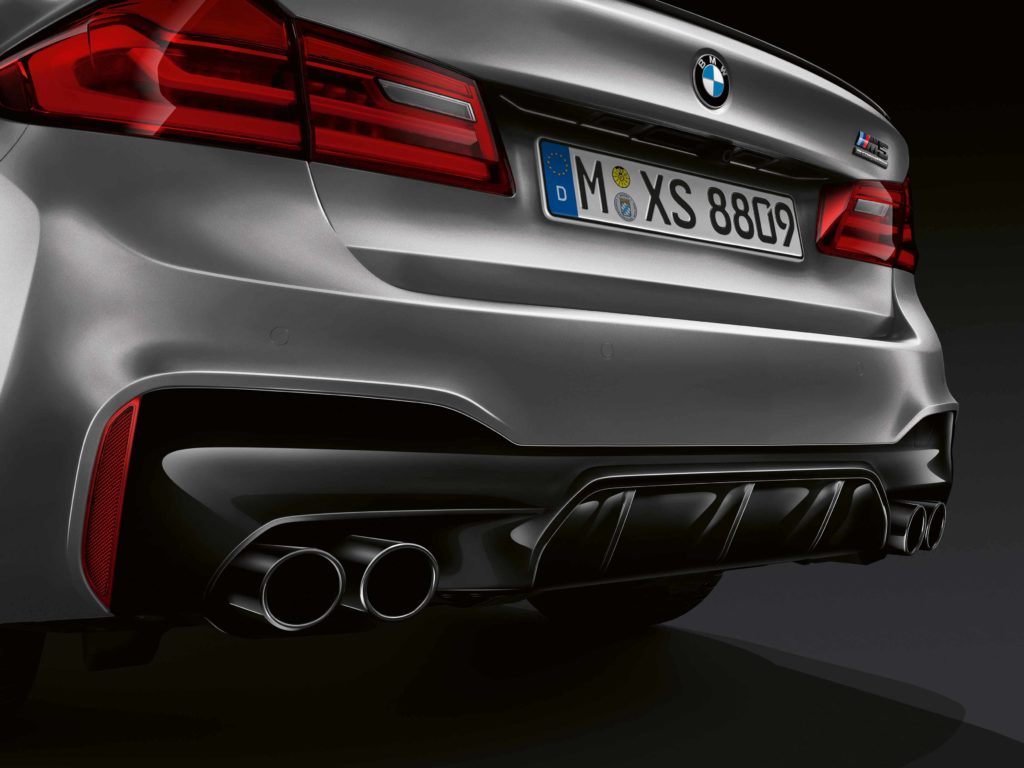 The new 2019 BMW M5 Competition comes with a model-specific M Sport exhaust system. This version of the flap-controlled, twin-pipe exhaust system produces an extremely distinctive sound with a sportier tone – especially when the engine is pushed hard and at high revs. The various engine modes, which can be selected at the push of a button, include changes to the sound emitted by the exhaust system. The acoustic profile activated by Sport Plus mode, for example, is even more purposeful in nature. The driver can vary the engine’s aural character using the M Sound Control button, enabling a quick switch to a far more understated sound. The M Sport exhaust system makes a great visual impression too, thanks to the black chrome embellishers of the tailpipe pairs nestled neatly into the left and right of the rear apron. 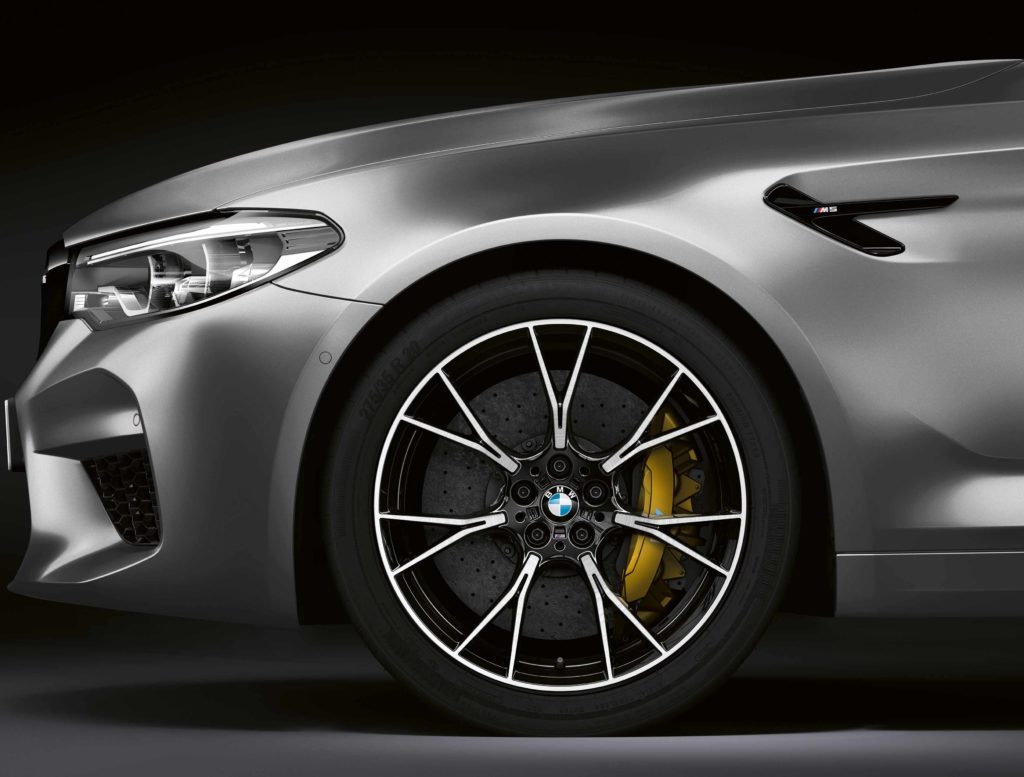