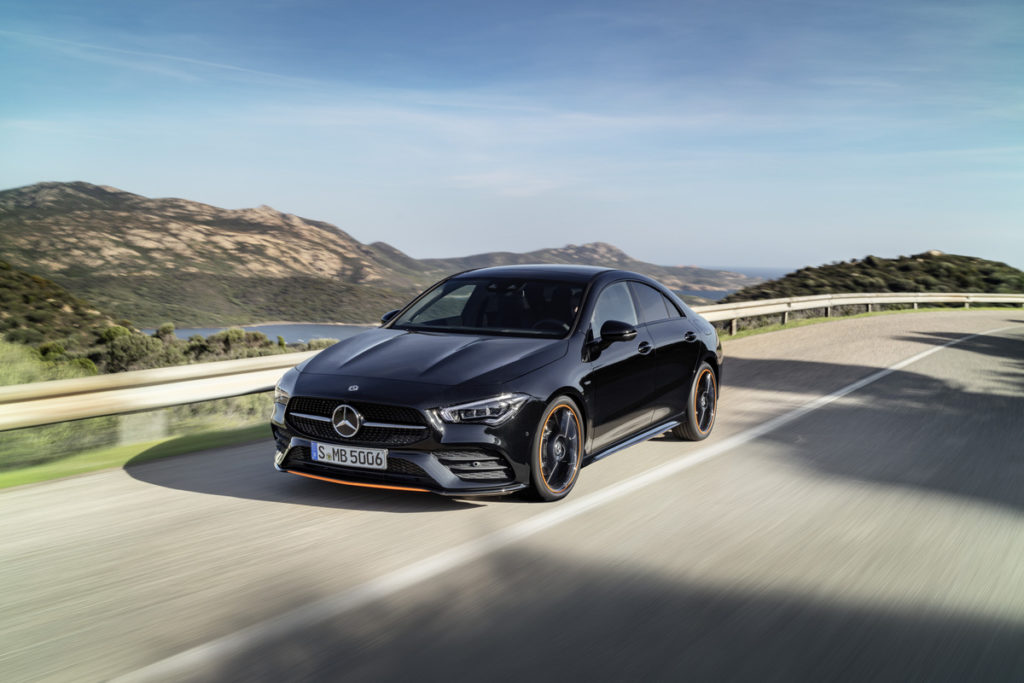 The new Mercedes-Benz CLA Coupe is not only the most emotional vehicle in its class, it is also highly intelligent: from MBUX Interior Assistant, which recognizes operational demands from gestures and equips the interior with intelligence, through Augmented Reality for Navigation and understanding indirect voice commands, the new CLA offers an array of clever solutions. There are also ingenious details when it comes to the aerodynamics and new driver assistance systems. The design underlines the coupe character with its stretched form and design elements such as the hood with power domes or the rear license plate which has been moved down. As such it does justice to its predecessor’s status as a design icon. The new Mercedes-Benz CLA will celebrate its World Premiere at the Consumer Electronics Show in January 2019 and will go on sale in the U.S. by late 2019.

With MBUX, Mercedes-Benz has been revolutionizing how to operate a car and communicate with it since the premiere of the new A-Class. “Now we go to the next level with an intelligent interior assistance system for the compact class. By recognizing gestures it facilitates natural operation,” says Ola Källenius, Member of the Board of Management of Daimler AG, responsible for Group Research and Mercedes-Benz Cars Development. “This is not the only new feature by which the CLA offers a great deal of automotive intelligence.”

“With the first CLA we created a totally new segment with a four-door coupe and celebrated a huge success by selling some 750,000 CLA and CLA Shooting Brakes,” adds Britta Seeger, Member of the Board of Management of Daimler AG, responsible for Mercedes-Benz Cars Marketing & Sales. “The new edition of the CLA has been developed further in an intelligent way and is even more emotional and sportier than its predecessor. Coupled with new operating systems, it sets new benchmarks for the entire class.”

The new generation of compacts has made a key contribution to the rejuvenation and image change of the Mercedes-Benz brand. The CLA is important for winning and retaining new customers in particular. The CLA Coupe was launched in the U.S. in 2013, making it the first compact Mercedes-Benz available in the U.S. market. At peak times, more than two thirds of CLA buyers in the U.S. came from competitors. On average, CLA customers in the USA are around ten years younger than the typical Mercedes-Benz customer. In Europe, too, CLA customers are among the youngest in the Mercedes portfolio. In 2017, one in two customers in Europe previously drove a competitor’s vehicle. Over 75 percent of European customers who previously drove a CLA as a coupe or Shooting Brake chose a Mercedes-Benz again for their next vehicle. In total, some 750,000 units of the first-generation CLA Coupe and CLA Shooting Brake contributed considerably to the compact car’s success.

“As a four-door coupe, the new CLA intrigues with its puristic, seductive design and sets new standards in the design DNA of ‘sensual purity.’ It impresses with its perfect proportions reflecting the first design sketch: a long, stretched hood, a compact greenhouse, a wide track with exposed wheel arches and our typical GT rear end with a strong distinctive ‘Coke-bottle shoulder,'” says Gorden Wagener, Chief Design Officer of Daimler AG. “In short – the CLA Coupe has the potential to become a modern design icon.” 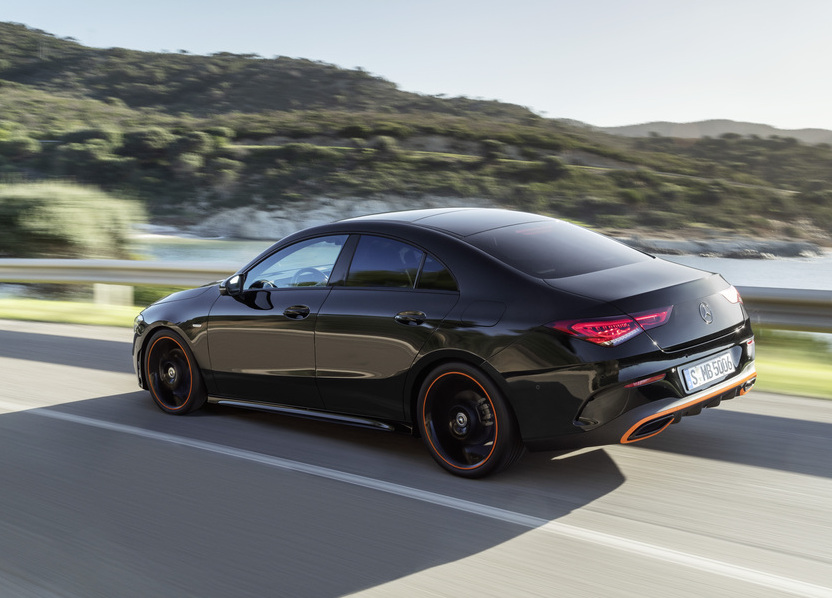 The combination of the long, stretched entry line above the windows and frameless doors give the CLA Coupe its unmistakable sporty and elegant character. Forming the front end is the striking front section which is raked forward like a shark nose with a long, stretched hood featuring power domes.

Flat headlamps together with the low slung hood and the diamond-block grille with a central star create the vehicle’s sporty face. The two-piece, narrow taillamps and the number plate housed in the bumper make the rear of the CLA look especially wide.

With the greenhouse moved back, the sporty GT rear achieves a balance between elegance and sportiness. Featuring pared-down lines, the precisely modelled side profile provides an interesting interplay of light and shade. Dispensing with the upper shaped edge of the side wall permits extremely muscular and athletic shoulder shaping, stretching from the front wheel arch through to the sculptured rear. Flush with the outer edge of the body, the wheels with their flared wheel arches and wide track give the vehicle a sporty presence.

In the interior, all elements are arranged according to the overarching design themes of ‘high tech’ and ‘youthful avant-garde’ – be that the steering wheel, the door handle operating module, the center console or the seats. As in the A-Class, the unique interior architecture is shaped in particular by the modern design of the dashboard; the designers completely dispensed with a cowl above the cockpit. As a result, the wing-shaped main body of the dashboard extends from one front door to the other with no visual discontinuity. The widescreen display is completely free-standing. The lower section is visually separated from the main body of the instrument cluster by a “trench,” and it appears to float in front of the instrument cluster. The ambient lighting enhances this effect. The air vents in a sporty turbine-look are another highlight.