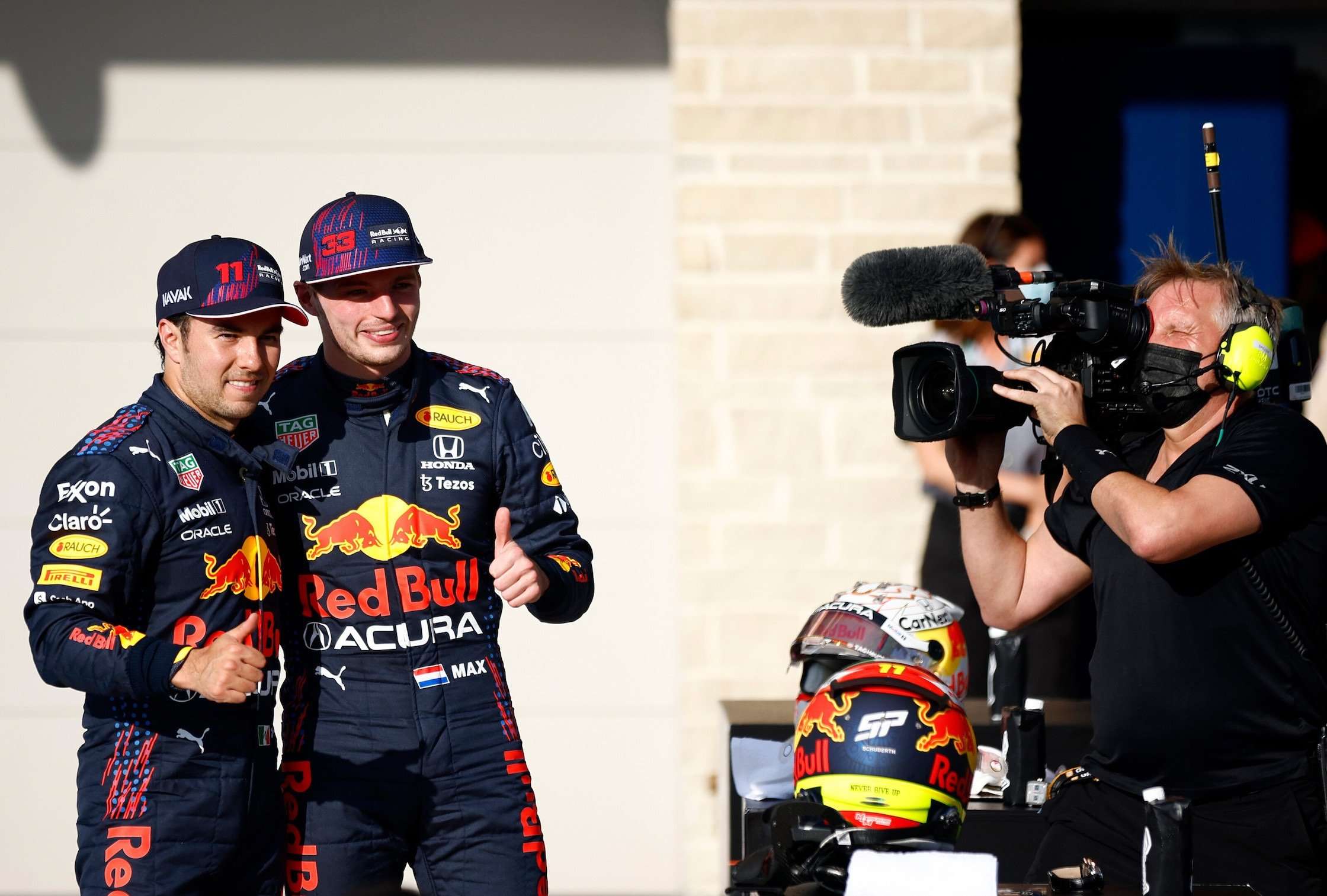 Welcome to the 2021 Formula 1 Aramco United States Grand Prix in Austin, Texas with the Red Bull Racing Honda team. The energy was elevated, and the competition was close as Max Verstappen slightly led the Formula One World Drivers’ Championship over Mercedes-AMG Petronas’ Lewis Hamilton coming into the battle. By the end of lap 56, Red Bull Racing Honda ended where they started in qualifying at number one and three, with Hamilton coming in second. However, the Silver Arrows still lead the Constructors Championship with 460.5 points. Automotive Rhythms was on deck for the racing action at the Circuit of the Americas (COTA), which features 3.46 miles and twenty turns with an elevation change of 133 feet. 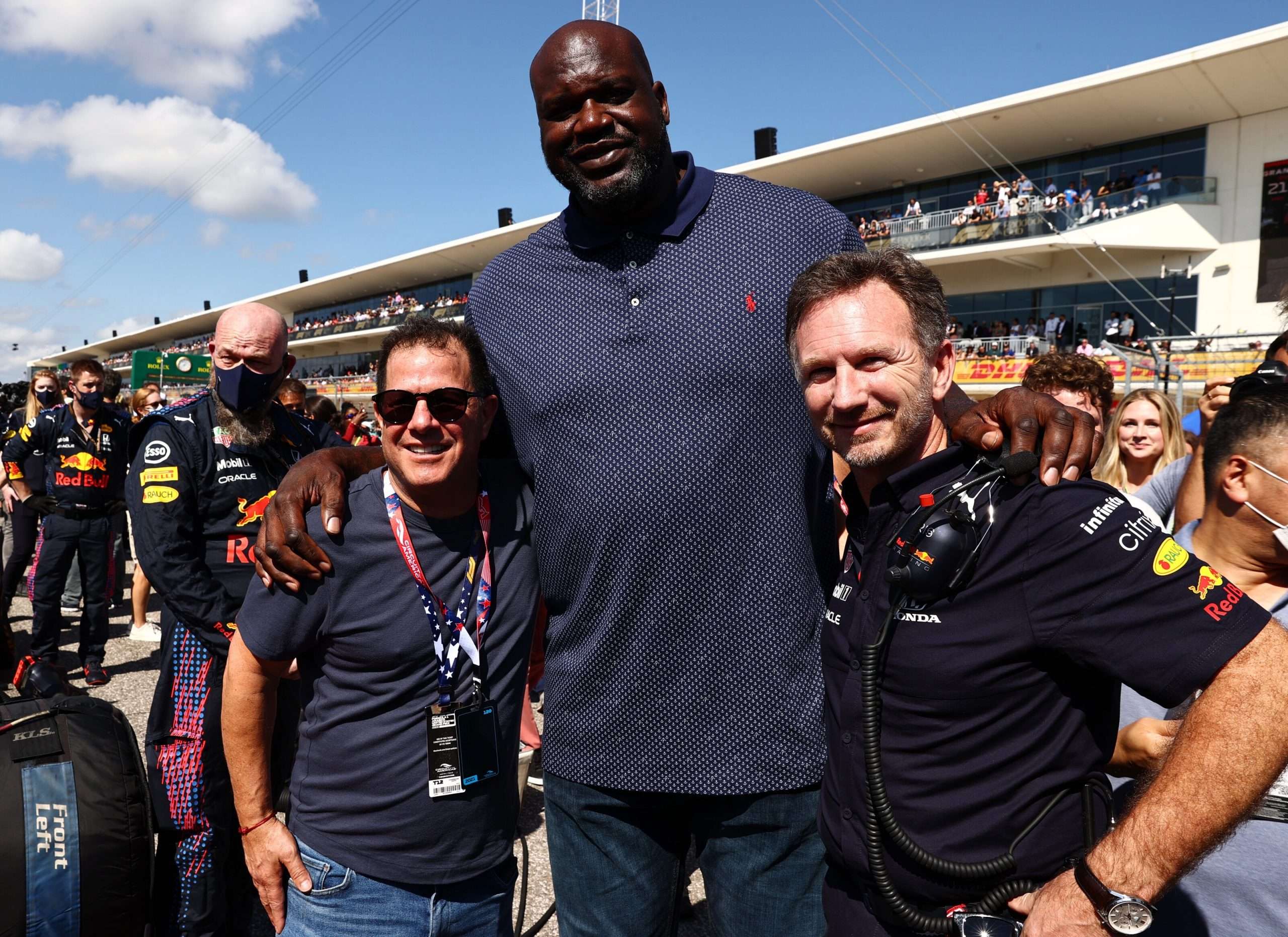 Formula One is the pinnacle of racing and features the best drivers globally, so of course, it makes sense that 140,000 F1 fans attended the Sunday race. At the same time, 400,000 spectators participated in four days of festivities at COTA. In addition, Honda’s luxury brand Acura had a specific showcase for the U.S. Grand Prix with branded livery on the Red Bull racecars, visors, and uniforms.

Verstappen, competing for his maiden Driver’s Championship, began the US Grand Prix from pole position after overtaking rival Hamilton with a final blazing lap in qualifying by 0.209 seconds. Mexican driver and Red Bull #11 teammate Sergio Pérez began from P3 in his high-downforce RB16B. “I’m surprised after qualifying today, but I’m of course, very happy to be on pole. It hasn’t been the easiest of weekends so far for me. I’ve been chasing the balance quite a bit so to pull that lap together in Q3 was of course really satisfying. I’m really pleased with the performance of the whole team today and I’m glad we could finally pull it together for the final lap,” stated Verstappen. 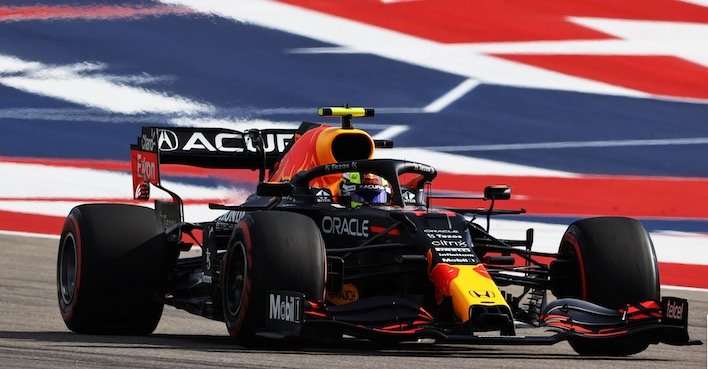 The vantage point for the festivities began from the Paddock Club at turn 1, which included a walk down pit lane where we caught team Ferrari prepping, shots of Lewis Hamilton’s #44 AMG in the garage, Mad Max’s paddock crew, and overhead track views.  Honda’s luxury Acura brand featured new livery on all four Honda-powered F1 cars, as well as the driver suits and visors. Longtime F1 fans may remember the Acura brand present on the helmet visors of championship drivers, including Senna, Prost, and Button. Verstappen certainly drives with the art and conviction of F1 legend Juan Manuel Fangio and the confidence of Brazilian great Ayrton Senna. 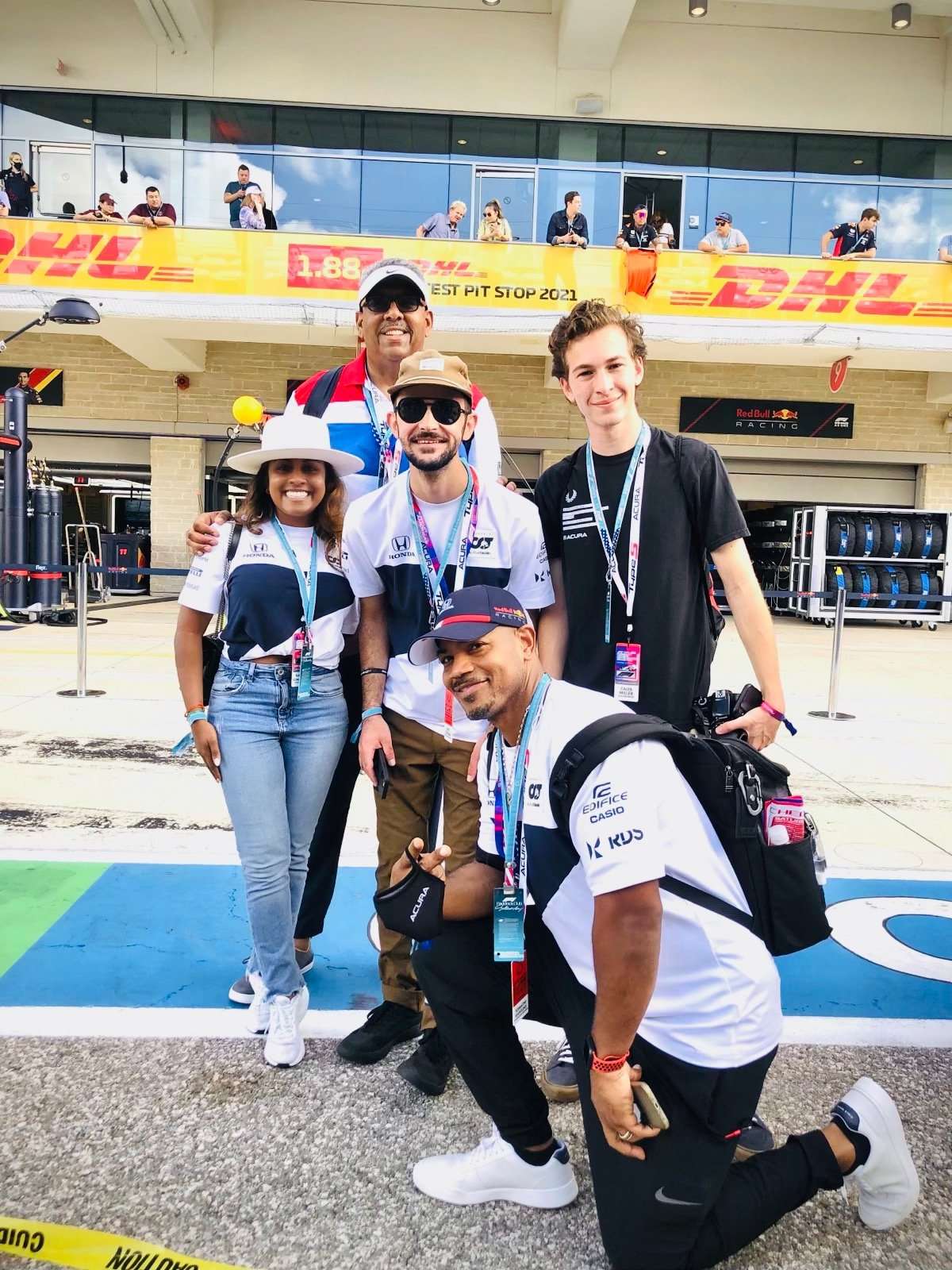 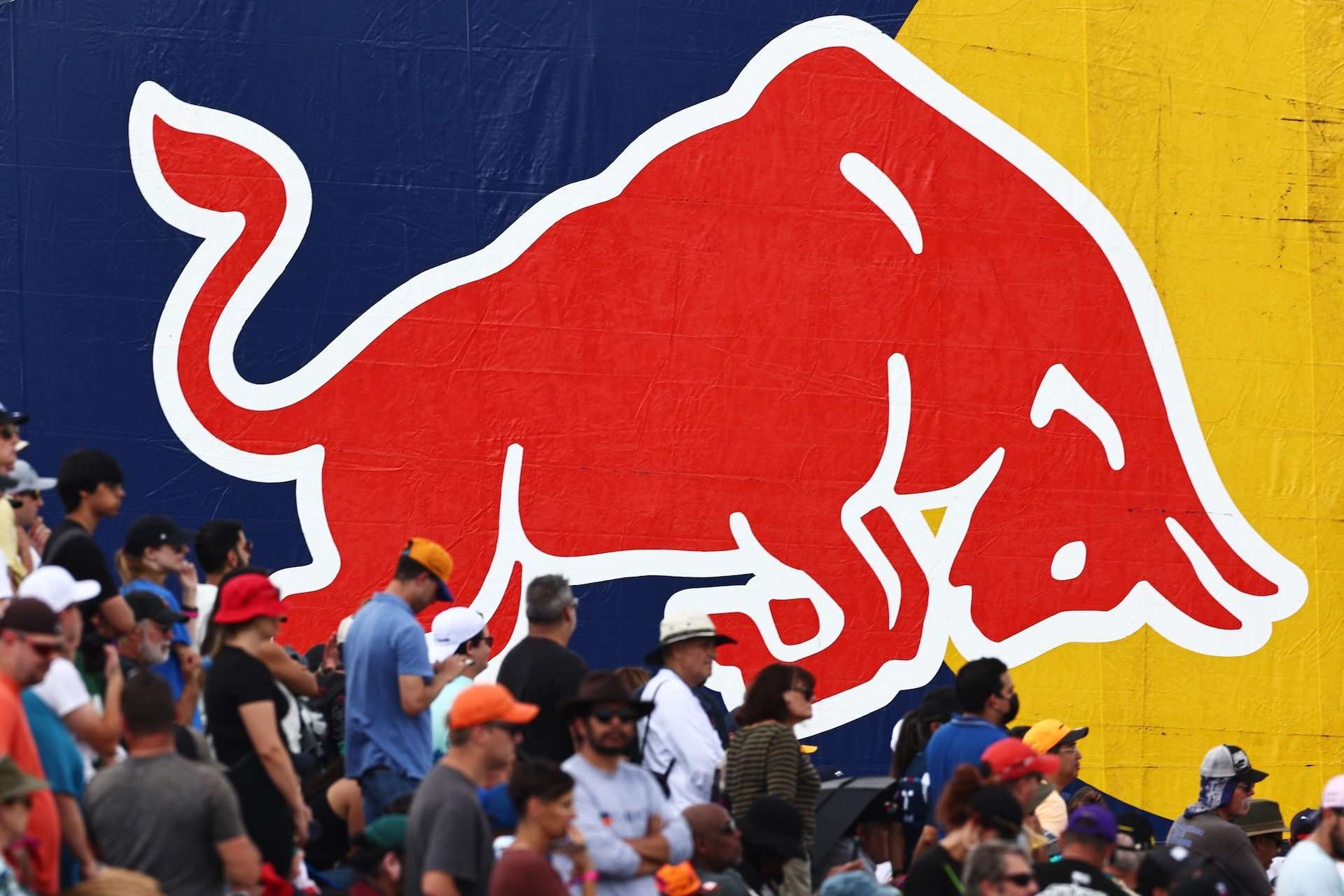 “It was a great qualifying performance from both our drivers, a first and third. It’s a great place to be,” said Christian Horner, Red Bull Team Principal. “It’s the first non-Mercedes pole here in the hybrid era and the first time we’ve had two cars against one, so another milestone for us.”

From Honda’s dominance in the 80s and 90 to today’s wizardry from two spectacular drivers, F1 fans have much to look forward to from Red Bull Racing, who will begin building their own engines with Honda’s tutelage. Thankfully, there were no crashes but lots of heroic moments during the race on the bumpy circuit. 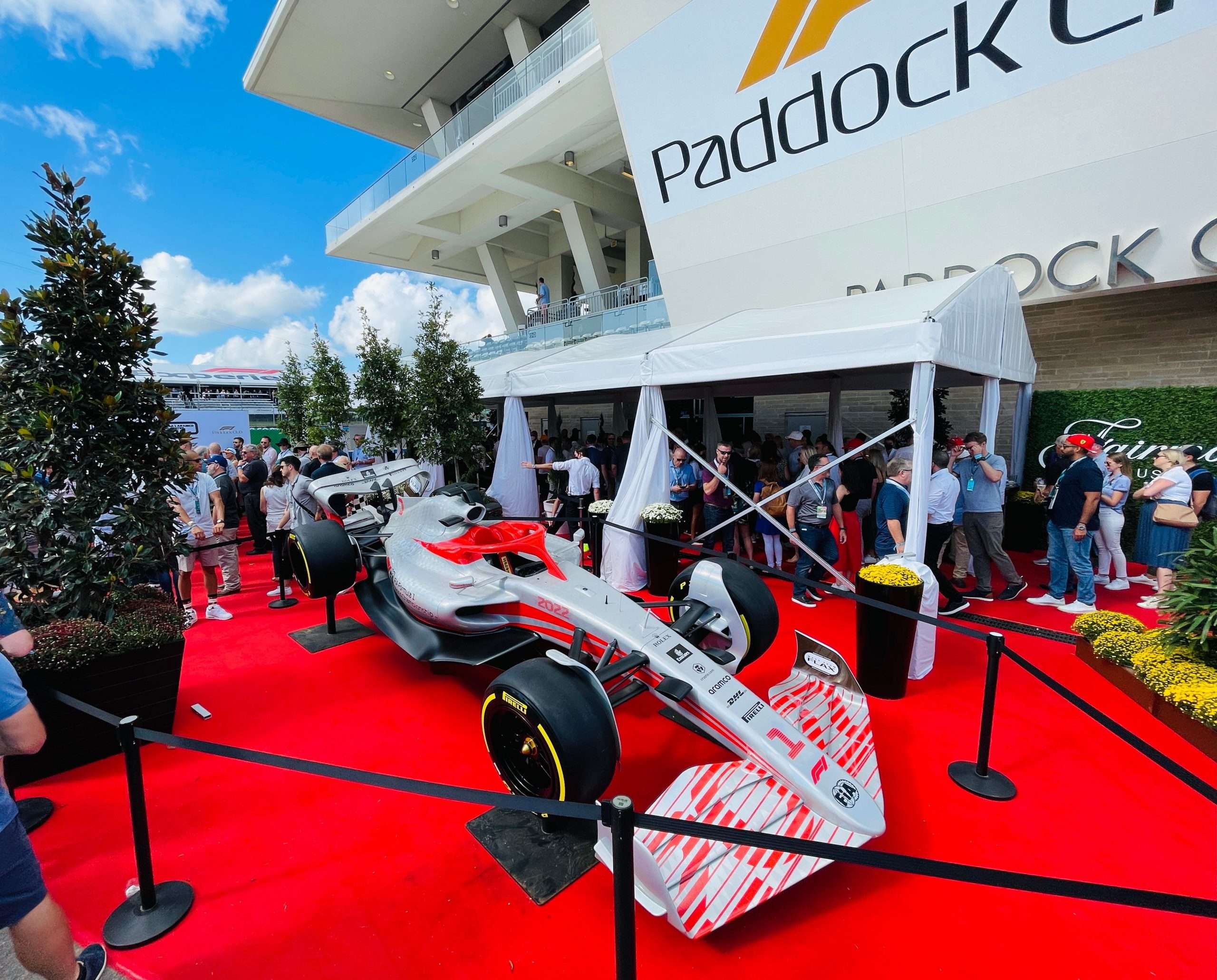 Another exclusive moment from Acura was a presentation of the new 2022 NSX Type-S, which doubled as Max Verstappen and Sergio Perez’s chariot for the race weekend. The Japanese automaker will deliver 350 editions worldwide with 300 slated for the United States, of which 70 models will come with the menacing Gotham Gray color scheme. Inspired by the NSX GT3 racer, the Type-S supercar features 600-horsepower, a wider track, new Pirelli P-ZERO tires developed from F1 technology, fresh rim styles, lower gearing from the two front motors, more aggressive cooling, and increased battery output. The MDX Type-S was also on deck. Expect to pay $169,500 for MSRP. 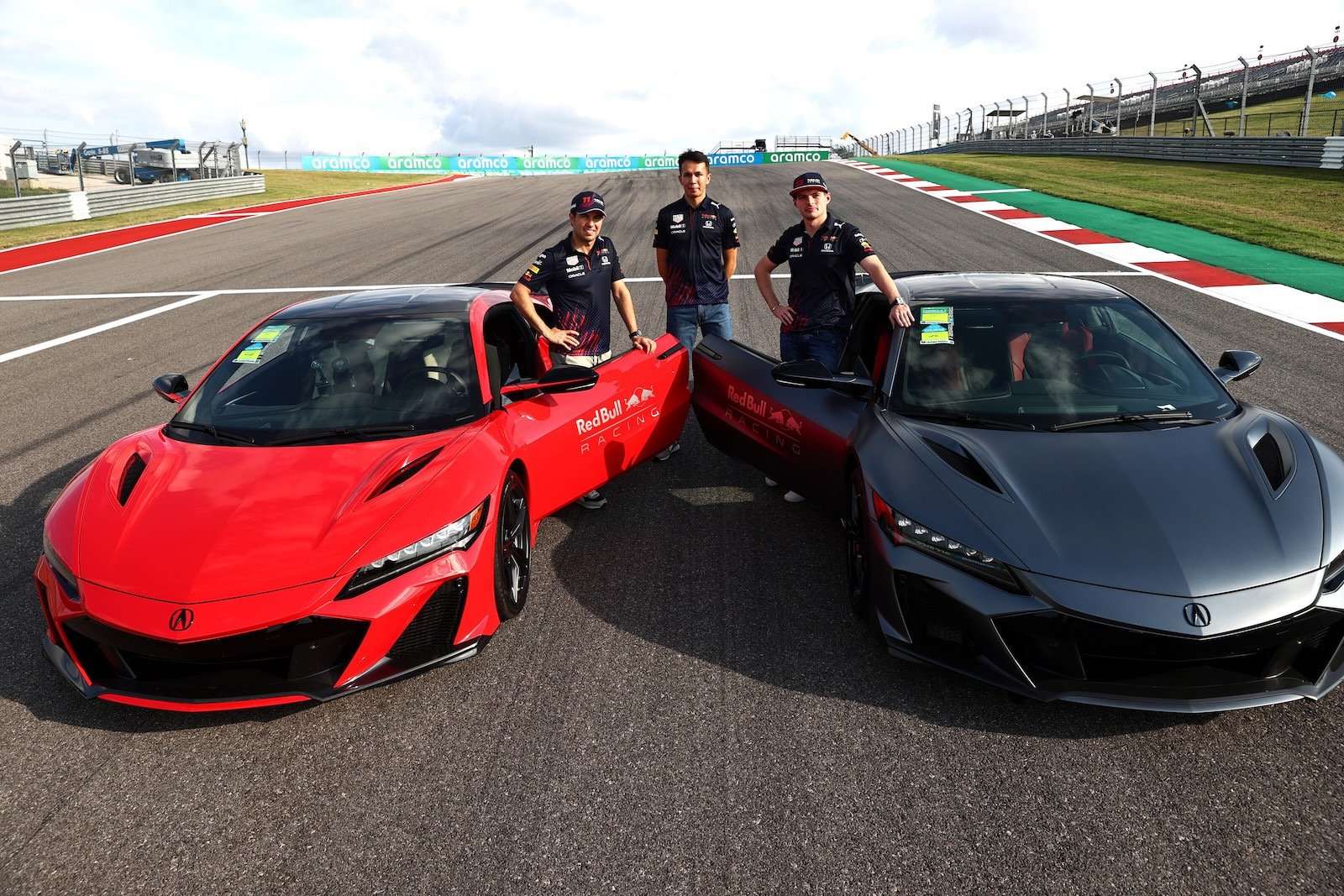