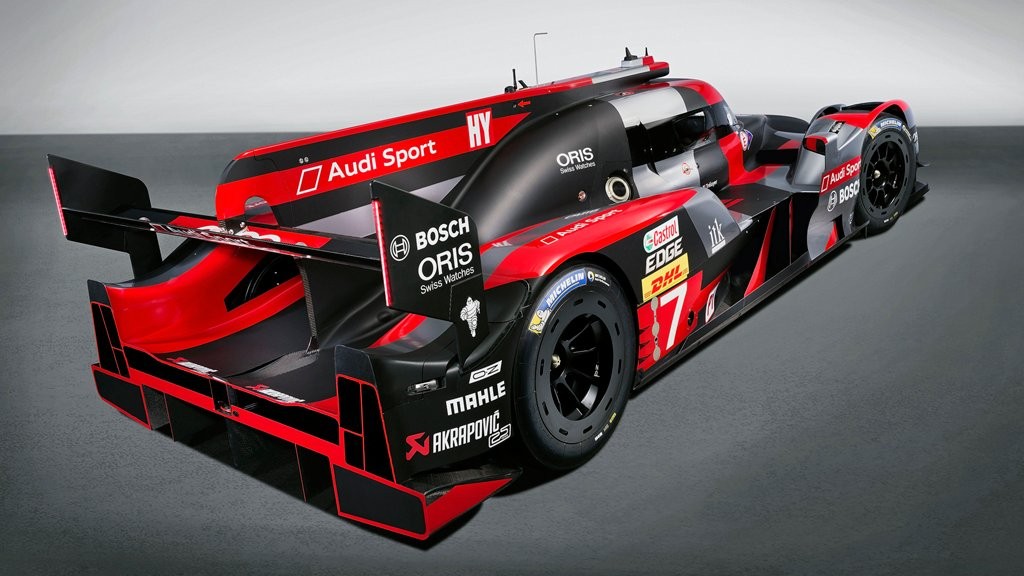 Power output of more than 1,000 hp delivered by the TDI and hybrid powertrain, ten percent less fuel consumption than before – Audi is achieving new best marks under the efficiency regulations. The FIA WEC regulations have been providing automobile manufacturers with incentives to build increasingly efficient race cars since 2014. Starting in the 2016 season, this competition will intensify, as the upper limit for fuel consumption will considerably decrease by 10 megajoules per lap at Le Mans. “The result is a race car that manages energy even more effectively than before. This is an objective we’re pursuing for our road-going automobiles as well,” says Head of Audi Motorsport Dr. Wolfgang Ullrich. “This type of motorsport continues to set an example for automotive engineering. For Audi, production relevance has been a core topic of all racing programs for 35 years.”
All development engineers at Audi Sport were challenged to enhance the efficiency of the Audi R18. As a result of switching to the 6-megajoule class, the hybrid system, due to the regulations, now recovers 50 percent more energy. The car’s aerodynamics concept is fundamentally new. Nearly all vehicle systems have been refined or redesigned. Consequently, energy consumption decreases, the race car has become lighter, and allows for more favorable packaging of the component assemblies. This has resulted in an R18 which even visually clearly differs from its predecessor.
New structure for optimized aerodynamics
No other race car embodies the philosophy of optimized aerodynamics as consistently as the LMP1 sports cars that render a futuristic impression. When looking at the new Audi R18, a significantly altered exterior strikes the eye. The proportions of the front end and the cabin within the overall vehicle length have changed and the conspicuous nose of the race car is clearly slimmer than before.
“The new proportions influence weight distribution and aerodynamics,” explains Jörg Zander, Head of Engineering at Audi Sport. “Our most important objective was to improve airflow.” At the front end, airflow has to be directed across the top of the race car and between the wheel wells, enter the cooling ducts through the body shell, and optimally approach the underfloor. “In this process, vortices must be avoided, as this costs energy,” says Zander. Undesirable vortices and turbulent flow would reduce the energy in the airflow and increase resistance. The smaller the space which the monocoque – the central stressed structure and safety cell of the race car – occupies in this area the larger are the clearances for low-loss airflow. Thanks to the new proportions, the new Audi R18 directs airflow even more effectively to optimally approach the underfloor. At the rear, the air exits again through the diffusor. As a result, it produces a major portion of the downforce under the race car, which is beneficial in cornering. Audi developed a new monocoque, modified the proportions within the prescribed maximum length of 4,650 millimeters, and designed all the component assemblies accordingly.
New as well are the dimensions and positions of the prescribed openings in the front wheel arches. They are intended to reduce undesirable aerodynamic lift effects in the case of lateral airflow. Their areas have been enlarged by 45 percent compared with the 2015 season. 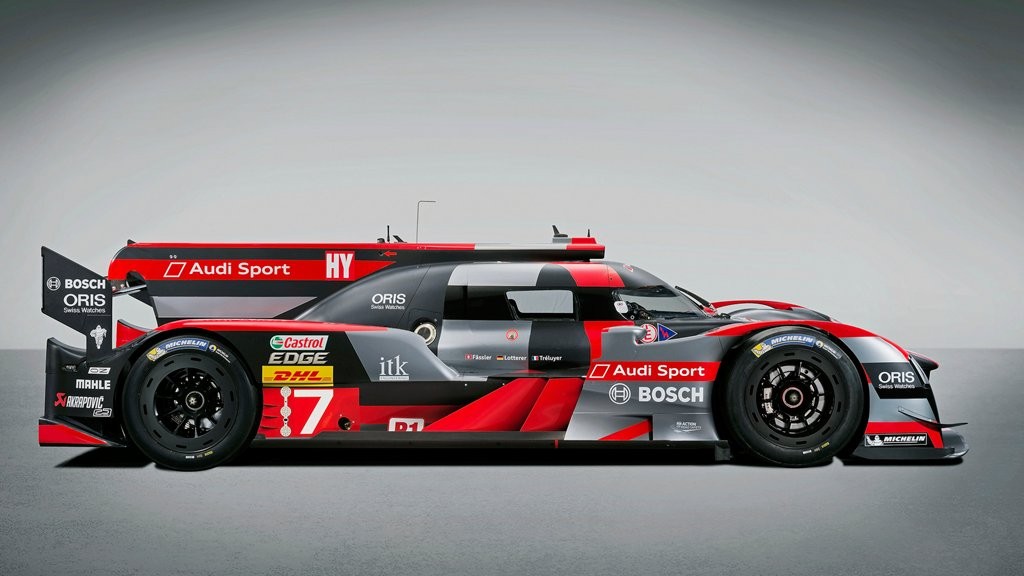