BMW On Top of GTLM Class Points Standings at Mid-Season 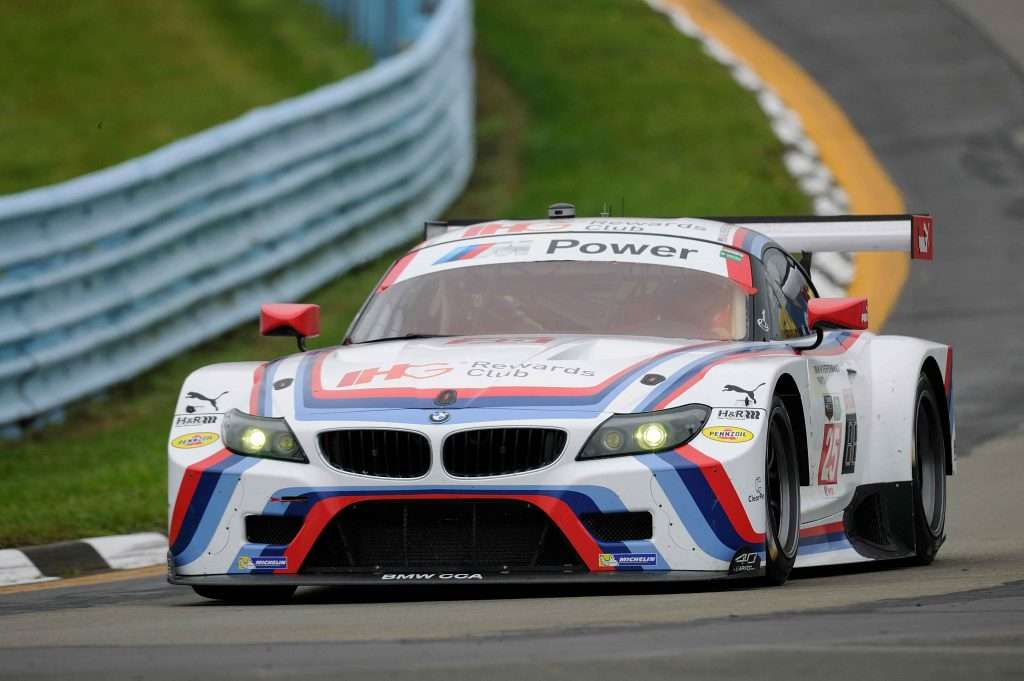 BMW Team RLL has raced to the top of all GTLM class points standings as the TUDOR United SportsCar Championship begins the second half of the 10-race 2015 season at the July 12 Mobil 1 SportsCar Grand Prix at the Canadian Tire Motorsport Park (CTMP), in Bowmanville, Ontario, Canada.

After a winless 2014 season, the first half of 2015 has seen both BMW Z4 racing cars take a victory. Bill Auberlen and Dirk Werner won on the streets of Long Beach, Calif. in the No. 25 car and John Edwards and Lucas Luhr took the victory at Mazda Laguna Seca Raceway in the No. 24 machine. With podium finishes in every event except the 12 Hours of Sebring Auberlen and Werner are tied for the lead in the driver points standings. Edwards and Luhr stand in a tie for second place. The No. 25 Z4 and No. 24 Z4 are second and third in team points standings respectively. Most importantly, BMW holds a four point lead in the manufacturer points standings.

BMW Team RLL has never reached the top of the podium at CTMP, finishing fourth and sixth last year. Beginning with this race, the next four events will be two-hours-and-forty-minutes in length before the season ending 10-hour Petit Le Mans.

“CTMP has always been a problematic race for us” said Bobby Rahal, Team Principal. “We had a really good chance to win there a few years ago, and then got penalized for avoidable contact. We have always been able to qualify well but when it comes to the race we have been at a disadvantage on that long uphill straight where you need the top speed. But this year I think we are a bit more competitive in that area. It is going to be tough, like they all are, but I am optimistic this year.”

Bill Auberlen, driver, No. 25 BMW Z4 GTLM: “What amazes me is we have been on the podium in four out of five races and we are only tied for first. That gives you an idea of how unbelievably competitive the GTLM class is. It’s the best of the best competing at the highest levels of sports car racing. Dirk (Werner) and I will just keep doing what we’ve been doing and that should get us to the front of the pack. We have all the tools to win it this year.”

Dirk Werner, driver, No. 25 BMW Z4 GTLM: “It is nice to be racing again just two weeks after our podium in Watkins Glen. Bill and I are in a good rhythm now and together with the whole team we want to keep pushing. The last time I drove at Mosport was together with Bill in 2011, so I need to work on getting up to speed quickly. I am sure Bill will coach me. The track is very special with its ultra fast corners and can be quite a big challenge, but that’s what we are looking for!”

John Edwards, driver, No. 24 BMW Z4 GTLM: “After a disappointing end to a promising day at the Six Hour, I’m ready to bounce back at Mosport. Our car has been quick the past few events and the high speed nature of the Mosport layout should once again suit the Z4. I’m confident we’ll be contending for the win. Although Lucas and I fell back in the championship, we are far from being out of it, especially as we’ve only reached the halfway point in the season.”

Lucas Luhr, driver, No. 24 BMW Z4 GTLM: “I love racing at Mosport. It is a very quick track. Turns one and two are very cool. After some good runs in the past races I think our BMW Z4s should be very good there as well, despite the fact that we are still a little bit slower on the straights then our competitors.”