BMW Team RLL Returns to the Rolex 24 at Daytona as BMW Celebrates 40 Years of Sports Car Racing in the U.S.A. 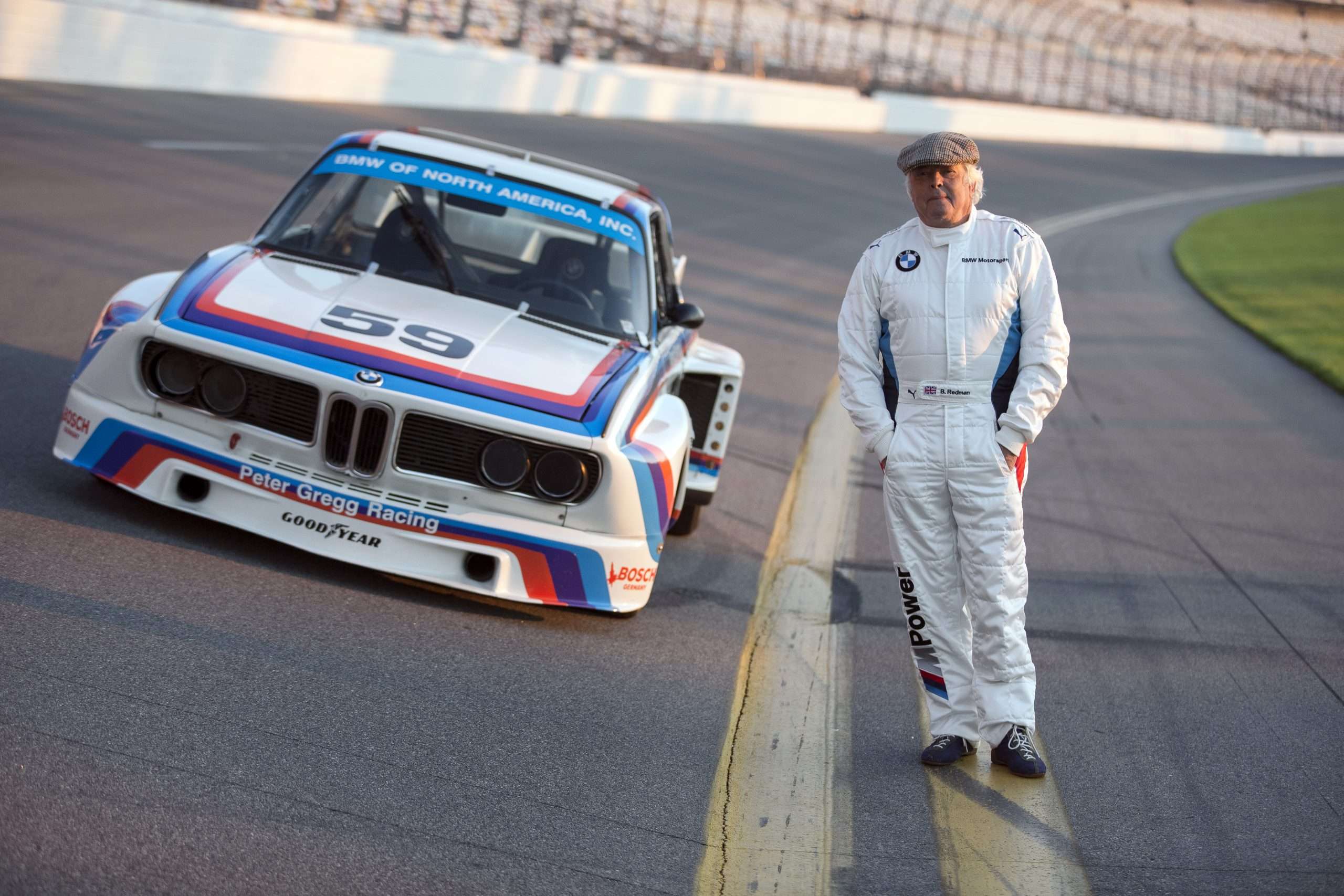 BMW Team RLL will begin its seventh consecutive season of sports car racing competition at this weekend’s 53rd annual Rolex 24 at Daytona celebrating a very special anniversary. The race marks the 40th anniversary of BMW’s first race in the US and BMW Team RLL will race with the numbers 24 and 25 on its two BMW Z4 GTLM machines in honor of the iconic BMW 3.0 CSL race cars that debuted at the same race four decades ago.

“40 years ago, while BMW of North America was still in its infancy, BMW’s first national marketing program in the United States was to go racing”, commented Ludwig Willisch, Chairman and CEO of BMW of North America, LLC. “BMW Motorsport introduced two BMW 3.0 CSL race cars in North America for the 1975 IMSA season at 24 Hours of Daytona. Those cars became legends and laid the foundation for success BMW has enjoyed in the past four decades, where today we are the number-one luxury brand.”

“The two toughest races of the championship are the first two of the season,” said Bobby Rahal, Team Principal. “With Daytona being a 24-hour race, it certainly can play a major role in the championship. The odds are probably against you to finish, so the first thing is that you’ve got to do everything you can to make sure you get to the end. Last year, with only a couple of hours to go we were looking pretty good; then we had one car lose a wheel bearing and the other had to stop and replace the wheel bearing as a safety precaution, so we went from a chance to win to ending up with second-place as our best finish. It sounds simplistic, but whoever spends the least amount of time in the pits is pretty much going to win. We have to approach it in the same manner this year. We have two new Z4 GTLM chassis’s that are probably a little stronger than last year and having had a good test, I think there is a good chance for us to do well.” 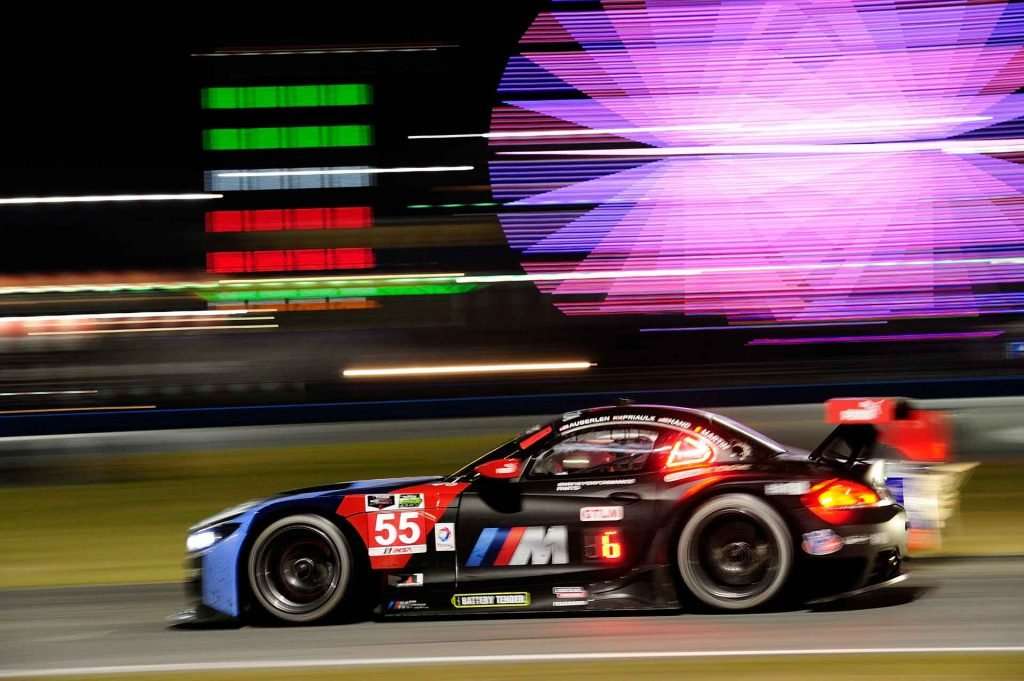 2015 is the third season of competition for the BMW Z4 GTLM, and this year two new chassis have been constructed and tested extensively at two preseason tests at the Daytona International Speedway.

For the Rolex 24 at Daytona, BMW has assembled a team of stellar drivers that include current BMW DTM stars Augusto Farfus and Bruno Spengler. Spengler will be making his first 24-hour race start ever. Farfus and Spengler will co-drive the No. 25 BMW Z4 GTLM with season-long drivers Bill Auberlen and Dirk Werner, the latter pair having driven together in 2012 in a BMW Team RLL M3 GT.

Jens Klingmann and Graham Rahal will join John Edwards and Lucas Luhr in the No. 24 BMW Z4 GTLM. Edwards and Luhr will drive the car for the season. With the addition of the experienced Luhr, BMW Team RLL retains two of the top-three drivers on the all-time North American sports car racing victories list. Luhr stands third with 51 victories and Bill Auberlen second with 53 wins. Both are chasing Scott Pruett, with 59 wins.

Bill Auberlen, driver No. 25 BMW Z4 GTLM: “The level of effort for the program this year has been extraordinary. Both new cars are extremely well prepared and we’ve had two very good tests. We do have a few drivers new to Daytona so I’m trying to be the go-to-guy that any of them can come to ask me about the smallest issue to ensure our lineup will be as well prepared as the Z4. I am extremely proud to continue to race for BMW, especially as we celebrate the 40th anniversary of BMW Motorsport’s first race in the States at this year’s Rolex 24.”

Augusto Farfus, driver No. 25 BMW Z4 GTLM: “I feel a very special connection with Daytona because my very first 24-hour race was here in 2003. I like the track, the atmosphere, everything. Last year was the first year for the Z4 here and this year we have a much higher level of preparation to add to our experience. Everything feels like it is pointing in the right direction.”

Bruno Spengler, driver No. 25 BMW Z4 GTLM: “This will be my first 24-hour race ever and I am very pleased I will be doing it at Daytona with BMW Team RLL. To add this race to my DTM calendar this season is something very special. My first few laps during our test in December were quite an experience because it was the first time I’d driven on such extreme banking. The Rolex 24 will be a new challenge for me and I’m always looking for that.”

Dirk Werner, driver No. 25 BMW Z4 GTLM: “I’ve competed at the Rolex 24 quite a few times, but the race remains an open bill. I’ve come close to the podium, but have not reached it yet. I’m very pleased to be starting another full season with BMW Team RLL. I love racing in the States because this is where I really learned sports car racing. I want to give my best this year and my first opportunity is the Rolex 24.”

John Edwards, driver No. 24 BMW Z4 GTLM: “We had a great race going here last year, but a wheel bearing failure cost us a better finish. That is one of those frustrating things that can happen in a 24-hour race so I do feel we have something to make up for this year. Daytona may not be a track where we have the pace of our competitors, but an endurance race like the Rolex 24 has many more facets than only speed. There are ten races this season, not eleven like last year, so every race has increased significance – especially these long ones. Not finishing is not an option.”

Jens Klingmann, driver No. 24 BMW Z4 GTLM: “I’ve had some experience in 24-hour races in Europe, but this will be my first Rolex 24 at Daytona – in fact, this is only the second time I’ve ever been in the States. I love the atmosphere over here and am enjoying every second. I watched last year’s race on television and I’ve always wanted to race here. I’m here to support the team and help them gain points towards the championship.”

Lucas Luhr, driver No. 24 BMW Z4 GTLM: “This will be my first race in the States for BMW and really looking forward to it. The Rolex 24 can be a challenging race because you have a very long time in the dark and there are quite a lot of cars. The last time I raced at Daytona I was racing in a prototype car so I was a little worried that the first time they went flying by I would be a bit sad, but that was not the case at all. The Z4 is so much fun to drive, the GTLM class is so competitive and you have to push so hard I don’t miss the prototypes at all. The only thing is you have to keep an eye in the mirrors.” 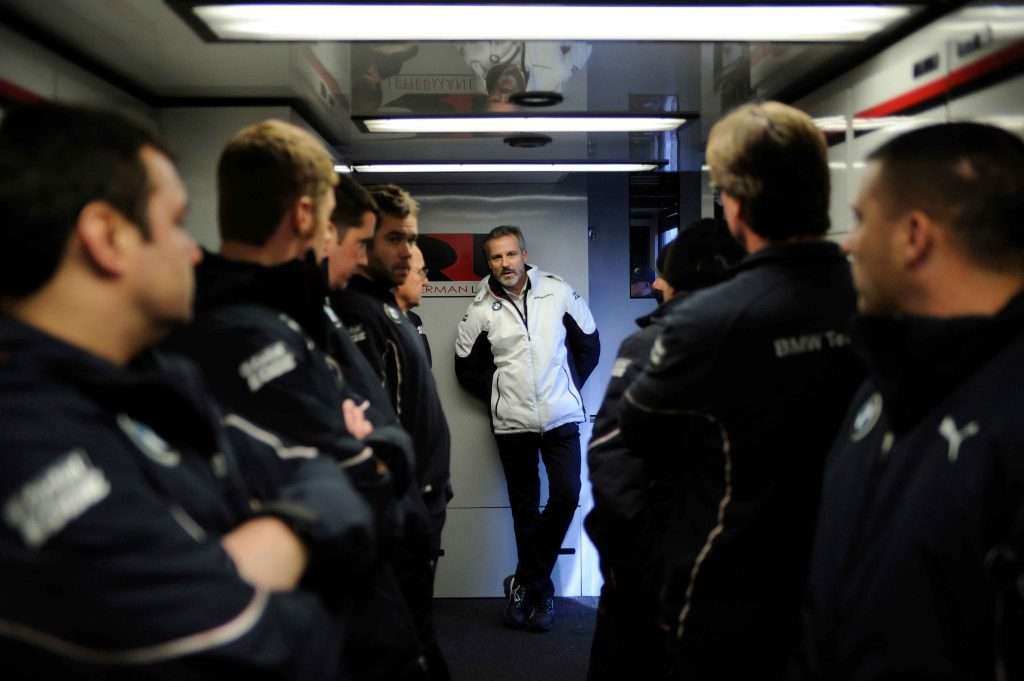 Graham Rahal, driver No. 24 BMW Z4 GTLM: “This is my second year at the Rolex 24 in the BMW Z4. Everything feels just that much more comfortable and you get up to speed just that much quicker.  If we can run as strongly as we did last year and not have a failure (rear wheel bearing) we have a very good chance. The team has worked very hard putting together a very good car. Having won this race overall in a BMW powered prototype it would be great to add a GTLM class victory.”

The 53rd Rolex 24 at Daytona takes the green flag at 2:10 p.m. Saturday, January 24 with the first two hour hours of coverage on FOX beginning at 2 p.m. ET. Altogether, 15.5 hours will be broadcast on FOX Sports platforms. The hours from 10 p.m. to 7 a.m. will be streamed live on IMSA.com. Follow BMW Team RLL on Twitter at @BMWUSARacing for “from-the-pit-box” updates all weekend.