The allure of electric vehicles (EVs) is that we have to expedite their evolution if humanity envisions a cleaner, greener, and prosperous future in terms of renewable resources. So auto brands, including General Motors (GM), have made concerted efforts to tackle the challenge. For instance, as part of GM’s “All-Electric Future,” the newly-released Chevy Bolt EUV is an affordable, long-range EV key to GM’s plan to launch 30 new EVs globally within the next five years.

Correspondingly, in a direct effort to introduce EVs to the urban market, we connected with Tressa “Azarel” Smallwood as she gave Automotive Rhythms insight into her world of film production. The award-winning book publisher, movie producer, and founder of MegaMind Media profiled her typical day behind the lens by way of the 2022 Chevy Bolt EUV Premier and its electric energy flow. After spending two weeks with both the Bolt EV and Bolt EUV, the content creator was stoked on the pair’s capabilities and how fluid EV’s mesh with her lifestyle. 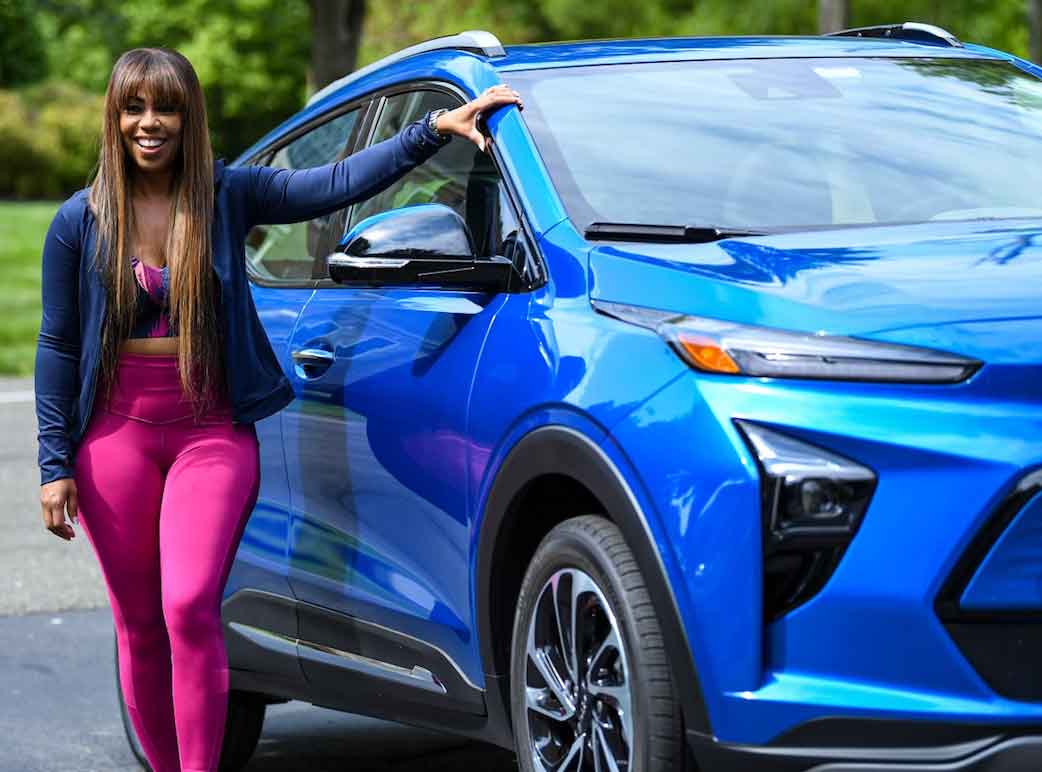 “Over and above, we want the Earth to thrive so our kids can continue to enjoy the beauty of life and not have to worry about Global Warming,” Tressa emphasized.

To capture the effectiveness of her visceral emotions driving the Chevy crossover vehicle, ARtv filmed Tressa’s array of activities, from self-care with Julie Thi of Lash Moi to meeting up with girlfriend and coworker Maggy François. Tressa specifically enjoyed the Super Cruise feature while regenerating energy with a green smoothie during a hands-free drive on Route 50 East in Bowie, MD. Actually, the Bolt EUV is the first Chevrolet and GM EV to offer Super Cruise, a hands-free driver assistance system for enabled roads. “How cool is this,” she exclaimed after witnessing the vehicle maintain speed and steer on its own with the system activated. 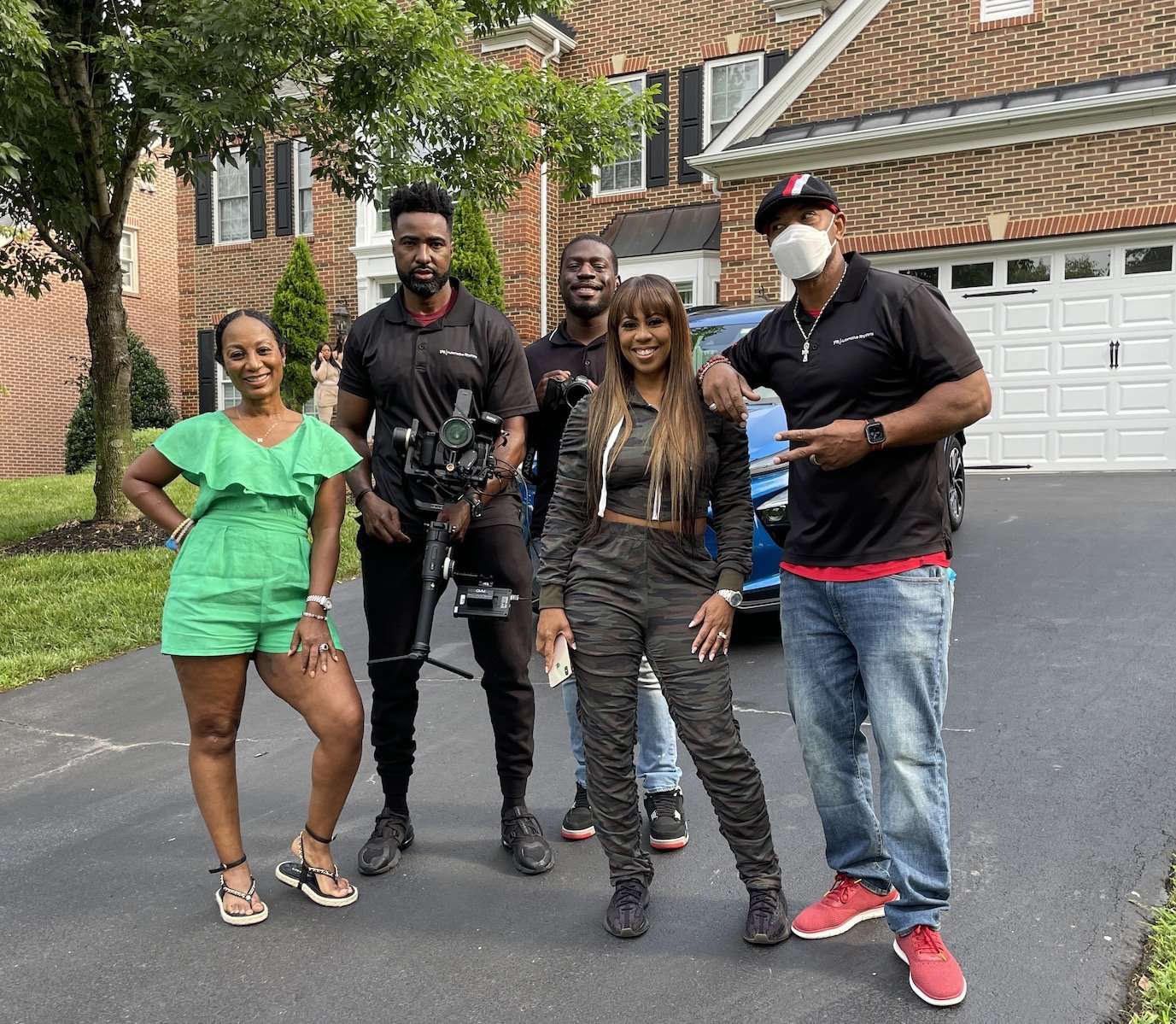 “The new Bolt EUV is the best of the Bolt EV packaged in an SUV-like vehicle with more technology and features, giving customers more choices and reasons to switch to electric,” said Steve Hill, vice president of Chevrolet. “This is an opportunity for Chevy to capitalize on the success we’ve built with the Bolt EV and bring new customers into the Chevy family.”

Data conveys that women majorly spearhead the decision-making in households when it comes to auto purchasing. Moreover, affordability is critical to mass marketing EVs, especially to African American auto buyers. No problem, as the Bolt EUV starts at $33,995. MegaMind Media specializes in creating compelling original content for female audiences; therefore, the collaboration was perfect. 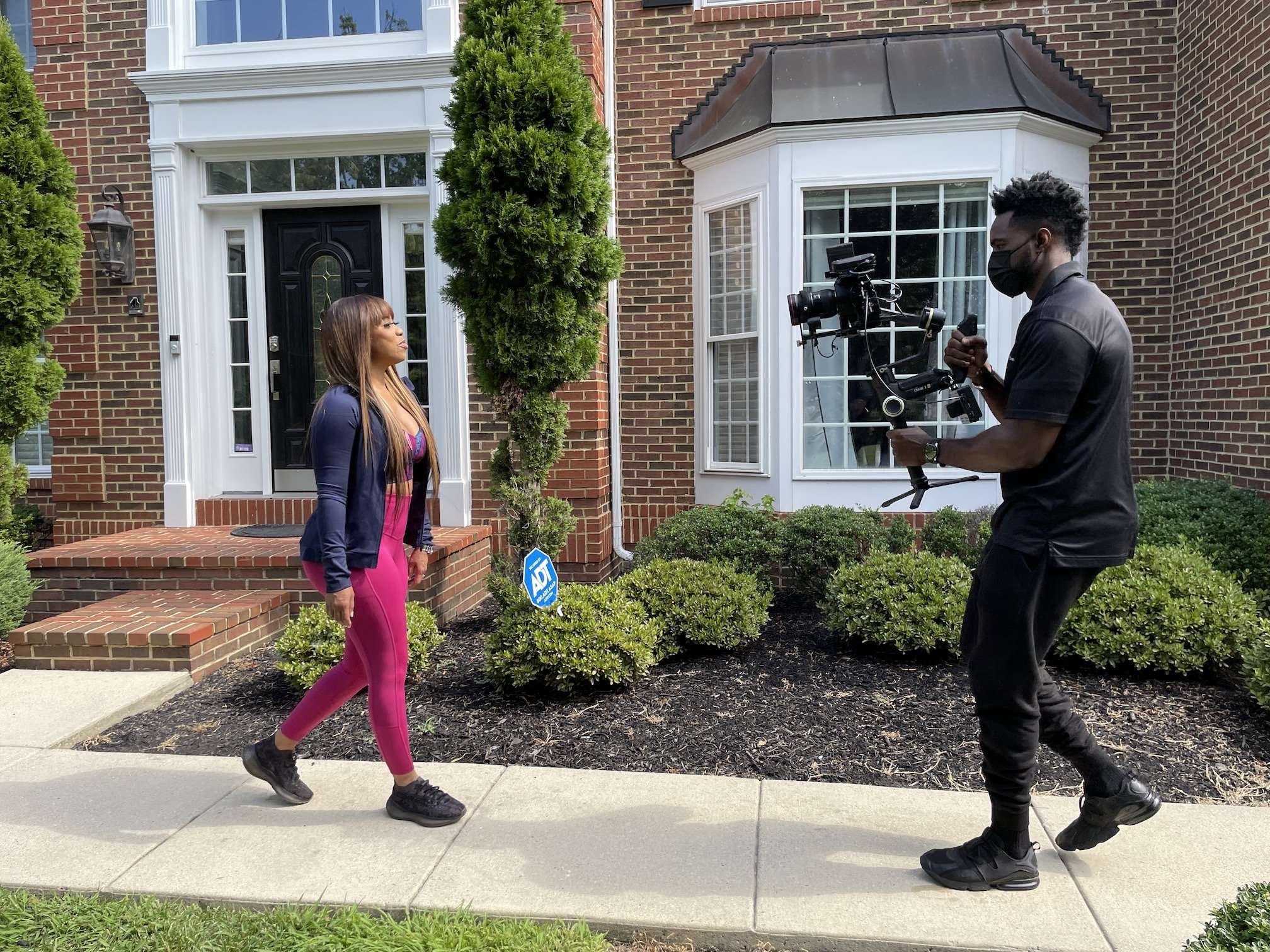 Tressa turned her debut bestseller into a multi-million-dollar publishing company with more than 162 titles that have amazed thousands of fans worldwide. In addition, she has produced films such as Secrets, Holiday Heartbreak, All In, and The Available Wife. An advocate for women’s issues, Tressa recently partnered with BET Her to produce The Waiting Room and The Couch, a series highlighting mental health and breast cancer awareness. And while bringing beloved actors like Lamman Rucker, LisaRaye McCoy, Sheryl Lee Ralph, KJ Smith, Clifton Powell, and more to the big screen, she is doing her part to revive the creative economy by employing hundreds of independent artists and entrepreneurs. Her films have also given unprecedented opportunities for noteworthy actors like Vivica Fox, Vanessa Bell Calloway, Victoria Rowell, and Kim Fields to step behind the camera as directors paving deeper pathways towards diversity. 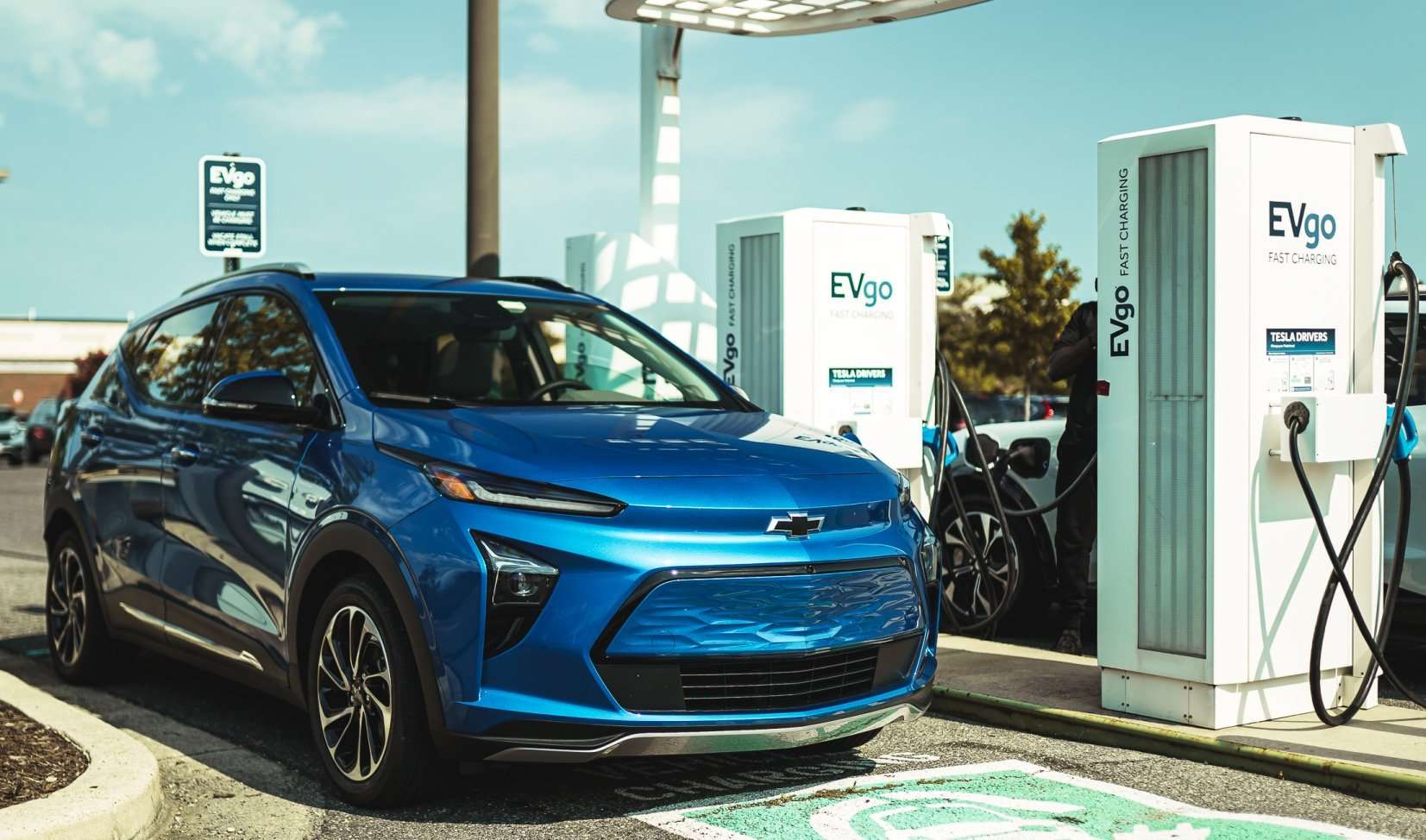 After leaving home in Upper Marlboro, Tressa was ecstatic over the scintillating electric torque that allowed the Bolt EUV to fly in silence with the wind, especially when set in Sport Mode. In addition, the efficient ride is blessed with a 10.2” Chevrolet touchscreen infotainment system, wireless Apple CarPlay, a wireless charging pad, a Bose 7-speaker audio system, WiFi, a split panoramic sunroof, embedded navigation, ventilated front seats, rear camera mirror, and heated (outboard) rear seats with 3” more rear-legroom compared to the Bolt EV. For sure, her passengers enjoyed the added comfort.

“I’m constantly curating new content for streaming platforms and cable channels, so a vehicle with an array of amenities is important for me to ideate new storylines,” she continued. 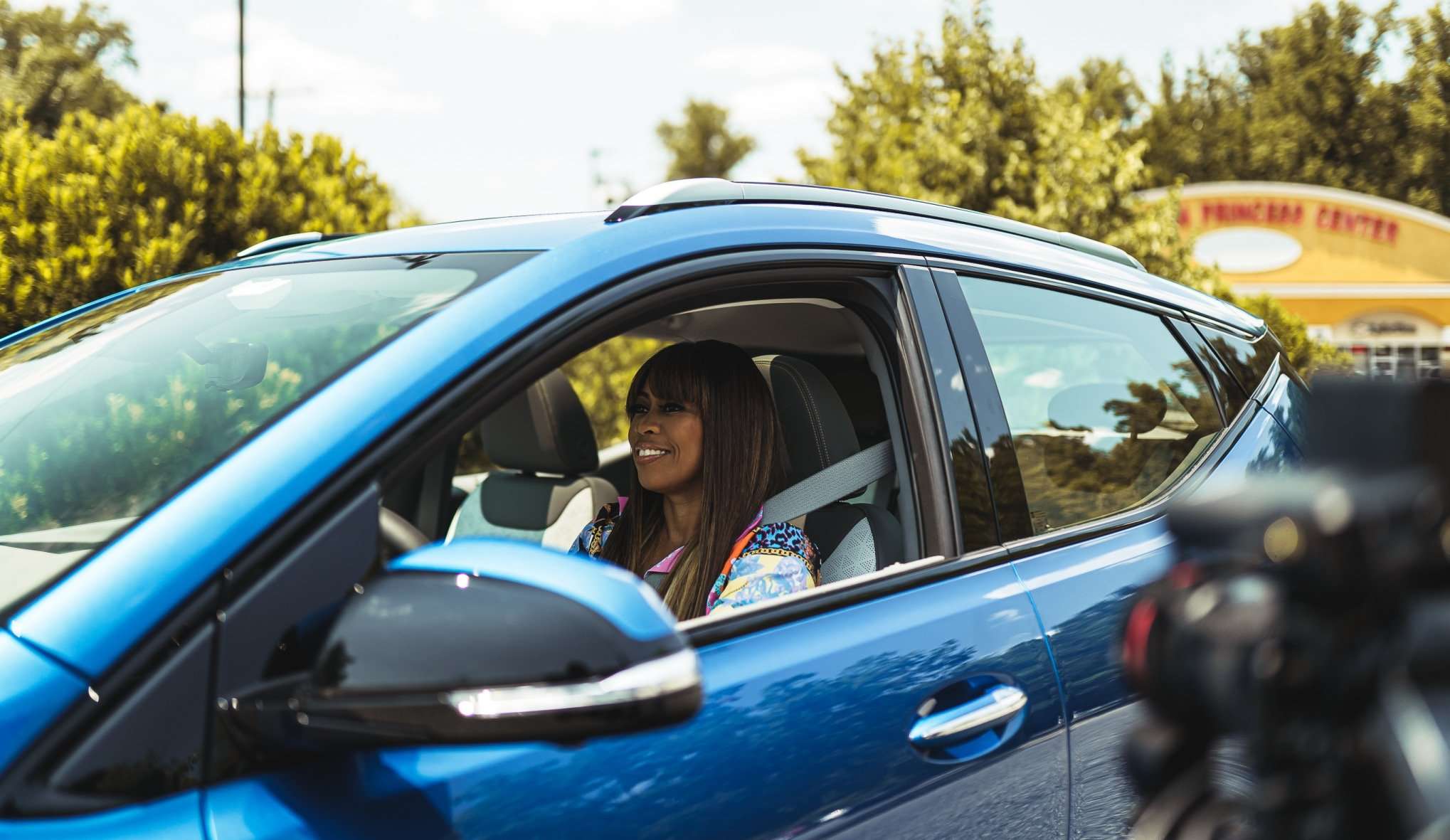 No worries about running out of juice either, as the Bolt EUV’s EPA battery range is an estimated 249 miles on a full charge. Which means she was good to go for a week of driving activities around the way. It’s electric energy people, using Chevy’s proven battery and drive unit technology. To re-up on the fly, we stopped at EVgo’s charging station in the Bowie Town Center while Tressa ran some errands.

The loving wife and mother also requires safety in her ride. Fair enough, because the Bolt EUV features Chevy Safety Assist, Automatic Emergency braking, Front Pedestrian Braking, Forward Collision Alert, Adaptive Cruise Control, and much more. All in all, it was an amazing and educating experience with the rising film star and the Bolt EUV. Next up was a return trip home to wrap up. 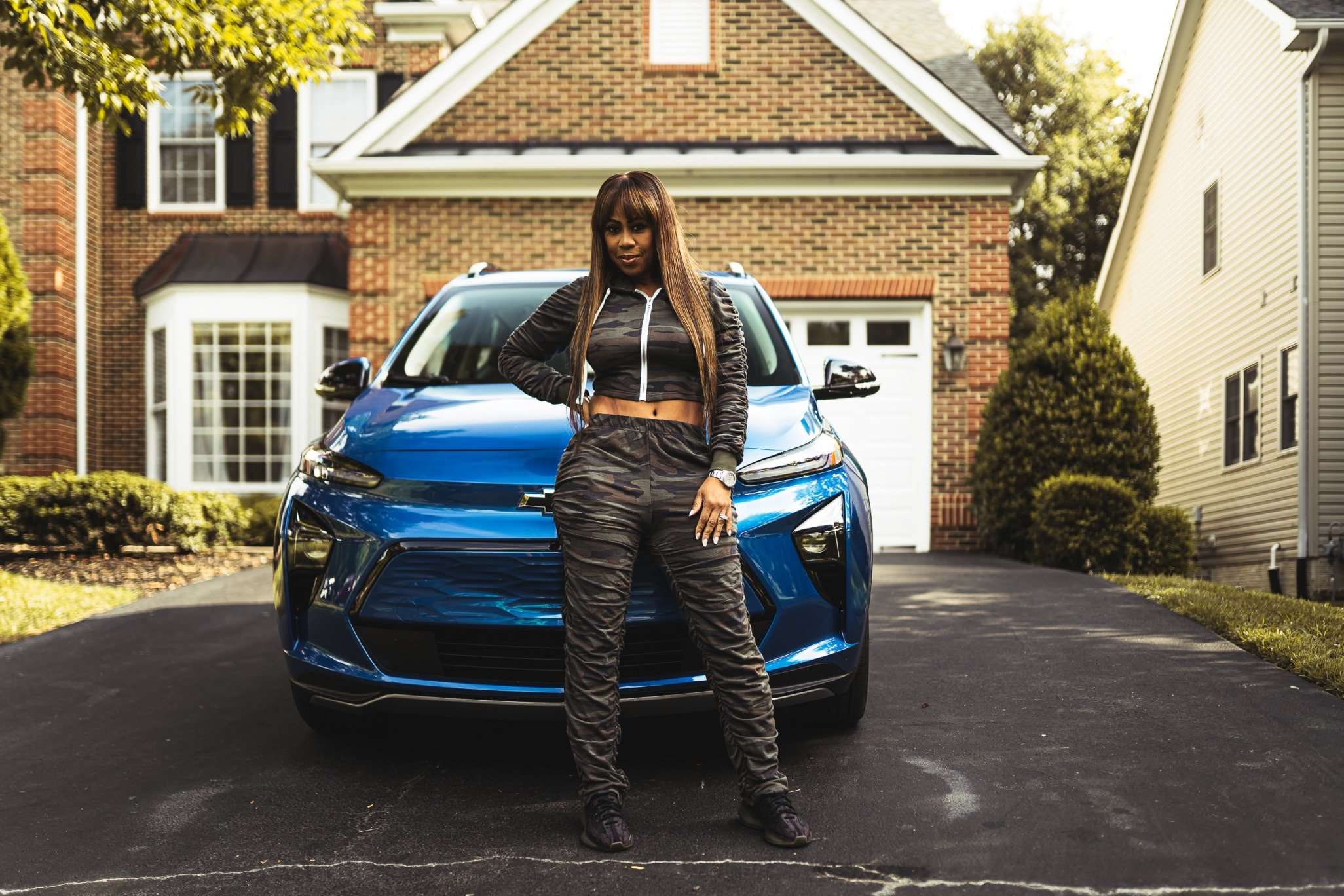 “I’m big on recouping energy from my husband and kids and destressing after a long day,” she accentuated. Time to kick back, love and laugh. “Thank you, Chevrolet for the integration, and let’s all continue to respect the planet with clean, green energy.”  What a poignant ending to a new beginning!