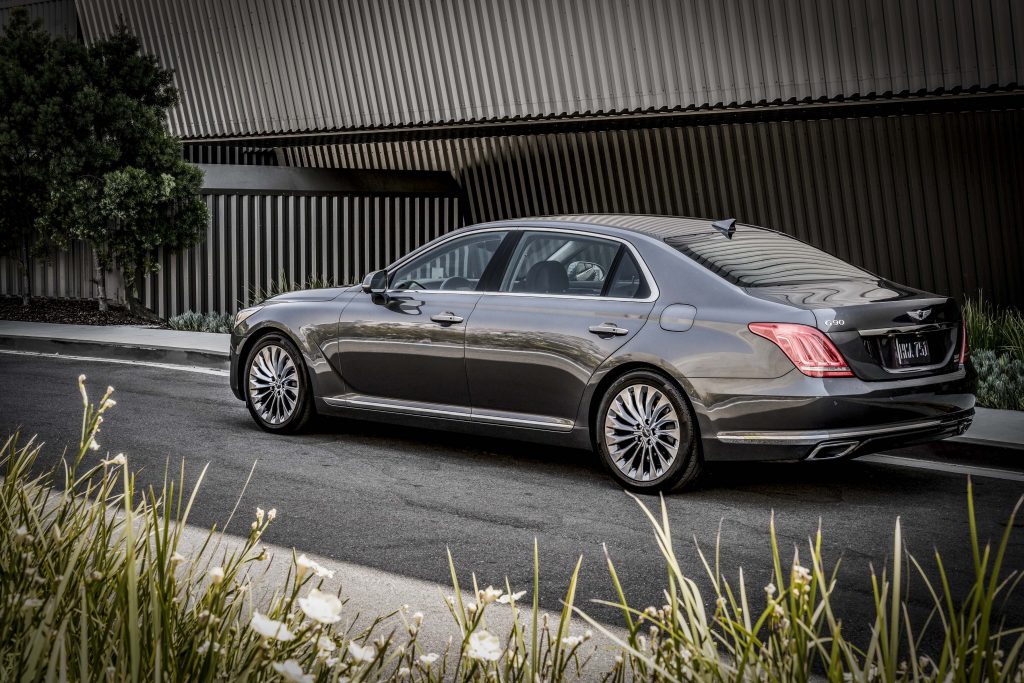 Genesis, the new luxury brand from Hyundai, has bumped Audi to the number two spot, and leads all other luxury brands in the 2018 Brand Report Card Rankings from Consumer Reports. The findings were released at the National Press Club in Washington, D.C., before the respected Washington Automotive Press Association.

Genesis and Audi top CR’s annual report with every one of their tested models earning the “CR Recommended” designation. This is an especially impressive feat for Audi, which makes a wide range of vehicles spanning categories from small cars to three-row SUVs. Genesis, with just two models tested, had less to get right to earn its place at the top of the list, which doesn’t take away from the fact that Genesis excels in CR’s testing and owner satisfaction scores and has average reliability, but it does put its position in perspective.

“Not many car brands have what it takes to deliver consistent quality across several models and through multiple new launches or redesigns,” said Jake Fisher, Consumer Reports Director of Automotive Testing. “Our annual brand rankings demonstrate to the consumer and to the marketplace which brands do it well and which brands don’t.”

CR Recommended vehicles must perform well in CR’s testing, have average or better predicted reliability, and must have performed at least adequately if included in government or insurance-industry crash tests.

In total, 34 brands were included in CRs 2018 Brand Report Card. To determine the rankings, the organization considers only new vehicles that are currently for sale on the market and that it has tested at its 327-acre Automotive Test Center in Connecticut. CR then averaged the Overall Score—a combination of predicted reliability, owner satisfaction, and CR’s hands-on analysis that includes road performance and safety—for each brand model tested. The brand average is an indicator of which brands make the better cars.

Luxury rivals BMW, Lexus, and Porsche continue to occupy spots near the top of the rankings. Lexus stands out for earning its place more from its reliability rating and standard advanced safety features than its road- test scores, which often have trailed the competition. Lexus was followed closely by Kia, Subaru, Tesla, and Honda, which finished in 6th through 9th place.

Toyota rounded out the top 10—an impressive feat for a large brand to maintain such high scores with so many models and car types to consider. Toyota earned the highest marks of any brand for predicted reliability. CR currently Recommends 75 percent of the 20 Toyota models it has tested.

Chrysler is the only brand that took a giant step up in the rankings this year, with an Overall Score four points higher than last year, thanks largely to high road-test scores and the average reliability of its Pacifica minivan.

The brands that dropped the most in Overall Score were Buick (eight points) and Acura (six points), both due to declining reliability of some of the models. However, both finished near the middle of the pack.

At the bottom of this year’s rankings, Fiat continued to rank last among all brands. Currently CR does not Recommend any of the Fiat models it has tested. Ten other brands, including Jeep, Land Rover, Alfa Romeo, Mitsubishi, Jaguar, GMC, Dodge, Mini, Cadillac, and Volvo also do not have any tested vehicles that CR Recommends.

Overall Scores for all 34 brands included in Consumer Reports’ 2018 Brand Report Card are available in CR’s Annual Auto Issue or by visiting the CR’s 2018 Autos Spotlight at http://www.CR.org/april.

Consumer Reports’ testing procedures are the most comprehensive of any U.S. publication or Web site. More than 50 individual tests are performed on every vehicle, including evaluations of braking, handling, comfort, convenience, safety, and fuel economy. Roughly 6,000 miles of general driving and evaluations are racked up on each test car during the testing process. CR buys all its test cars anonymously from dealers and does not accept samples from automakers.

For live coverage of CR’s breaking news, connect on Twitter at @ConsumerReports and on Facebook at www.facebook.com/ConsumerReports.