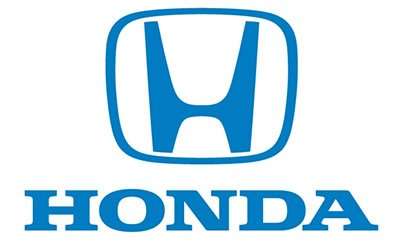 “The Japanese manufacturers fiscal year end is March 31st, so it’s not unusual to see a high amount of incentives from Toyota and Honda every March,”  said Eric Ibara, director of residual consulting, Kelley Blue Book.  “While this may be seasonal, the current from Toyota and Honda are unusually high.  Toyota needed to put money on the hood to bring consumers back to the dealer lots and Honda may have anticipated a pinch from Toyota’s spiff and launched a massive campaign of their own in an effort to also realize some of these sales prior to year end and better compete with Toyota.”

“This Honda program snuck in very quietly.  Their huge new lease program is proof that Toyota’s recent flood of incentives, might just be impacting Honda as well,” said James Bell, executive market analyst, Kelley Blue Book.  “This type of reaction could spark a new round of incentives among several more manufacturers.  The irony is that Toyota, prior to their recent recall, was one of the brands that shied away from heavy incentives because their rock-solid reputation allowed them to easily move metal at, or close to MSRP.”

According Kelley Blue Book® Values data to be published in the company’s May/June Residual Value Guide shows that the average year-over-year change in 36-month residual values of new Toyota models is forecasted to increase by 4.2 percentage points (based on the vehicles’ MSRP).  While Toyota’s increase is below the industry average increase of 6.2 percentage points, it still outperforms a number of other brand increases.  Year-over-year changes in residual values in the May/June release are largely being driven by changes within the vehicle segments.  Honda residuals also increased 3.4 percentage points, a lesser rate than Toyota.

“Shorter term incentives have less of an impact on future values than longer-term incentives,” said Eric Ibara, director of residual value consulting, Kelley Blue Book.  “Attractive lease offers can increase market penetration but it also create a larger volume of lease returns for the banks in the end.  What remains to be seen is how large the volume of leases Toyota and Honda incentives create, as it is the volume that will have the most detrimental impact on future residual values.”

“With an aggressive program like Honda’s, we expect that there could be more of a downward trend on the current value of used Honda’s, now that it’s cheaper to lease a new Honda, than it is to buy a used one,” said Juan Flores, director of vehicle valuation, Kelley Blue Book. “Kelley Blue Book is keeping a close eye on both Toyota and Honda’s incentive programs to determine both the long- and short-term effects they will have on their respective brands.”

Toyota’s recent attractive incentive offers appear to be driving a rebound in consideration according to Kelley Blue Book Market Intelligence data.  Seven percent of car shoppers say they were not considering a Toyota prior to the incentive announcements, but now they are.  In addition, the week-over-week percentages of consumers who say they would never consider a Toyota again, decreased (from 17 to 13 percent).

Additionally, the company’s Market Intelligence data shows Toyota consideration and interest has increased considerably in the last week, rebounding to higher levels than before the company’s recent major recall announcements.

“Toyota may finally be turning the corner,” said James Bell, executive market analyst, Kelley Blue Book.  “Between their aggressive realignment of production to be more in line with demand, the company’s current incentive offerings and the understanding that the recall issue while severe is statistically small; it’s not surprising that Toyota is now on the road to recovery.”