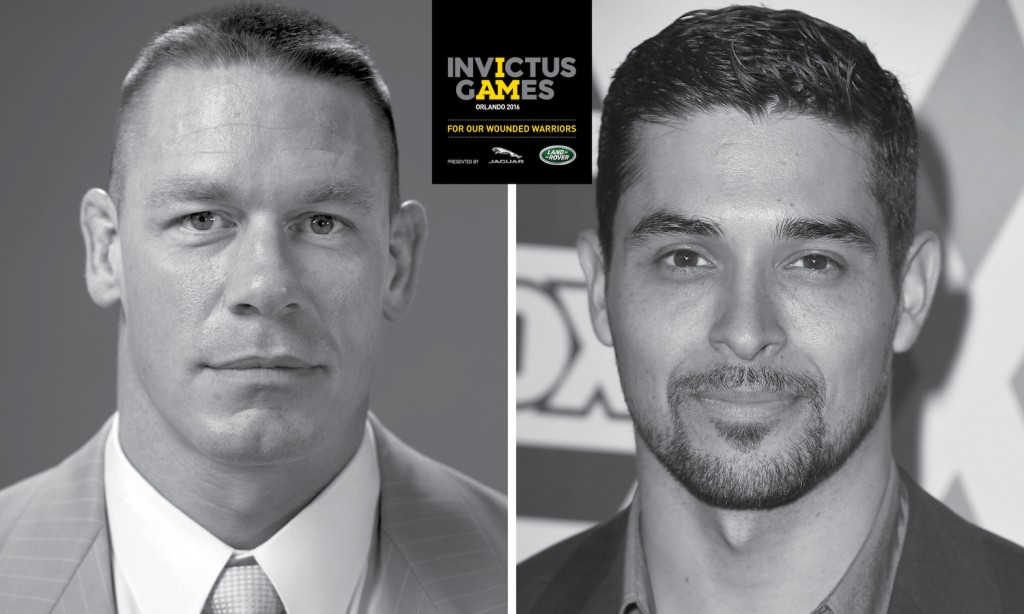 Jaguar Land Rover is proud to support the Invictus Games Orlando 2016, a multi-sport event for wounded, ill and injured service members. Jaguar Land Rover, presenting partner for 2016, is excited to announce its proprietary event, the Jaguar Land Rover Wheelchair Rugby Exhibition Match (May 11), inviting celebrity guests to play alongside the wheelchair rugby players. Anchored by Jaguar Land Rover’s ambassadors, WWE Superstar, actor and reality television show host John Cena and actor Wilmer Valderrama, the event is a friendly match that showcases the abilities of the wheelchair rugby exhibition match players against some of their favorite celebrities and athletes.

The two ambassadors will lead teams of celebrity participants including Eric Decker, Jesse James Decker, Derek Hough, Shawn Johnson and more in an exhibition match to celebrate their support of the ex-servicemen and servicewomen competing at the Invictus Games 2016. Jaguar Land Rover recently announced their sponsorship of the UK and US Teams, the Jaguar Land Rover Driving Challenge (May 7) and its new U.S. Retail Network Veterans Employment Program.

“It’s an honor to be a part of the Invictus Games this year,” said John Cena. “These men and women represent some of our nations bravest and I can’t wait to celebrate them in the upcoming Games.”

“Our Veterans and military personnel are incredible heroes and I am thrilled to be able to join the great community at the Invictus Games alongside Jaguar Land Rover,” added actor Wilmer Valderrama.

In addition to the match, Jaguar Land Rover will further its commitment to the Games by presenting two awards during the Closing Ceremony on May 12, the Land Rover Above and Beyond award and the Jaguar Exceptional Performance award. The Land Rover Above and Beyond award will be presented to an individual who has gone above and beyond not only what is expected as a competitor, but also as a teammate at the Invictus Games. It is judged on sportsmanship, commitment to the Games and demonstration of an inspiring example of ‘Invictus Spirit’. The Jaguar Exceptional Performance Award will be presented to a competitor who has achieved outstanding performances throughout Games week, displaying true determination and dedication. The awards will be presented by John Cena and Wilmer Valderrama as part of the closing ceremony and celebration of the Games.

Launched in 2014 by Prince Harry, the second edition of the Games will take place from May 8-12 2016 at the ESPN Wide World of Sports Complex in Orlando. Jaguar Land Rover also recently announced that it will continue as Presenting Partner of the 2017 Invictus Games to be held in Toronto, Canada.