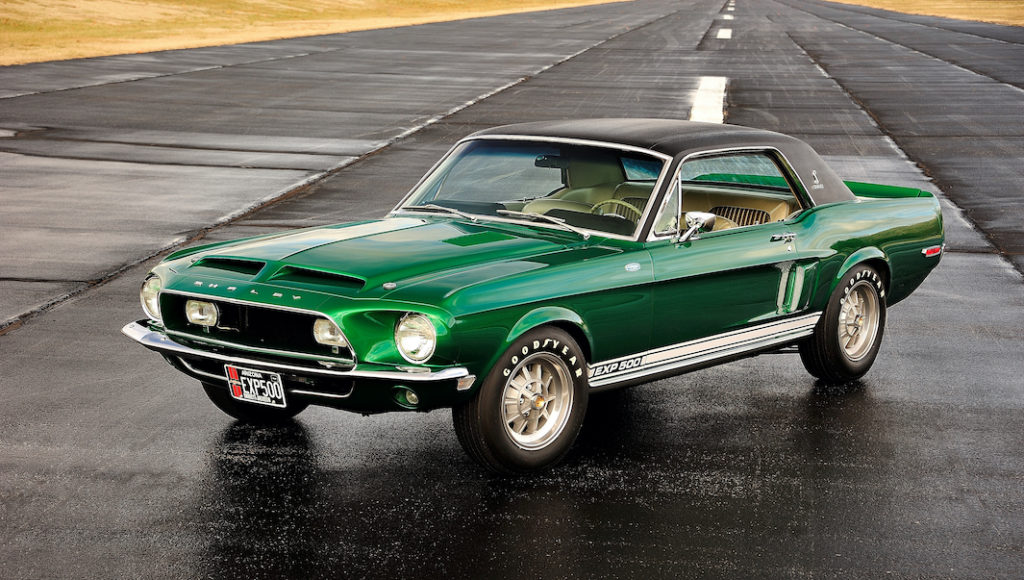 One of the world’s most unique muscle cars was under the spotlight at the 2019 SEMA Show at the Shell “Pioneering Performance” Experience. The “Green Hornet”, a prototype 1968 Shelby GT500, was one of the many specialty vehicles tested by Carroll Shelby and his team to develop cutting-edge automotive engineering during the 1960’s. After presumably being lost to the crusher, Craig Jackson, CEO of Barrett-Jackson Collector Car Auction, with the help of Pennzoil, meticulously restored the prototype back to factory-spec. The vehicle was uncovered during a press conference at the Shell “Pioneering Performance” Experience when Craig Jackson and Carlos Maurer, President, Shell Lubricants Americas, discussed the process and restoration of the coveted vehicle.

During the press conference, Jackson explained the connection he felt to the Green Hornet from his friendship with Carroll Shelby and why he decided to bring the vehicle back to its glory days, fully restored to be as it was – a prototype for Shelby Automotive’s development. The vehicle, which originally served as the prototype for the California Special trimmed Mustang, is one of only two notchback coupes produced by Ford and Shelby, making the car truly one-of-a-kind.

“The Green Hornet was an important and special vehicle to me and adding it to our collection was a no-brainer,” said Jackson. “I had a long friendship with Carroll, and I believe he would be proud to see one of his revolutionary prototypes looking like it rolled right out of the factory back in ’68.” 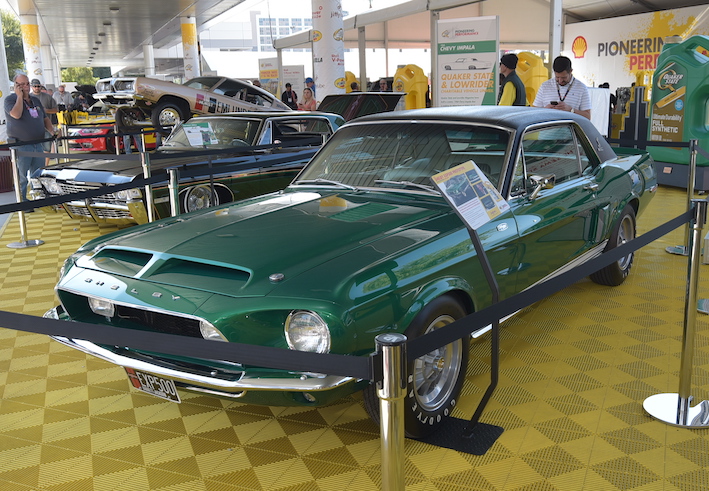 The Green Hornet was originally restored in 1993, but underwent another full restoration in the hands of Craig Jackson, just in time for the 2019 SEMA Show. During the special press conference Barrett-Jackson teased the crowd with a short clip of its upcoming documentary, which discusses the history of the Green Hornet and the restoration efforts.

“Being able to help restore such a legendary vehicle from Ford and Shelby’s history was a thrill for us at Pennzoil,” said Maurer. “We’re proud to be able to see the finished product here today, and I have a special appreciation for the vehicle since it became the platform for innovation in design, performance and handling. Carroll Shelby’s innovation and development of the Mustang inspires what the many leading manufacturers strive to create with their cars of today.”

Pennzoil is proud to supply Pennzoil Synthetics at the Barrett-Jackson shop in Scottsdale, Arizona. Inspired by Shelby’s engineering from more than 50 years ago, Barrett-Jackson strives to exceed expectations by showcasing legendary vehicles with legendary stories, the same way its predecessors did. Pennzoil is continuously working to innovate and provide cutting-edge motor oil technologies. Pennzoil is the first synthetic motor oil made from natural gas, not crude.

For more information about the Green Hornet and the upcoming documentary, visit www.barrett-jackson.com. To stay up-to-date on the latest announcements and news of the vehicles, be sure to ‘Like’ the official Barrett-Jackson Facebook Page (www.facebook.com/barrettjackson) and follow @Barrett_Jackson on Twitter (www.twitter.com/Barrett_Jackson) and Instagram (www.instagram.com/barrett_jackson).