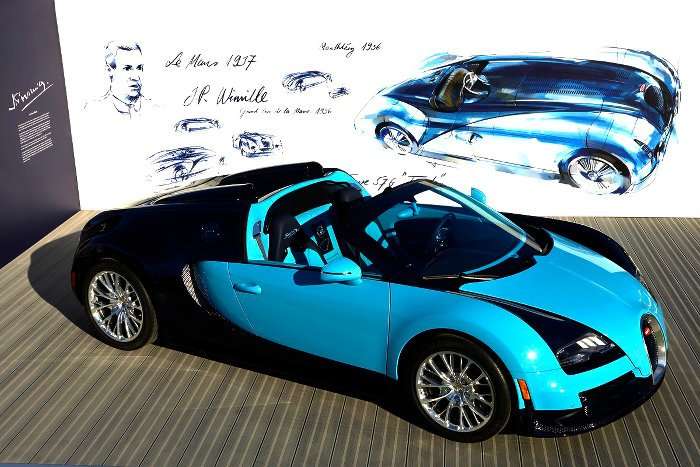 During the Monterey Car Week, one of the most prestigious automobile shows in the world, Bugatti debuted the first of its six-part exclusive Bugatti Legends edition, “Les Le?gendes de Bugatti.” The French luxury brand bestowed the name “Jean-Pierre Wimille” for the premiere of its first Legend model. As with all five subsequent editions, this Legend will be limited to three vehicles.

With this latest edition, Bugatti aims to honor its former factory race driver, who took home the brand’s first victory in the 1937 Le Mans 24-hour race and repeated this triumph a mere two years later. The Legend vehicle is based on the Bugatti Veyron 16.4 Grand Sport Vitesse and its design pays tribute to Wimille’s racing car in 1937, the Bugatti Type 57G Tank. “With our first Legend ‘Jean-Pierre Wimille’ we are celebrating Bugatti’s racing life, which experienced a meteoric high point with the Le Mans victory of 1937,” explains Dr. Wolfgang Schreiber, President of Bugatti Automobiles. 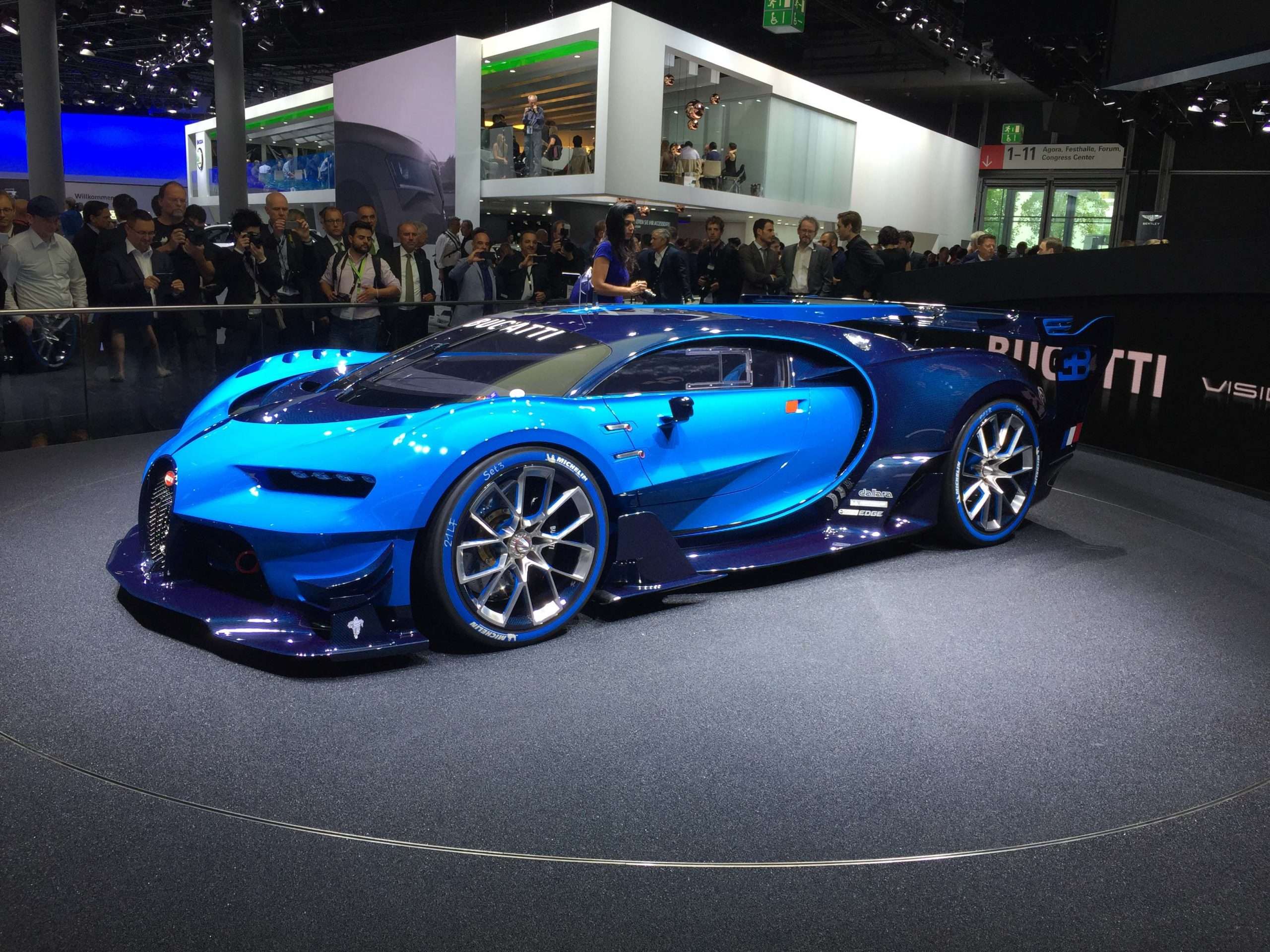 The similarity of the car’s interior and exterior design to that of the historical race car, the Type 57G Tank, is apparent at first glance. The body of the “Jean-Pierre Wimille” Legend is composed entirely of carbon and pays tribute to the Type 57G Tank with its blue paint finish, a color characteristic of French racing cars of the era. The dark and light blue color split of the historic vehicle has also been implemented in the Vitesse, often running across whole body parts. Perfectly crafted dark blue exposed carbon creates a harmonious contrast to the light blue “Bleu Wimille” paint finish, which was developed especially for this model to remain faithful to the original color of the 57G Tank.

The Type 57G Tank was built in Molsheim in 1936 and 1937. Only three cars were produced at the Bugatti manufacturing plant in the Alsace. With these racing cars, Bugatti aimed to lead the world of French motor racing to new victories, as at that time only foreign brands were constantly winning. Jean Bugatti, son of the company founder Ettore Bugatti, pushed through an initiative to develop a sports car which could be used for long distance competitions. In order to ensure the lowest possible center of gravity, it was decided to combine the standard type 57S chassis with the Bugatti 3.3-liter row eight cylinder and a wheelbase of 2.98 m. The engine of the 57G Tank delivers approximately 200 hp and, thanks to the aerodynamically designed body, could quickly reach higher speeds than that of the competitors at the time. The car was on the road to success from the very beginning, with Jean-Pierre Wimille a fixture at the wheel. His first victories in the 57G Tank were won in 1936 at the Grand Prix de l’A.C.F in Montlhe?ry and the Grand Prix de la Marne. 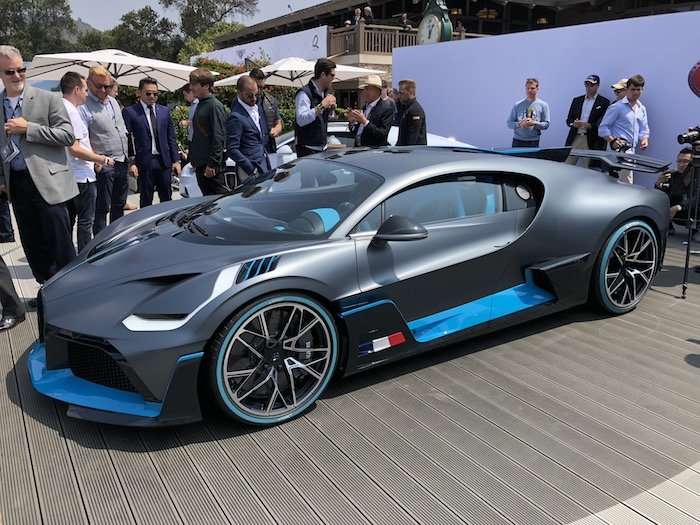 For the Le Mans 24 hour race on July 19 and 20th, 1937, Bugatti registered two racing cars of this type. The first car was driven by test drivers Pierre Veyron and Roger Labric, with Jean- Pierre Wimille and Robert Benoist taking control of the second Tank. After only a short while, Wimille took the lead and ultimately won the race with an average speed of 84 mph and a total distance 2,043 miles. Thus, he was able to claim Bugatti’s very first victory in this legendary race, and became a brand legend himself.