Making Moves With Dad in the 2015 Nissan Murano: A Fit Fathers Getaway 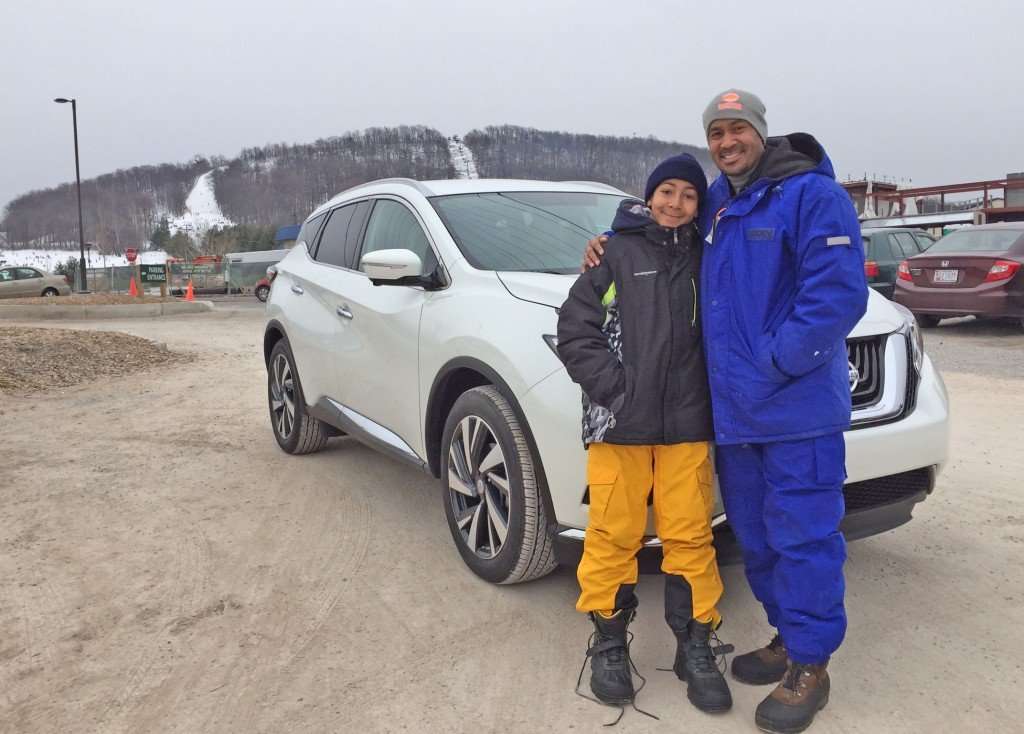 Raising three kids certainly has its challenges. On one hand there is the never-ending shuttling to practices, competitions and tournaments to simply communing as a family including the often, overlooked one-on-one sequence. Though, I’m not referring to those illusive occasions with your significant other, heaven knows those fleeting moments are few and far between. In this instance I’m talking about the authentic one-on-one time with each child independently.

As my oldest enters his teenage years we of course allow him more freedom than his two younger siblings. Unintentionally however, this has led to emotions equating to being less important since Noel’s brother and sister still require more attention and direction. To help remedy this potentially slippery slope, a well-needed father and son getaway was in order. Our destination was set to Ski Liberty in Fairfield, Pennsylvania which is a mere 90 minutes from the DC metro area. Adding to the anticipation of our escape was the pleasures of a sporty, yet sophisticated 2015 all-wheel-drive Nissan Murano Platinum Edition in Pearl White to serve as our winter sled. The Japanese CUV was ideal given the snowy forecast for the return trip. My particular vehicle had a MSRP of $41,000 which is pretty modest considering all the mechanical and technical features. 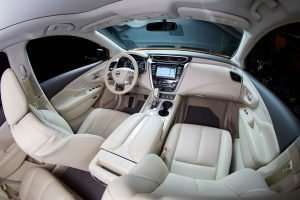 The trek provided an excellent opportunity to talk and reminisce within the luxurious cashmere leather cabin infused with brushed silver and Jasper pearlescent accents. To make the most of this moment Noel and I didn’t rush, even pit stopping by one of his previous soccer tournament locations at Mount St. Mary’s University PNC Sports Complex. The high temperature for the afternoon reached 23 degrees so the climate controlled seats were set to toasty warm for the day. He was naturally drawn to the 8” color touchscreen NissanConnect multi-media system and quickly found the available USB ports for his devices. With an interface as intuitive as today’s mobile devices, NissanConnect is intelligent and user-friendly. Drivers are additionally treated to the Advanced Drive Assist Display concentrating vehicle stats, navigation and entertainment settings within a 7” color gauge cluster for optimal driver viewing. Yet, being somewhat of a visual-flow-neat-freak it was disappointing that the console housing the driver/passenger USB port wasn’t designed to close flush, forcing that area to remain open while in use. I also wish the steering wheel mounted switches with the volume and station controls were a bit more ergonomic.

The Murano’s ride was nimble and handling and performance were dreamy. The 260-horsepower 3.5-liter V6 mated to the Xtronic Continuously Variable transmission was strong, smooth and efficient and collectively produced an estimated 28 hwy mpg. Punching the throttle provided the power on demand when needed and easily transcended the back roads of Western Maryland into PA. 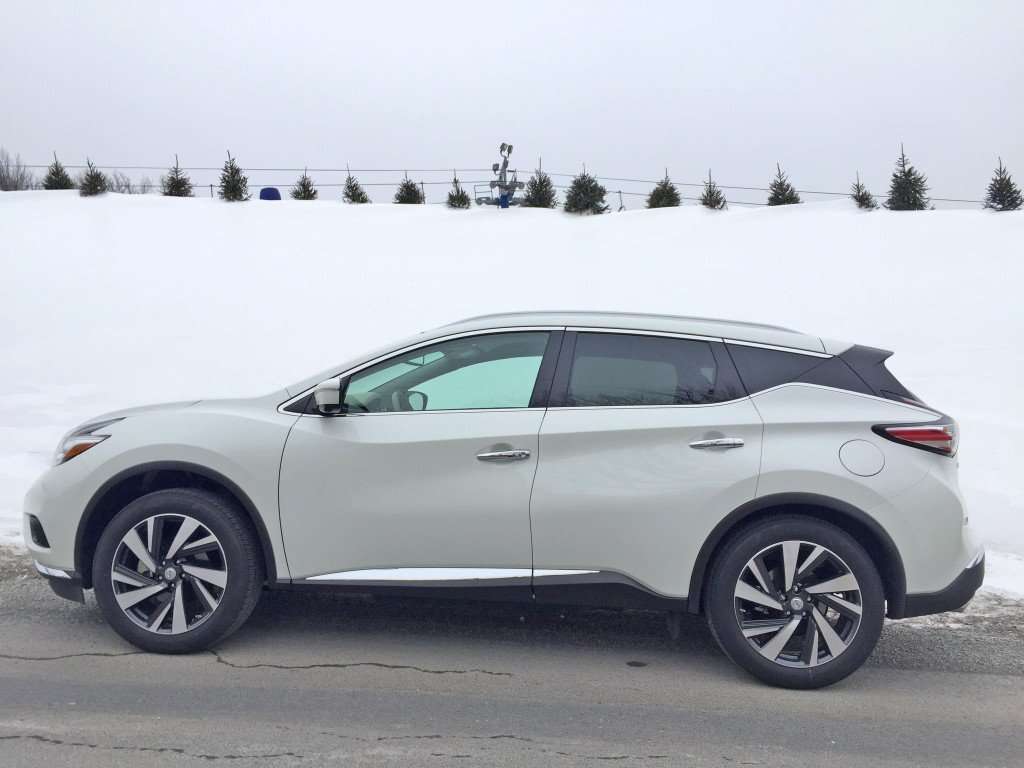 Once we arrived the day was spent enjoying all that Ski Liberty had to offer while primarily sticking with their Green and Blue slopes and stunt park well into evening hours. As Noel and I were finishing the day with one last romp, heavy winds and snow began to set in. Accordingly, we decided to take the unfamiliar Green trail given the conditions. Big mistake! The fresh snow had us grinding to miserable halts on what could have been an engaging, leisurely quest down. Given this trail was new territory we somehow ended up on the wrong side of the mountain. Back up the ski lift! Now we were faced with another Green trail or the advanced Black Diamond. Since I’m an avid snowboarder I ventured on Black Diamond earlier while my son was taking a quick break. Well, determined not to endure another painfully slow experience and trusting his dad, he convinced me that he was also ready to avoid that sluggish experience with one final and resounding “Dad, I got this!” Taking the Black Diamond cautiously, I’m proud to say he made it down like a champ.

Our return trip home was spent navigating moments of blinding white-outs and icy road conditions, all of which were handled well thanks in part to the Murano’s AWD, Vehicle Dynamic Control, traction control and anti-lock braking which were cautiously tested when conditions allowed. Also helping to get us home safely was the subtle, but very visually effective Blind Spot Warning system.

The drive was virtually silent. Not due to the weather or lack of conversational topics. It’s because Noel was knocked out with exhaustion. I’ll take that as a sign of a momentous day of exercise and fun. Taking part in your child’s practices and tournaments is always important, but making time for quality entertainment is priceless.