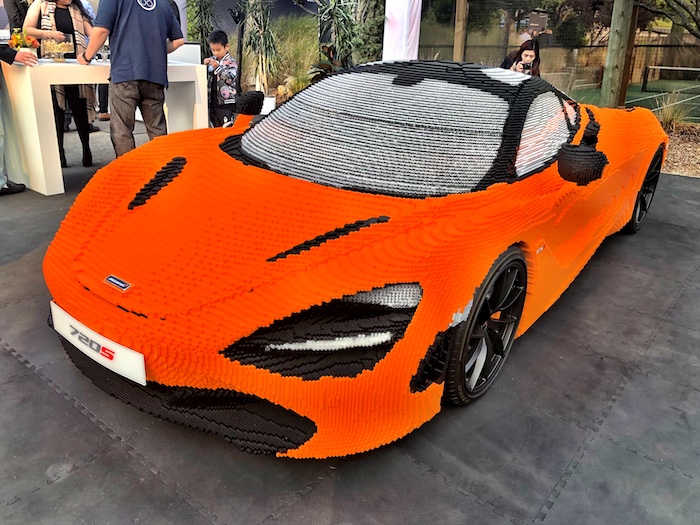 I think we’re a bit jealous of the Lego master builders who replicated the $284,745 McLaren 720 S and its 212 mph top speed into a full featured toy version. Using more than 21,000 pieces we’re elated to have witnessed this McLaren Orange work of art in person at the McLaren party during Monterey Car Week at Bernardus Lodge. Brilliant!