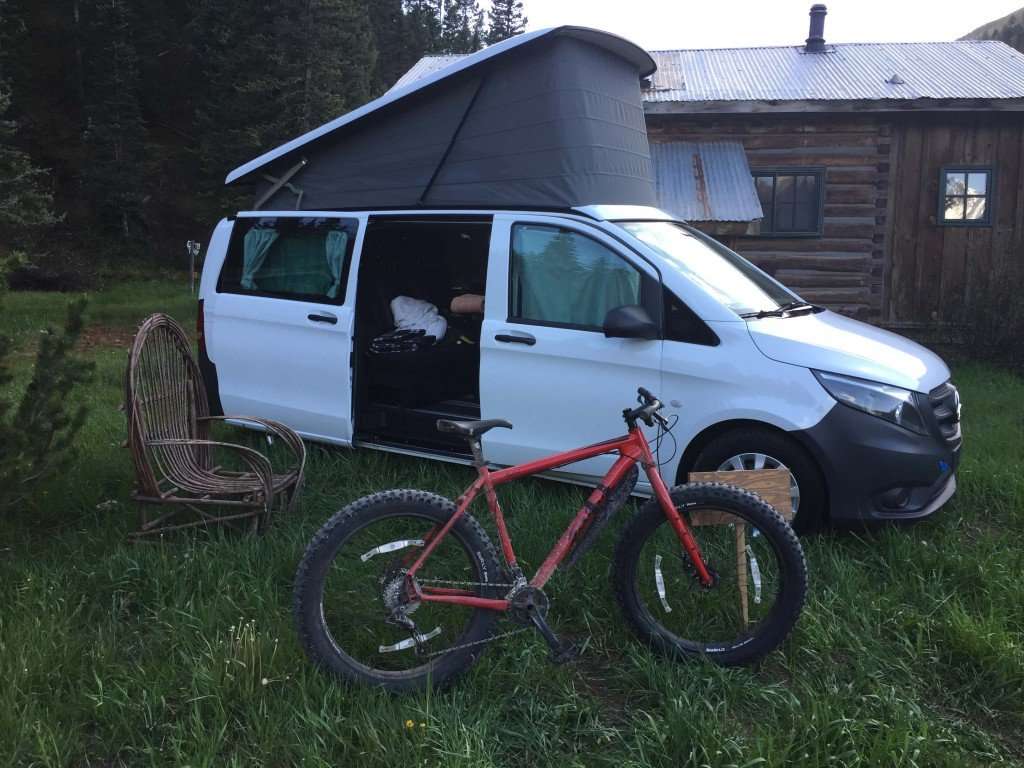 I slept in a van last night and it was pretty cool! Actually it was cool since the evening temperature drops considerably in Colorado. The camping experience at Dunton Hot Springs brought back fond memories as a child sleeping with Mother Nature. Of course the fresh air, inspiring views, freedom of life and simplicities of survival in the countryside are the antithesis of modern day luxuries and convenience. But for me, I love disconnecting from technology more often than most so I can enjoy the world as a minimalist, which in turn makes “one” more aware and observant. For that reason I had a highly enjoyable time van camping with Mercedes-Benz (M-B) and their all-new Metris and updated Sprinter Vans.

The ubiquitous Sprinter, that tall European van has been updated for 2015 to continue its impressive array of amenities for suitors. An odd ball to some since hitting the scene in 1995, the Swiss Army knife covers everything from RVing to cargo to industrial delivery applications. M-B, which created a separate division for their van unit sold 26,000 Sprinters in 2014 and is currently up 19.5% year-to-date in correlation to the industry, which is up 14%. The United States is the second biggest market in Sprinter sales behind hometown Germany. My wife’s boss has a custom Sprinter that is more like a condo than any type of automobile. Yan takes it road tripping with his wife at least once a quarter to get away from the intense demands of his consulting job at Deloitte. No need for a hotel room since his pride and joy is embellished with sleeping quarters, a mini kitchen and lounge. 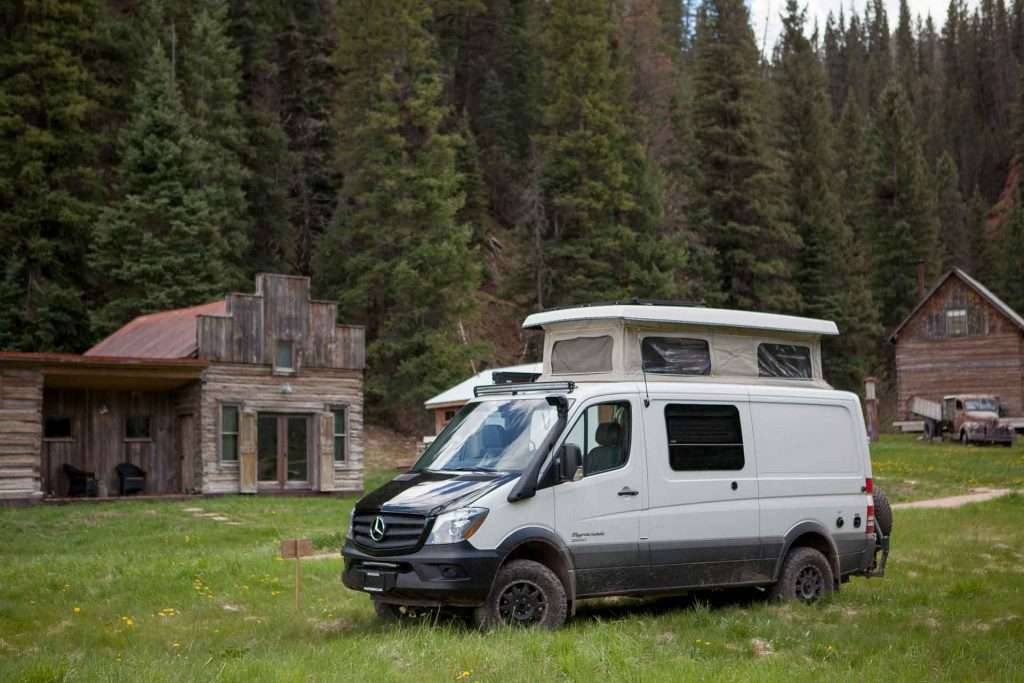 Since vans generate 1 billion dollars in annual business it isn’t surprising that M-B needed to expand the US line-up with the aptly dubbed Metris. The mid-size commercial application has been around in Europe since 1996 and now makes its American debut. Built in Spain, expect the Metris to provide services for hotels, taxi companies and airport shuttle businesses. It’s basic for now and offers no leather, wood trim, power sliding doors or anything fancy. The Metris is much smaller than the Sprinter but has similar capabilities such as towing 4,960 lbs. or seating up to 8 people, and gets around by way of a 2-liter 4-cylinder direct‐injection turbocharged gasoline engine (208-horsepower) and is paired with a 7-speed automatic transmission with available ECO start/stop. In Europe the Metris rocks a diesel engine – my first choice – but M-B is not seeing the demand in the US currently. Which is peculiar because the Sprinter is outfitted only with diesel engines. I didn’t get to drive the Metris since this trip was only a preview for the pronouncement of its introduction into the American roster. With standard airbags (up to 8), ATTENTION ASSIST, Crosswind Assist and load-adaptive ESP expect the commercial van to go for $28,950 and $32,500 for the passenger model. Optional safety technologies include Blind Spot Assist, Collision Prevention Assist and Lane Keeping Assist.

To experience the Sprinter Vans from behind the wheel and the Metris as hostiles, we headed to the sensational views of Colorado for a short stay and impressionable experience. Upon landing at La Plata County Airport in Durango M-B turned over the keys to a Jupiter Red 2015 Sprinter 2500 Crew Van with the new Low & High Range 4×4 Package ($6,800), Active Safety Plus Package w/Parktronic ($2,545), the Driver Efficiency Package ($1,485) and much more. In fact, all optional conveniences escalated the $38,270 MSRP to $57,440. My riding partner and I drove for about four hours because we got lost in the Rockies but didn’t mind as the optional 3-liter V6 BlueTEC turbo diesel and 5‐speed automatic transmission ($985) were powerful and efficient. Along with two 4×4 powertrains, the new Sprinter also comes with an elective Super High Roof and Crosswind Assist to keep the van on its path during strong gusts. The base engine is the 2.1-liter 4‐cylinder BlueTEC turbo diesel with the 7G Tronic automatic transmission. The 4×4 came in handy when we stopped for photos and had to traverse off the beaten path for the most optimal view. The audio and Nav system were pretty basic so our ride was quiet as we took in the sounds of Colorado life, especially through San Juan National Forest. Upon arriving to the area we proceeded on gravel for the next 12 miles to Dunton Hot Springs’ main entrance. Magnificent is an understatement! 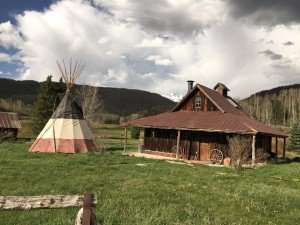 Founded in 1885, Dunton was originally a gold rush mining town. Its peak population reached 300 residents until only two were left after it became deserted. For decades the couple operated it as a cattle ranch while living off the land. The latest rendition of the town was purchased in 1994 and restored over the following seven years. Today the luxurious, rustic escape sits atop 8,700 feet of altitude and substitutes as a haven for those looking to hike, mountain bike or burn campfires in the middle of the mountains. The log cabins look as authentic as 1885, but step inside and you will feel like a high roller. This is why I chose the Metris for my stay. The hot springs are soothing to the skin and satisfying to your soul, especially the featured tub in the meditative bathhouse.

Although the Metris is suited for mostly commercial use, M-B did bring a few Marco Polo camper models over from Europe. The roof extension is actually the bunk and one of two sleeping quarters. In total it can sleep up to four, but only two comfortably. Yet, the van is flexible enough for personal purchases and has an array of configurations. For example, I partially wrote this story from the cabin’s mobile office. Nifty features include front swiveling seats, omnipresent storage pockets and bins, table/desk, sliding rails for various formations, curtains to cover all windows and a cadre of 12 volts. 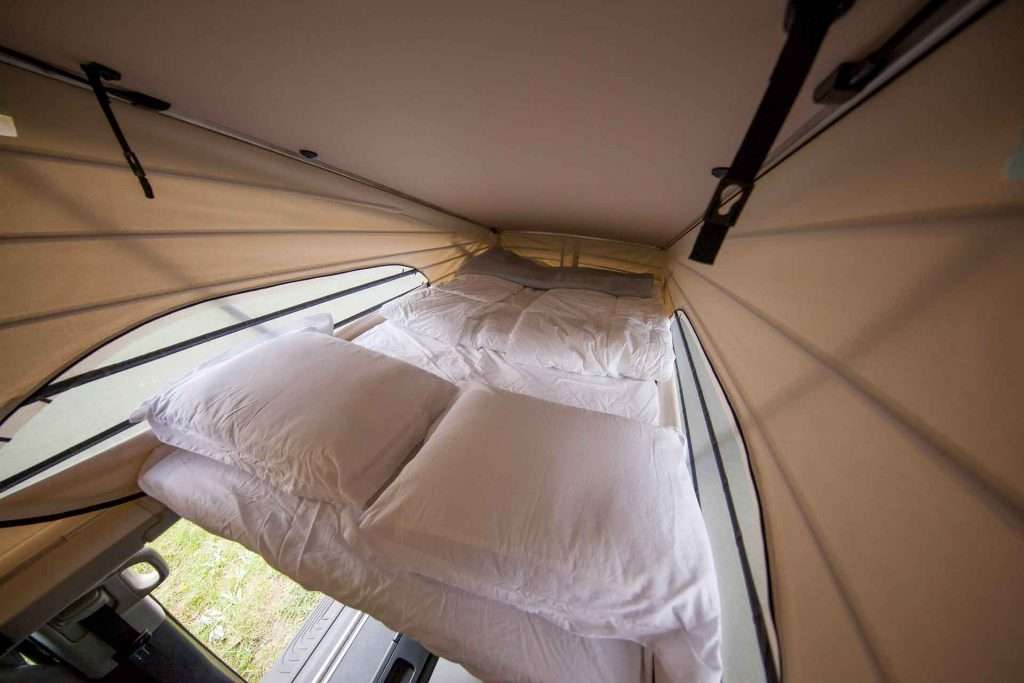 The journey to Colorado was memorable and my fixation on recreational vehicles has increased, especially with the stealthy Overlanding Sprinter by Sportsmobile West. With over 44 floor plans and the ability to design your own studio, the platform is perfect for nomads like myself.