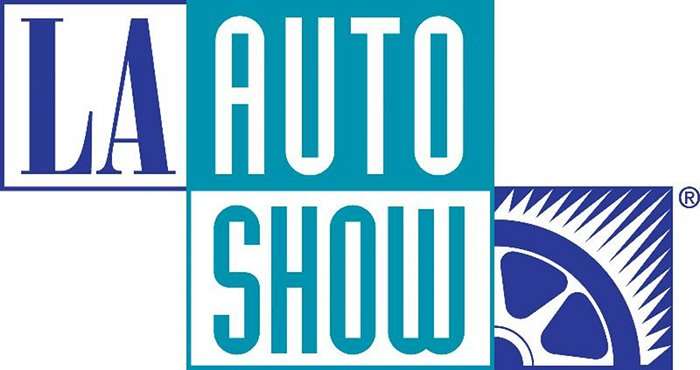 The Los Angeles Auto Show confirmed today that nearly 50 vehicles will debut at the show Nov. 28-29 when it opens for Press Days and Nov. 30-Dec. 9 for the public. Just two weeks away, the show will feature world debuts ranging from electric vehicles to performance and luxury designs from a global array of the world’s top automakers. The number of debuts and strong representation from the world’s key auto manufacturing regions underscore both the rebounding strength of the industry as well as the importance of the Show as a launch venue.

The debuts also include the latest in-car technologies as well as highlight fuel-efficient, hybrid, electric and alternative fuel vehicles, demonstrating that green continues to be a dominant shade of innovation in the industry. Overall, there will be two dozen all-electric or plug-in electric models at the Show, at least a dozen clean-diesel vehicles and nearly 20 vehicles achieving 40-plus mpg with highly advanced four-cylinder gasoline engines. Coverage of these technology-laden vehicles promises to be extensive thanks to a total of 25 planned press conferences and media registered from over 50 countries.

“The auto industry in North America is experiencing its best annual sales rate since 2008, and this positive growth can clearly be seen in the number of debuts, broad range of vehicles and transformative technologies on display at the show,” said Andy Fuzesi, general manager of the LA Auto Show.

The upcoming year looks to be a banner year for vehicle efficiency. According to AutoTrader.com, total shopper interest for alternative fuel and highly fuel-efficient models is up 54 percent so far in 2012. This year’s LA Auto Show reflects this trend and will host significant debuts across all green categories. This year’s Show will feature the debut of Fiat’s first electric vehicle, the 500e as well as the first all-electric vehicle for General Motors with the Chevrolet Spark EV, also making its world debut. Ford is moving strongly into the category as well with multiple new releases including the 2013 Ford C-MAX Energi plug-in hybrid, the Fusion Energi plug-in, the Focus Electric and an undisclosed world debut. Honda will also debut its new Accord plug-in hybrid.

Other show debuts represent virtually every popular segment on the road today, and include compact performance unveilings such as the world debut of the North American version of the 5-passenger Fiat 500L. Mini USA will also compete in this segment with the North American debut of the Paceman and the Clubvan. Another big statement will come from Volkswagen, which will have the 2013 Beetle Convertible on hand for its world debut. Asian automakers have also chosen LA as the ideal venue for multiple unveilings. Hyundai will debut a longer, seven passenger version of its Santa Fe crossover along with an as yet undisclosed world debut, while Honda also has a mystery world debut planned. More unrevealed world debuts are planned by Nissan, Toyota and Subaru. The Mazda6 mid-sized sports sedan will have its North American debut at the Show while Kia will present the Forte sedan for its world debut. The 2014 Mitsubishi Outlander will also be making its North American debut with enhanced fuel-efficiency and advanced safety technologies including a lane departure warning system.

In addition to the notable debuts this year, there will be a Press-Days only showcase highlighting the transformative technologies increasingly embedded in these vehicles. Dubbed the Advanced Technology Showcase and presented by the Auto Alliance, an industry trade group, the focus is on the expanding list of applications and solutions now being designed into vehicles that make drivers safer while more connected. An Auto Alliance poll shows that about 6 out of 10 consumers are interested in getting driver assist technology when they purchase their next vehicle. These systems are increasingly as important to car buyers as conventional metrics such as horsepower and miles per gallon.

About the Los Angeles Auto Show
As the first major North American auto show of the season, the 2012 LA Auto Show will host some of the industry’s most important new vehicle debuts and set the tone for the rest of the year. The dates are Nov. 28 and 29 for press and Nov. 30 – Dec. 9 for the public. The last day to register for press credentials online for pick up at the Show is Nov. 16. Following Press Days, the show becomes one of the best attended public auto shows in the world. To receive the latest show news and information, follow the LA Auto Show on Twitter at twitter.com/LAAutoShow, visit the Facebook page at facebook.com/LosAngelesAutoShow and sign up for alerts at LAAutoShow.com.