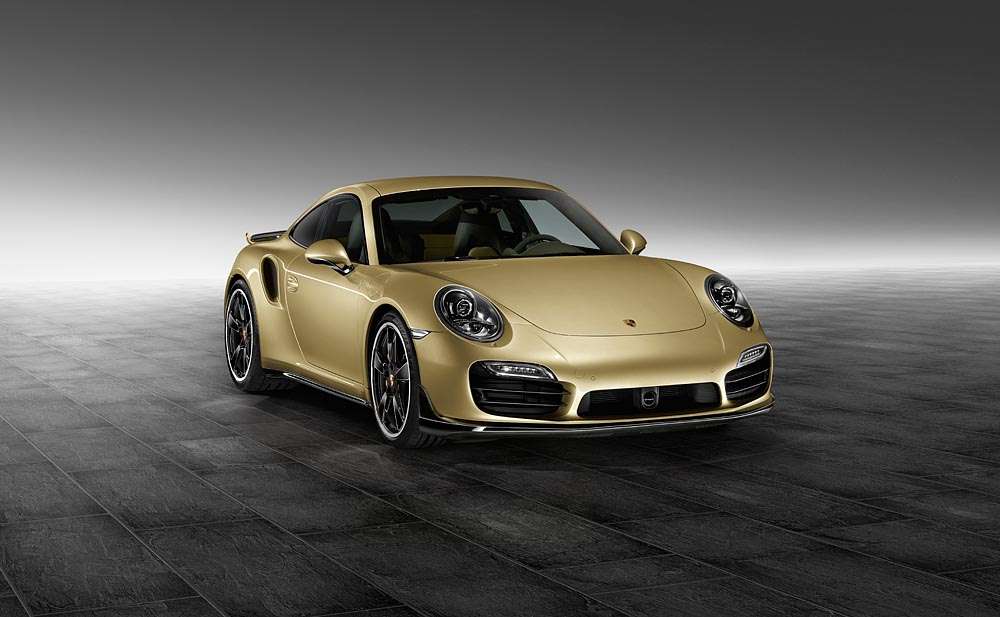 Porsche Exclusive is now offering an Aerokit for the Porsche 911 Turbo models. This performance package includes a new, distinctive front spoiler and a completely redesigned rear deck lid that has a fixed rear spoiler with side winglets while maintaining the automatically adjusting rear wing. The expressive front spoiler with side fins and the striking rear fascia add even more character and sportiness to the car’s traditional 911 Turbo silhouette.

Along with an attractive look, aerodynamic function was also a top priority during development. The “Aerokit Turbo” underwent extensive wind tunnel testing and test drives on the test circuit at the Porsche Development Center in Weissach, Germany. The key goal in its development was to improve driving dynamics by further increasing downforce, while preserving the same coefficient of drag as the standard equipment. This ensured the proper integration of the flow-optimized Aerokit into the harmoniously balanced overall concept of the high-performance 911 Turbo models. For example, the aerodynamic components of the “Aerokit Turbo” generate even more downforce at the front and rear axles, which increase driving stability, particularly at high speeds. For instance, the total downforce generated by the 911 Turbo adaptive aerodynamics at 186 mph on the track was increased by 37 lbs, to 57 lbs, in the Speed setting, and by 40 lbs, to 331 lbs, in the Performance setting. 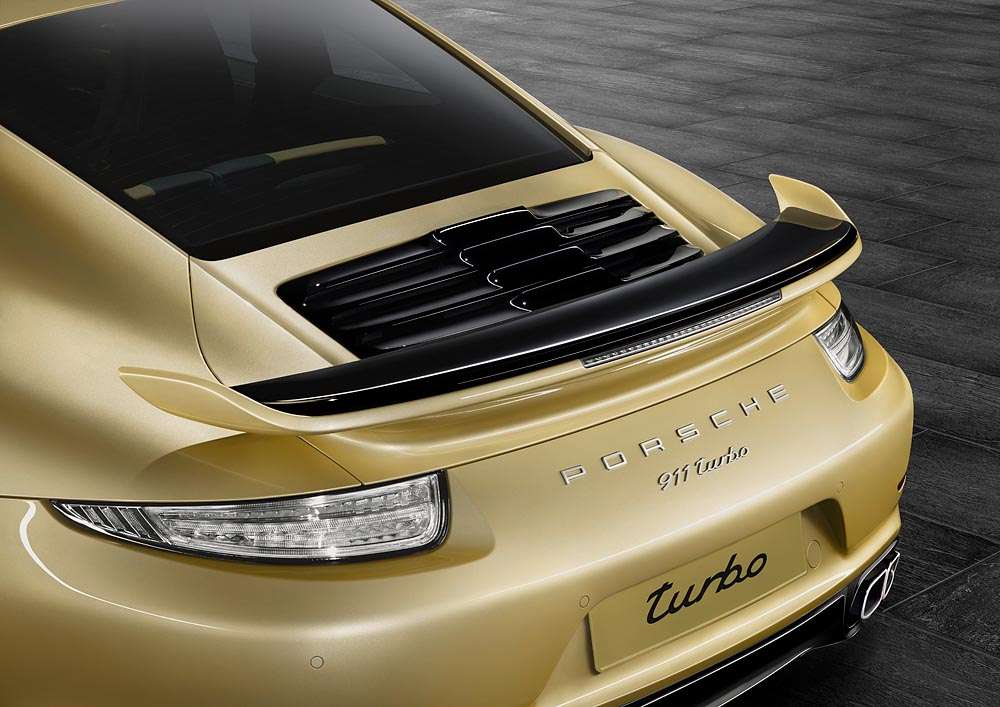 Customers can order one of two versions of the “Aerokit Turbo” – in the car’s body color or in high-gloss black. In addition to the Aerokit add-ons, the standard side skirts and rear fascia are also painted. In the black version, the air intake cover on the rear lid is also painted black to match the retractable rear wing.

The Aerokit will be available on all 911 Turbo and 911 Turbo S models worldwide via Porsche Exclusive, or it can be retrofitted by Porsche Tequipment. The “Aerokit Turbo” can now be ordered from Porsche Exclusive when ordering a new car at the MSRP of $6,950. Aerokit retrofitting will also be offered by Porsche Tequipment through participating authorized Porsche dealers, with an MSRP of $6,886 (excluding paint finish, assembly, and installation). All provisions of the vehicle warranty remain in force in the case of retrofitting of the genuine Porsche Tequipment component at an authorized Porsche dealer.