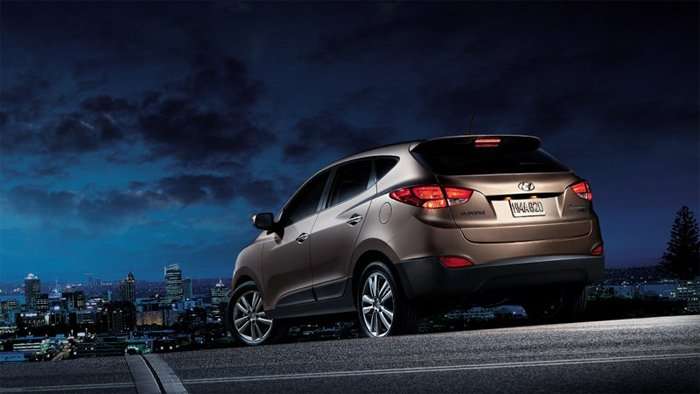 General Motors has improved considerably, though Honda and Toyota still dominate in the latest predicted-reliability Ratings of new cars, according to Consumer Reports 2010 Annual Auto Survey. Eighty-three percent of Chevrolets, GM’s major brand, now have average or better scores in predicted reliability, up from 50 percent last year. The results were announced today at an Automotive Press Association luncheon in Detroit.

While some GM nameplates had been among the least reliable brands in past years, they now rank above some major European competitors such as Audi, BMW, and Mercedes-Benz. Two factors are aiding GM’s reliability improvements. First, GM’s recent introductions, such as the Chevrolet Camaro and Equinox, Buick LaCrosse V6 (FWD), and Cadillac SRX, are proving reliable from the time they were launched. In addition, GM shed many models with subpar reliability when it shut down the Saturn, Pontiac, and Hummer brands. Even some older models, such as the Chevrolet Avalanche, Corvette, and Suburban have improved to average.

As a company, GM is still a ways from the top when it comes to reliability— the major Asian automakers, including Honda and Toyota, are still out in front. Among the three domestics, Ford continues to build the most reliable vehicles. Chrysler lags behind both GM and Ford.

Still, GM made the most progress of the three domestic manufacturers in this survey. Across GM brands (Buick, Cadillac, Chevrolet, and GMC), 69 percent of models had average or better reliability. Cadillac improved the most, rising seven places from last year’s ranking. Chevrolet had its best showing in years; 83 percent of models had average or better scores in predicted reliability, up from 50 percent.
In the new survey, based on 1.3 million vehicles, ninety percent of Fords, including Lincoln models, have at least average reliability. As a brand, Ford now outranks Mazda and Nissan and ranks just below Lexus. Its quality renaissance has been led by the Fusion, a design that has been very reliable since its debut five years ago. Ford vehicles are tops for reliability in two categories: family cars (Fusion Hybrid) and large SUVs (Ford Flex EcoBoost).

“General Motors and Ford have taken different paths to improving reliability,” said David Champion, senior director of Consumer Reports Auto Test Center. “Some of GM’s redesigned vehicles have scored well. The company has also dropped many of its below-average models. Ford has put its emphasis on fine-tuning existing platforms and limiting the number of new-model introductions.”
Chrysler Corporation hasn’t shared in the success of the other Detroit manufacturers. The Chrysler, Dodge, and Jeep brands are saddled with dated models. Twelve of the 20 models that CR had sufficient data for rate below average in reliability. None of Chrysler Corporation’s models score above average.  With Fiat’s acquisition of Chrysler, many of its products will either be replaced or redesigned in the near future.

Asia Still Dominates:
Despite recent safety recalls, Toyota models, including those from Scion and Lexus, remained among the most reliable and earned top scores in five vehicle categories: small cars (Yaris), midsized SUVs (FJ Cruiser),  luxury SUVs (Lexus LX), minivans (Sienna V6, FWD), and full-size pickups (Tundra V6). Only the all-wheel-drive Lexus GS and the new Lexus IS 250 convertible are below average. The redesigned 2010 Toyota Prius, hurt by antilock brake problems on early vehicles, scored only average. That is quite a drop from previous years.

Hyundai and Kia continued to do well, with only one model, the Kia Sedona minivan, rated below average. All six new models for 2010 (Hyundai Genesis Coupe, Sonata, and Tucson; Kia Forte, Sorento, and Soul) had average or better reliability, an impressive first-year showing.

Nissan’s mainstream models scored well. The Altima and Maxima sedans; the Murano and Pathfinder SUVs all rated average or better in predicted reliability.  The Titan had shown improvement in the last year or two, but both 2WD and 4WD versions have once again dropped to below average reliability. The small Nissan Cube had a below average score in its first appearance in Consumer Reports survey. The Infiniti models were all average or better

Subaru had a good record overall, with a top rating going to the four-cylinder Legacy sedan and the non-turbo version of the Forester SUV. The WRX was the only model that rated below average.

Europe’s Bumpy Road:
While European reliability had been improving, momentum seems to have stalled. All Porsche and Volvo models are rated average or better. But Audi, BMW, and Mercedes-Benz are among the worst automakers overall in terms of reliability.

BMW had a bad year, with five of its 11 models scoring below average. While the BMW M3 topped the sporty cars category, the 1-, 3-, and 5-Series models with the 3.0-liter turbocharged (N54) engine had high problem rates related to the fuel system, among other gripes.

Six of Mercedes-Benz’s 13 models were below average, and the GLK SUV was far below average. However, the redesigned E350 sedan was above average, a promising start. The new E-Class coupe, a wholly different car from the E-Class sedan, languished in the bottom ranks.
Nearly th
ree-quarters of the Audi models Consumer Reports analyzed were below average. The A6 with the new supercharged 3.0-liter V6 was tied with the Jaguar XF for the worst new car prediction score. Volkswagen did better, with its Golf, formerly the Rabbit, doing very well and the various Jetta models scoring average or better.

The Porsche Boxster has the best predicted reliability score in Consumer Reports survey, while the Audi A6 3.0T and Jaguar XF have the worst.

Consumer Reports Auto Reliability Survey Details:
Findings are based on responses on 1.3 million vehicles owned or leased by subscribers to Consumer Reports or its Web site, www.ConsumerReports.org. The survey was conducted in the spring of 2010 by Consumer Reports’ National Survey Research Center and covered model years 2001 to 2010.

Consumer Reports’ expert team of statisticians and automotive engineers used the survey data to predict reliability of new 2011 models. Predicted reliability is Consumer Reports’ forecast of how well models currently on sale are likely to hold up. To calculate predicted-reliability ratings, CR averages the overall reliability scores (used car verdicts) for the most recent three model years, provided that the model remained unchanged in that period and also didn’t substantially change for 2011.  If a model was new or redesigned in the past couple of years, one or two years’ data may be used, or if that’s all that’s available. On rare occasions Consumer Reports make predictions for a newly redesigned model, but only if previous versions had outstanding reliability.

Consumer Reports Annual Auto Survey Reliability Ratings are unrelated to Consumer Reports vehicle road-test results, but are a key f
actor in determining whether or not Consumer Reports recommends a car. CR onl
y recommends models that have performed well in tests conducted at its 327-acre Auto Test Center in Connecticut, and that have average or better predicted reliability based on its annual survey.  In addition, vehicles must perform at least adequately in government or insurance-industry crash and rollover tests, if tested, and have electronic stability control (ESC) readily available in a mainstream high-volume trim line in order to be Recommended by Consumer Reports.

Full reliability history charts and predicted-reliability ratings on hundreds of 2011 models, plus a list of what’s up and what’s down, best and worst models, and a comparison chart of brands can be found online at www.ConsumerReports.org, in the December issue and in the latest Consumer Reports Cars publication, Best & Worst New Cars for 2011($7.99 U.S./$8.99 Canada), on sale November 16, 2010 everywhere magazines are sold.