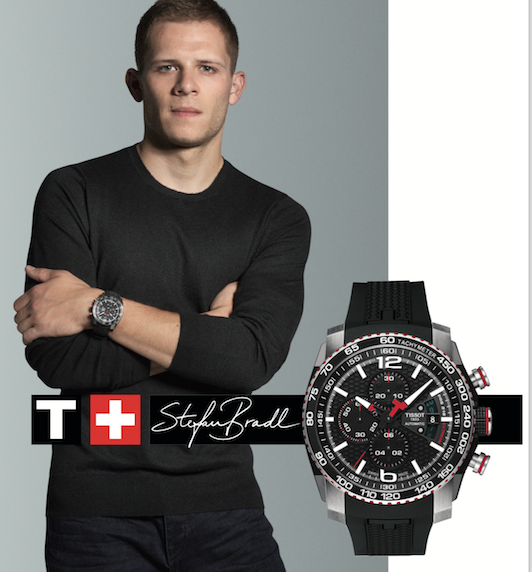 Also, MotoGP star Stefan Bradl, will visit the Tissot tent for a meet-and-greet with fans on Saturday, April 9 at 3:45 PM. For more information, visit Tissot at the Grand Plaza.

Tissot is a multi-layered brand with many different facets as multispecialist. That is something it has in common with its long-term partner MotoGP. MotoGP is not only about the races, but also the bikes, the athletes, the fans and of course the timing. Together, Tissot and MotoGP use the latest technology and an innovative spirit to achieve their goals. The Tissot T-Race MotoGP Automatic Limited Edition 2016 is a great example of this and speaks to Tissot’s long standing relationship with the international race series. It features a carbon effect dial, on top of which various anthracite details give it its rich design.

The Tissot T-Race MotoGP Automatic Limited Edition 2016 has the precision heralded by the race’s Official Timekeeper. Illustrations of the bikes can be seen with the counters resembling the bike dashboard, a brake-disk bezel, and tire tread on the back of the bracelet. A see-through caseback with the wheel shape means the inner workings of the well-crafted Swiss timing can be easily admired. The indices and Super-LumiNova on the hands keep the sporting theme strong, while the flashes of red in the stripes and on the chronograph hands hint at the passion that goes into every single Tissot watch and the racers on the circuits. 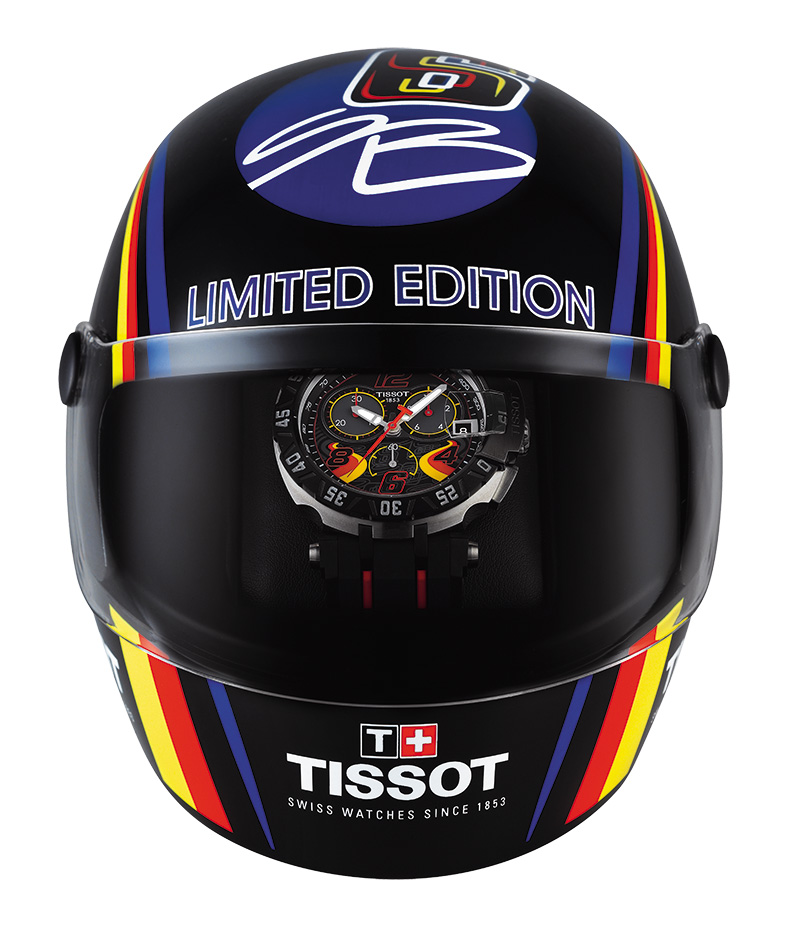 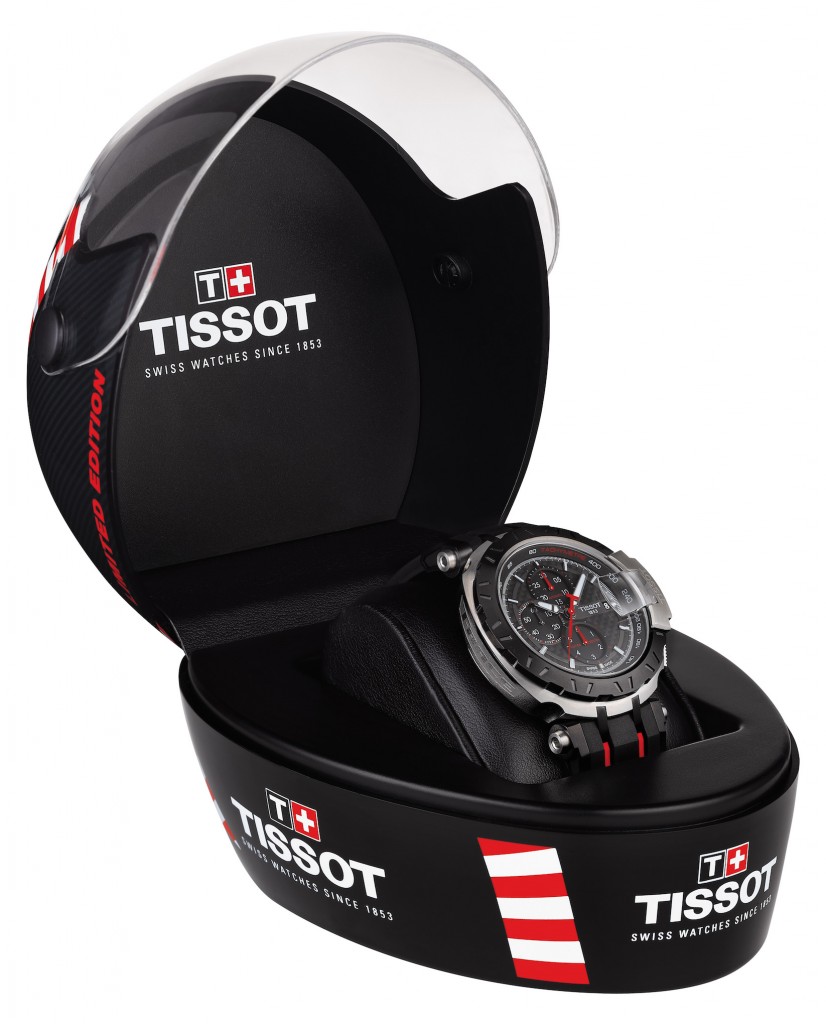 The son of a former Grand Prix rider, German Stefan Bradl started racing in the 125 class in 2006, placing fourth overall in 2008. He moved to Moto2 in 2010, and won the class in 2011, beating Marc Marquez for the title at the final race at Valencia.

Bradl made the jump to MotoGP in 2012, and has always been in the running. He finished 18th in 2015. After nine races, Bradl was released from his contract at Forward Racing and took on a new challenge by joining the Factory Aprilia Racing Team Gresini for the second half of the season. Bradl will stay with the Aprilia factory team in 2016, riding an all-new prototype machine.

“The 2016 season will be a big challenge because the MotoGP championship has had a few rule changes,” Bradl says. “It´s going to be very interesting for everybody to see the potential. For me it is an even bigger challenge, as Aprilia brings out a new bike for this season. So I´m looking forward to developing the bike to a good level and I hope to achieve some good results as soon as possible. The goal this year will be to get stronger every race. Our project with Aprilia is in the very beginning. Sure it is a big challenge and a really hard competition, but I hope we can fight for a position in the top 10.”

Bradl has been a watch lover for as long as he can remember. “I´m proud to work with Tissot,” he says. “Since I was a little kid, I have been addicted to watches. With Tissot as Official Timekeeper of the MotoGP, the partnership is simply perfect for me. My favorite watch is, of course, the Tissot T-Race Stefan Bradl Limited Edition. But I also wear the Tissot T-Touch Expert Solar a lot.”