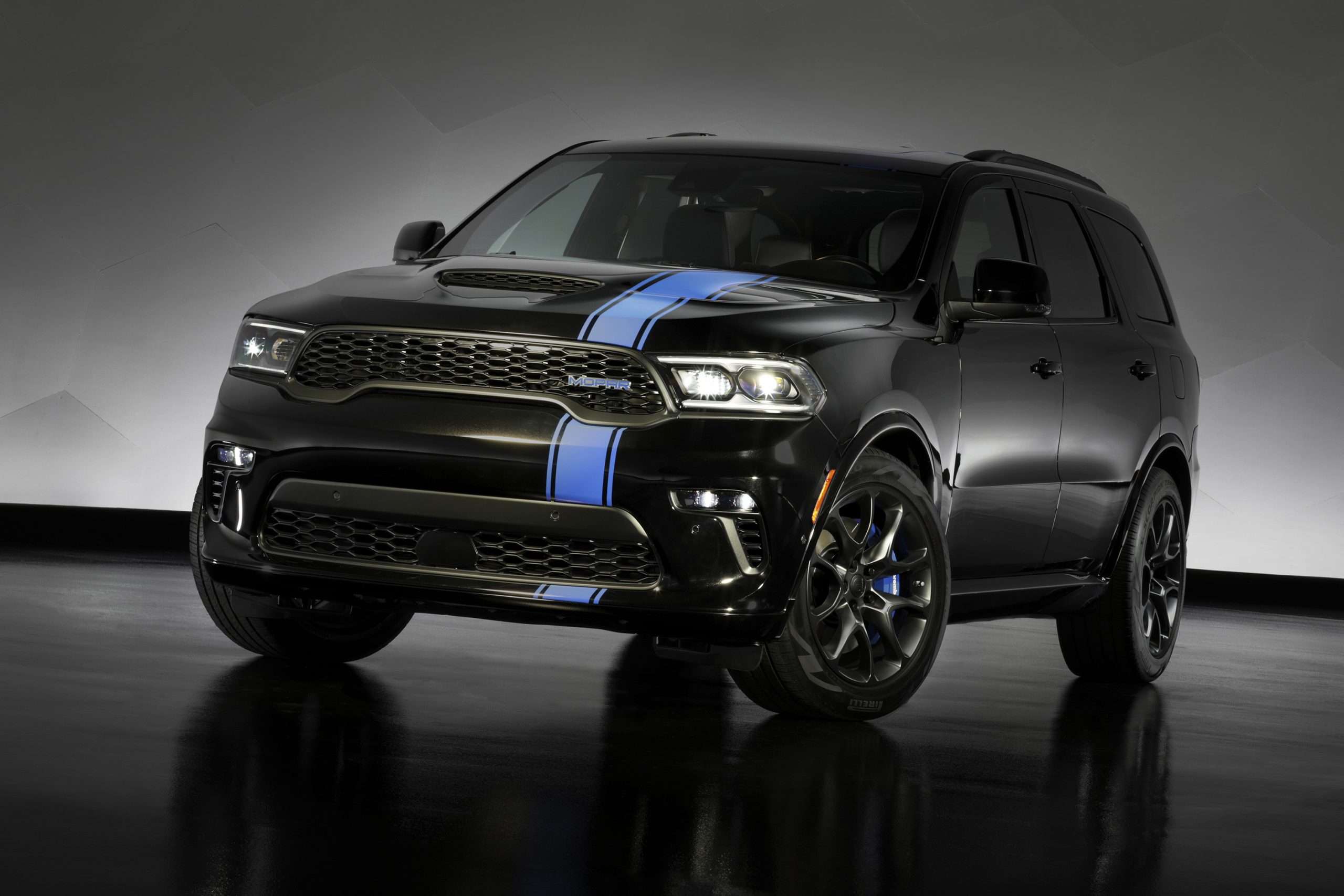 Mopar is at it again. Building upon more than 10 years of low-volume, factory-backed vehicle customization, Mopar just announced a new limited-production vehicle featuring a special-edition package from the Mopar Custom Shop. Dubbed the Mopar 2022 Dodge Durango, the new performance SUV will be on display Nov. 2-5 at the SEMA Show and will arrive in 2022 in conjunction with the 85th anniversary of Mopar.

The Dodge Durango continues to demonstrate its proven performance with a combination of uncompromised utility, advanced technology, class-leading towing, confident driving dynamics and iconic styling. With the ability to seat up to seven in its three rows of seats, the Durango maintains its claim of being a family-friendly SUV equipped with Dodge muscle car attitude.

“Our new, limited-edition Mopar ‘22 Durango features exclusive Mopar performance parts and accessories.’” said Mark Bosanac, North America vice president, Mopar Service, Parts & Customer Care. “Unlike any other aftermarket offerings, our performance parts and accessories are jointly developed and quality tested with the product engineering team and they are backed by the factory.”

Available exclusively on the 2022 Dodge Durango R/T AWD with the Plus Group and Tow N Go Package, the Mopar ‘22 Durango includes exterior and interior features only available on this limited-production, Mopar-branded performance SUV.

Available in DB Black or White Knuckle, the exterior of the Mopar ‘22 Durango stands out with exclusive features, including:

Inside the driver-oriented cockpit of the Mopar ‘22 Durango, exclusive appointments include:

The Mopar ‘22 Durango is powered by the legendary 5.7-liter HEMI® V-8 engine rated at 360 horsepower and mated to the standard TorqueFlite eight-speed automatic transmission.

Each buyer will receive a Mopar ’22 owner kit that features a custom-made, personalized metal certificate of authenticity with serialized vehicle-build number and a special rendering of the vehicle by the Mopar Design team.

Dealer orders for the Mopar ‘22 Durango will be available in the first quarter of 2022 with vehicles slated to arrive in select Dodge dealerships in the U.S. and Canada in summer 2022. Production is limited to 250 units – 200 vehicles for the U.S market and 50 vehicles for Canada. The U.S. manufacturer’s suggested retail price for the exclusive Mopar ’22 Special Edition Package is $3,995.

The Mopar ’22 Durango joins an exclusive club as the 12th limited-edition, Mopar-modified vehicle delivered straight from the factory.

Next year marks the 85th anniversary of Mopar. A simple contraction of the words MOtor and PARts, Mopar offers exceptional service, parts and customer-care. Born in 1937 as the name of a line of antifreeze products, Mopar has evolved over nearly 85 years to represent both complete vehicle care and authentic performance for owners and enthusiasts worldwide. Mopar made its mark in the 1960s during the muscle-car era with performance parts to enhance speed and handling for both on-road and racing use. Later, Mopar expanded to include technical service and customer support, and today integrates service, parts and customer-care operations in order to enhance customer and dealer support worldwide.