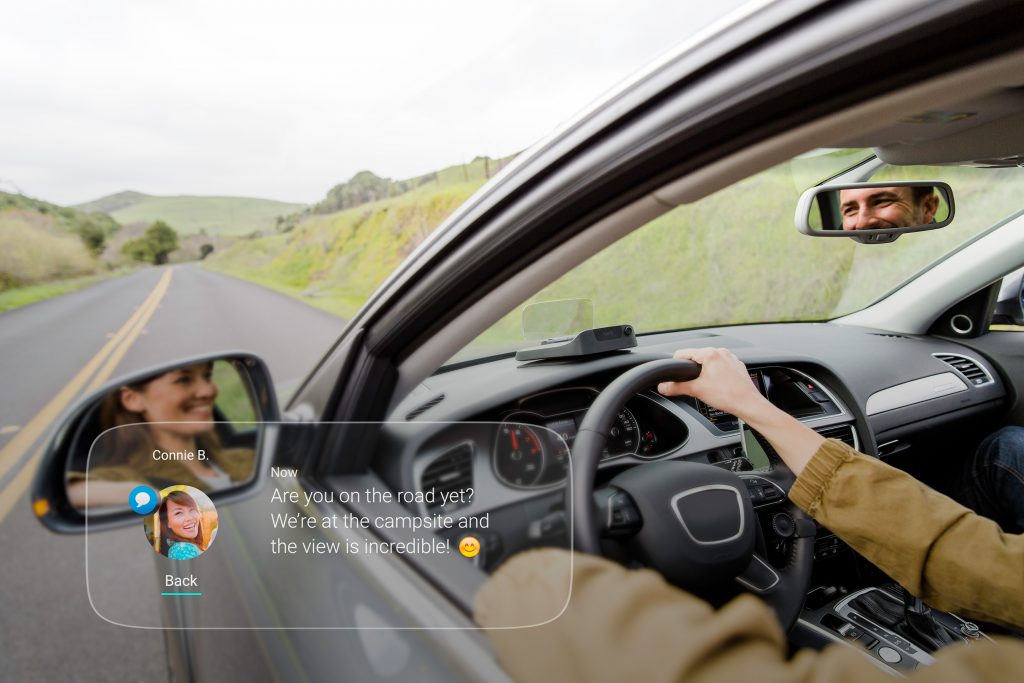 Today’s society is infused with an inordinate amount of digital technology, cloud-based connectivity, advanced telematics, and mobile apps to help reduce the clutter of confusion in both your social life and the workplace. Yet, it is often challenging and most often confusing narrowing down the choice of devices and innovations that will align with your specific, behavioral needs. From meeting friends at obscure locations or navigating your vehicle through intense traffic on unknown roads there is always a need for simplification. Well, welcome to the world of Navdy, a portable Head-up Display and corresponding smartphone app to keep you on point!

Retailing for $499, Navdy Head-Up Display (HUD) is a replacement or solution for individuals who want advanced phone functionality while driving that will commingle their destinations, contacts, settings, social media and apps whether it’s Spotify or WhatsApp. Many automakers provide versions of such services through multimedia and infotainment interfaces such as Audi’s MMI, BMW’s iDrive, Chrysler’s Uconnect or Kia’s UVO but of course you would need a newer vehicle and possibly have to pay for the option if it is not standard. However, many of the features are consigned to the system’s individual center screen and not reiterated directly within your line of site on the Head-up Display. Or maybe you own an older model vehicle and have no other choice but to seek an aftermarket solution. No worries because this is where Navdy enters the scene.

The device consists of three components including the Navdy display itself, a steering wheel mounted Navdy Dial and of course the free downloadable Navdy app for iPhones or Androids. I had to install HUD myself since my hometown in Maryland was out of the company’s installation area. The process was simple and only took 15 minutes to set up on Automotive Rhythms’ 2012 Audi Q7 SUV. The mount sits atop the dash over the steering wheel and stays in place with included 3M adhesives. Then I connected Navdy to the Q7’s OnBoard Diagnostics port (OBD) for power and information accessed from the vehicle. For example, drivers will be alerted when it’s time to refuel and advised to vehicle speeds since it clocks mph, which is very helpful with the advent of speed cameras and automatic tickets. Navdy magnetically meshes with the mount base and projects data on a folding glass screen. Both Navdy and the Navdy Dial pair with your phone through Bluetooth.

The first observation was to explore the attributes of the navigation which is powered by Google. I only use Google Maps with my iPhone 6 so I was already accustomed. Within the Navdy phone app I inputted the first address. Henceforth, it will automatically suggest or recall locations when you begin typing in a location. For example my wife and I were looking for The Jerk Pit which is a Caribbean restaurant that serves our favorite, spiced veggie dishes in College Park, MD. The Jamaican eatery immediately popped up after typing in the first few letters. You can also find destinations via Navdy’s new voice control feature, so you don’t need to touch your phone while driving. On the glass screen you will see your vehicle as a white triangle, the route is hued in baby blue, and the corresponding streets are white. The graphics are clear, colorful and not cartoonish like you find on many units. The app also allowed me to store my favorite locations and contacts. I haven’t used car navigations in years so it felt good operating from a stationary set-up opposed to looking down at my phone. 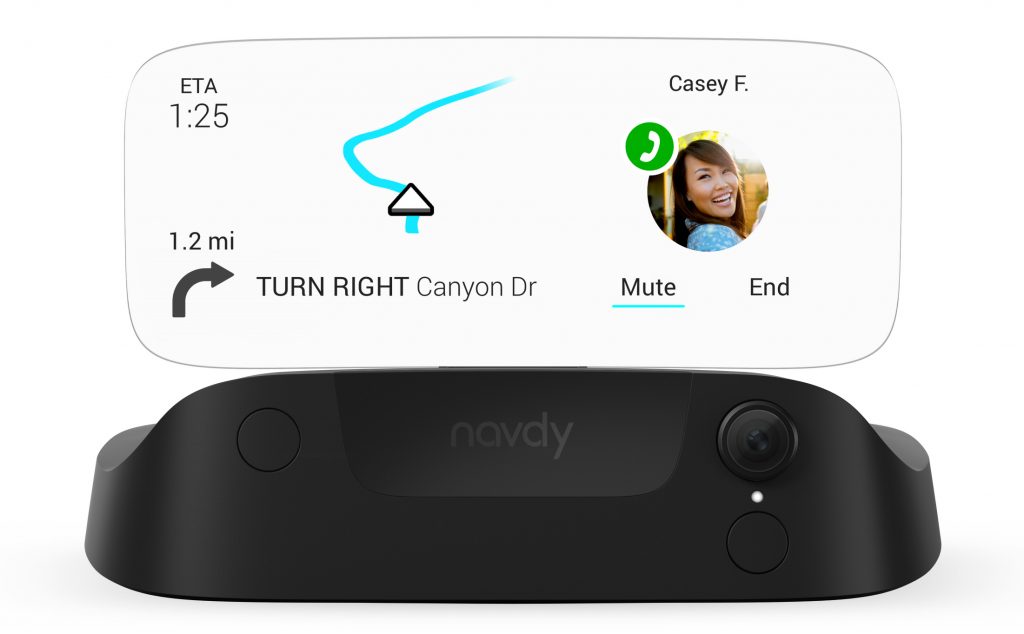 The HUD also recognizes “gestures” to control the menu for incoming calls, glances and more. I swiped my hand left to answer calls and right to ignore or dismiss them. To the right of the map you will see an image and number of the person ringing you. The setting on the app has to be turned on first (Allow Glances). You can also wave to read or have a text message read aloud when you receive a notification. A Glance could be a map indication such as impending traffic, Facebook and twitter notifications, fuel alerts, your music, calendar appointments or email messages. There is also secondary menu of Glances that alert you (if selected) to various items on your phone such as CNN breaking news or Sports Center scores and headlines. Though, I preferred using the Navdy Dial as my central control center. The latest BMW 7 Series and 5 Series have a Gesture feature and I tried it once but never again. The dial can be used to zoom in and out of the navigation display, select music and answer calls. And don’t worry about losing a signal since Navdy will still navigate since it is embedded with their very own, highly accurate, built-in GPS Antenna, offline maps for precise vehicle location information and of course Google which was a very smart partnership agreement.

Siri and Google Now are also at your disposal for added commands and services. As you can see we had a ball of technological fun with Navdy Head-Up Display and will continue to do so. I love when smart companies simplify some of the complexities of life. For more information or to purchase please visit www.navdy.com and keep your eyes on the road!