The Koreans aren’t coming, they’re here: No longer good for the price, they are just good! 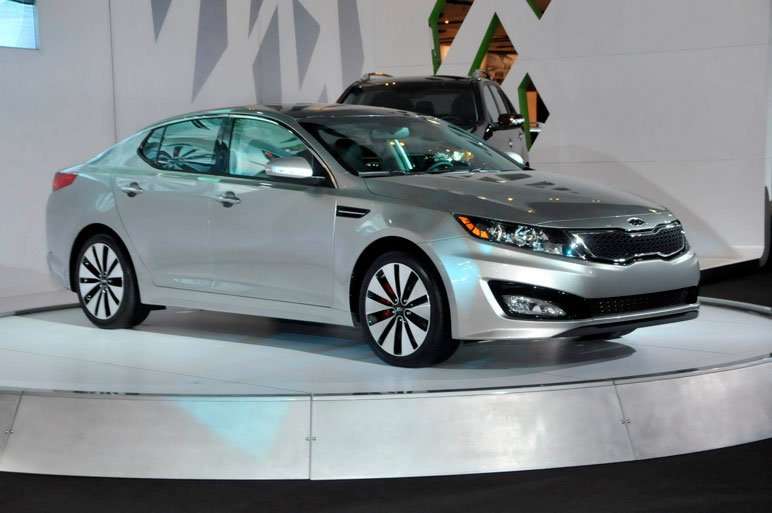 New York City – As the automotive show scene begins to return to past pleasures, there are new clouds of concern for some manufacturers. Manufacturers, with good reason, are looking with some trepidation towards the Korean’s displays. While people weren’t surprised when these brands, noted for “value,” did well in bad times, the quality and capability of these cars and the new models being launched is scary indeed to those who must compete directly.

Kia was the scariest introducing four new products.  Yep, cars which are actually going to be sold, not bragged about and hyped for three or four years – which seems to be what the Americans are doing. One show, one press conference, and more new product from Korea than any American company has introduced in a couple of years.  But here’s the important part, the game-changer. Korean cars are good. Not good for the price, but good going straight at any competition. This is a new reality, accept it.

The sea change for Kia started last year with the Soul and the Forte. Both are attractive and capable cars that compete – and in the case of the Soul, almost define, their classes. Then Sorento was a quality redo of their crossover offering and has been Kia’s best seller since going on sale in January. Now Kia’s adding the Sorento SX – which is lower and more aggressive model. The bigger news is their all-new small ute/crossover, the 2011 Sportage. It is now the best looking offering in this class. It is longer and wider, powered by a 2.4-liter four cylinder engine generating 176 hp. That’s pretty standard, what you expect. But it puts the power through a six-speed transmission and a little later you’ll be able to get it with a six-cylinder turbocharged engine in both the front- and all-wheel versions. Kia’s Forte sedan gets a five-door sibling to broaden that model line.

But the big deal, the one causing wide eyes, is the new Kia Optima. This mid-sized vehicle is three inches longer than the previous model and gorgeous. That’s right, not cute, not attractive, hot! It’s got plenty of technology and fun stuff, as well as either a 200-hp gas-injected four-cylinder that gets 24 mpg city and 35 mpg highway. For more excitement, a turbocharged direct gas injected V6 that generates 274 hp. is coming, and there will even be a hybrid along next year.

So Kia really is aiming high. The Optima will be the eighth model introduced since last March, in the depth of the financial collapse of the auto market.

Hyundai revealed the production version of their entry into the full-size luxury sedan market. Thankfully, they lost the hood ornament but added in even more items of decadence. We already knew that the 385-hp 4.6-liter V8 engine was a winner. The six-speed ZF automatic should provide velvety-smooth shifts, and a 16-city/24-mpg highway rating is very competitive.  But being priced between $50,000 and $60,000 is what will upset the balance of power in much the same way the Lexus LS400 did when it burst onto the scene in 1989. Hyundai promises to offer new luxury experience to the Equus buyers, including an electronic tablet that serves and an owner’s manual, and can even remind you when the car needs its next service.

Hyundai also showed two new models of their hot-selling Sonata.  The 2.0t boasts a 2.0-liter engine with a twin scroll turbocharger and direct fuel injection. This results in 274-hp and 269 lb-ft of torque; and it manages to achieve these impressive outputs on regular grade gasoline. Speaking of which, the 22-city/34 mpg EPA highway rating means you don’t have to sacrifice good fuel mileage to get a powerful engine. The Sonata hybrid uses lithium Polymer batteries and boasts a remarkable 0.25 coefficient of drag. It has 209-hp, can run on electric-only at speeds up to 62-mph and receives a 39 highway and 37 city mpg rating.

With Hyundai and sister-company Kia taking different directions in the marketplace, it’s clear the Korean’s aren’t leaving anything to chance: they’re challenging across the board.

Should other manufacturers be scared? No, they should be working very hard to match the creativity, capability and great designs that are coming out of Korea.