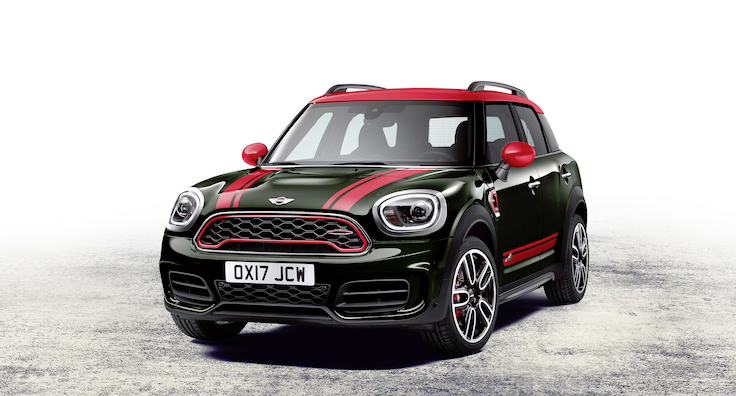 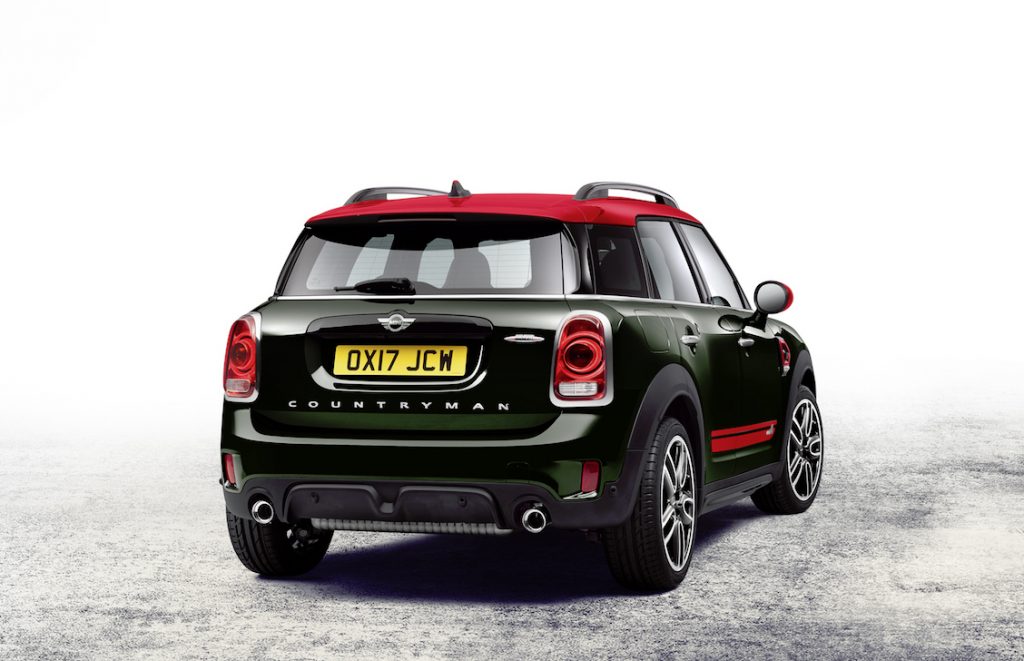 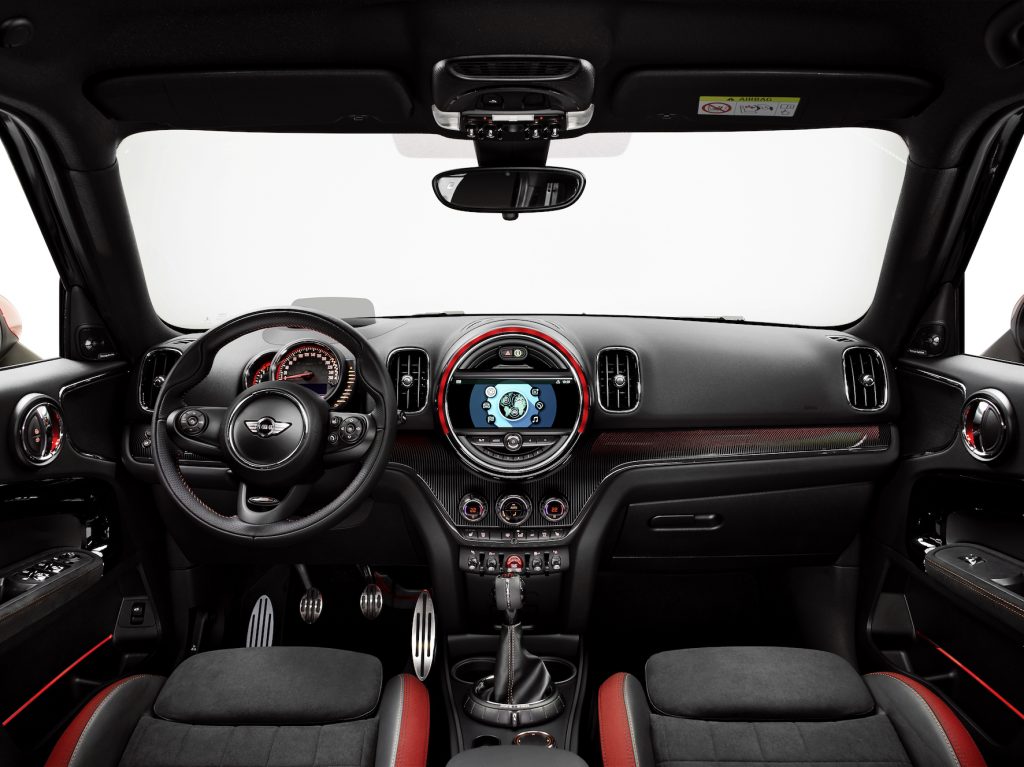 Central instrument with touchscreen, MINI Find Mate and MINI County Timer.
Other options include the Harman Kardon hi-fi audio system, and an 8.8-inch touchscreen navigation system. The touchscreen navigation system also comes with the Touch Controller in the center console and MINI Find Mate, one of the latest digital services to be added to MINI Connected. MINI Find Mate consists of two tags with a wireless Bluetooth tracking function that can be attached to commonly used objects and travel items, enabling them to be conveniently located via MINI Connected. If the tag is located outside the wireless range, the most recently registered position is displayed on the on-board computer and on the driver’s smartphone. As soon as the smartphone or vehicle moves back into the tag’s wireless range, the tag can be activated and acoustically located.
MINI Connected, the digital personal mobility assistant.
The new MINI John Cooper Works Countryman also demonstrates fascinating performance and great versatility in the area of connectivity. Going beyond the familiar functions of an in-car infotainment program, MINI Connected acts as a personal mobility assistant in the top athlete of the model range, too. Based on a flexible platform, the Open Mobility Cloud, MINI Connected integrates the vehicle seamlessly into the MINI driver’s digital life via touchpoints such as the Apple iPhone and Apple Watch.
Thanks to the integral concept of MINI Connected, mobility doesn’t start in the vehicle. MINI Connected informs the driver of the optimum departure time based on calendar entries and current traffic data. Address data and appointments saved by the driver previously on a smartphone via MINI Connected are automatically transferred to the car and do not have to be entered in the navigation system again. MINI Connected can also save regularly visited places as favourite destinations, and it detects frequently covered routes such as the daily run between home and work so as to be able to inform the driver in the event of unexpected traffic delays.
PrevPreviousMICHELIN INTRODUCES PILOT SPORT 4 S TO NORTH AMERICAN MARKET AT NAIAS
NextSecond Annual “ART-of-Motion” Exhibit: 2017 Washington Auto ShowNext