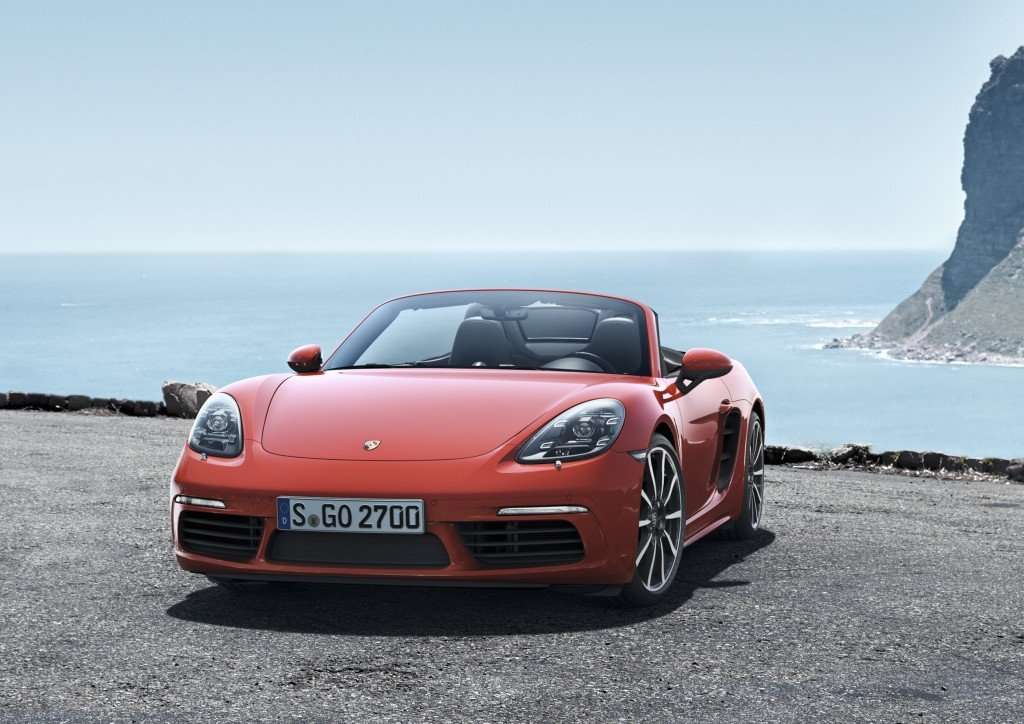 35 more horsepower and up to 36 percent more torque

Twenty years after the first Boxster made its debut, Porsche is introducing the latest generation of its mid-engine roadsters featuring more power, greater fuel efficiency, and further improved handling. The new models are named 718 Boxster and 718 Boxster S, paying homage to the flat-four cylinder engines that were used in the mid-engine Porsche 718 sports car which won numerous races back in the late 1950s and early 1960s.

The centerpiece of the latest model range is the newly developed, turbocharged flat four-cylinder engine. The 718 Boxster generates 300 horsepower from two liters of displacement, while the 718 Boxster S uses a 2.5 liter engine developing 350 horsepower. The S-model also employs a turbocharger with variable turbine geometry. The new engines develop 35 more horsepower compared to those of the previous Boxster and are also up to 14 percent more efficient than their predecessors according to the New European Driving Cycle. EPA fuel economy figures will be available at a later date.

The completely retuned suspension and uprated brakes lay the foundation for exceptional performance and driving pleasure. The design of the new model line was also comprehensively improved. Every body part except for the luggage compartment lids, the windshield and the convertible top has been changed. Inside, a newly designed dash panel frames the cockpit. Furthermore, the latest generation of Porsche Communication Management (PCM) with a state-of-the-art touchscreen is included as standard. The navigation module is available as an option. 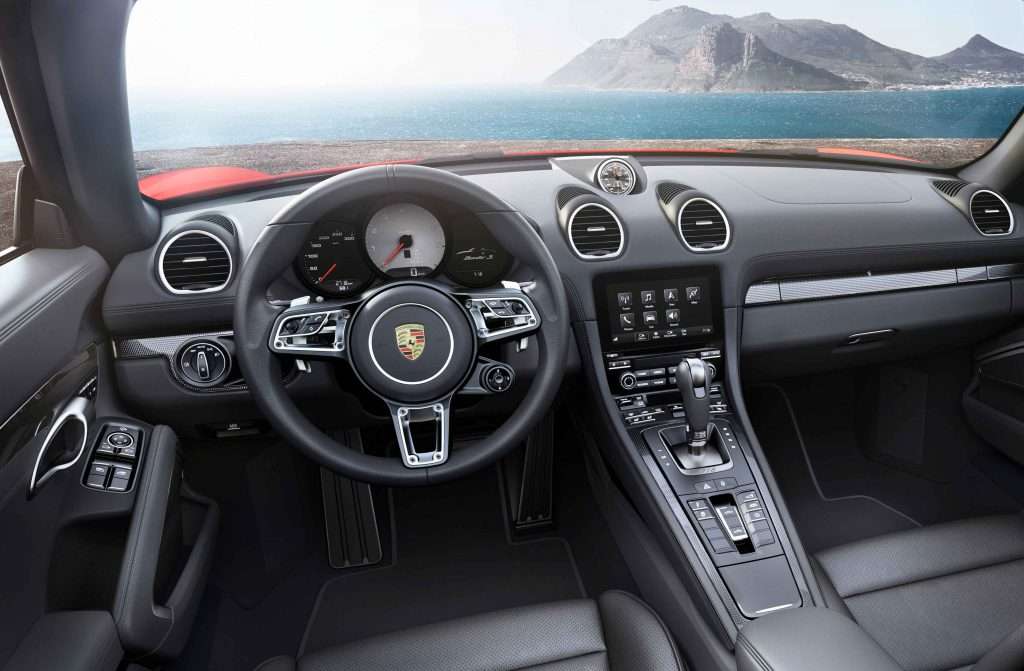 Efficient and powerful flat-four cylinder engines A completely new generation of turbocharged flat-four cylinder engines takes performance and efficiency in the 718 Boxster to new heights. Turbocharging significantly boosts torque. The two-liter engine of the 718 Boxster puts out 280 lb.-ft. of torque, which is available from 1,950 rpm to 4,500 rpm. To put this into perspective: The new engine makes 74 lb.-ft. or 36 percent more torque than the previous powertrain and does so over a much broader power band. The 2.5-liter engine of the 718 Boxster S develops 309 lb.-ft. from 1,900 rpm to 4,500 rpm – a 43 lb.-ft. gain over the outgoing Boxster S engine. 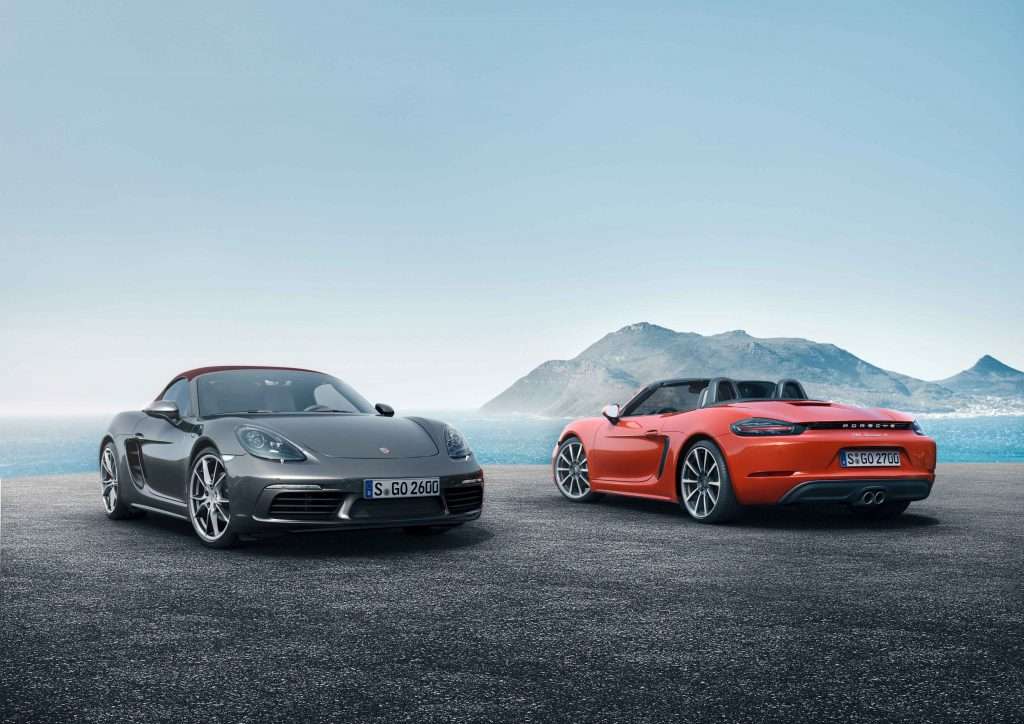