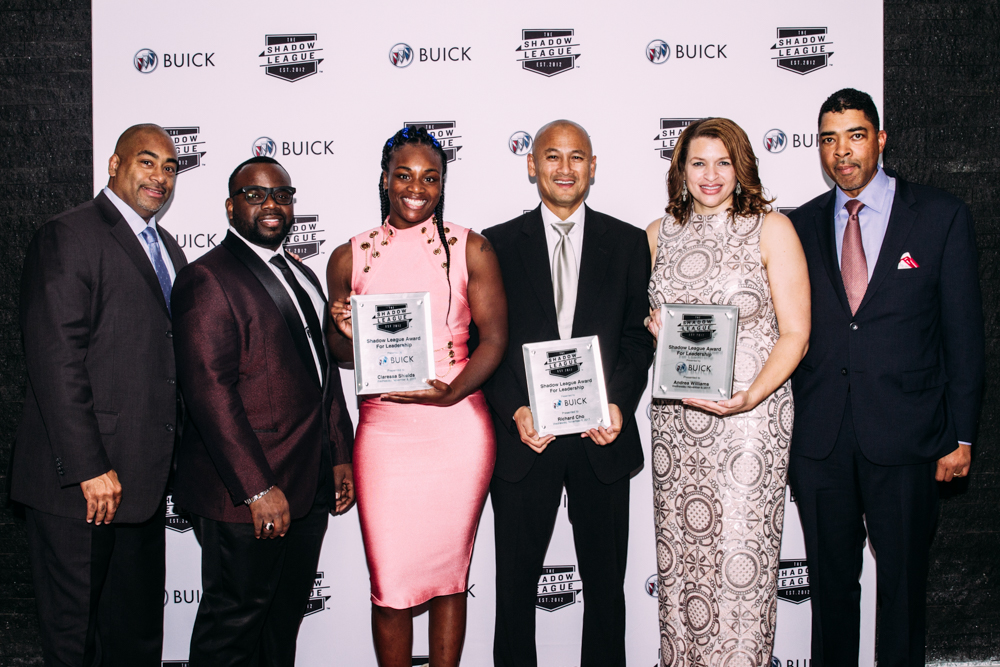 The 4th Annual Shadow League Awards presented by Buick held on Wednesday, November 8th at ESPACE (New York City), was a huge success.  Over 130 friends and supporters of The Shadow League were in attendance to honor three extraordinary trailblazers in sports; Richard Cho, General Manager of the Charlotte Hornets, and the first Asian American general manager in NBA History, Claressa Shields, Women’s WBC and IBF Super Middleweight Champion and the first American boxer to win consecutive Olympic medals, Andrea Williams, Commissioner of the Big Sky Conference and the first African-American Female to serve as commissioner for a Division 1 Conference.

During the cocktail hour, guests were entertained by the soulful and eclectic sound of Eliki.  DJ D-Nice rounded out the evening creating an uplifting spirited vibe with music from several genres that kept the audience on their feet.

Entertainment journalist,Gia Peppers, who among other things also serves as the voice of the Washington Wizards, served as the Master of Ceremonies introducing attendees to the honorees. 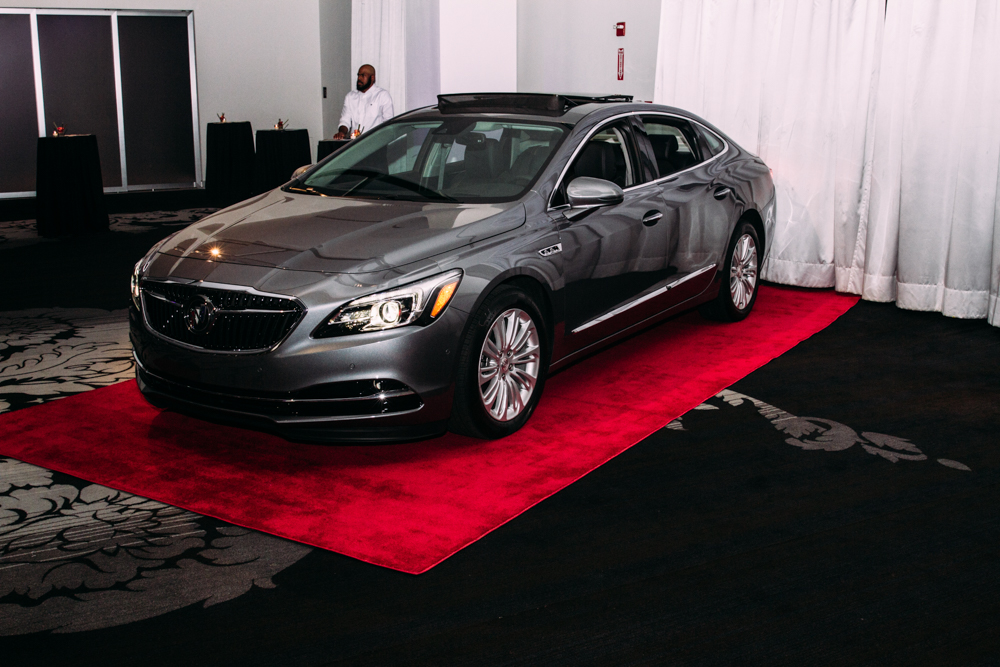 One by one, the attendees shared remarks that left the audience both inspired and in awe with Richard Cho rounding out the awards portion of the night with advice to those who are still climbing and aiming for their goals  “think outside the box, make some sacrifices, and do some things that you are not totally comfortable with.”

Buick’s partnership with The Shadow League has continued to grow over the past two years, including engagements during NCAA College Football and Final Four.

During the evening, both the Buick Encore and Lacrosse were on display for attendees to experience. 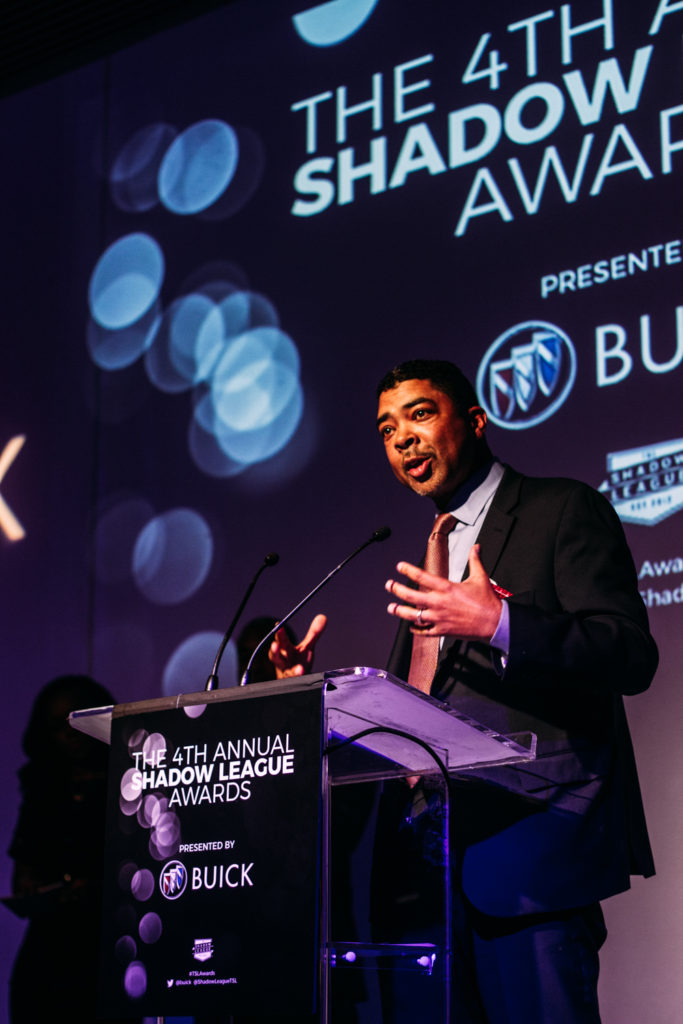 First introduced with the 2018 Enclave that went on sale in October, Avenir features unique styling cues, an extensive set of standard features, a more dramatic look and exclusive premium materials for customers who want more.

Features available on other LaCrosse models come standard on the Avenir, including a powerful 310-horsepower V-6, nine-speed automatic transmission, navigation and Bose Centerpoint Surround Sound premium audio, as well as a panoramic moonroof.

Since 2014, The Shadow League has honored and celebrated individuals in sports who excel and remove barriers outside of the mainstream. In an industry that inspires us all to utilize our determination and strengths in a positive way, there are unsung heroes who impact sports in ways that may not be covered on the nightly news, yet their impact resonates on the various courts, fields, arenas and in boardrooms across America. Previous TSL honorees’ have included David Rone, former President of Time Warner Cable Networks and Time Warner Cable Sports, Leonard Ellerbe, CEO of Mayweather Promotions, Christine Simmons, President & COO, LA Sparks and Terence Crawford, Unified Light Welterweight champion.