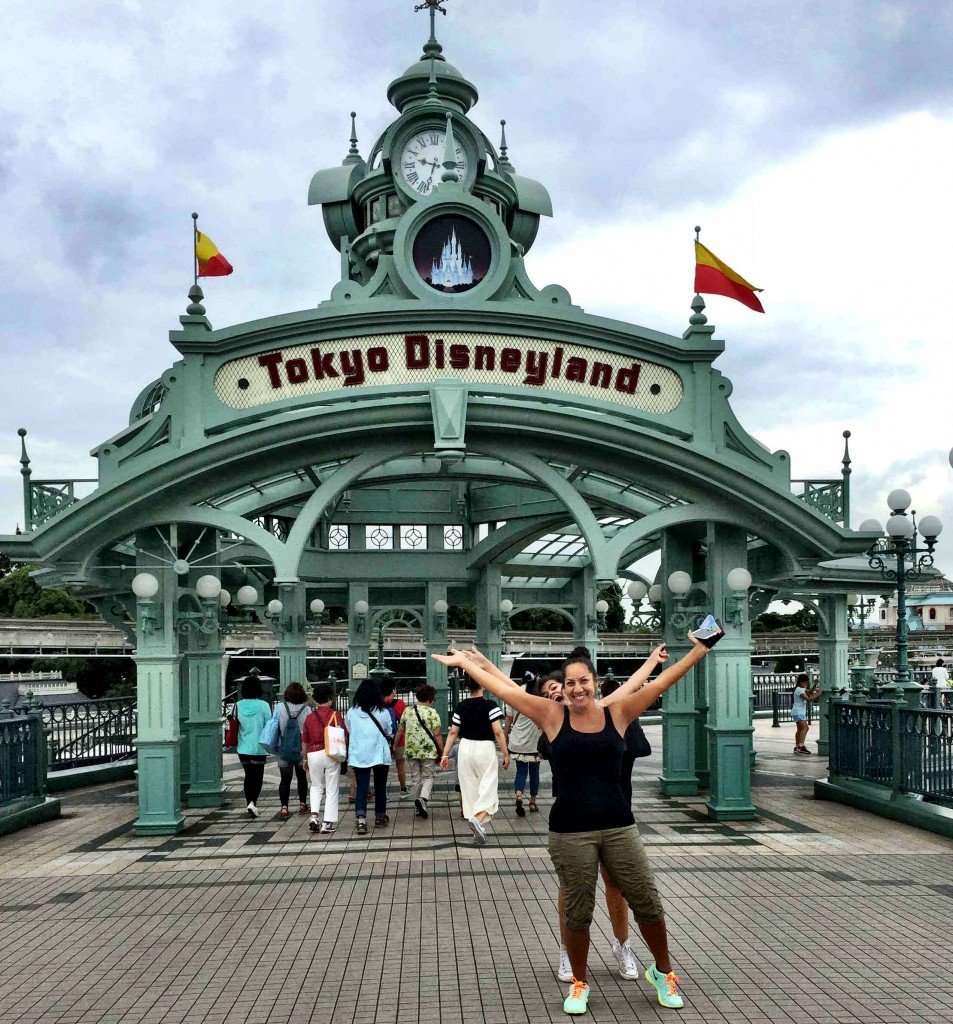 No matter the city, state, or transcontinental territory you venture to children are enamored by the wonderments of Disneyland from their spectacular rides and engaging theme lands to their impressionable fairytale characters and extraordinary attractions. Whether the kids are being entertained by Mickey Mouse, Goofy, Rapunzel, Jasmine, Nemo or Lightning McQueen — in person or on 3-D screens — the end result is typically equivalent. They walk away with an everlasting memory and become touched in unfathomable fashions. This allows them to dream deeper and think optimistically to infinity and beyond. Ask my youngest of 9 years and she will not only name her top 50 characters, but will also go into great details of each backstory. It’s simply amazing. 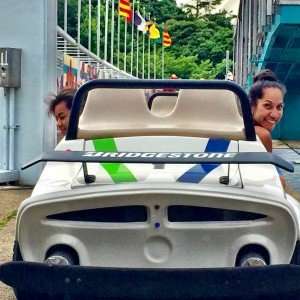 In honor of my wife Misa’s Japanese heritage we decided to venture to Tokyo from Fukuoka and treat our daughters (age 12 and 9) to the venture of a lifetime. More importantly it was Aya’s 9-year-old birthday celebration so Tokyo Disneyland Park has become a permanent marker in her long-term memory bank. A visit during the week to steer clear of heavy weekend traffic was smart. Our gamble paid off allowing us to effectively experience six of the seven Theme Lands: World Bazaar, Adventureland, Westernland, Critter Country, Fantasyland, Toontown, and Tomorrowland. Launched in 1983, Tokyo Disneyland is the first Disney park to open its doors after the inauguration of Disneyland in Anaheim, California in 1955. Unlike any other of its kind, Walt Disney stated that his facility should be “a happy place where adults and children can experience together some of the wonders of life, of adventure and feel better because of it.” I couldn’t agree more.

After arriving to Disneyland in Urayasu City by train (get off at the JR Maihama Station) a walk over a small bridge before entering the park left us sad as we glazed at the majestic Tokyo Disney Resort which was more kin to a Victorian Palace than a hotel. It’s the Japanese country’s first theme resort and serves as an entertainment extension of Tokyo Disneyland. Transportation convenience is provided by the Disney Resort Line monorail system so guests can visit all of the Resort’s facilities. In total there are three Disney Hotels to choose between.

Once through the pearly gates a walk through the early 20th century World Bazaar encapsulates your imagination with old town merchandizing, arcades, jewelry, fashion, toy emporiums, magic shops, and restaurants. Traditional melodies and sweet aromas ascertain your mind state is 100% focused on Disney. Organized chaos takes over before breaching the park’s highlight, which is Cinderella’s Castle in Fantasyland. In the Fairy Tale Hall you can visit the throne room and her infamous glass slipper. Our first ride here was Snow White’s Adventure — a creepy train ride through a dark forest, Seven Dwarfs Mine, and the Dwarfs’ cottage where witches, vultures, alligators, and ghostly trees tried to scare us off. 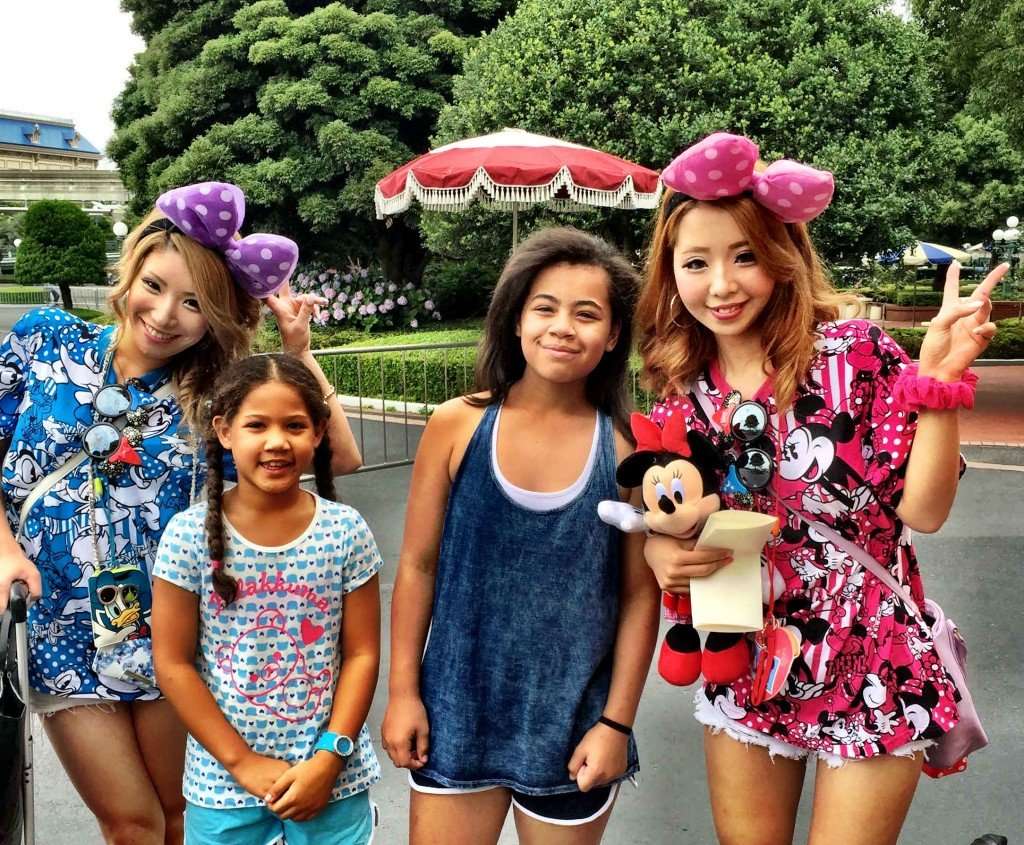 Westernland was up next and took us back to the Wild Wild West with cowboy and cowgirl attractions, halls, outfitters, dinners, and music. The Mark Twain Riverboat, Tom Sawyer Island Rafts and Big Thunder Mountain were the focal points for us. After two hours everyone needed a break from incessant walking so we stopped at Mickey’s PhilharMagic cinema house for a 20-minute 3-D special in the concert hall. It was ripe with eye-deceiving tricks, imaging brought to your seats, and actual wind and water sprinkles to go along with the mess Daffy Duck causes in the kitchen. He then finds himself in the ocean with Ariel, the Jungle with Simba, on set with Peter Pan, and flying on a carpet alongside Jasmine. We were tickled.

Back outside the kids people-watched for a moment to take in the joyful expressions of Disney patrons. It was a beautiful site seeing little girls in princess dresses and bows and adults donning Mickey ears. The Disneyland staff kept us engaged in Kimonos and Samurai outfits while the Dwarfs marched around and Monkeys danced to traditional Hawaiian melodies in Adventureland. After refreshing at Squeezer’s Tropical Juice Bar Aya and Mika played in the Swiss Family Treehouse before boarding the Western River Railroad for a tour around the wilderness.

In route to lunch we caught Minnie Mouse grooving with her Latin dance team at Theatre Orleans. The high-energy show was absolutely fantastic. Of course eating out remains nutritious for the Rawlins Family. Some of the healthful establishments that caught our eye were Squeezer’s Tropical Juice Bar and Fresh Fruit Oasis in Adventureland, Eastside Cafe and Restaurant Hokusai with vegetable tempura (both in the World Bazaar), and Plaza Restaurant located in Tomorrowland with rice bowls. Hokusai’s wait time was 40 minutes so we went with Eastside. For vegans and vegetarians like ourselves, explain to the host that you have dietary allergies and they will ascertain that dairy-free and meat-free needs are met. We grubbed on a hearty vegetable spaghetti pasta with a scant side salad. 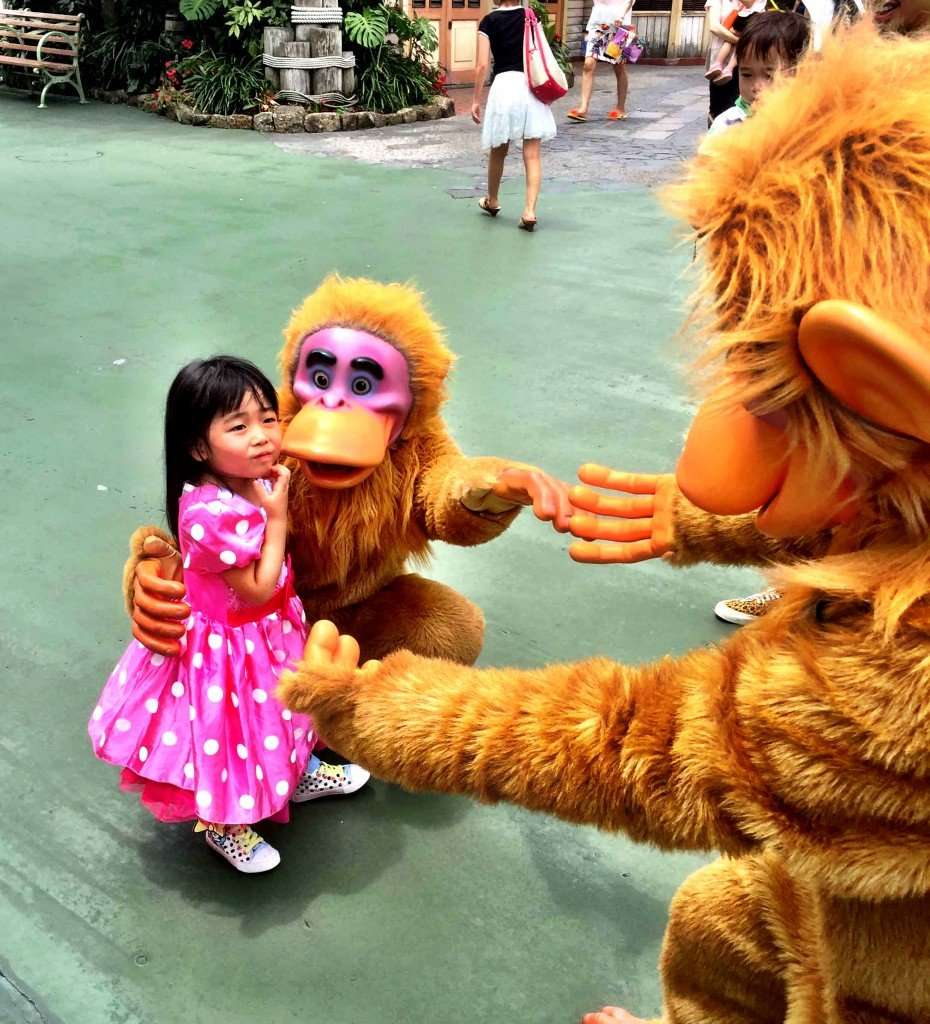 After refueling the girls and I scurried to Tomorrowland for futuristic journeys on interactive rides such as Star Tours where R2-D2 greets new recruits prior to entering the spaceship. The 3-D hyper ride in a Starspeeder 1000 escapes through the Galaxy and foreign biospheres like Tatooine and Naboo before a crash landing into a brave new world. Indeed this was the highlight thrill of the visit to Tokyo Disneyland. Following was a taxi ride on Monster’s, Inc. Ride & Go Seek and then on to the Grand Circuit Raceway. Unfortunately Space Mountain was closed for improvements.

As you can see our day trip to this fantasyland was absolutely brilliant. But make sure to chime in on a bit of Disneyland advice from the Rawlins Family perspective. The kids had their share of thoughts as well:

1) Arrive early to beat the crowds.
2) FASTPASS it as often as possible.
3) Wear dry fit gear and running shoes so discomfort doesn’t ruin your mood.
4) Eat a big, healthy breakfast before arrival.
5) Keep yourself and the kids hydrated.
6) Bring a portable charger for your phone.
7) Don’t leave the hotel or home without your camera!

For more information to book your Fit Fathers family escapade make sure to visit www.TokyoDisneyResort.jp. You will not be disappointed. Tanoshinde!

Disneyland will never be completed as long as there is imagination left in the world. – Walt Disney