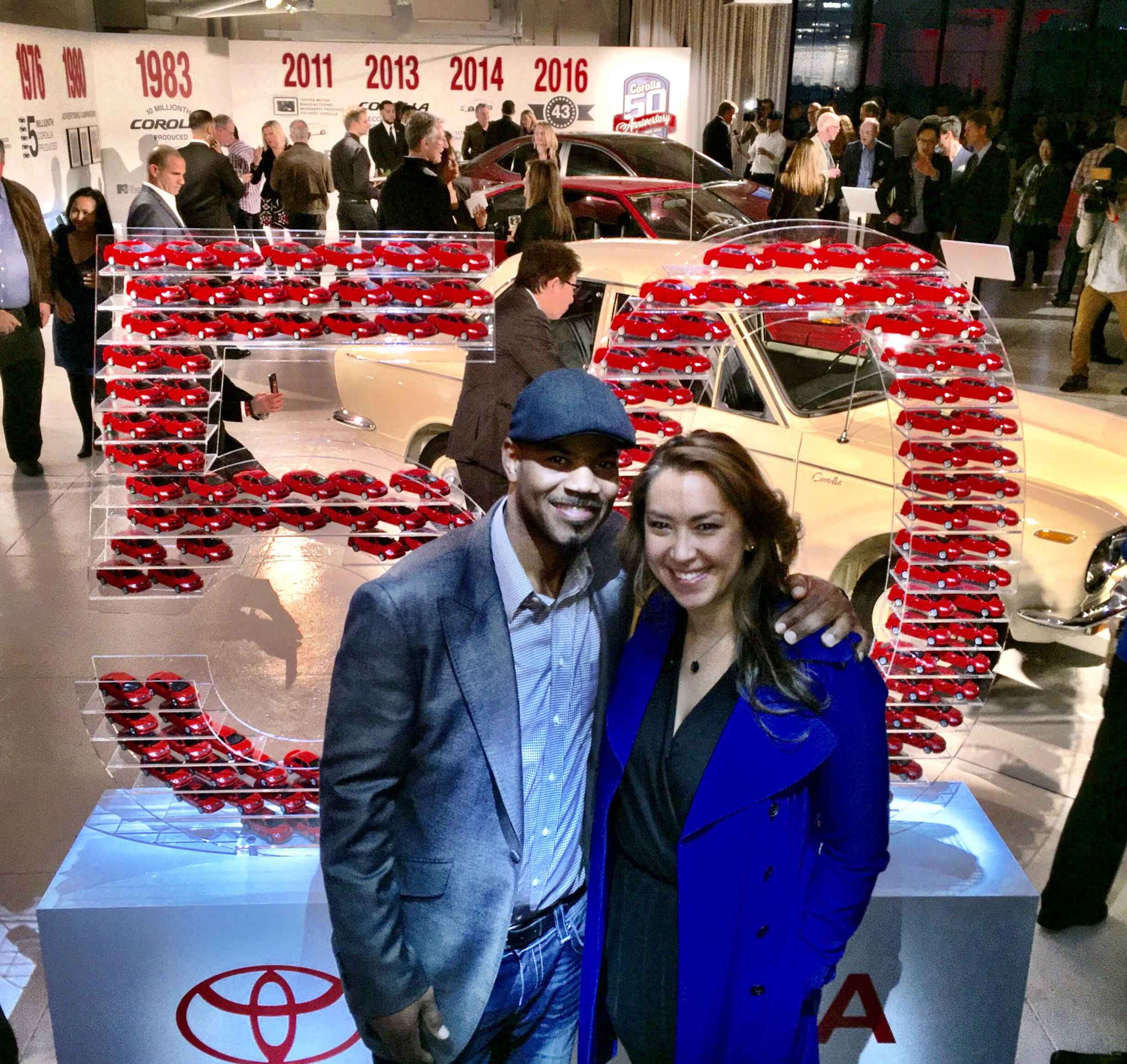 Actress Gina Rodriguez drove her Corolla cross-country to Hollywood to follow her dreams. Actress Hannah Simone learned to drive inside her dad’s pristinely kept Corolla. With more than 43 million vehicles sold over the last 50 years, the Toyota Corolla has been a part of more people’s lives than any car ever manufactured. To celebrate the Corolla’s status as the world’s all-time best-selling car and the important role it has played for millions of drivers, Toyota today launched the Corolla 50th Anniversary campaign – a year-long effort showcasing how the Corolla has powered more memories, milestones and moments than any car in the world.
Always focused on providing quality and style in one economical package, the first Corolla went on sale in Japan in November 1966, and came to the U.S. in 1968. The car proved to be an instant success, helping transform Toyota’s global reach and more than doubling its total annual production from 480,000 to 1.1 million vehicles from 1965 to 1968. Just in time for the Corolla’s 50th anniversary celebration, the 2017 Toyota Corolla receives a refreshed look and new features, including available Toyota Safety Sense-P technology and a standard back-up camera on all models. The 2017 Corolla XSE and 50th Anniversary Special Edition are on display at the New York International Auto Show. 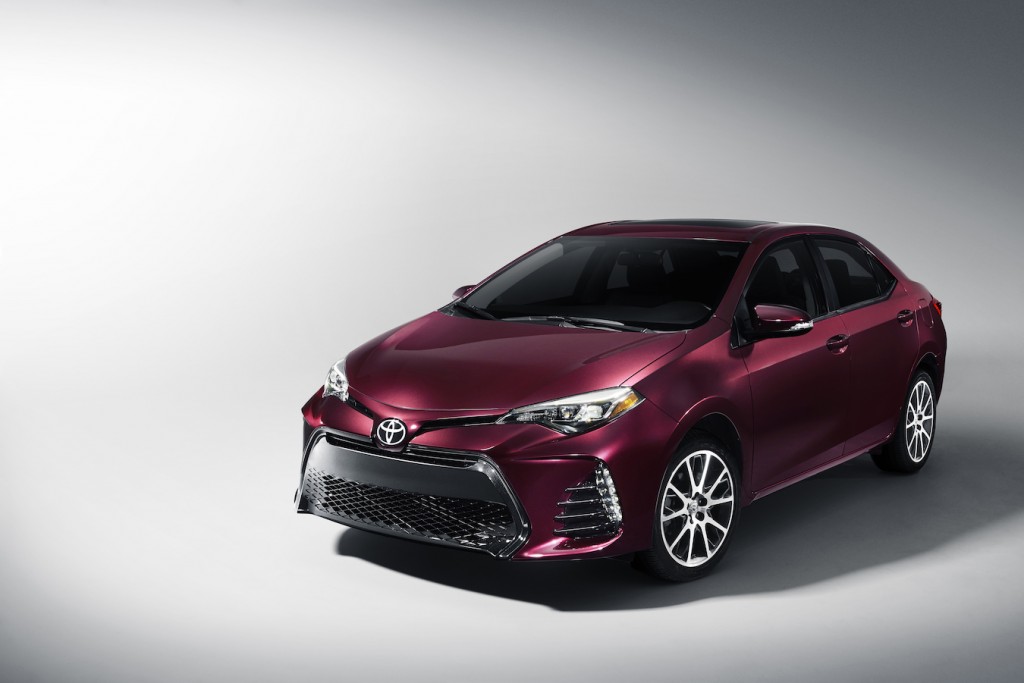 Exceptional and Everyday Stories
Corolla may be the world’s best-selling car of all-time, but for Rodriguez and Simone it represents fun memories and personal adventures. Each shared their humorous stories through a partnership with BuzzFeed, encouraging other Corolla drivers to do the same with the hashtag #Corolla50. The actresses’ videos and other Corolla 50th anniversary content will be featured at corolla50.toyota.com, a website dedicated to celebrating the Corolla’s 50-year heritage, driver stories and user-generated content tagged #Corolla50. The site also features a sweepstakes with the opportunity to win a 2017 Corolla. See corolla50.toyota.com for rules and information.
“I’ll always have a special place in my heart for my Corolla that helped me move from New York to Los Angeles,” Rodriguez said. “My Corolla meant so much to me because it held all the memories of my struggle and taught me strength early on. Happy 50th Corolla, and thanks for always having my back.”
Another influential voice who also began his career with a Corolla was none other than Akio Toyoda, president and CEO of Toyota Motor Corporation. A used 4-door Corolla GT captured his heart in the 1980s when he was fresh out of college.
“My used 4th generation Corolla 1600 GT was like a best friend to me. I shared my youth with it! That car showed me the joy of driving. It represented freedom, fun and first forays in the business world,” Toyoda said.  “Not only did my Corolla influence me and my own path, but this vehicle— supported by fans and customers—helped transform Toyota as a company around the world.”
The Corolla’s influence on Toyota is a result of its global reach and scale. From the start in 1966, Toyota planned to build 30,000 Corollas a month when at the time monthly production was only 50,000 vehicles total. But Corolla was an instant hit. Success in the U.S. helped global sales reach 1 million just four years after launch, and by 1970, Corolla was already the second best-selling import in the country.
Today, Toyota sells approximately 1.5 million Corollas globally a year. Workers around the world assemble Corollas at 16 plants worldwide, including at Toyota’s plants in Blue Springs, Miss. (since October 2011), and in Cambridge, Ontario, Canada (since November 1988). 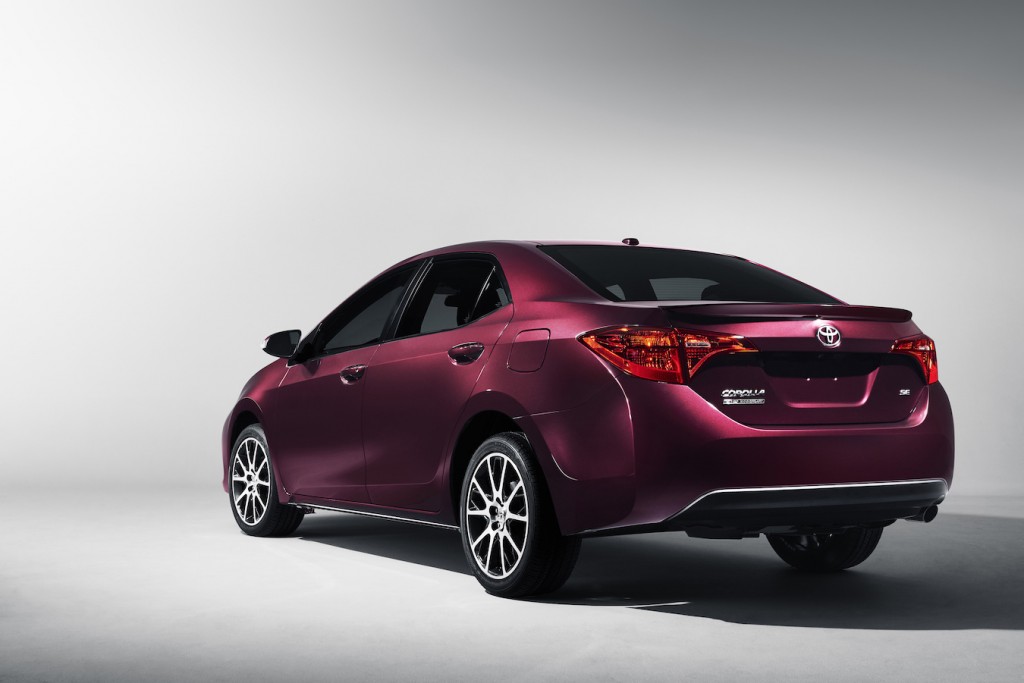 Contributing to its success, the Corolla has continued to evolve over five decades. Its first version ushered in new technologies like the MacPherson strut suspension, a compact engine with a five-bearing crankshaft, two-speed wipers and back-up lights. Drivers over the years fell in love with a variety of models from family-friendly sedans, the three-door “liftback” E50 and sports coupé E51, the fun-to-drive AE86 and all-new, sportier 11th generation Corolla. Fans can see representations from all 11 generations and create Corolla stories to share at corolla50.toyota.com.
New Look for Today’s Drivers
The 2017 Corolla gets exciting updates to match the styles and on-the-go needs of today’s drivers. All Corolla vehicle grades have available Toyota Safety Sense-P, which is a host of safety features including:

Drivers can feel confident the 2017 Corolla is a smart choice for their lifestyles. Standard features now include a back-up camera, bi-LED headlamps on L, LE and LE Eco grades, complex-LED standard on SE, XSE and XLE grades and a redesigned, upgraded interior, including audio enhancements focused on comfort and convenience. A more aggressive front grille and two new exterior colors give Corolla a modern look to match the spirited driving experience.
The newest Corolla will remain a standout in its segment with roomy rear seats, standard Bluetooth, and Entune Audio, available Entune Audio Plus with Connected Navigation (Scout® GPS Link App) or available Entune Premium Audio with Integrated Navigation and App Suite. Both the Entune Audio Plus and Entune Premium Audio systems move from a 6.1-inch screen to a 7-inch screen for 2017. Even after 50 years, the newest Corolla delivers against drivers’ needs wherever and whatever they are.
50th Anniversary Special Edition
Based on the sporty 2017 Corolla SE, the 50th Anniversary Special Edition package reflects Corolla’s continuous commitment to driver happiness. The custom package of features brings in exclusive details to celebrate the love this car earns around the world. Just 8,000 will be sold in the U.S.
The model includes:

Available in three exterior colors – exclusive color Black Cherry, Classic Silver, Blizzard Pearl – the special edition will be available beginning in Fall 2016.
Continuing Corolla Celebration
The New York International Auto Show gave Corolla a kickoff to a year that will continue to celebrate the love of its drivers. In June, a restored 1970 Corolla will crisscross the country from San Rafael, California to Moline, Illinois in the Great Race.  And all year, Toyota will continue to hold up drivers’ stories as the true measure of Corolla’s success.
For more information about Corolla history, visit www.toyota-global.com/showroom/vehicle_heritage/corolla/.