Volvo’s new S60 is a stunner 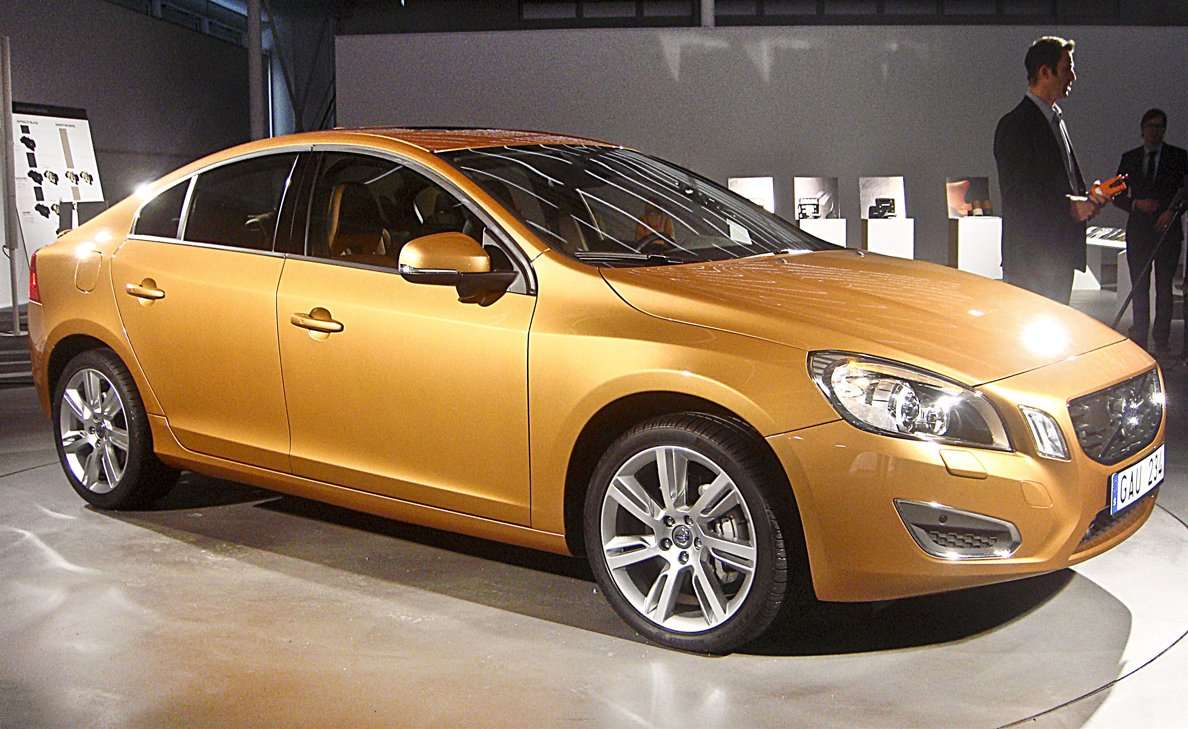 Gothenberg, Sweden – Who would have expected that one of the sexiest new models coming this year would be a Volvo?

In a special introduction Volvo invited a couple of journalists from each market to a preview in their design studios here at their headquarters and production facility. The official reveal will be at the Geneva Auto Show in early March.

Peter Horbury started the move to edgy Volvo designs with the C30 before moving up to Ford’s design chair. Now back at Volvo, he’s delighted with the evolution of pretty Volvos.

“Scandinavian design is often described with rational adjectives such as functionality, simplicity and clarity,” he said. “When creating the all-new S60, the design team also added in a modern touch, details that generate excitement, contrast and playfulness.”

Traditionally, when marketers range buyers along a continuum, Volvo buyers are pragmatic more than enthusiasts. They tried to design the S60 to appeal as much to enthusiasts by dialing up the style and sportiness.

Why this move away from Volvo’s traditional appeal? Because Volvo Cars President and CEO Stephen Odell said it was necessary. “The competition is razor-sharp and the customers know exactly what they want,” he said. “The emphasis is on emotional stance, sporty design and dynamic driving properties.” So out went the marching orders: this would be the most dynamic driver Volvo’s ever made. 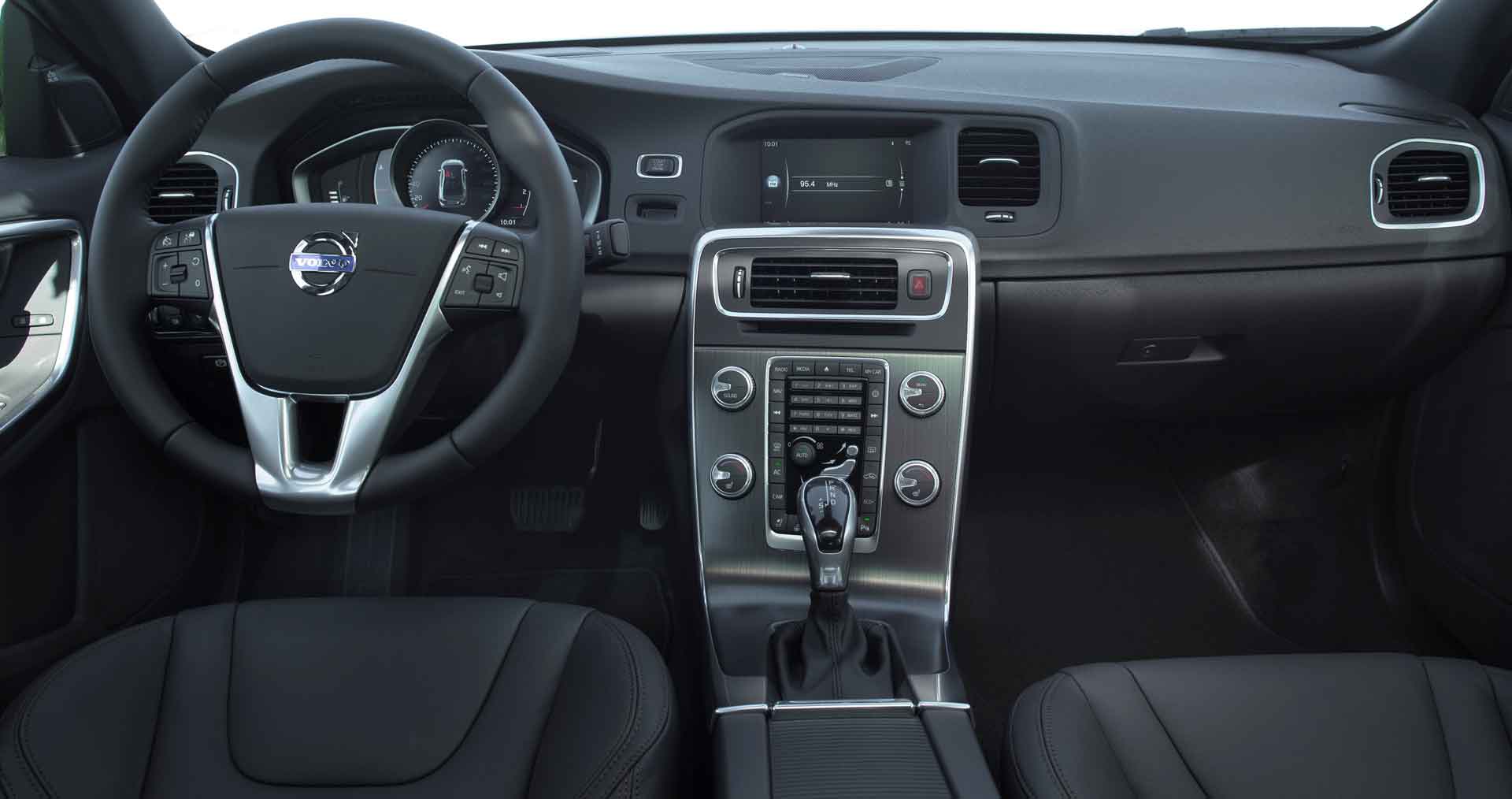 What really makes the car noteworthy is its looks.

It’s a modern, flowing, sophisticated design. Its proportions and lines are in harmony. The car that Volvo showed us was a copper color, which is pretty dramatic in itself for Volvo. The S60 design draws your eye again and again.

The car has nice big shoulders, which give it a sporty stance. In the rear, the tail lamp housings curve upwards into a nicely pronounced deck lid. No slab-sided Volvo this—the car’s lines are all curved and graceful. The car is slightly longer and wider than its predecessor and has a bit longer wheelbase.

Inside, the dashboard also gracefully curves, with a gentle, smooth line running to the instrument module. The dials are simple and easy to read. There’s also more attention to visible craftsmanship in the cabin.

You can choose fabric, fabric and vinyl or leather interiors, based on the trim line you choose. In the North American market, the introductory model—and currently the only model Volvo says they plan to bring in—will be the all-wheel drive S60 T6. That’s the top-of-the-line, so leather will probably be the only choice.

The car will have an infotainment system that Volvo calls “classic” radio style. That means there are knobs that you turn to change both the volume and the source. Their research showed very few people prefer any other type of tuning control. The premium system will use 12 speakers and five amplifiers, each producing 130 watts of power.

But it’s still a Volvo, so it has a strong sense of safety; in fact, it debuts some new technology that will help keep others safer. The one the Volvo engineers are most proud of is the “Pedestrian Detection with Full Auto Brake.”

Using radar and cameras, this system tracks pedestrians it can “see.” Should a collision become possible, it both warns the driver, and if necessary, brakes the car to avoid hitting the pedestrian. If the car’s speed is less than roughly 20 mph, it stops before hitting the person. At higher speeds, it significantly lessens the speed before impact, which is still better for the pedestrian than nothing.

The front-end design, in addition to being more attractive than most previous Volvos, is longer and lower. This lessens the impact area in a pedestrian accident and to throw them up and over the car rather that under it. Since nearly 11 percent of automobile fatalities are pedestrians in the U.S., this is a worthy effort.

The radar that provides this capability also runs the adaptive cruise control system. Volvo says this version will operate from 0 mph to the car’s top speed, which is more than 140 mph. In stop-and-go traffic, the car will stop, and if you push the resume button, the cruise control system will accelerate the car and continue to keep pace with the car in front. 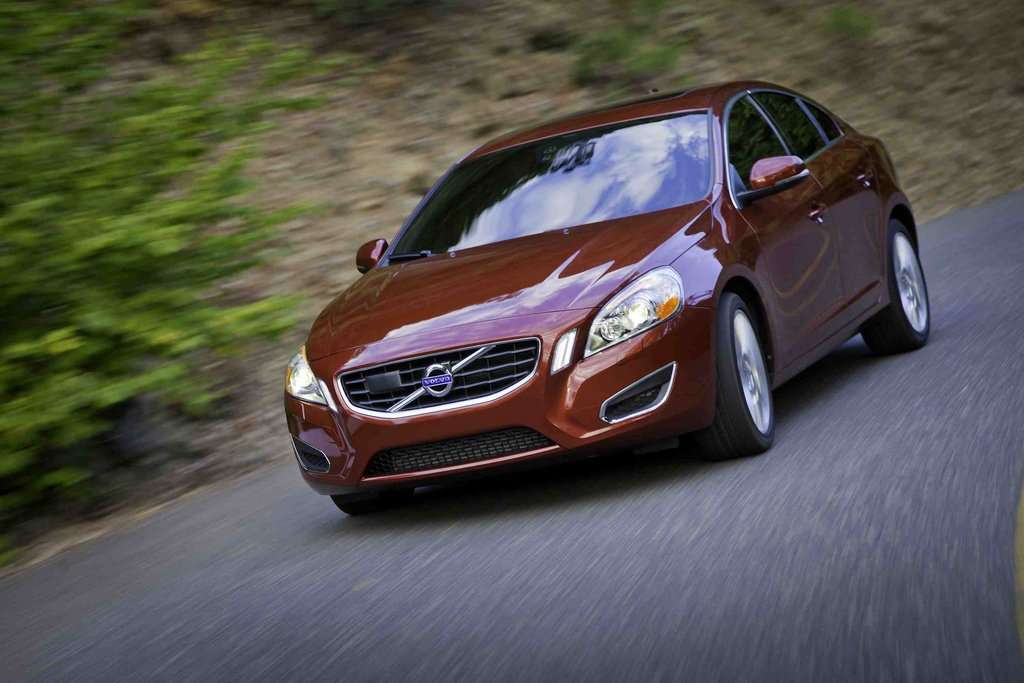 You also get a collision system that will warn you, and then beginning braking very hard when a collision is imminent. This, too, operates even at the car’s top speed. There’s also a blind spot warning system to let you know if there’s somebody lurking in your blind spot.

This system includes not only a rear camera backup system, but you can get front side cameras that help you to “peek” out at what’s coming at you from your sides.

Power will come from a 3-liter inline 6-cylinder engine that makes 300 hp., a nice round number in a car this size. All-wheel drive is standard. That power gets to the road through a second-generation shiftable 6-speed automatic transmission. New valves and lower friction mean faster gear changes than before.

To help you enjoy this power, Volvo’s S60 comes with a standard dynamic stability control system to keep the car under control when turning. It also has torque vectoring, a new system that operates when you’re turning and accelerating.  The system applies braking to the inside wheel when you’re not providing enough steering. If there’s too much, then it brakes the outside rear wheel to reduce oversteer and get the car back to going where the steering wheel is aimed. This is what all stability control systems are about, and you want them to be invisible.

Volvo is planning three suspension setups, ranging from “dynamic” to “comfort,” which will be characterized by stiffer springs and bushings, more damping and a stiffer steering column to improve steering precision. The standard suspension on the North American model will probably be the middle setup; European cars will get the dynamic settings.

One of the car’s primary purposes is to develop sales in emerging markets like China, among others. The company plans to sell 90,000 of the S60 sedans each year. It’ll be built initially in Belgium. A third of the sales are planned for Europe, a third in North America and a third everywhere else.

Since Volvo is tied to China’s Geely Automobile Company and will probably be bought by them, you could expect lots of attention in this market, particularly since Geely already has plans to build Volvos in China.

The first C60 appeared as a 2002 model but this latest version pulls itself away from what many see as Volvo’s traditional look. As the brand moves away from its North America focus, its focus will be much different than its past.

If this car is a glimpse of that, it should be an attractive future.